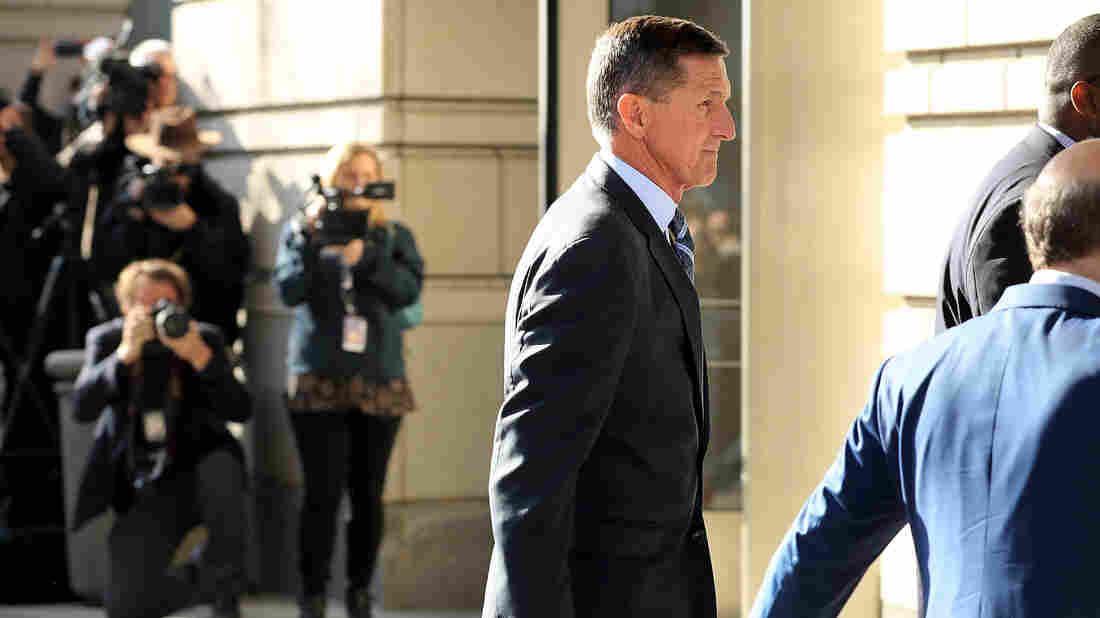 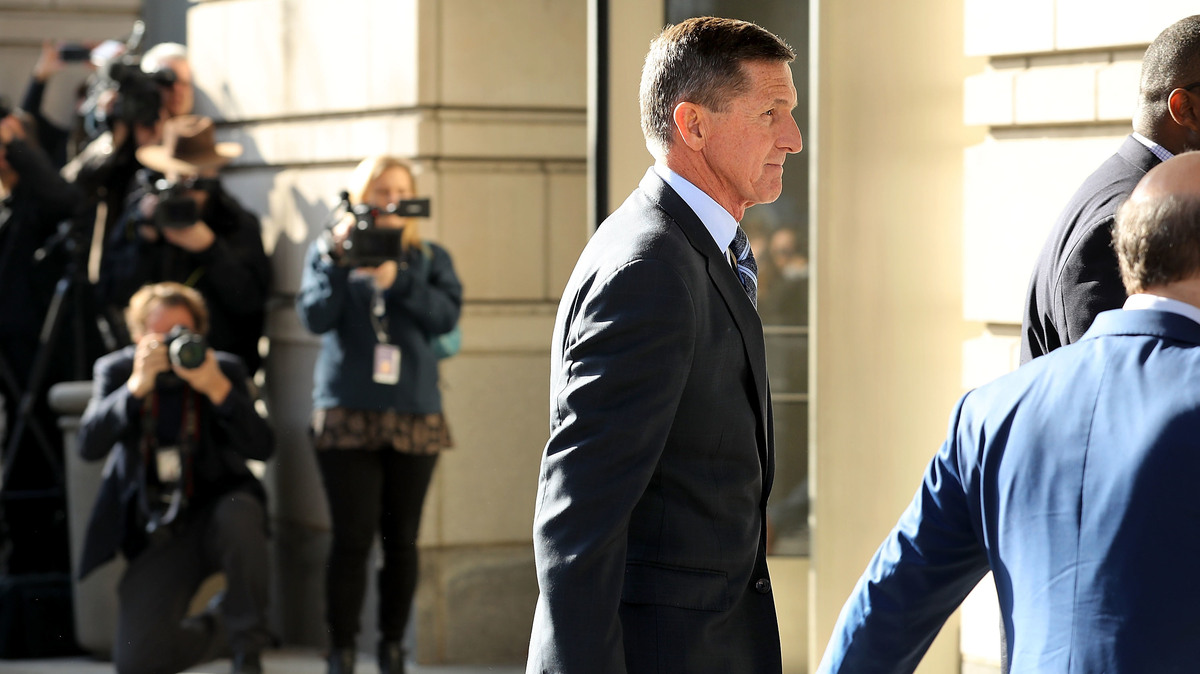 This week in the Russia investigations: Flynn makes a deal ... What other dominoes could fall? ... Donald Trump Jr. has another date on Capitol Hill.

Justice Department special counsel Robert Mueller is telling the Russia tale out of order. First came Act 1, presented a month ago: Russian agents importuned then-candidate Donald Trump's campaign in early 2016. Then, on Friday, Mueller unveiled Act 3: Then-national security adviser Mike Flynn actively coordinated policy with Russia at the end of 2016, as he and the nascent administration prepared to take power.

Now the question is: What happened in Act 2?

There is a lot of material out there already in court documents, congressional testimony and press reports. People in the Trump camp met with or communicated with foreigners and were aware of Russian offers of help and meetings with top officials. The Department of Homeland Security and the director of national intelligence confirmed publicly on Oct. 7, 2016, that Russia had been running a cyber campaign against the U.S. — and the breadth of the Russian effort's clandestine and overt aspects have been revealed since.

But was there ever a formal quid that made Flynn's discussions with Russia's then-ambassador amount to a pro quo? That was the question raised by Flynn's guilty plea on Friday, in which he admitted to lying to the FBI about his conversations with Russia's ambassador in late December 2016.

Flynn conferred with the Trump transition team to ask then-Ambassador Sergey Kislyak not to retaliate against the U.S. after the Obama administration ejected a number of Russian spies and imposed other sanctions in retaliation for Moscow's attack on the 2016 election. Trump had campaigned on better relations with Russia, and after Russian President Vladimir Putin didn't kick out an equal number of Americans, President-elect Donald Trump hailed him on Twitter.

So, was this the culmination of months of work together behind the scenes? Or did the Russians who met after the election with Flynn and Trump's son-in-law Jared Kushner only then say something like: "We helped your guy win. What will you do for us?" Or did any high-level coordination take place beyond the spasmodic examples documented in the press thus far?

Speaking Saturday morning before departing for New York City, President Trump again denied any coordination between Russia and his campaign. "What has been shown is no collusion, no collusion. There's been absolutely no collusion, so we're very happy," Trump said when asked about Flynn's guilty plea, according to a pool report.

Act 2 is the incomplete piece of the Russia story. And, D.C. is on tenterhooks waiting for it.

It takes a village

Court documents relating to Flynn do make several things clear: First, Flynn was conferring with transition team officials all along about his discussions with foreign officials, including Russia's. So he was not acting on his own as Trump first said — although Trump also said that he approved of Flynn's activities when he learned what they were.

Second, the documents establish there was more on Flynn's to-do list than the bilateral relationship between the U.S. and Russia. He was also talking with other foreign powers about an upcoming vote at the United Nations in an attempt to undermine the Obama administration. And a person familiar with the matter told NPR's Carrie Johnson that nobody "ordered" that effort — Flynn, Kushner, Steve Bannon and Reince Priebus all were working on it at the same time. That might violate a law that prohibits Americans out of power from negotiating on behalf of the United States — although it's one of those strange old laws for which no violator ever has been jailed.

Third, the Flynn court documents confirm that Flynn signed his plea agreement only on Thursday — just one day before his court appearance Friday. The story of the special counsel investigation is very much playing out in real time, before the eyes of the public. So in a sense, Flynn's plea restarts the clock on the imbroglio, or shifts it into a new phase. Now Mueller has the cooperation of a witness who was at Trump's right hand for 2016 and into the administration, one who is presumably willing to tell everything he knows as part of his plea agreement.

The Flynn news is perilous for other people in the Trump camp — especially Kushner, who remains in the White House. If Kushner was, on his own authority, directing Flynn to make accommodations with the Russians as part of a quid pro quo, that could be bad. If Kushner was the messenger from Trump, that could make things even worse for the administration.

Before the Flynn news, one of the big Russia stories during the week was the confirmation that Kushner had talked with Mueller's investigators. But perhaps because of that — or because the White House knew what to expect from Mueller on Friday — Kushner's stock inside the White House already had reportedly been ticking down.

The New York Times and The Washington Post fired off twin salvos recently that described a diminished role for Kushner from his initial mandate of doing ... everything. In fact, the Times raised the prospect that he and his wife, Trump daughter Ivanka, might quit Washington, D.C., altogether within the next few months and return full time to New York City (a prospect Kushner himself disavowed in speaking to the Post). 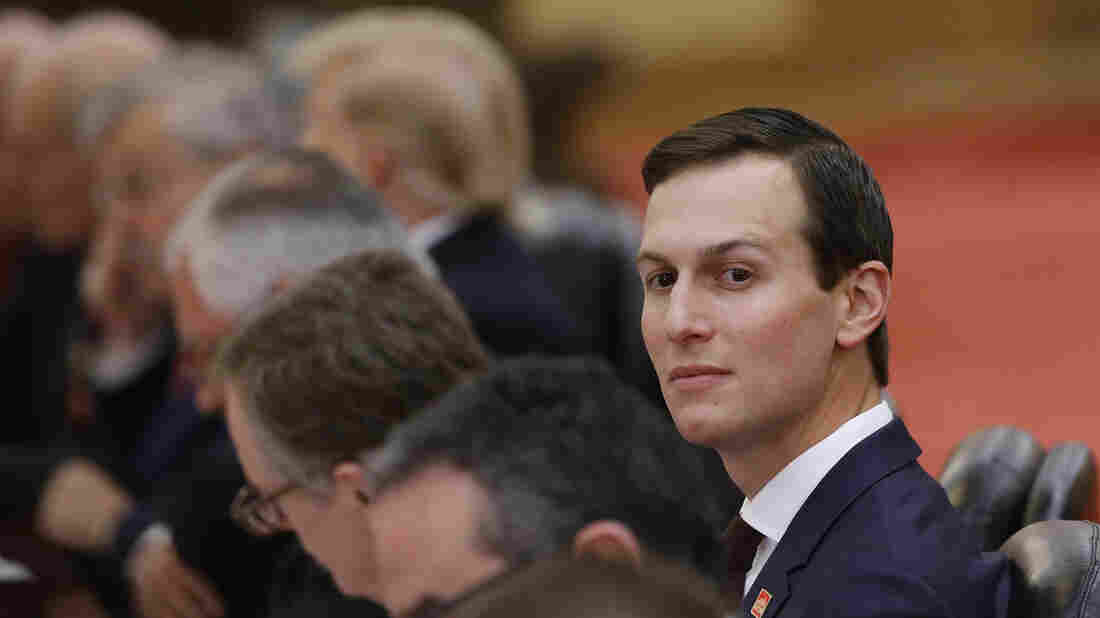 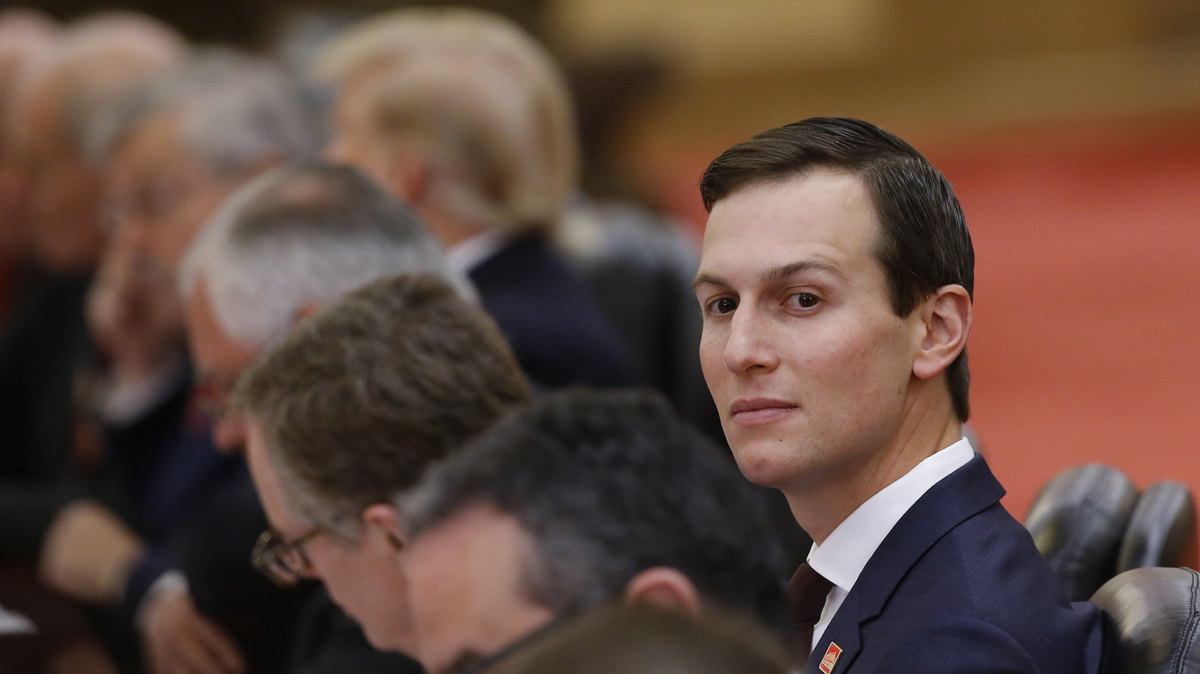 That was before Flynn turned state's evidence, however, and now that he is cooperating, investigators could have many more questions for Kushner and others.

Amid all the late-breaking upheaval, Donald Trump Jr. has a date in Washington next week for a round of questions with the House Intelligence Committee. It'll be at least his second visit to the Capitol to meet with members of Congress; he last ventured down from New York to meet with the Senate Judiciary Committee in September.

Trump Jr. has among the most connections — based on what we know now — to foreigners involved in Russia's 2016 attack on the election. He accepted what was described as an offer of help from the Russian government and convened a meeting with a Russian delegation at Trump Tower in June 2016. He acknowledged communicating with WikiLeaks, which released material stolen in Russian cyberattacks to great effect during the 2016 presidential race.

What does Trump Jr. say about it all? This: "Keep coming at me guys!!!"

The president's oldest son is outspoken on social media and has been making campaign-style personal appearances, including one for which he was paid $100,000, as Drew Harwell reported for the The Washington Post. If Trump Jr. is worried about legal trouble for the actions he has acknowledged, or other things still unknown, he isn't showing it. He insists he has done nothing wrong.

Attorneys say he intends to keep cooperating with congressional investigators and others, but if the past is any guide, don't expect a big dog-and-pony show. The last time Trump Jr. was in the Capitol he slipped in and out without a fuss.

The 'chaos' theory cuts both ways

People in the Trump orbit have sounded a very similar note when explaining their experience on the campaign trail last year: It was frenzied and frantic, and they could barely hang on. In some cases, it was their first time on a presidential campaign. So if they might have taken part in meetings or had communications that critics call suspicious in retrospect, it was all a blur.

Meaning what? As one legal expert told NPR, the question about how effective the chaos defense might be in court depends heavily on which charges prosecutors might eventually bring.

Feds only warned a handful of cyber-victims

The FBI didn't notify "scores" of U.S. officials and others that they were being targeted by Russian government cyberattacks, Raphael Satter, Jeff Donn and Desmond Butler report for The Associated Press. Russian spy agencies launched a broad cyberattack against about 1,000 targets starting in 2015.

Meaning what? The story underscored what has been called the slipshod response to Russia's campaign by the Obama administration generally and the specific, individual charges of nincompoopery against the FBI. There could be more embarrassments depending on what Republican-led House committees uncover as they continue or begin investigations into the FBI's conduct last year.