Accessibility links
A Spurned Housewife Turns Stand-Up Comic In 'The Marvelous Mrs. Maisel' Rachel Brosnahan claims not to be a comedian, but in a new Amazon series about a 1950s woman with a hidden talent, she certainly plays one on TV. 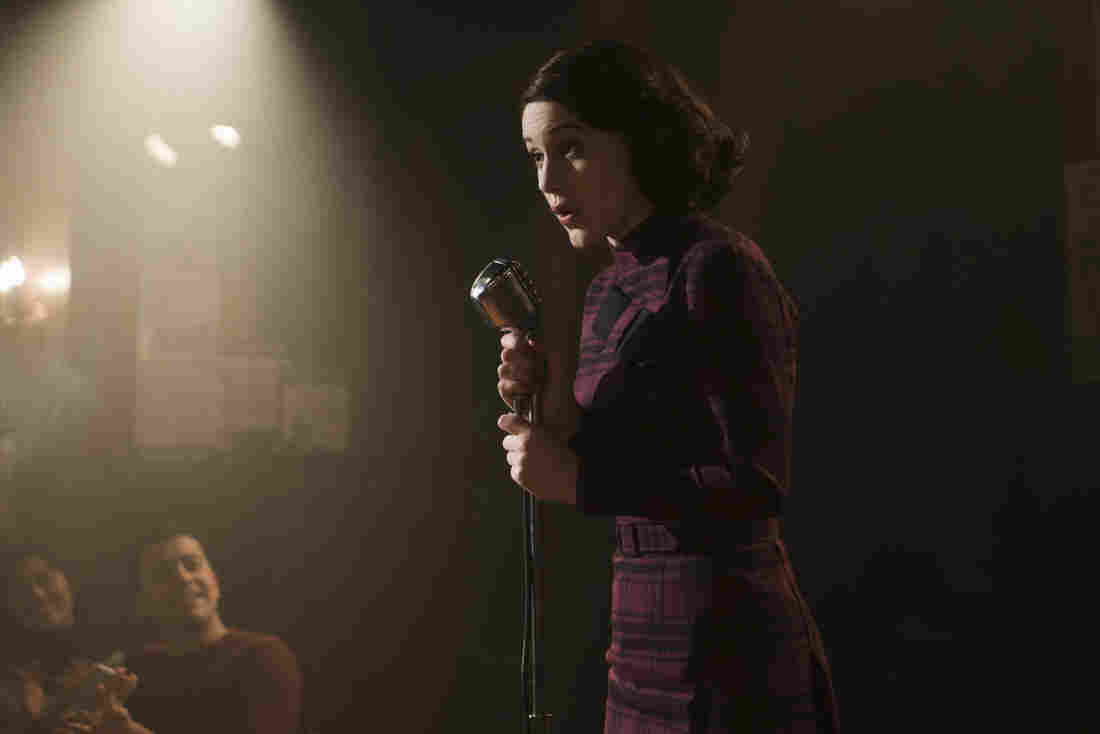 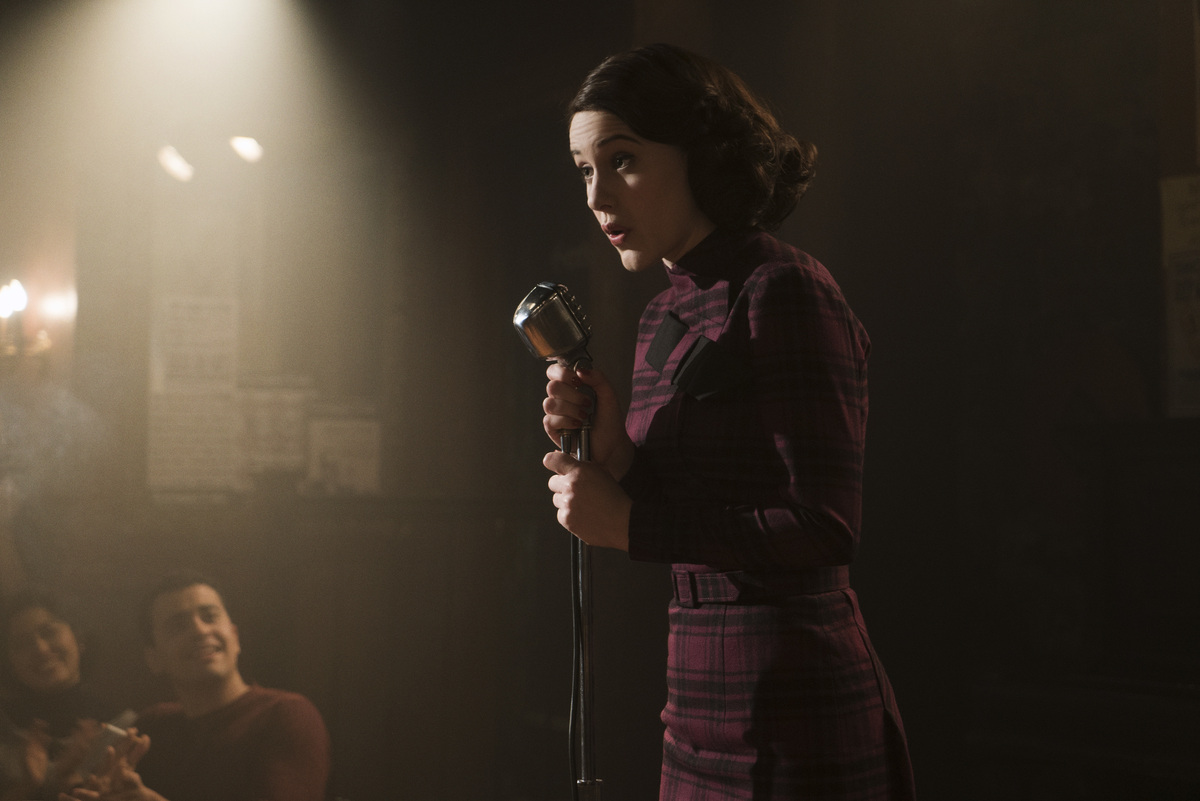 Rachel Brosnahan stars as the spurned housewife who discovers a talent for stand-up comedy in The Marvelous Mrs. Maisel.

When does a comic first realize that he — or she — can make people laugh?

For 1950s housewife Miriam Maisel, perhaps it comes when she gives a toast at her own wedding. But in the new Amazon series The Marvelous Mrs. Maisel, it takes the breakup of her marriage to get her to venture, desperately, on stage.

Rachel Brosnahan is Miriam "Midge" Maisel, Alex Borstein works at the Manhattan comedy club Midge frequents, and Tony Shalhoub and Marin Hinkle also star in the series created by Amy Sherman-Palladino and Daniel Palladino. The lead character may be a budding comedian, although in our interview, Brosnahan is quick to deny that she herself is a comic.

"No, I am most definitely not a comic," she says. "That is a badge of honor I cannot claim to wear. I am an actress, and that's how I approach this role."

On the influence of female comedians like Joan Rivers, Phyllis Diller and Totie Fields

They're the pioneers. They are extraordinary women of comedy. But I also looked to a woman named Jean Carroll, who is a little bit lesser known, as well, but one of the first female stand-ups.

Joan Rivers, certainly. I think a lot of Midge's sense of humor is very similar to Joan's – the kinds of taboo subject matter that they explore. But the comedy comes from a very different place. Obviously, Midge's comes from the fact that her whole life has fallen apart, and Joan Rivers' came from the fact that she felt like she never fit in – she felt like an ugly duckling. Midge, meanwhile, fit in better than everyone else. So they arrive at similar subject matter from very different places.

On Midge's beauty routine scene, where she gets up in the middle of the night to do her makeup before her husband wakes up

Well, it says a few things. I think to a modern audience, me included, I see a scene like that and go, "Gosh, what a terrible burden to have to perform that level of perfection all the time." But for Midge, genuinely, it's something that brings her joy. It's something that makes her feel accomplished. And I think there is an unrealistic expectation that was placed on women then, and arguably still is today. But it's a challenge that she enjoys rising to.

On if she is learning along with her character

Absolutely. This is brand new to me, the comedy thing. It's crazy, it's so scary — but also thrilling by the same token. I've always said I wanted to do things that scared me. And for quite a while in the series, these stand-up sets of Midge's are just her talking, off the top of her head, and as an actor, that's something I have a way into. And I got to adjust to this rhythm, and her sense of humor — and Amy's sense of humor, which obviously are mostly one and the same — and by the time we reached a point where Midge was honing jokes, and learning to work a room, and to read an audience, and to have a genuine interaction with them in the moment, that was something that I was learning alongside her.

Sarah Handel and Courtney Dorning produced and edited this interview for broadcast, and Patrick Jarenwattananon adapted it for web.