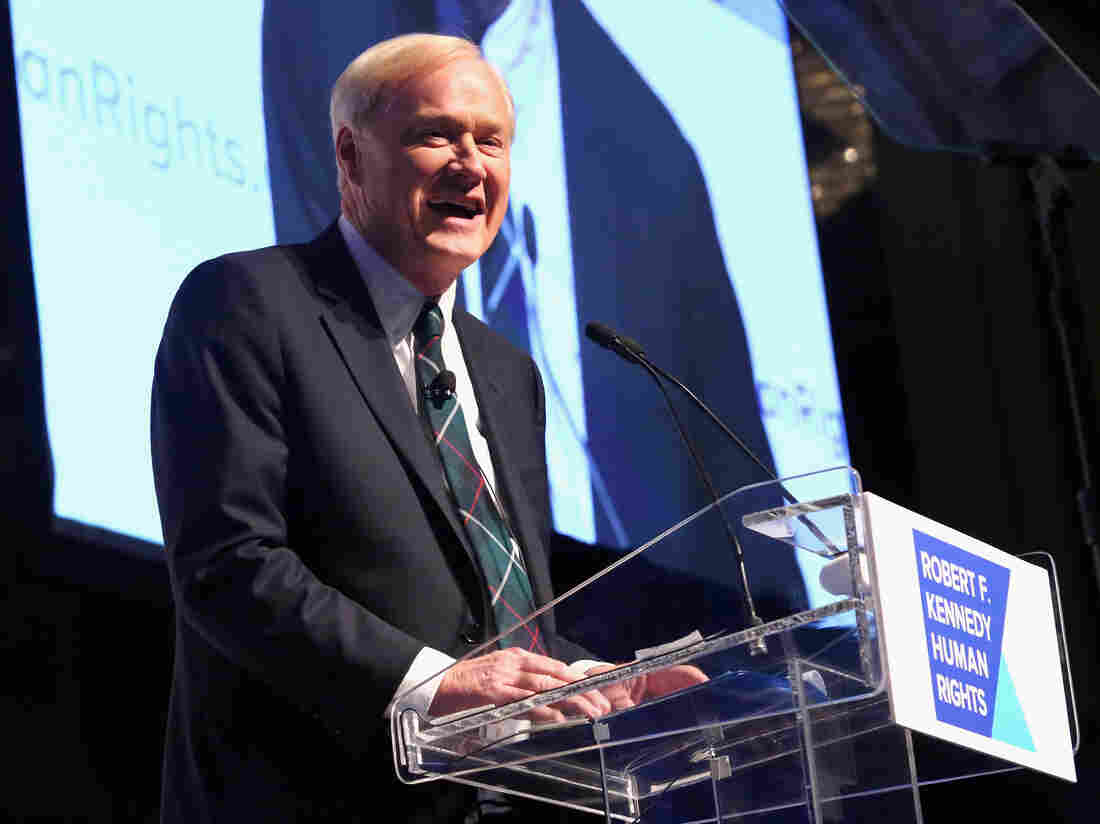 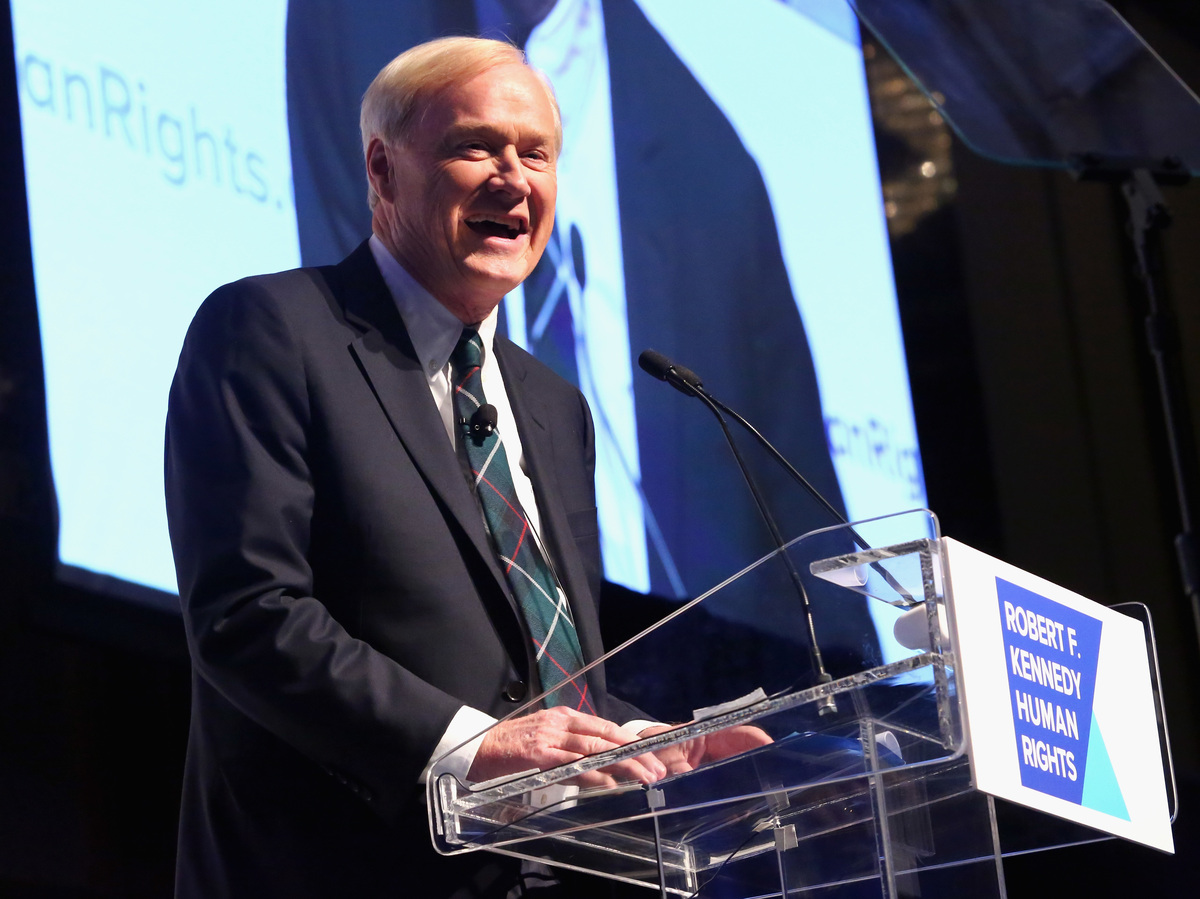 Chris Matthews speaks onstage at the 2015 Ripple Of Hope Awards in December 2015 in New York City. 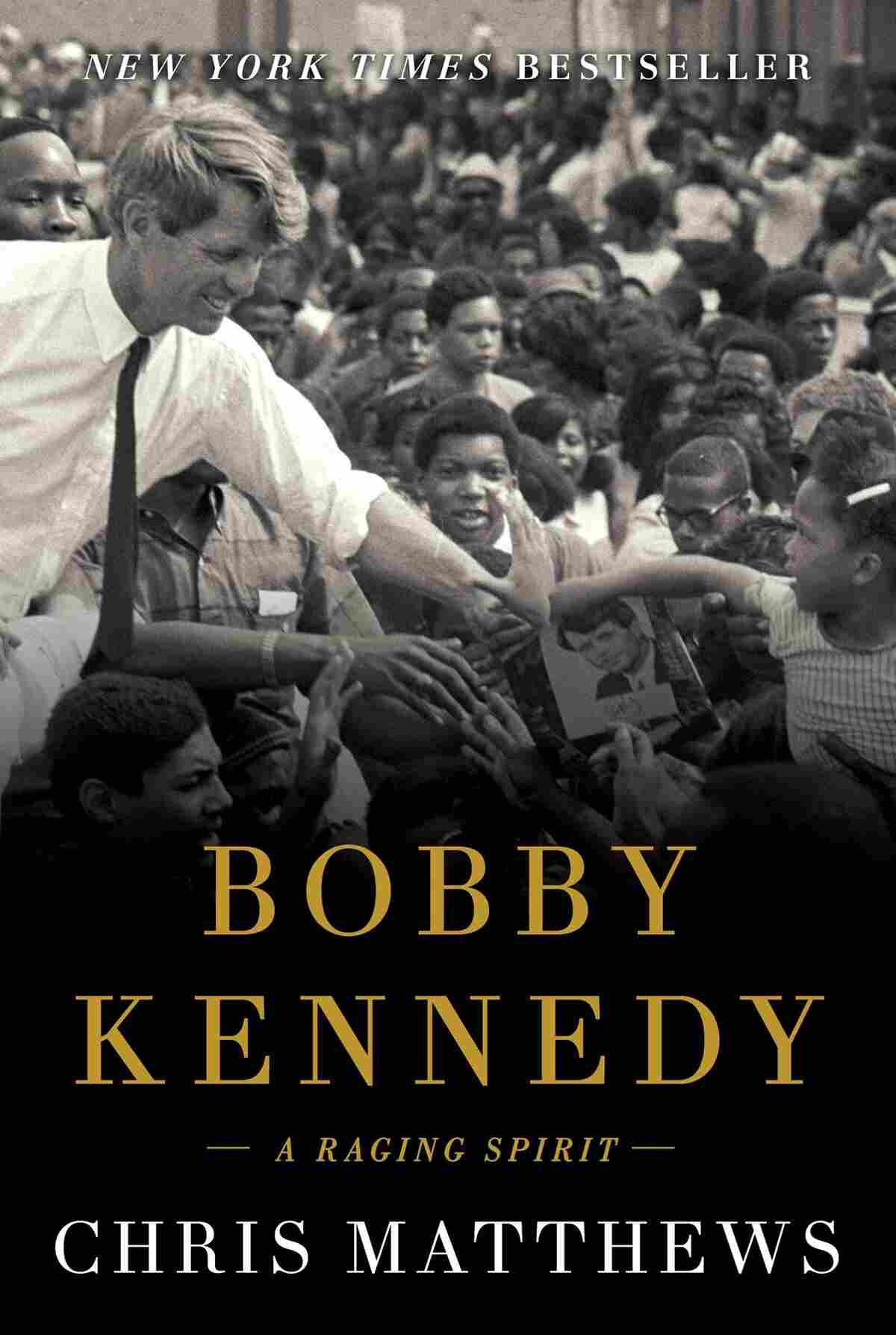 Chris Matthews, host of MSNBC's Hardball, wrote a new book on Robert Kennedy, holding the compelling figure up to the light of history. It raises the question: Do voters in the U.S. permit their politicians to change their minds, learn and grow throughout their lives?

Matthews recently met with NPR's Scott Simon to discuss his new book. During the interview, they discussed Kennedy's life and political career — but also the situation regarding Today show host Matt Lauer, who was fired for sexually harassing women.

On the pervasive sexual abuse in media

You know I think, maybe this seems odd to believe, but men, I don't think talk about these things with other men. I know all these cases like you and everyone listening and they come as a surprise even to people who even know them. When I think about a Charlie Rose, I think: "Can you shorten the question a little bit?" And when I think about, man, you got that Humphrey Bogart upper lip and you ask the tough questions and people like you: How do you do that? How do you seem so tough and likeable?

I look at them professionally. I look at Charlie Rose and I say when do you sleep? I mean he was doing the morning show, getting up at five in the morning, doing the night show, he tapes — but having this social life on the side. How does — and I heard he sleeps at four different places and he gets a few hours sleep here and there. ... That's the level of which I understood Charlie. I also wondered why he never got married and those kinds of things.

In each case, they're dealing with individual people who were cognizant, who have memories and feelings, and anger. And in every case they were creating a problem. 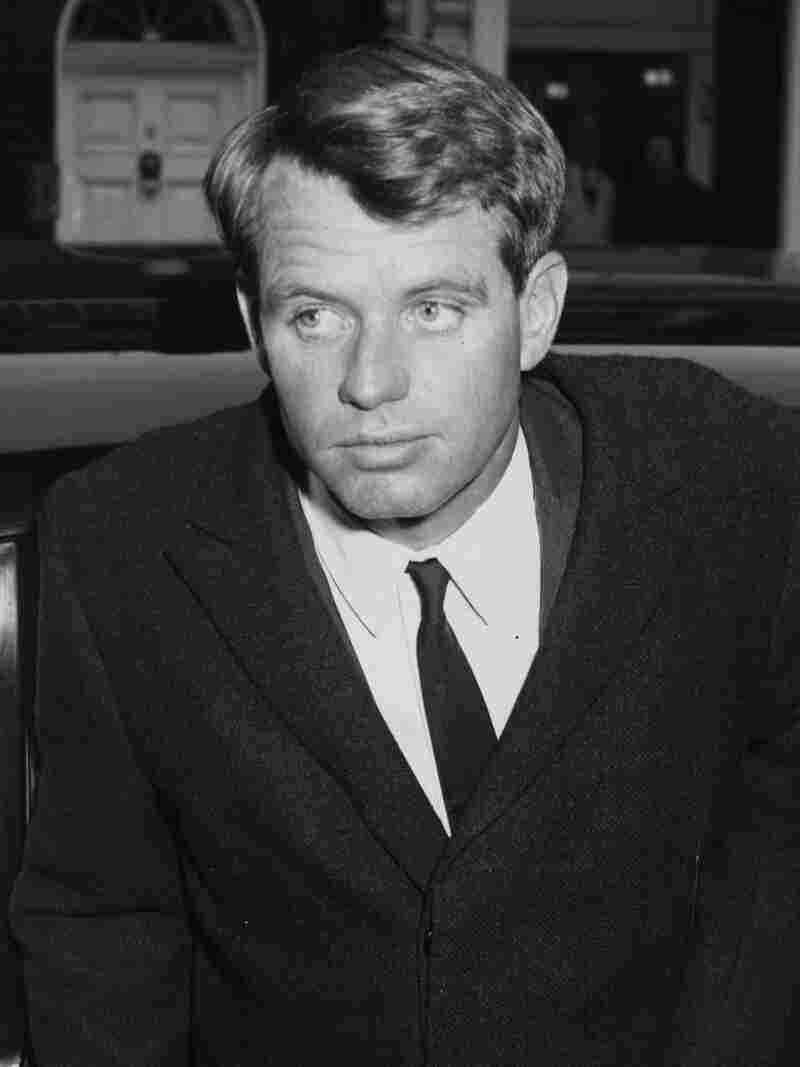 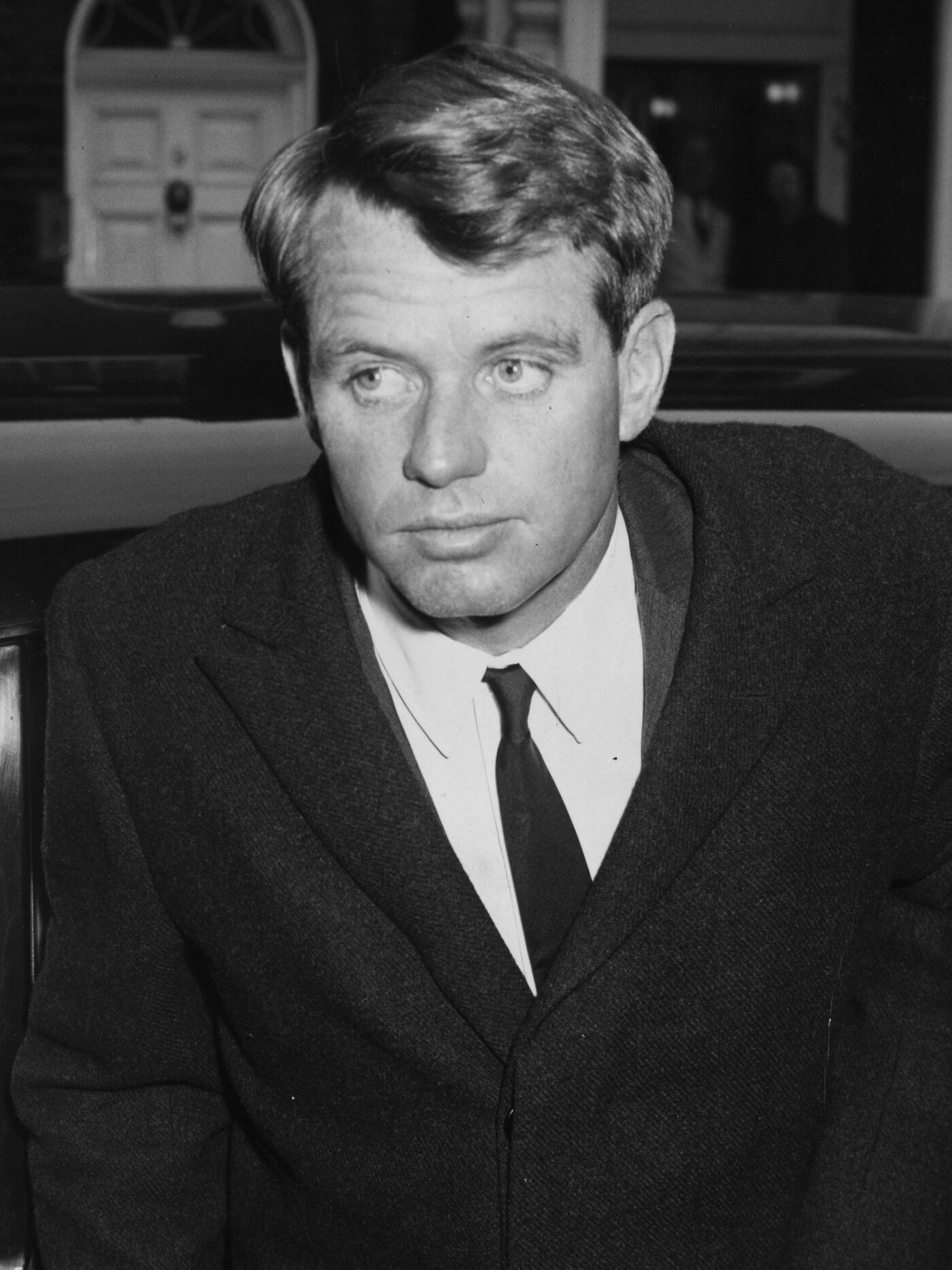 On what Robert Kennedy would say today

I think of the train tracks in New Jersey and that grim June day in 1968 when his body was taken down from St. Patrick's in New York down to Arlington to join his brother. And the people who spontaneously showed up along the tracks, the African-Americans of Baltimore who began to sing. And this was something that had never happened in America, they began to sing the Battle Hymn of the Republic. They learned it at church, they knew all the verses! And then the poor white people, really dirt poor white people saluting him as a patriot. Someone had an affection for him in a patriotic sense.

I think this is something we really need today: unity.

I think that shook him deep to his soul, but I think the other thing that happened was his father's stroke. He had to get his father off his back. Joe Kennedy Sr. was a formidable but, I think, menacing figure in his life, who took a sweet, young, seventh-born — who he had called a "runt" — and encouraged him to become tough and ruthless; first a jock at Harvard, getting his letter with a broken leg. Then becoming this enforcer for his brother — that's what won finally the attention of the old man. And only when he was tough did the old man respect him.

And I think when his father became incapacitated, Bob began to resort to who he was as a kid. As a kid he hung around all the time with African-American kids — those were his playmates. When Father [Leonard] Feeney said "no salvation outside the Catholic Church," [Robert Kennedy] railed against that, which was so extraordinary in that very Catholic family.

He insisted that the great African-American statesman [Ralph Bunche] get to speak to an integrated audience at [the University of Virginia] when he was in charge of a lecture series down there. There's all kinds of evidence of Bobby Kennedy being a liberal — in the best sense of that word. And I think it just came more to life after [John F. Kennedy] was gone and after the old man was out of action.

Read an excerpt of Bobby Kennedy

On how public figures can change in public

I think the hardest thing for him, and to me the sweetest thing in the book was his evolution on Joe McCarthy. There's no doubt that he loved the guy, it came through right to the end when he was driving in the car to the national airport, and Kathleen, his young daughter said he was so stricken by the news that McCarthy had just drank himself to death at Bethesda [Naval Hospital], that he drove around the airport three times. He was just destroyed. And he ended up sneaking off to the funeral and the burial site to try to protect his brother. But he did come out against [McCarthy], he wrote the resolution against him and he tried very manfully to avoid committing those mistakes when he ran the rackets committee.