Accessibility links
Mueller Removed FBI Agent From Russia Probe Over Anti-Trump Messages Newspaper reports about the agent's removal came just a day after Robert Mueller's team revealed a plea deal with a key figure in the Trump campaign — a sign the probe could be in a new phase. 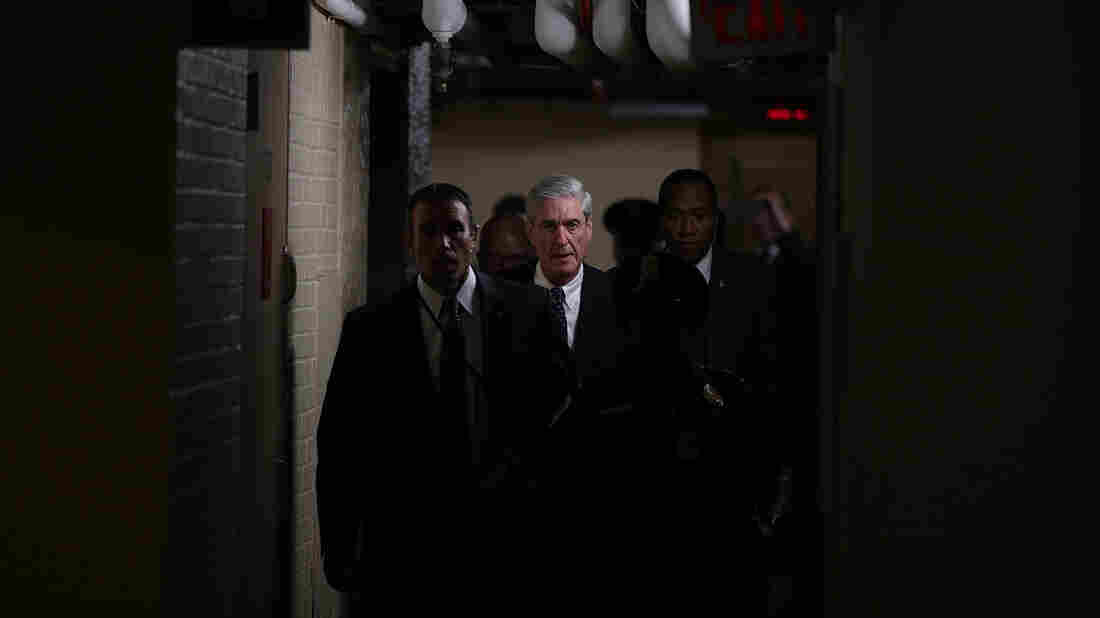 Department of Justice special counsel Robert Mueller leaves after a closed meeting with members of the Senate Judiciary Committee in June at the Capitol in Washington, D.C. Alex Wong/Getty Images hide caption 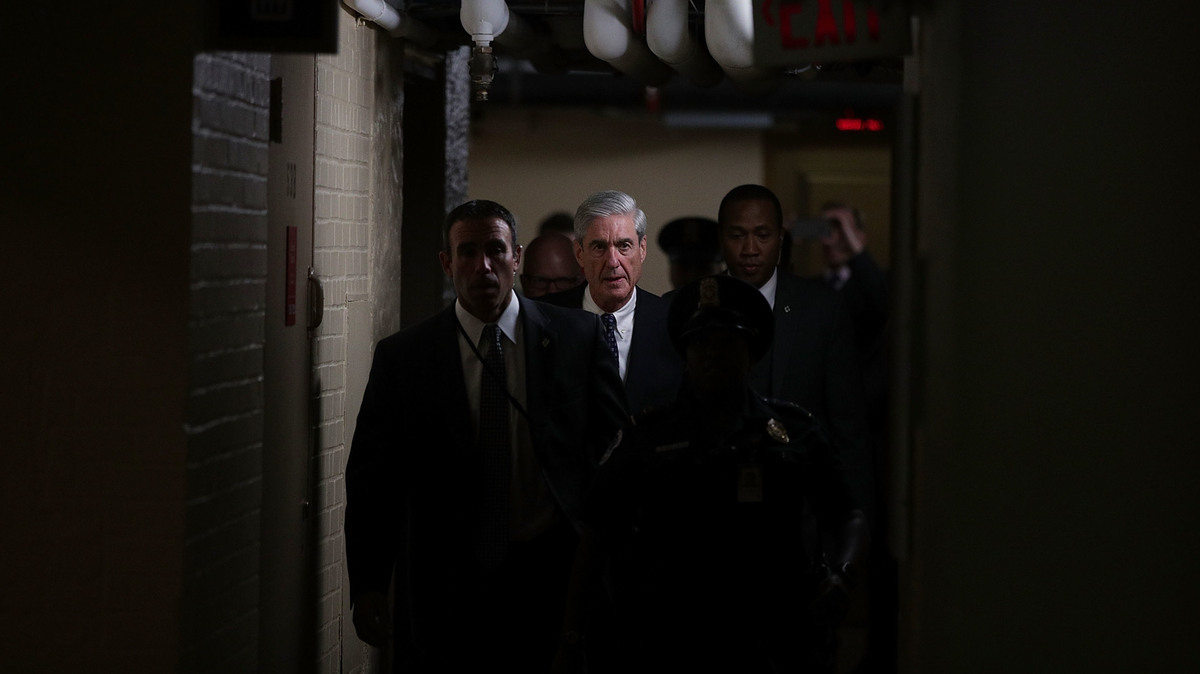 Department of Justice special counsel Robert Mueller leaves after a closed meeting with members of the Senate Judiciary Committee in June at the Capitol in Washington, D.C.

The office of special counsel Robert Mueller removed an FBI agent from the team investigating Russia's interference in last year's election and possible ties between the Trump campaign and Russia, the Washington Post and the New York Times both reported Saturday.

Agent Peter Strzok exchanged politically-charged text messages with Lisa Page, who was also a member of Mueller's investigative team at the time; the messages expressed anti-Trump views, according to both newspapers.

"Immediately upon learning of the allegations, the Special Counsel's Office removed Peter Strzok from the investigation," Peter Carr, a spokesman for Mueller, said in a statement. "Lisa Page completed her brief detail and had returned to the FBI weeks before our office was aware of the allegations."

Separately, a Justice Department spokeswoman said, "we are aware of the allegations and are taking any and all appropriate steps."

Strzok was removed from Mueller's team during the summer of this year and has since been assigned to the FBI's human resources department, according to the newspapers. Page is a lawyer for the bureau who once worked for FBI Deputy Director Andrew McCabe but no longer does much work for McCabe, the Post reported. In addition to both having worked on Mueller's probe, Strzok and Page also both had roles in the FBI's investigation of Hillary Clinton's private email server, according to the Post.

Given Flynn's proximity to Trump during last year's presidential race and to Trump's inner circle until his ouster in February of this year, the agreement with Flynn and his cooperation in the Mueller probe signaled to many observers that the Justice Department's investigation has entered a new phase — with a possible focus on those closest to the president or perhaps even Donald Trump himself.

Speaking Saturday about Flynn's plea deal, the president reiterated that there had been no coordination between his campaign and Russia. "What has been shown is no collusion, no collusion," Trump said, "There's been absolutely no collusion, so we're very happy."

Despite his assertions throughout this year that there was no wrongdoing by himself or anyone associated with his campaign, Trump has been critical of Mueller's probe and the FBI generally. The president has also continued his longstanding criticism of the FBI's Clinton email server investigation which Trump initially cited as his reason for firing FBI Director James Comey in May of this year.

"Among federal law enforcement officials, there is great concern that exposure of the texts [Strzok and Page] exchanged may be used by the president and his defenders to attack the credibility of the Mueller probe, and the FBI more broadly," the Post wrote Saturday. And both the Times and the Post noted in their reports that FBI Deputy Director Andrew McCabe has faced criticism from Trump and other Republicans for his role in the Clinton email investigation and his wife's political ties to a key Clinton ally in Virginia.

Indeed, the FBI has already become a target of Republicans as the Russia imbroglio unfolds. In late October, the GOP chairmen of the House Judiciary and House Oversight Committees announced a joint inquiry into the FBI's handling of the Clinton email server investigation.

The Justice Department's Office of the Inspector General is already conducting a review of actions of the DOJ and the FBI during last year's election and it said Saturday that the revelations about Strzok and Page would be included in that review. "The OIG has been reviewing allegations involving communications between certain individuals, and will report its findings regarding those allegations promptly upon completion of the review of them," the inspector general's office said in a statement provided to NPR.

"The allegations that the Inspector General has confirmed are part of his ongoing investigation, if proven to be true, would raise serious questions of public trust," Sessions said. "I look forward to receiving the Inspector General's report. We will ensure that anyone who works on any investigation in the Department of Justice does so objectively and free from bias or favoritism."

Sessions also said he has directed FBI Director Christopher Wray to "review the information available on this and other matters and promptly make any necessary changes to his management and investigative teams consistent with the highest professional standards."

"The matter is an ongoing investigation by the Office of Inspector General, consistent with well-established processes designed to objectively, thoroughly and fairly determine the facts regarding potential wrongdoing," the FBI said. The bureau added that it "holds all of its employees to the highest standards of integrity, independence and professionalism, as the American public rightly expects."

Attempts by the Times and the Post to reach Strzok and Page were unsuccessful. "A lawyer for Mr. Strzok declined to comment," the Times reported. The Post reported it "has repeatedly sought comment from Strzok and Page, but got no response."