The justices of the U.S. Supreme Court have been known to play a long shot in an election betting pool or to bet a colleague about the outcome of the World Series. But the stakes are usually just a few dollars. Not so for the winners and losers in a case to be heard Monday that tests whether the federal ban on sports betting in most states unconstitutionally tramples on state sovereignty.

The ban was known as the Bradley Act, after its chief promoter, Sen. Bill Bradley, D-N.J. 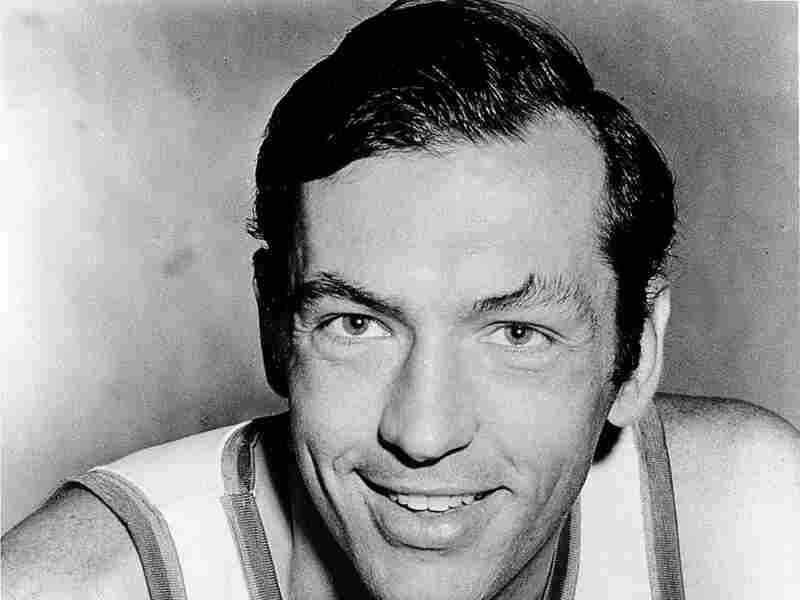 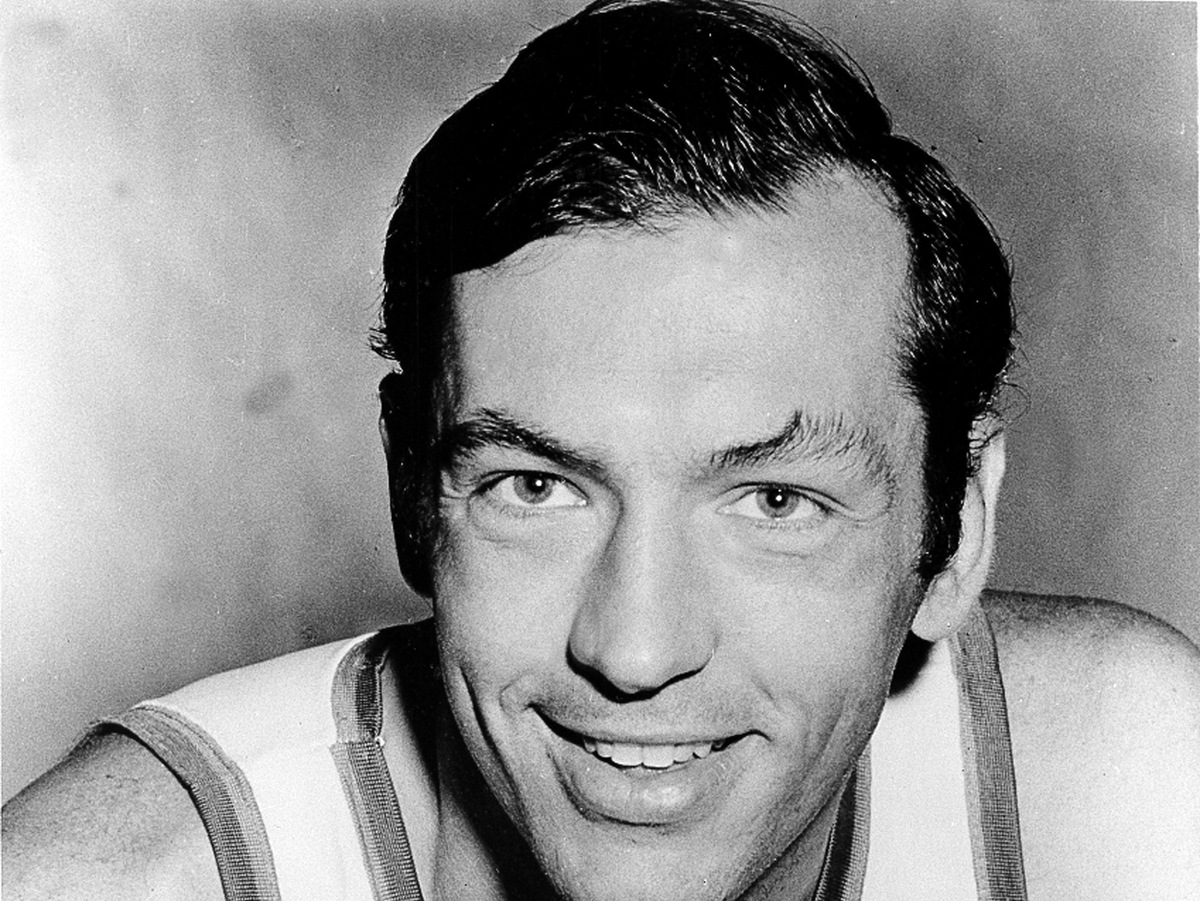 Bradley played 10 years for the New York Knicks, helping them win two NBA championships. The former Princeton star and Rhodes scholar went on to serve three terms in the Senate, winning accolades as a serious legislator.

In all of his 18 years on Capitol Hill, Bradley introduced just one bill related to sports — a ban on sports betting.

The bill, which passed easily, banned gambling on sports in 46 states, exempting four states — Delaware, Montana, Nevada and Oregon — that had already legalized it, and giving all the rest a year in which to legalize sports gambling if they wanted to.

In an NPR interview, Bradley said his motivation was simple, and personal. "Betting on sports was betting on human beings, and I thought that was wrong," he explained. "It turns players into roulette chips. It makes the game, which is a game of high-level competition and excellence, into slot machines, and I don't think that should be what we do in this country."

Bradley said there was virtually no congressional opposition to his bill back in 1992. Though Bradley added that Donald Trump, with failing investments in Atlantic City casinos, lobbied against it, believing that sports betting was the answer to his financial problems there.

After the bill passed, New Jersey did not seek to legalize gambling in its one-year window of opportunity.

That was then, and this is now, however.

Now the American Gaming Association estimates that illegal sports betting has grown to $150-billion-a-year market. And cash-starved states are salivating at the thought of raising billions from legalizing and licensing that activity, not to mention taxing the proceeds.

Enter New Jersey, home to at least a half dozen shuttered Atlantic City casinos, and a state where Republicans and Democrats since 2011 have been trying to overturn the federal ban or somehow get around it. 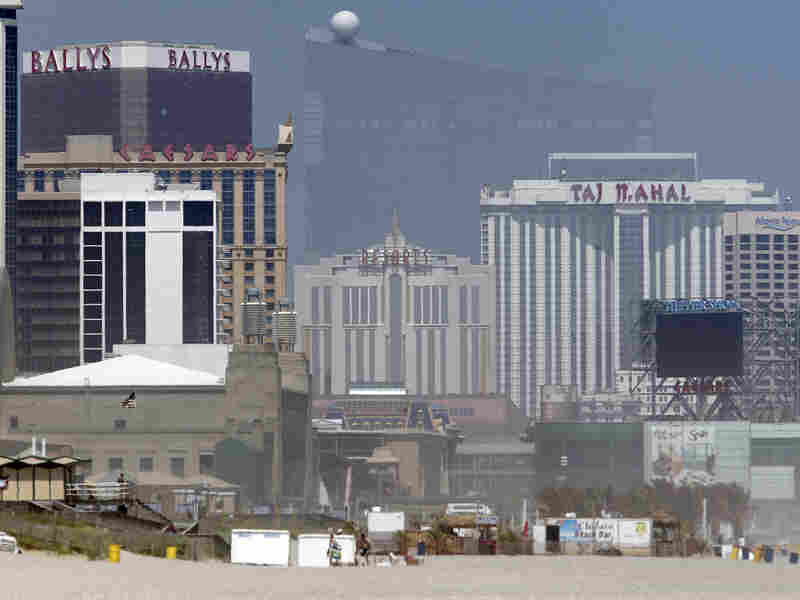 Casinos are seen along the boardwalk in Atlantic City, N.J., in June. In the background is the former Revel Casino. Seth Wenig/AP hide caption 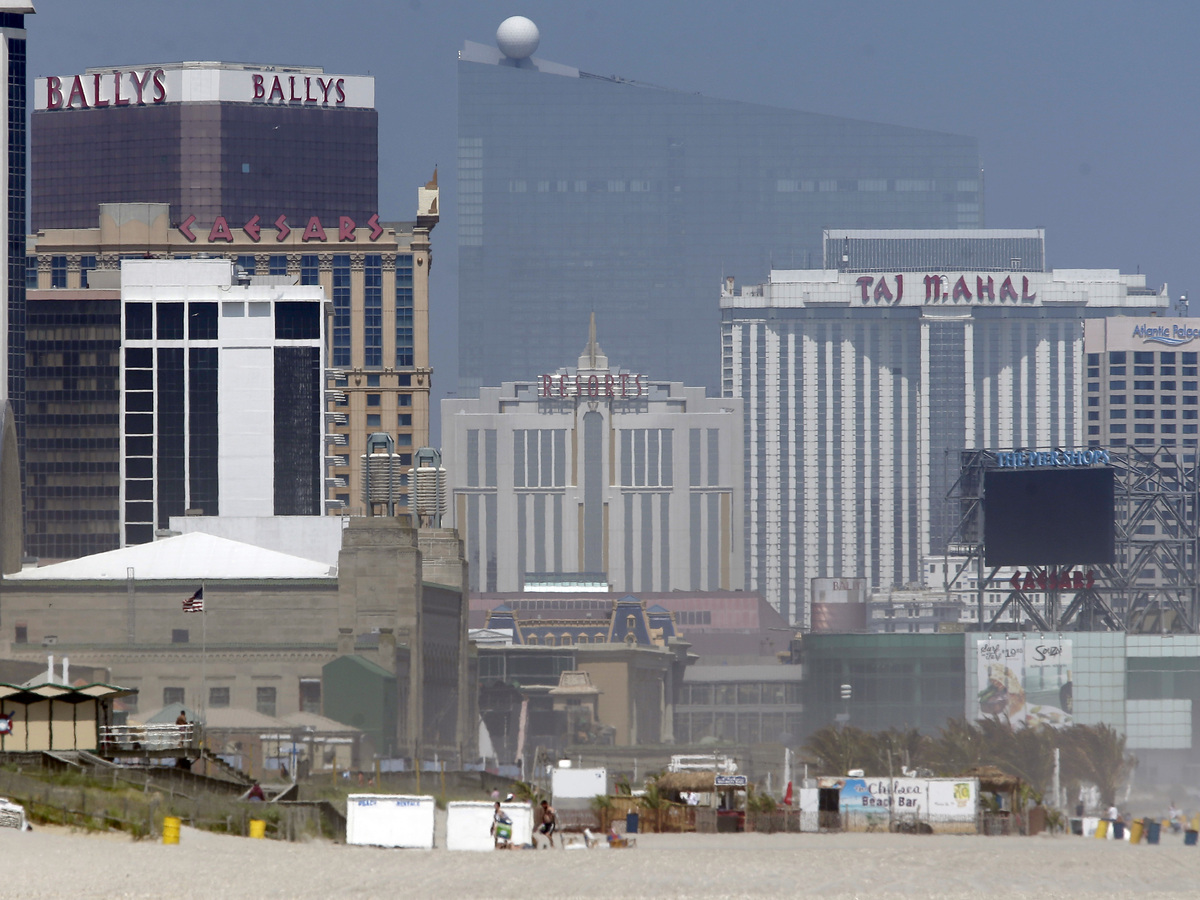 Casinos are seen along the boardwalk in Atlantic City, N.J., in June. In the background is the former Revel Casino.

"We intend to go forward to allow sports gambling to happen," Gov. Chris Christie, R-N.J., said bluntly at an event to promote Atlantic City in 2012. "If someone wants to stop us, then they'll have to take action to try to stop us."

Twice the state has tried to legalize sports betting. Twice, the major sports leagues and the NCAA have taken the state to court, each time contending that the state is violating the federal ban enacted in 1992. And twice the state has lost in federal appeals court.

Now, however, the issue has reached the Supreme Court, with the state contending that the federal law unconstitutionally commandeers the states to enforce the federal ban.

Arguing Monday's case will be two men, each of whom served as solicitor general in the George W. Bush administration.

Representing New Jersey is lawyer Ted Olson who argues that the federal government cannot tell the states they have to carry out the federal ban on sports betting.

He contends the federal government cannot say to the states: "You're just working for us. You take the responsibility. We'll give the instructions. We'll be the puppet master."

He rests his case on two prior Supreme Court cases holding that the federal government cannot commandeer a state's apparatus to enforce a federal law. Most notably, in 1997 the Supreme Court ruled that the federal law requiring state and local officials to carry out background checks on gun buyers was unconstitutional because it commandeered, or conscripted, state and local officials to enforce a federal law.

But lawyer Paul Clement, representing the sports leagues and backed by the Trump administration, says this case is very different. He contends that the federal ban on sports betting doesn't commander anything. All it does is set out what states may not do.

Clement argues that "it's just not that unusual for Congress to tell states that they can't do things that they want to do."

Congress, in such cases, is establishing a federal policy that pre-empts what the states can do.

The clash of constitutional theories in this case, however, may be besides the point in the real world. In the modern economic landscape, there is a growing tolerance for sports betting. Even among the sports leagues that are fighting New Jersey in this case there is more interest in Congress in changing the federal law.

The reason boils down to one simple word: money.

Everybody sees a chance to profit, from the states to the professional sports leagues.

In 2014, Adam Silver, commissioner of the National Basketball Association, wrote an op-ed piece in the New York Times calling for "a federal framework" to legalize sports betting.

The National Football and National Hockey Leagues have decided to move major sports teams to the capital of sports betting, Las Vegas. 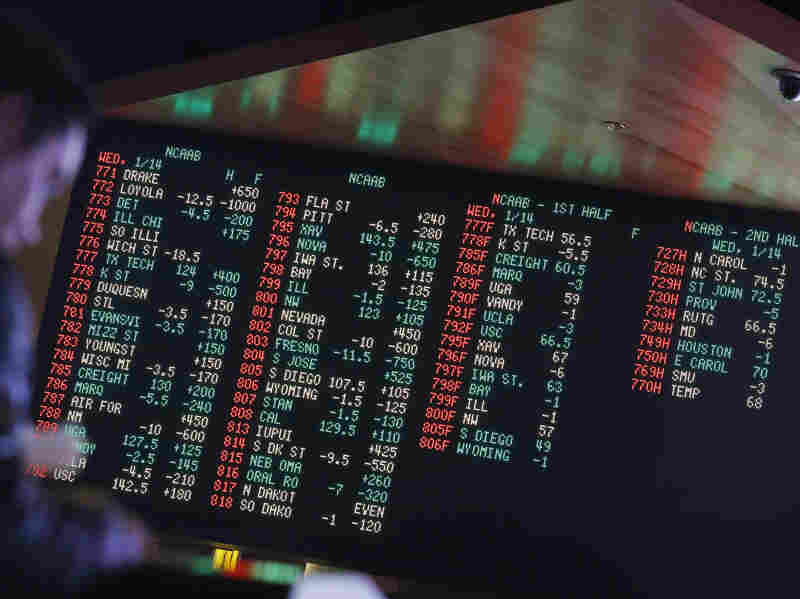 Odds are displayed on a screen at a sports book owned and operated by CG Technology in Las Vegas in 2015. John Locher/AP hide caption 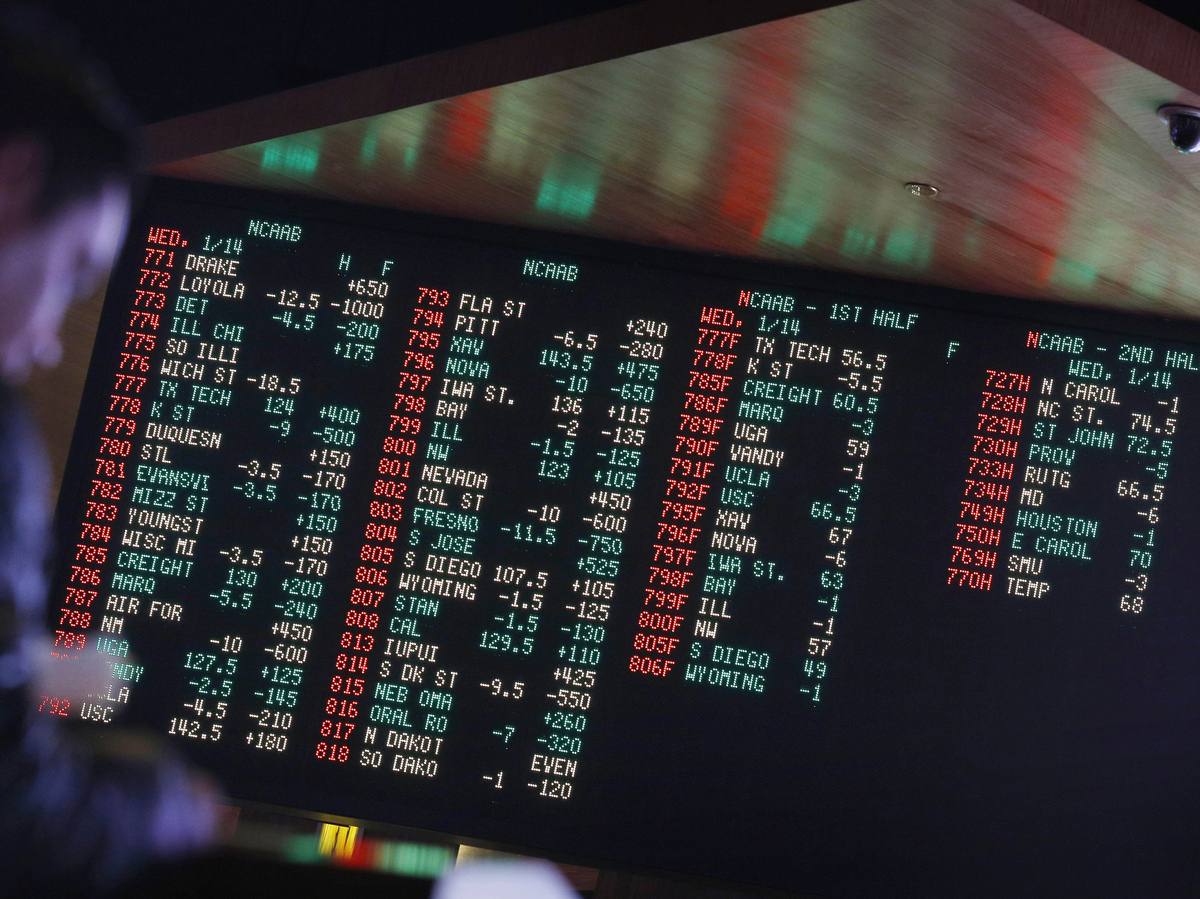 Odds are displayed on a screen at a sports book owned and operated by CG Technology in Las Vegas in 2015.

So it is no surprise that even if the court does not uncork the bottle of legalized sports betting, Congress just might revisit its ban.

For the man who started it all — Bill Bradley — that is dispiriting.

"A lot of things make money," he said. "The question is what's right and what's wrong. Do you want your children involved in betting on sports? How about little league? How about junior high school?"

After all, he says, there's money to be made by betting on the spread in those games, too.

A decision in the sports betting case is expected later in the Supreme Court term.