Accessibility links
Several Trump Properties Suffer Financially (But Not Ones He Visits Often) The president's golf courses in Florida and New Jersey are doing well, but the Trump Organization has taken hits in its New York buildings and golf courses abroad. 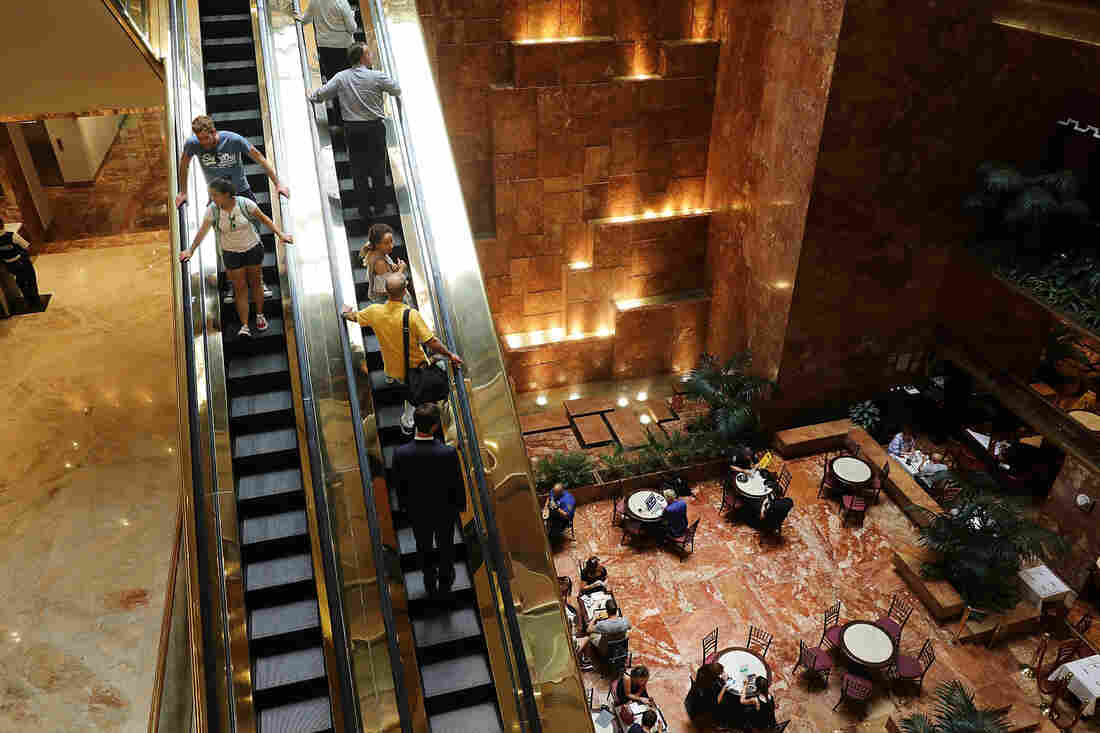 People walk through Trump Tower in New York City in August. Condo prices in the building have fallen, according to journalist and author Tim O'Brien. Spencer Platt/Getty Images hide caption 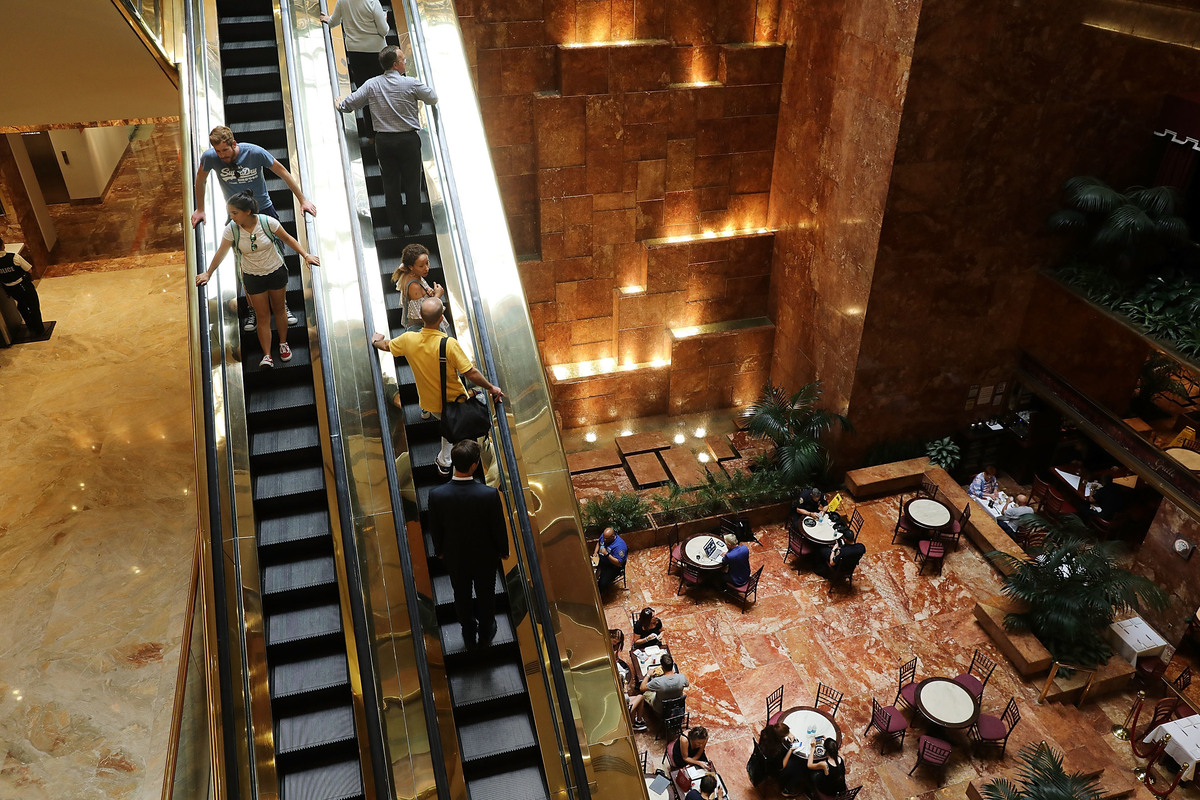 People walk through Trump Tower in New York City in August. Condo prices in the building have fallen, according to journalist and author Tim O'Brien.

Just as President Trump was heading off to his Mar-a-Lago resort in Florida for the Thanksgiving weekend, his company, the Trump Organization, announced it was severing ties with one of its New York properties.

The Trump SoHo hotel had been plagued for several months by bad press and low occupancy rates. Its premier restaurant on the ground floor closed in June— the restaurant's lawyers said it had struggled since Trump was elected. The Trump name will be erased from the building by the end of the year.

Not far from the SoHo hotel, another Trump building is struggling.

"Recently there's been a drop-off in the resale prices of Trump Tower condos," says Tim O'Brien, the executive editor of Bloomberg View and the author of TrumpNation: The Art of Being the Donald. Trump sued O'Brien for $5 billion for saying Trump was much less wealthy than what he claims; the case was dismissed.

O'Brien says what is interesting is that real estate generally is doing well in New York City, so it's unclear why the prices in Trump Tower have dropped so significantly.

"Some people have attributed it to the fact that people don't want to be in the same building with the Trumps now for a variety of reasons," he says. He notes that it's not necessarily political. "It's just a pain in neck to be in a building where the Secret Service and the New York Police Department are routinely locking down."

O'Brien says the president doesn't actually own the condos in the Trump Tower. Like most of his other properties, he licenses out his name and charges management fees, so the drop in condo prices won't directly affect him financially.

But revenues from a variety of other Trump projects are also down, including his golf courses in the Bronx and near Los Angeles.

Two of Trump's prized golf courses in Scotland also lost money. The Trump International Golf Links in Aberdeen lost close to $2 million, while Turnberry posted a loss of $23 million in 2016. The Trump Organization says that is because of currency fluctuations and the resort being closed for several months for renovations.

Many charities are pulling lucrative events from some of his hotels and resorts, including Mar-a-Lago in Palm Beach, Fla.

The Trump Organization is also having trouble launching a new line of four-star hotels called Scion. Philip Kingston, a Dallas City Council representative, says plans to put a Scion in his city met a lot of opposition. He recalls his first reaction to the news was strongly negative.

"Trump is just a bad brand for Dallas. I don't want to see Dallas associated with that," Kingston said. He said there was a protest at the proposed Scion site and an online opposition campaign. The project has not gotten off the ground.

The Trump Organization did not respond to inquiries about this story. Trump has not divested from his businesses, as previous presidents have done. Instead, he has placed his assets in a revocable trust managed by his two older sons. Trump is the sole beneficiary of the trust.

In many cases, it's hard to draw a straight line between the business setbacks and the president's policies or comments. And as for the specific numbers, Trump hasn't released his tax returns, but his mandatory financial disclosure reports offer a snapshot into his business.

"Some of his businesses around the world are not doing particularly well, but the ones he frequents as president are doing better than ever," says Austin Evers, executive director of American Oversight, a D.C.-based accountability organization. He says golf courses where Trump plays regularly, in New Jersey and Virginia, are doing well.

"You see that at the Trump International Hotel, which got to raise rates in 2017 and went from predicting that it would run a loss to turning a profit. ... You also see increased profits at Mar-a-Lago, which the president has rebranded as the 'winter White House,' " he says.

Trump International Hotel in Washington, D.C., is a few blocks from the White House. The president has been known to dine in a large open-air restaurant. O'Brien says lobbyists, diplomats and members of the Trump administration frequent that hotel and not simply because it has comfortable rooms and good food.

"They are seeking access. And Trump and his family profit from the fact that he's president and they have a hotel in town ... and they're making good money off that," he says, adding those profits may make up for the ones lost at his other properties.