Accessibility links
What Living On $100,000 A Year Looks Like On paper, $100,000 a year is well-off. But for several households around the country, it often takes just one major expense for that to not feel like enough: student loans, childcare or housing costs.

A central question of debate leading up to the Senate's passage of a sweeping tax overhaul plan asked which Americans need a boost. Economists say the Republicans' selling point for previous iterations of their legislation, that the plan is designed to benefit the middle class, has a shaky foundation — that the rich are the big winners.

And the middle class is already struggling. The median household income is roughly $59,000 a year. But around the country, even six-figure salaries for some single-person households don't necessarily furnish financial security.

"People feel like they haven't been getting ahead for a long time," says Jim Tankersley, who covers taxes and the economy for The New York Times.

People whose upper-class salaries are not keeping pace with their upper-class standards of living, Tankersley says, are often experiencing a lingering effect of the 2008 financial crisis.

NPR's Lulu Garcia-Navarro spoke to a variety of people in different cities about what their lives look like on $100,000 a year. On paper, that kind of salary is considered well-off. But as we heard from many, it often takes just one major expense for that to not feel like enough: student loans, health care, childcare or housing costs.

Credit card debt, hospital bills and cut work hours led the Culps to declare bankruptcy. So she moved to Gaithersburg, Md., with her husband, a software programmer, so he could take a higher salary. 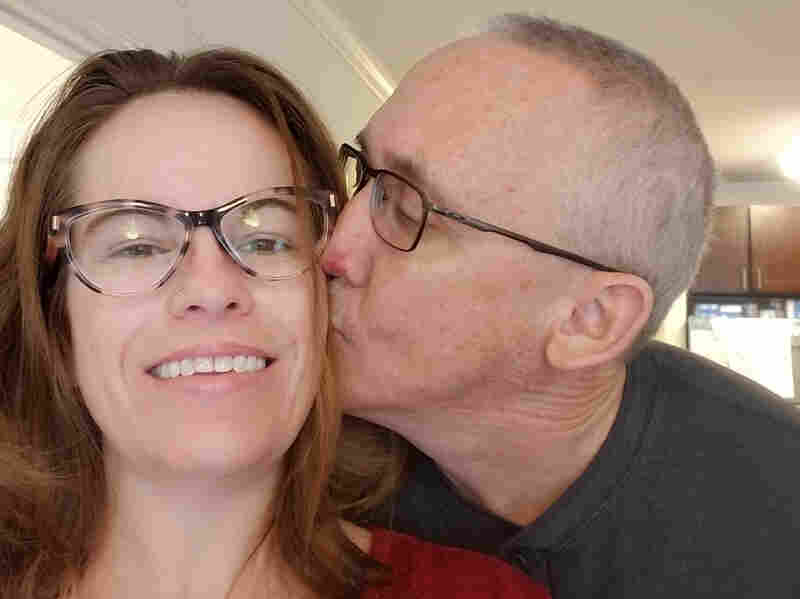 Stephanie Culp and her husband David live in Gaithersburg, Md., on $100,000 a year, but still struggle to make ends meet after years of mounting debt. Courtesy of the Culp family hide caption 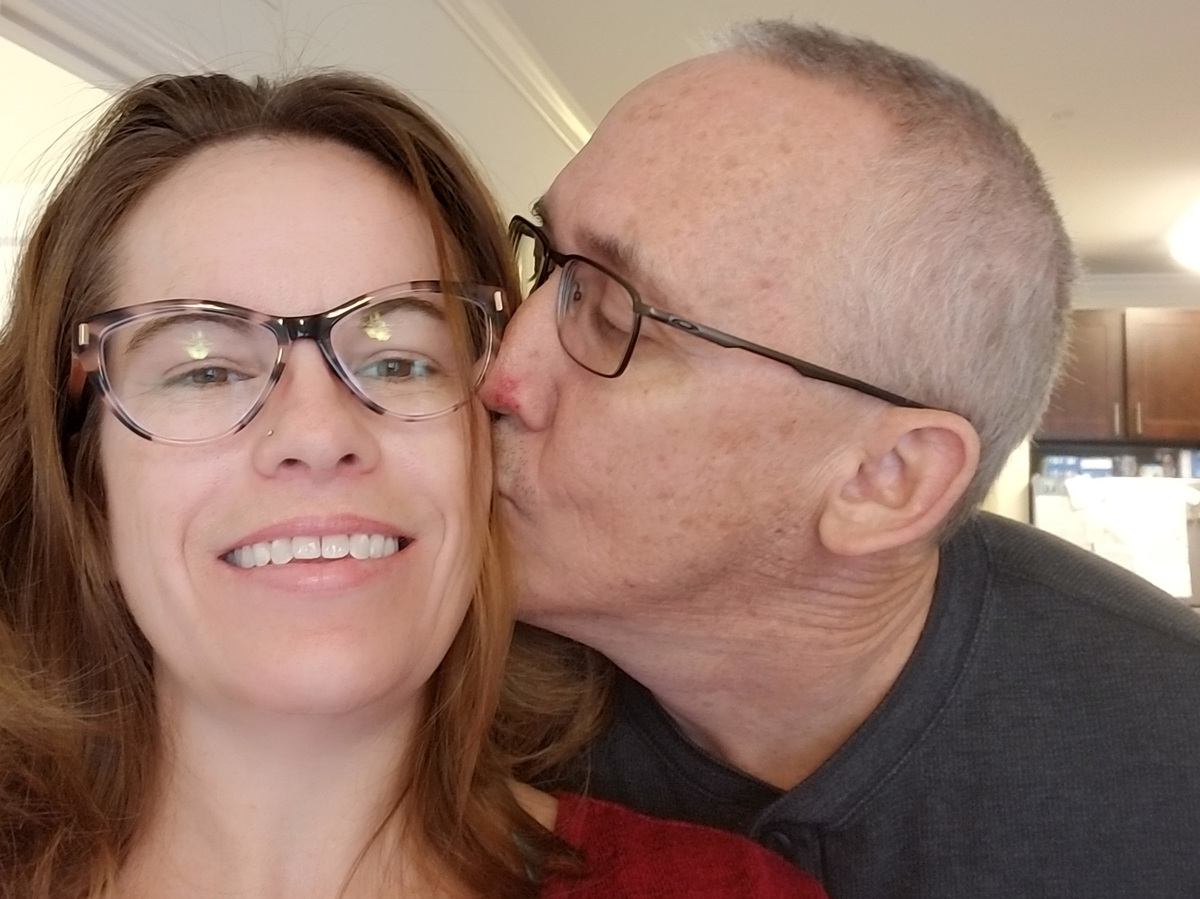 Stephanie Culp and her husband David live in Gaithersburg, Md., on $100,000 a year, but still struggle to make ends meet after years of mounting debt.

Courtesy of the Culp family

With years of mounting debt and no savings, Stephanie Culp continues to make tough choices for her family. "It's either pay these bills or it's — we don't eat," she says. That sometimes means cutting back on electricity bills or temporarily giving up the cellphones.

Culp grew up in a trailer home with her parents, but she says she didn't exactly feel poor. "I mean I knew I didn't have the best clothes like everybody, but we always had Christmas," she says.

"With my husband and I now, we haven't been able to do Christmas in 10 years. We don't even have a tree," she says.

Theresa Sahhar lives just outside of Kansas City, Kan., where the cost of living is relatively very reasonable. CNN Money estimates a comparable $100,000 salary in Manhattan, for example, would be almost $250,000.

Her husband is a mechanical engineer, and she works in sales part-time. To afford educational opportunities for her high-school-aged son, she also picks up odd jobs within the gig economy. 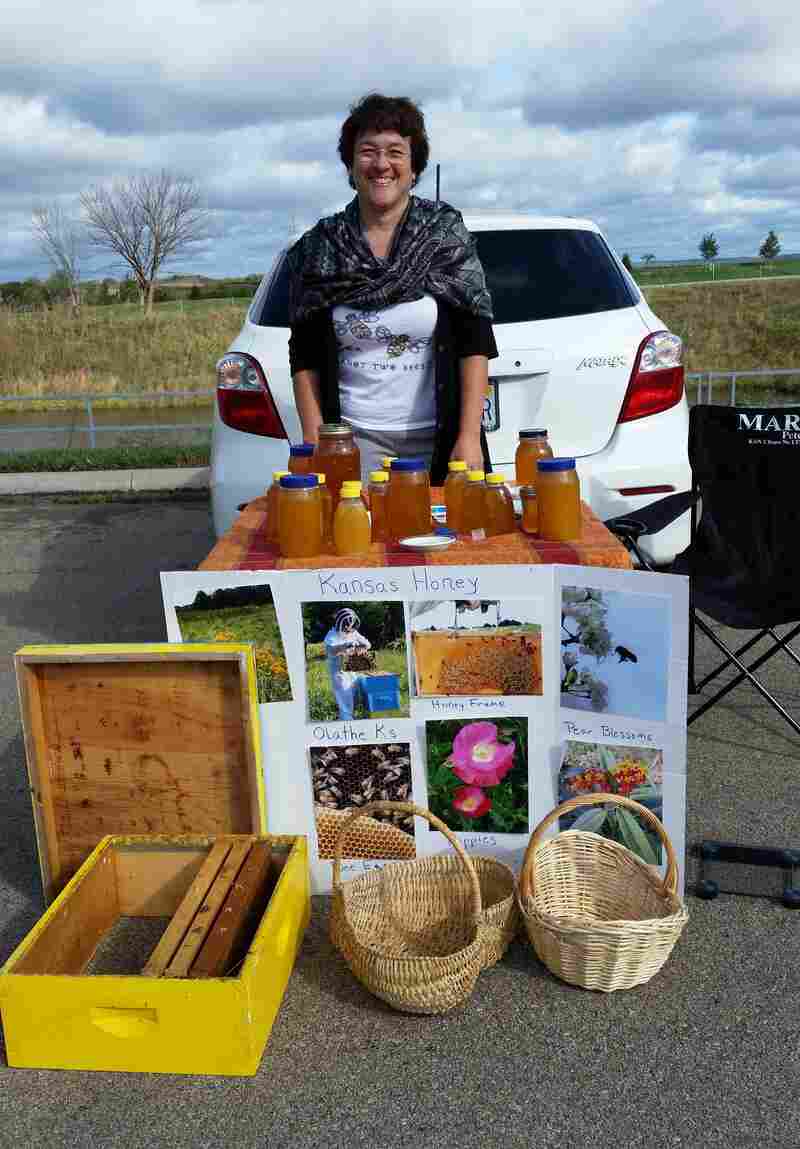 Theresa Sahhar, from Olathe, Kan., works in sales part time. But to afford the education she wants for her son, she'll sell her chickens' eggs or, as a beekeeper, sell honey at farmers' markets. Courtesy of Theresa Sahhar hide caption 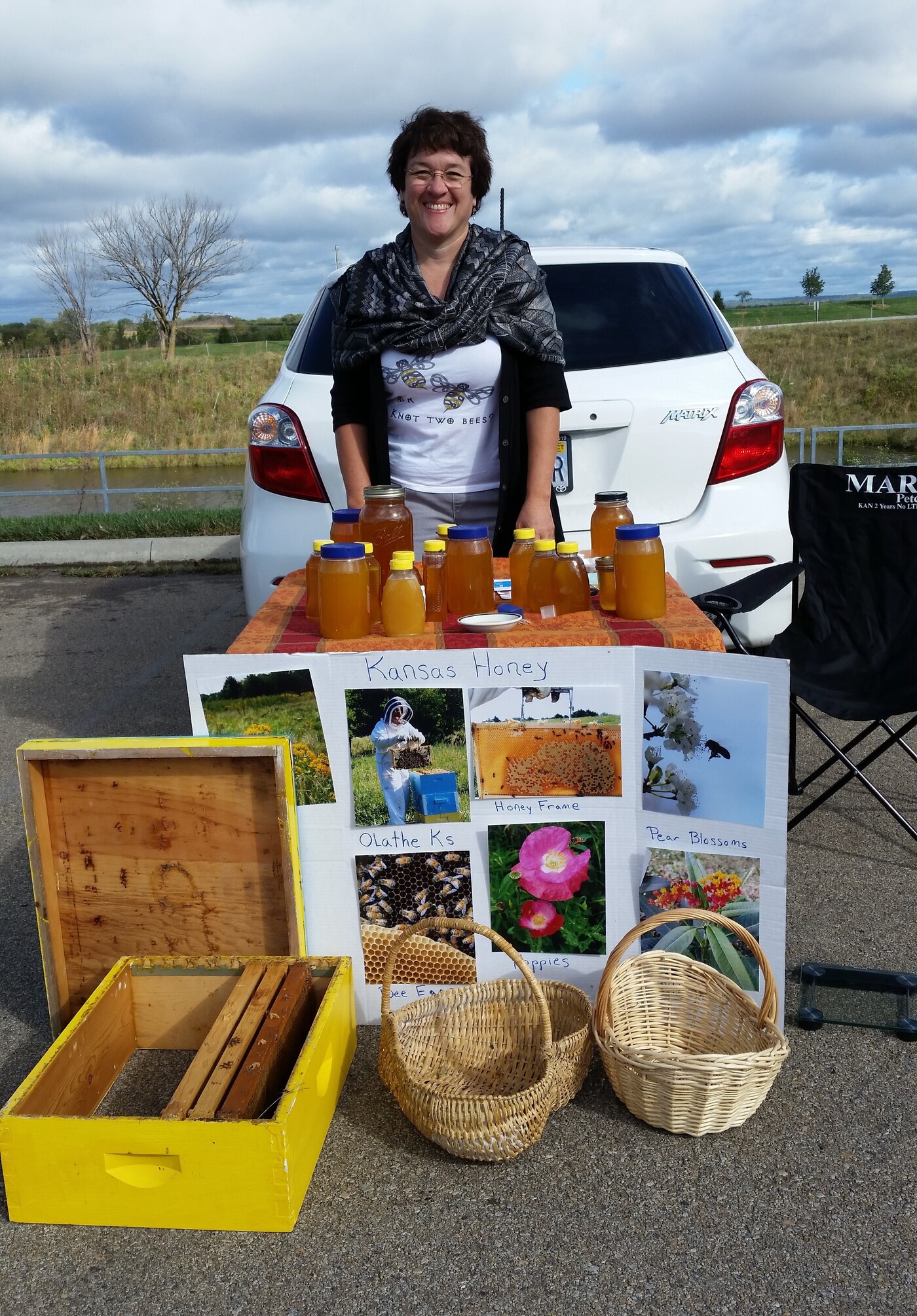 Theresa Sahhar, from Olathe, Kan., works in sales part time. But to afford the education she wants for her son, she'll sell her chickens' eggs or, as a beekeeper, sell honey at farmers' markets.

While she had accounted for expenses of having a family, she didn't expect her salary to stagnate. "It's embarrassing to say that you have to work overtime in order to make enough money to live on," she says. But in her community, her family isn't alone in struggling to keep up.

"I was really surprised because from the outside, it looks like we have plenty of money," she says. "But then when you really look underneath it all, you see that people are working overtime. They're working second jobs and even third jobs to try to put together the money just to stay in the middle class where they've been in the past."

Sahhar and her husband don't plan to retire. "I expect to work until I'm dead."

And she doesn't think her kids' generation, while working to chip away at "crippling student loans," will have it any easier. "Having experienced both privilege and poverty, I'd much rather live a privileged life," she says. "And that's what I want for my children. I want my children to be able to access a few of the better things in life. I don't expect them to be rich, but I would like them to not be poor."

For a single young man, it might seem that $100,000 could furnish a more-than-comfortable lifestyle. But to Haby, who sells scientific equipment for a living, it doesn't feel like a fortune.

"And now I'm one of those coastal elites, a term, you know, that people in Middle America use. And it feels like betrayal," he says. "But what I've learned in moving to the coast is there's real inequality. And the biggest driver of that inequality is the tax code. The biggest social welfare has been to the rich and powerful, giving them loopholes and abilities to keep money from the government and keep money from the rest of us."

Hugart, a supervisor for 3M (Minnesota Mining and Manufacturing), talked about how budgeting for a family of five forced a tough decision: "Have two incomes, and one is essentially dedicated to daycare, or have one income and a stay-at-home parent." 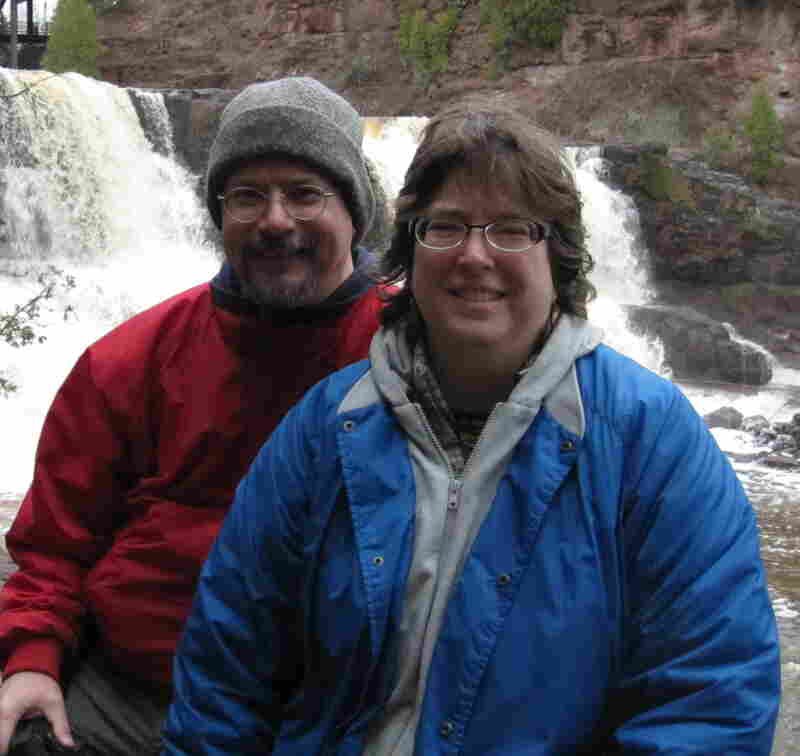 Jacob Hugart, pictured with his wife Holly, says, "The ones who are trying to do the one-parent thing — there's a stretch. They're like us." Courtesy of the Hugart family hide caption 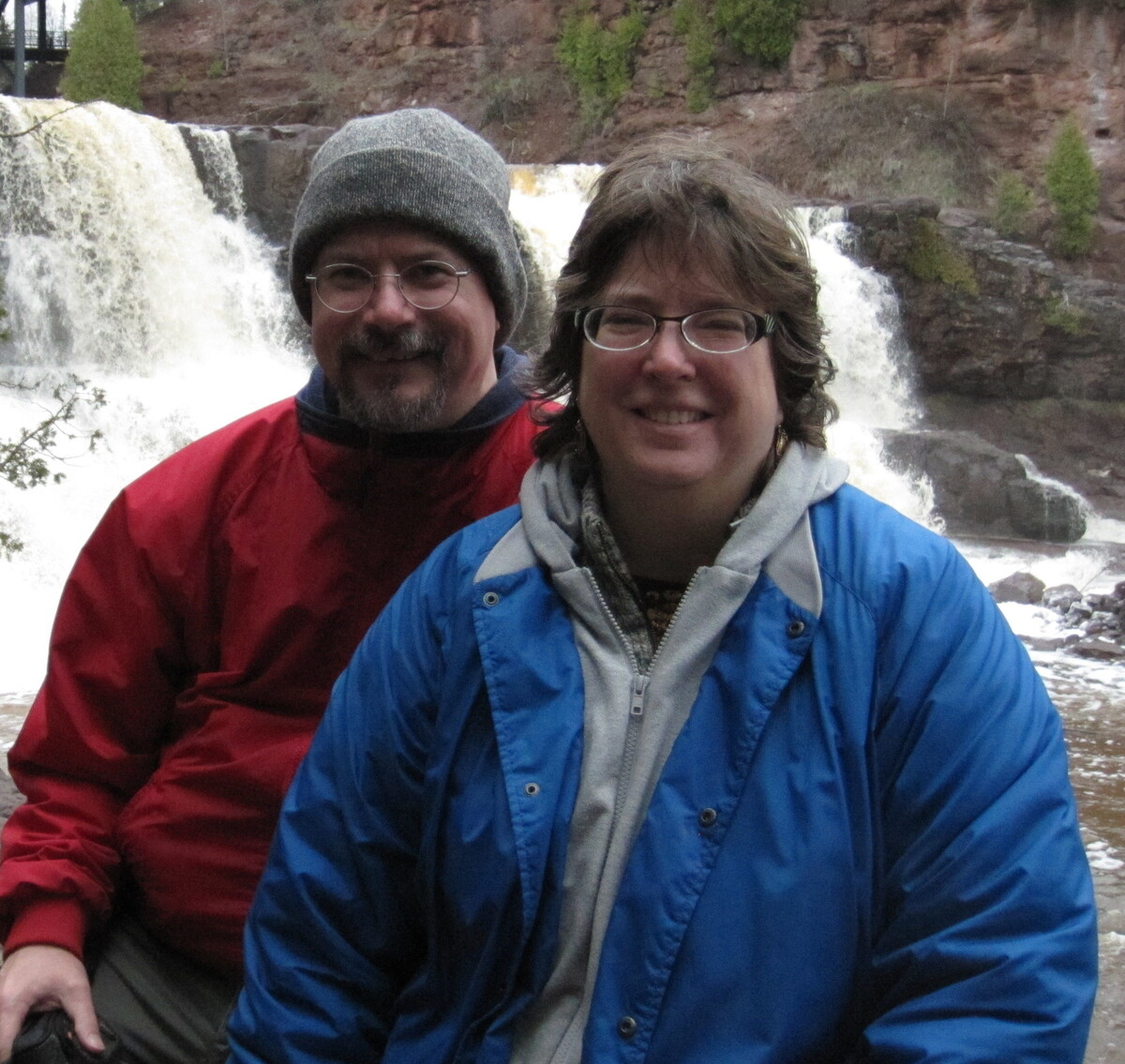 Jacob Hugart, pictured with his wife Holly, says, "The ones who are trying to do the one-parent thing — there's a stretch. They're like us."

Courtesy of the Hugart family

They chose the latter: His wife stayed home to take care of the kids. Looking back, Hugart says, he probably would have tried to keep that two-parent income.

"The ones where both parents are working seem to be doing fairly well," he says. "They will remodel a kitchen. They have multiple cars. The ones who are trying to do the one-parent thing — there's a stretch. They're like us."

Hugart says he makes enough to meet his family's day-to-day needs, but bigger and unexpected expenses are a squeeze — such as his son's college funds or, Hugart says, a recent roof repair: "We ended up cashing out an IRA in order to pay for that because the other alternative was to put it on a credit card."

NPR's Ian Stewart, Adelina Lancianese and Barrie Hardymon produced and edited the audio for this story.