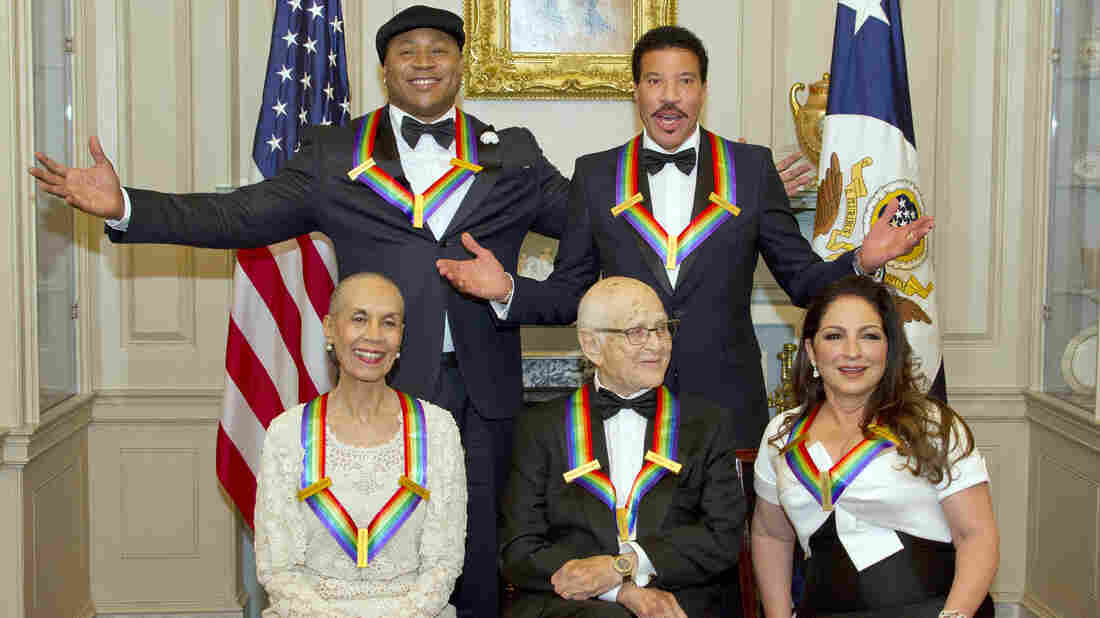 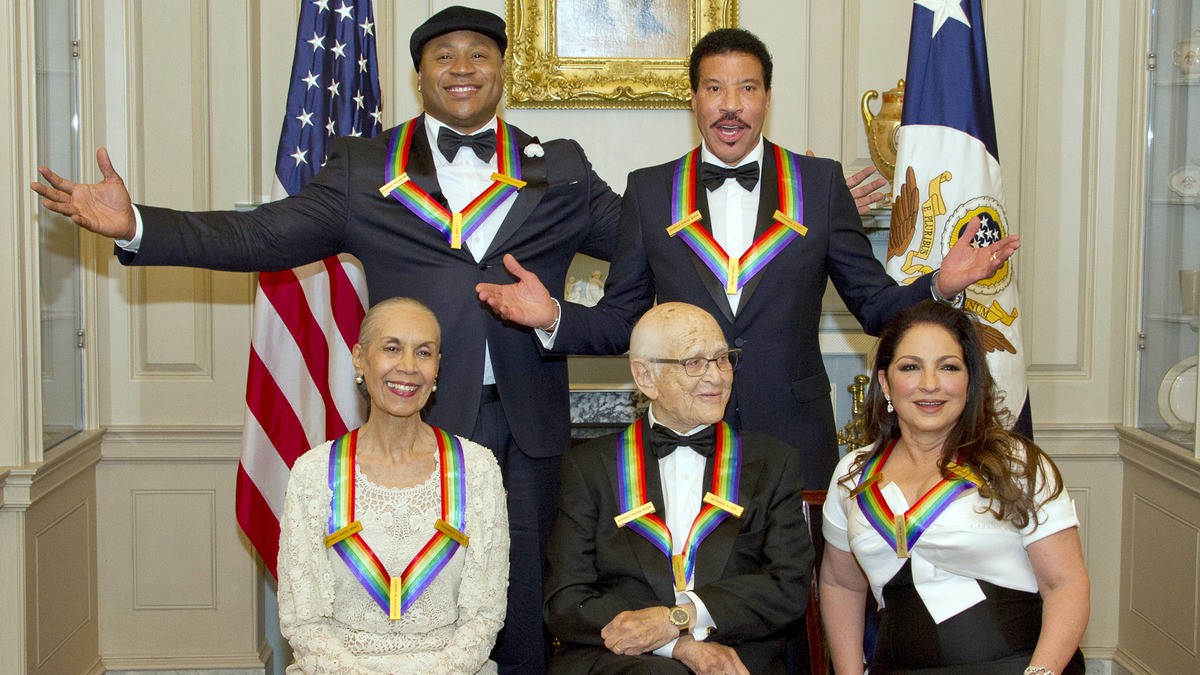 LL Cool J becomes the first hip-hop artist to be recognized at the Kennedy Center Honors. In a career spanning more than three decades, the Queens-born MC helped pioneer the burgeoning rap genre, while often being cited as hip-hop's first heartthrob. As Def Jam Recordings' first signee, LL is best known for hits like "Mama Said Knock You Out" and "Doin' It."

Fellow golden-era rapper Queen Latifah immortalized LL on stage before he received the award. Q-Tip and The Roots members Questlove and Black Thought were in attendance for support while Busta Rhymes, DMC and DJ Z-Trip paid tribute to LL in a performance. A true chameleon in the industry, LL has earned many awards for rapping and acting, including two Grammys, but the legendary MC told NPR's Morning Edition, the Kennedy Center Honors is different "because now you're being recognized by your country."

Another 'first' for the evening was Gloria Estefan's induction as the first Cuban-American to receive a Kennedy Center Honor. Estefan, who's served as front woman for the Miami Sound Machine for nearly two decades, is best known for crossover hits like "Conga" and "Get On Your Feet." The latter song has later become the title of a Broadway production based on the singer's life.