Accessibility links
2016 RNC Delegate: Trump Directed Change To Party Platform On Ukraine Support A Republican delegate to the convention says a Trump campaign aide claimed Trump had directed him to weaken support for U.S. aid to Ukraine. Congressional investigators are looking into it. 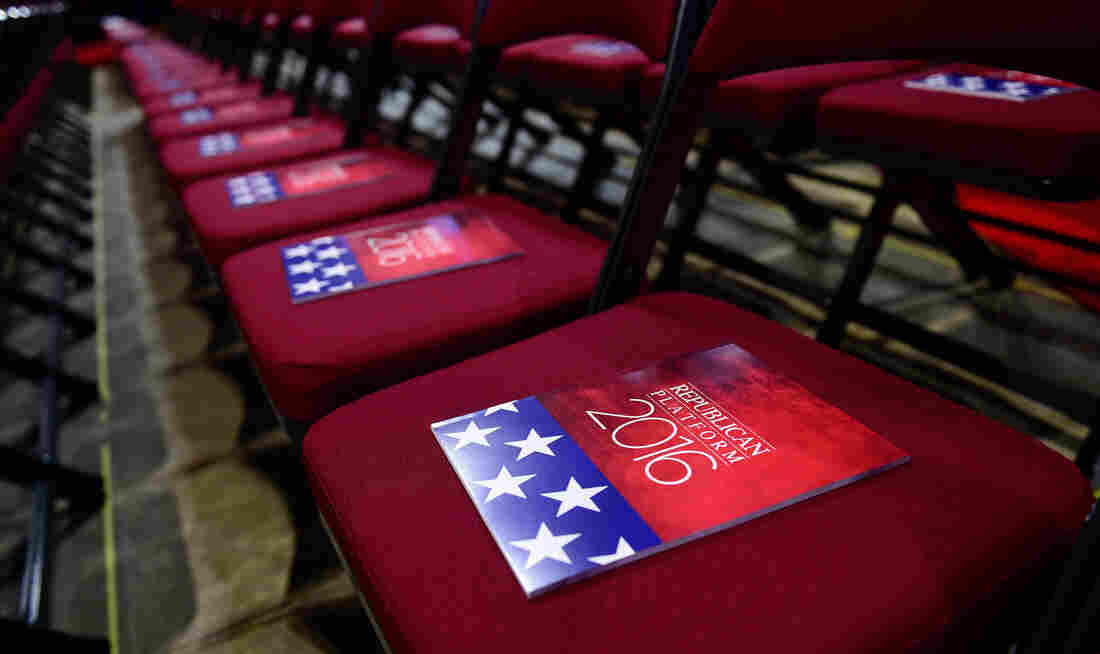 The formal printed 2016 Republican platform is placed on the chairs of the state delegates on the floor of the Republican National Convention on July 18, 2016, in Cleveland. One part of the platform that changed was about U.S. assistance to Ukraine. Jeff Swensen/Getty Images hide caption 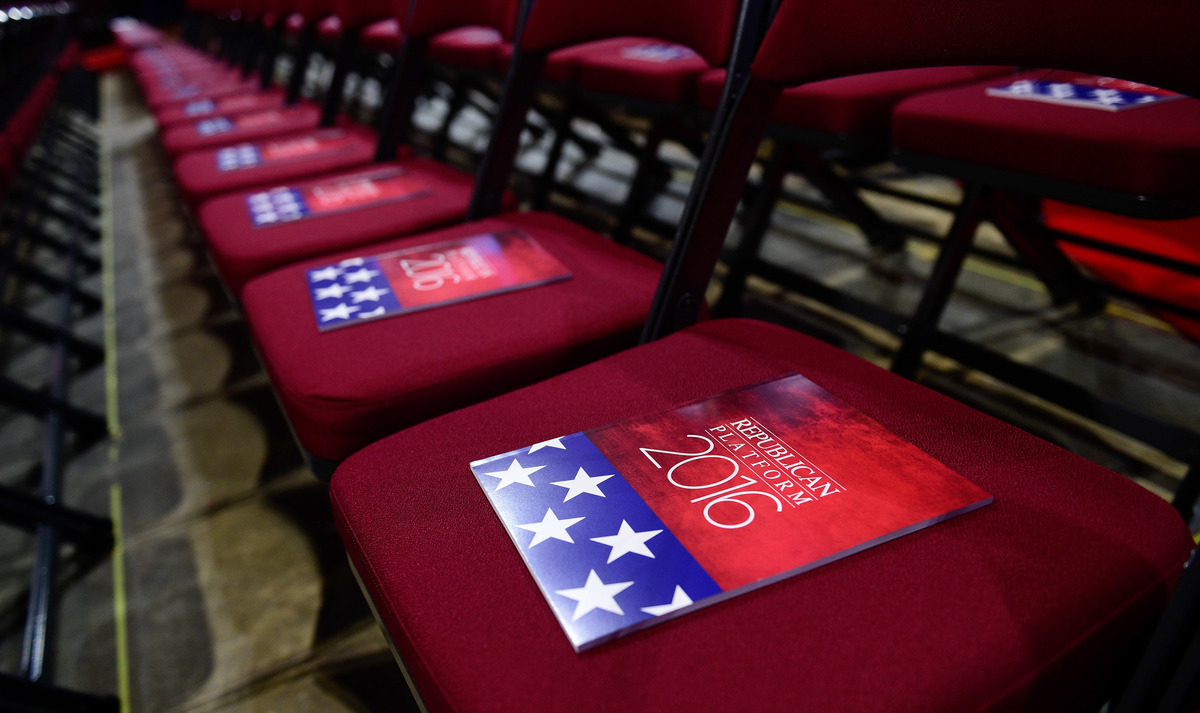 The formal printed 2016 Republican platform is placed on the chairs of the state delegates on the floor of the Republican National Convention on July 18, 2016, in Cleveland. One part of the platform that changed was about U.S. assistance to Ukraine.

President Trump may have been involved with a change to the Republican Party campaign platform last year that watered down support for U.S. assistance to Ukraine, according to new information from someone who was involved.

Diana Denman, a Republican delegate who supported arming U.S. allies in Ukraine, has told people that Trump aide J.D. Gordon said at the Republican Convention in 2016 that Trump directed him to support weakening that position in the official platform.

Ultimately, the softer position was adopted.

Denman is scheduled to meet this week with the House and Senate Intelligence committees to discuss what she saw, said two sources familiar with the briefings.

Investigators in Congress and elsewhere want to ask the San Antonio-area woman about how her proposal supporting Ukraine changed in the course of last year's convention.

People familiar with the story described it to NPR. Robert N. Driscoll, a Washington-based lawyer for Denman at McGlinchey Stafford, declined to comment.

From 2016: How The Trump Campaign Weakened The Republican Platform On Aid To Ukraine

The revision to Denman's proposed amendment to the Republican platform scaled back the party's position on pro-Western elements in Ukraine — from supporting supplying weapons for fighters there to a more general assistance.

The issue is of interest to investigators in Congress and the team working for Justice Department special counsel Robert Mueller because the idea of arming Ukrainians in the fight against pro-Russian separatist forces was staunchly opposed by the Russian government — and, it seems, the Trump campaign as well.

Denman has told people she spoke with Gordon, a national security aide on the Trump campaign, at the Republican convention in Cleveland last year. Gordon identified himself as a representative with the Trump campaign and informed her he had phoned "New York" about the Ukraine proposal, in Denman's account.

She followed up by asking with whom Gordon had spoken. And, more than once, Gordon replied he had discussed the issue with Trump.

No he didn't, Gordon said on Monday.

"I dispute her recollection of events," he said in messages with NPR. He also denied telling Denman in Cleveland that he had discussed the Ukraine language with Trump.

"Trump wasn't involved in the GOP Platform details. That was my job," Gordon said by text message. "Individual delegates didn't have the authority to force their positions on the campaign."

"I am not getting into a 'he said, she said' with the media about Diana Denman or anyone else," Gordon added.

One source said Denman was skeptical about Gordon's account at the time.

Gordon told NPR on Monday that Trump long had a clear position on Ukraine.

"Trump said on the campaign trail that he didn't want World War III over Ukraine. And he wanted better relations with Russia," Gordon said. "It doesn't take a rocket scientist to figure out that arming Ukraine isn't consistent with those two positions."

The Obama administration also vowed support for pro-Western forces in Ukraine and supplied them with vehicles and other military equipment, but stopped short of weapons.

What has since become clear is that at the time of the convention, Russia was running a broad series of "active measures" against the U.S. presidential election that included clandestine outreach by human agents and an overt information campaign on social media. That wasn't known to the public then, but Mueller and congressional investigators have begun looking into whether anyone in the Trump camp helped the Russians who were attacking the election.

The change to the Ukraine platform in Cleveland has attracted attention because it has raised questions about whether it might have been evidence of communications between Russians and the Trump campaign, or was intended by the Trump team as some kind of a signal to the Russians about their willingness to accommodate them.