Accessibility links
As The Gig Economy Grows, Advocates Raise Concerns About Workers' Safety Companies are facing the consequences of providing flexible schedules with minimum employer responsibilities. The freedom from liability is troubling in an industry that is one of the most dangerous. 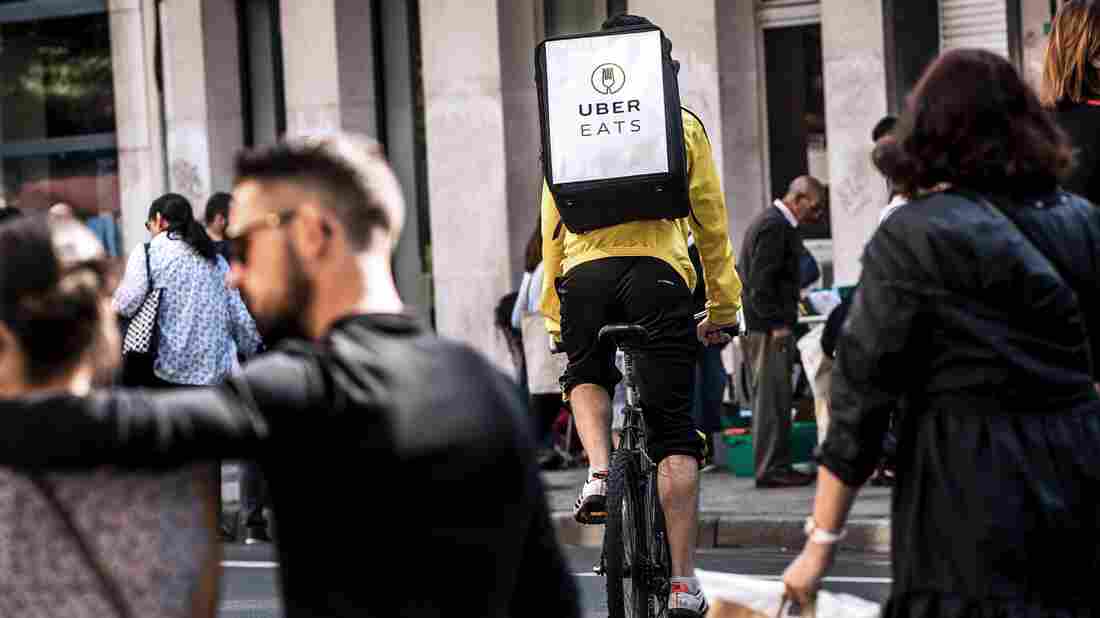 A cycle courier for meal delivery service Uber Eats rides past in Lille, France, on Sept. 2, 2017. In the U.S., advocates are raising concerns about the safety of workers in the gig economy. Philippe Huguen /AFP/Getty Images hide caption 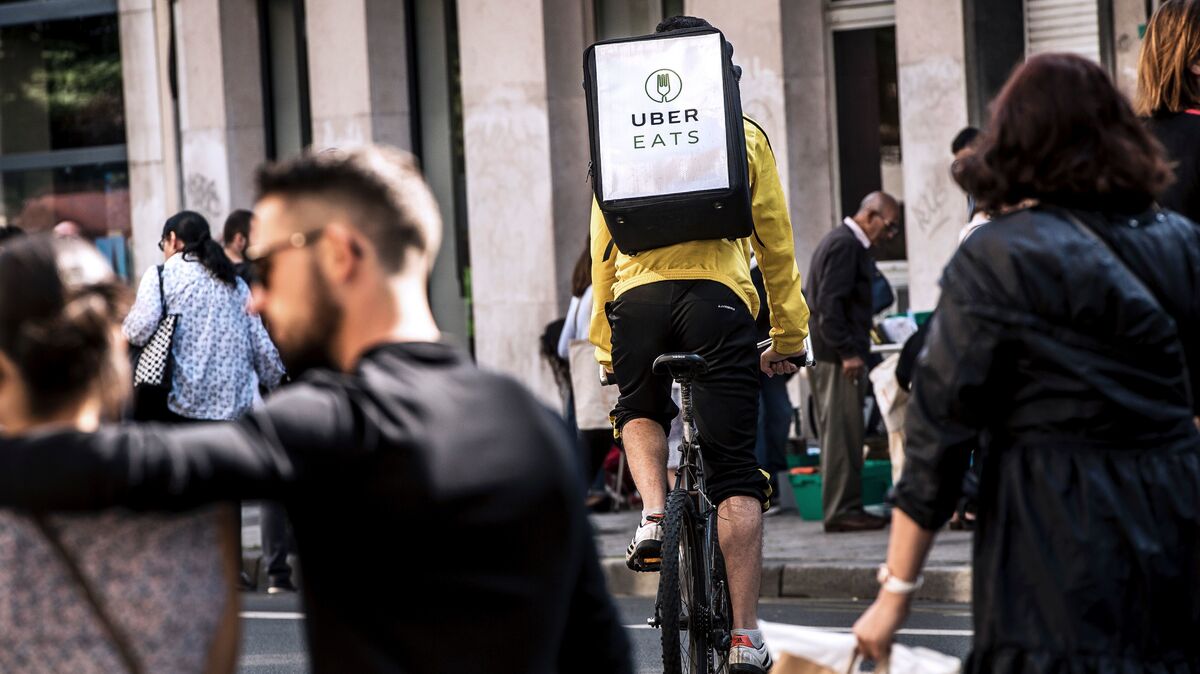 A cycle courier for meal delivery service Uber Eats rides past in Lille, France, on Sept. 2, 2017. In the U.S., advocates are raising concerns about the safety of workers in the gig economy.

The family of a 19-year-old food delivery worker was not eligible for any kind of worker's compensation last month after their son was struck and killed by a dump truck.

Antawani Wright-Davis died in Massachusetts while delivering food as a bicyclist for DoorDash, an app that hires workers as independent contractors. With the rise of the so-called gig economy, workers' advocates and some state departments of labor are raising concerns about full or part-time employees who are forced to sign agreements that free their employers from keeping them safe.

Companies in the gig economy, including ride-hailing services such as Uber and Lyft, are confronting the consequences of providing flexible schedules with minimum employer responsibilities, says Jessica Martinez, co-executive director of the National Council for Occupational Safety and Health.

"Workers who work in the gig economy are making money but missing out on other standard benefits of having jobs: health care primarily but also paid sick leave and worker's compensation," she tells Here & Now's Robin Young. "It's essentially the Tinder economy. When a temp worker is done with his or her shift, the boss swipes left and claims to have no further obligation."

This freedom from liability is troubling in an industry that is among the most dangerous in the country. Taxi drivers and chauffeurs are killed on the job at a rate five times higher than other workers, according to the National Employment Law Project.Transportation incidents accounted for almost half of on-the-job deaths across all industries, according to a 2014 Bureau of Labor Statistics report.

Young workers are particularly vulnerable because they are attracted to the flexibility of the gig economy, Martinez says.

"These are also the people who are least used to employment and have little experience with job hazards for their work," she says. "Temps are reluctant to call attention to safety issues. They have a fear of getting replaced or losing their jobs compared to permanent employees."

The guiding principle behind worker's compensation is that employers assume responsibility for providing insurance benefits, without regard to fault, to workers injured on the job. In return, employers are protected from lawsuits for work-related injuries or illnesses.

More than 129 million workers in the U.S. are covered by worker's compensation, according to NELP, but many companies in the gig economy do not provide it because their workers are classified as independent contractors. This allows companies to keep labor costs low because it doesn't have to pay contractors the same type of wages and benefits as employees.

These companies make employees – or the public – responsible for the costs of work-related injuries, according the labor group.

On the other hand, Martinez says there are laws in place to protect temp workers, and the burden can be placed on the temp agency that helps them find work.

"It's also important that temp workers know that their temp agency is responsible for worker's compensation if they are injured, and that both the work site employer and temp agency have shared responsibilities for their safety," she says.

But most of the estimated 54 million to 68 million independent workers in the U.S. do not receive employee benefits, according to a 2016 report by the private-sector think tank McKinsey Global Institute. Employers say that keeping their workers as independent contractors helps retain the flexibility of their business model.

"There's a real solid concern that if they offer benefits packages towards their workers that these workers would then be classified as employees," Rich Meneghello, a lawyer who represents employers, told NPR last year.

As a result of employers classifying these workers as independent contractors, Martinez says many workers unknowingly sign agreements that strip away their rights.

"Some, if not most, agreements do not allow workers to pursue civil action if their rights are violated and must go into arbitration," she says. "In some states, there's no really legal legislation that protects temp workers."

As technology provides more opportunities for growth in the gig economy, Martinez says several states are moving forward with legislation to protect the rights of independent workers.

State lawmakers in New York and Washington are pushing for legislation that imposes a fee on gig economy transactions and creates an independent pool of money to provide portable benefits for workers, she says. Lawmakers in Congress have also introduced a bill that would fund pilot programs for portable benefits.