Accessibility links
Subpoena For Deutsche Bank May Put Mueller On Collision Course With Trump However, Trump attorney Jay Sekulow said he had "confirmed that the news reports that the special counsel had subpoenaed financial records relating to the president are false." 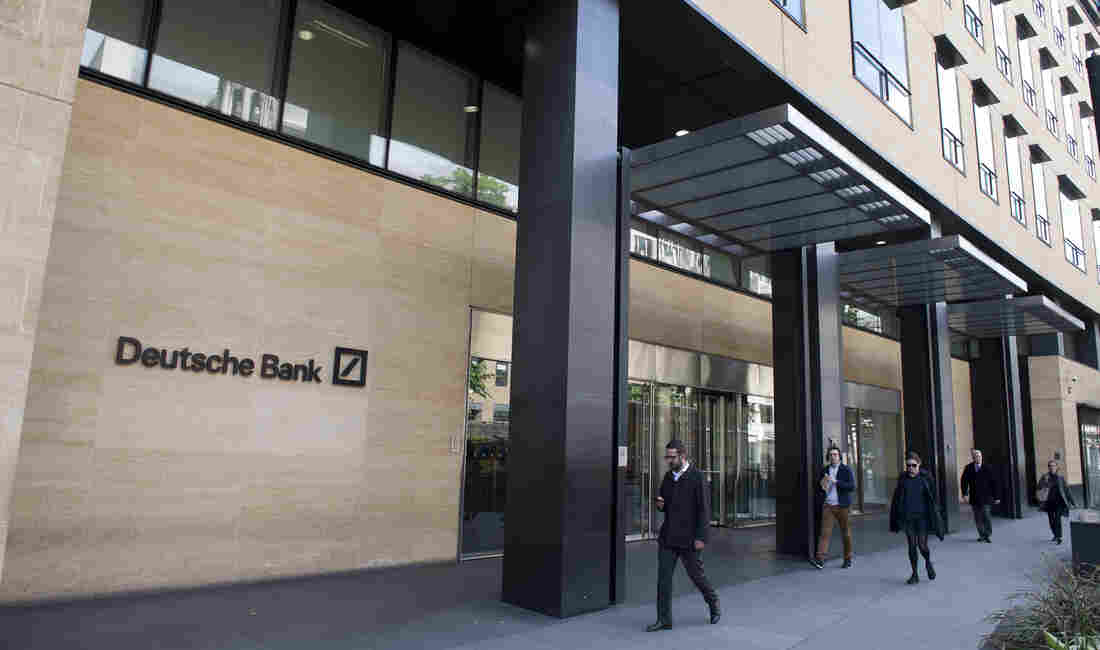 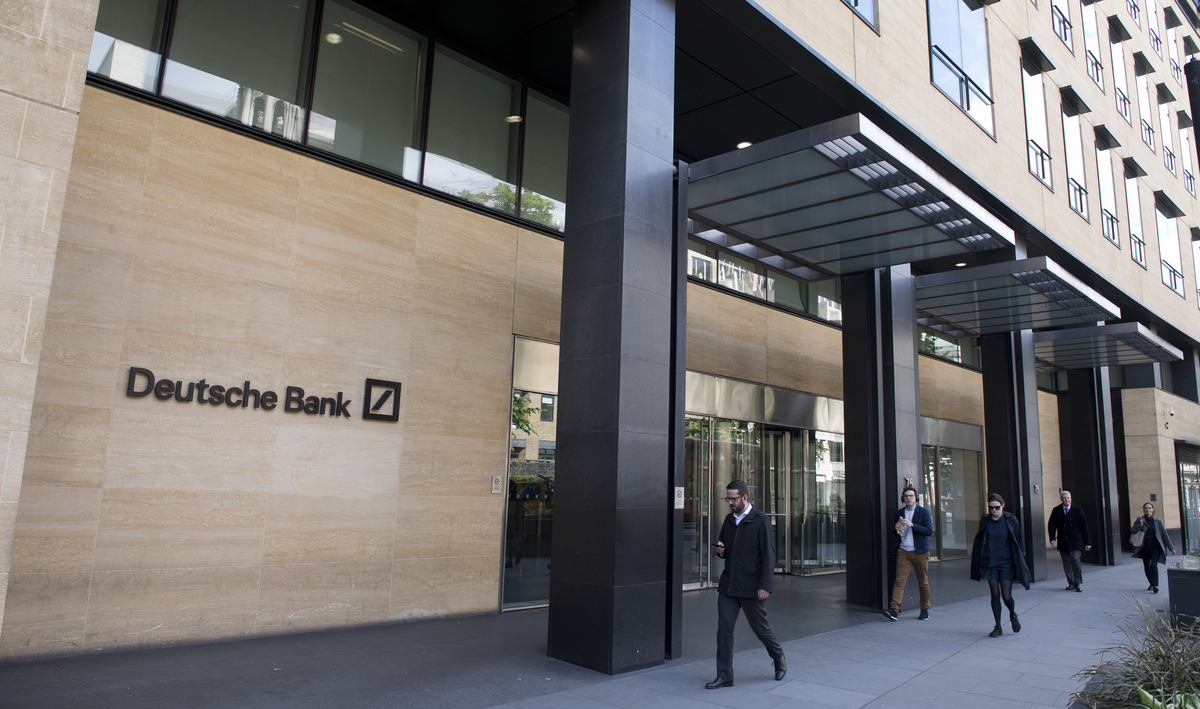 Deutsche Bank has so far not accommodated or discussed American requests for information about the Trumps' accounts. The German business newspaper Handelsblatt, which first reported the subpoena, quoted a spokesman saying that the bank cooperates with official investigators but would not discuss individual cases.

Trump attorney Jay Sekulow, however, said he had "confirmed that the news reports that the special counsel had subpoenaed financial records relating to the president are false." White House spokeswoman Sarah Huckabee Sanders told reporters the stories were "completely false."

Later in the day, Reuters quoted a U.S. official describing what Mueller's team is looking for from Deutsche Bank:

"A U.S. official with knowledge of Mueller's probe said one reason for the subpoenas was to find out whether Deutsche Bank may have sold some of Trump's mortgage or other loans to Russian state development bank VEB or other Russian banks that now are under U.S. and European Union sanctions.

"Holding such debt, particularly if some of it was or is coming due, could potentially give Russian banks some leverage over Trump, especially if they are state-owned, said a second U.S. official familiar with Russian intelligence methods.

" 'One obvious question is why Trump and those around him expressed interest in improving relations with Russia as a top foreign policy priority, and whether or not any personal considerations played any part in that,' the second official said, speaking on the condition of anonymity."

Trump's son-in-law, Jared Kushner, met with the head of VEB, Sergei Gorkov, in December in New York City. Kushner has denied to congressional investigators that they had any conversation about loans or business.

If Mueller's team does expand its inquiry into the Trump family's banking and financial arrangements, that could put it on a collision course with the president. According to Trump's latest financial disclosure forms, Deutsche Bank has made two loans to Trump and holds two mortgages for his golf course in Miami.

But Trump's attorneys have said they believe the Trumps' business and financial arrangements are out of bounds for Mueller's investigation, and Trump has denied all along that he has any financial connections with Russians.

Trump staged the Miss Universe pageant in Moscow in 2013, and his longtime attorney, Michael Cohen, has acknowledged that he reached out to the Russian government to ask for help with a prospective Trump Tower project there. But Cohen said those talks never yielded anything.

The Trump family's dealings with Deutsche Bank have been a focus of opponents for months. Kushner's company received a $285 million loan from the bank one month before Election Day. Democrats on the House Financial Services Committee asked the bank in May for information about reports that it might have been a conduit for Russian money for the Trump family.

Deutsche Bank has paid hundreds of millions dollars in fines to regulators for its involvement in money laundering and other financial crimes, which the lawmakers cited in their request for details about what the bank knows about its dealings with the Trumps.

"Deutsche Bank's pattern of involvement in money laundering schemes with primarily Russian participation, its unconventional relationship with the president, and its repeated violations of U.S. banking laws all raise serious question about whether the bank's reported reviews of the trading scheme and Trump's financial ties to Russia were completely thorough," they wrote.

The letter was signed by the committee's ranking member, Rep. Maxine Waters, D-Calif., and four other Democrats. Majority Republicans did not participate in the request, and the bank did not provide the committee with any information. Mueller's law enforcement powers may mean he gets a different result.

Opponents and some reports have suggested that Trump's businesses are the terminus for billions of dollars in illicit money, funneled out of Russia or the East through intermediaries and into properties connected with the Trump real estate empire. Mueller's subpoena to Deutsche Bank may be aimed at exploring those claims.

The president and his family members deny the charges strenuously; Trump's eldest son, Donald Trump Jr., is expected to repeat those claims on Wednesday when he appears behind closed doors before the House Intelligence Committee in Washington. Kushner also flatly denied Russian financial connections when he talked with members of Congress this fall.

"I did not collude, nor know of anyone else in the campaign who colluded, with any foreign government," Kushner said. "I had no improper contacts. I have not relied on Russian funds to finance my business activities in the private sector. I have tried to be fully transparent."