Accessibility links
Lawsuit Could Put Trump's Sexual Misconduct Accusers Back In Spotlight A New York judge is weighing whether to dismiss a defamation case against President Trump brought by Summer Zervos, a former contestant on The Apprentice who has accused him of sexual harassment. 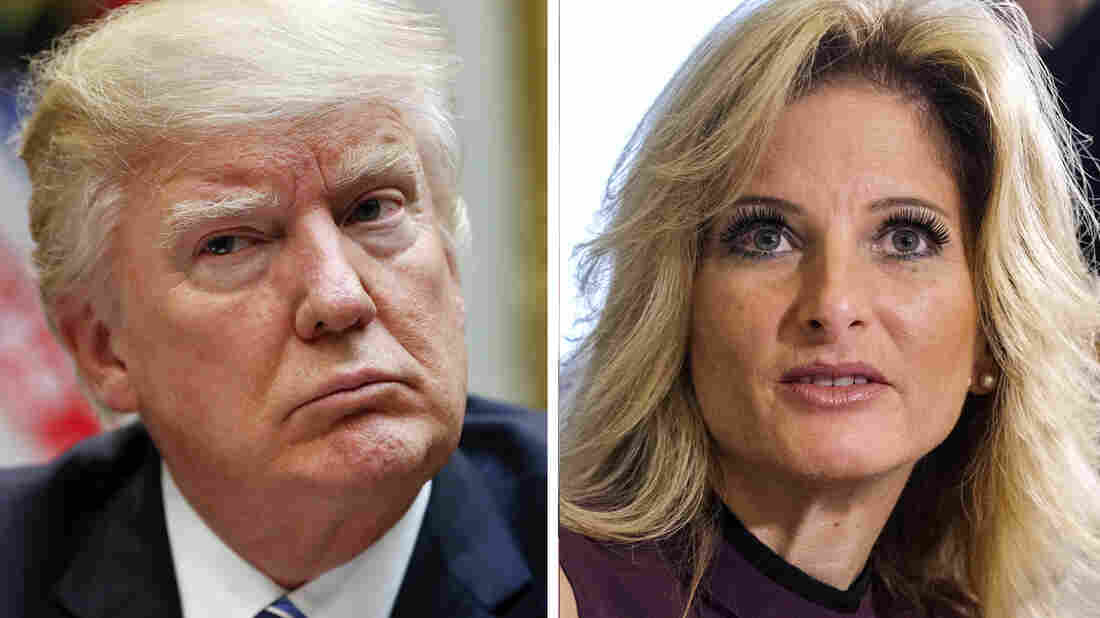 Summer Zervos, a former contestant on The Apprentice, accused President Trump of sexual harassment and has filed a defamation lawsuit against him. AP hide caption 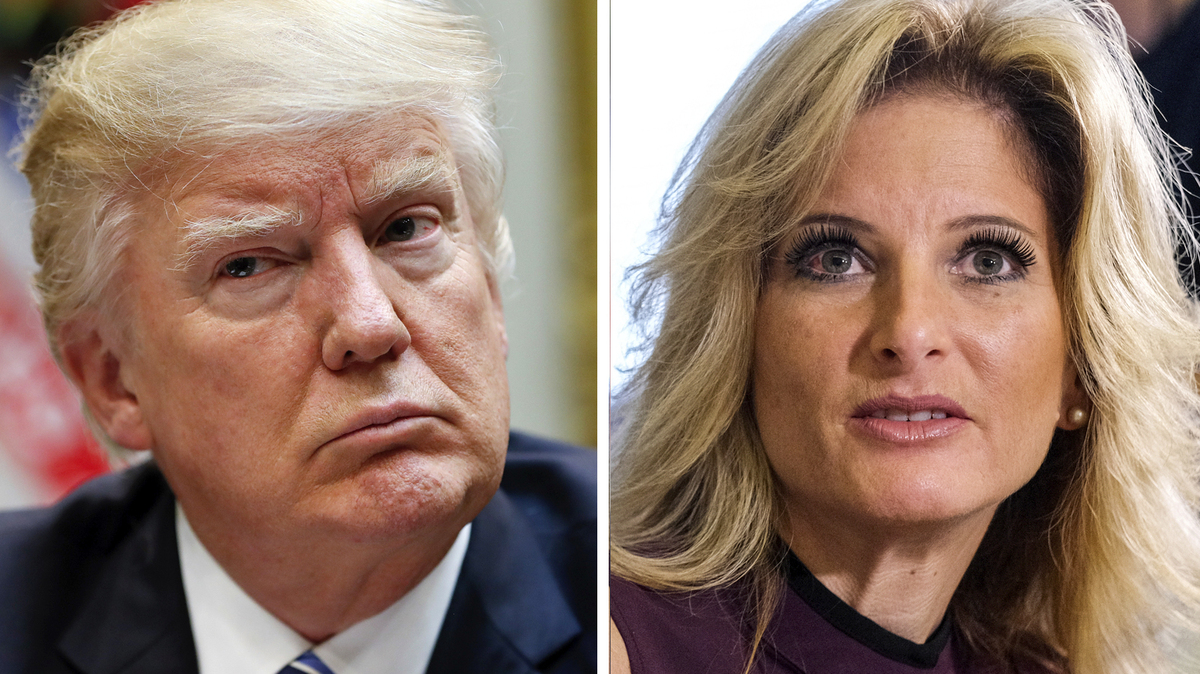 Summer Zervos, a former contestant on The Apprentice, accused President Trump of sexual harassment and has filed a defamation lawsuit against him.

A state judge in New York is weighing whether to dismiss a defamation lawsuit that could bring allegations of sexual misconduct against President Trump back into the spotlight amid a national reckoning over sexual harassment.

The case was brought by Summer Zervos, a former contestant on Trump's TV show The Apprentice. According to a complaint filed with the New York State Supreme Court, she alleges that in 2007, Trump kissed her on the mouth repeatedly, touched her breast and pressed his genitals against her — all without her consent.

Trump has denied the allegations. While stumping as a presidential candidate, he called them, as well as similar accusations disclosed by other women during the campaign, "lies" and "nonsense" motivated by what he said were efforts to get attention and to support his opponent, Hillary Clinton.

Zervos' lawsuit claims that Trump's statements defamed her, and she and her attorneys — including attorney Gloria Allred — are asking Trump to retract them, apologize and pay compensation.

Trump's attorneys have asked Justice Jennifer Schecter to dismiss the case. But if the judge allows it to continue, Trump's presidential campaign may have to release any documents related to more than a dozen women, including Zervos, who have accused Trump of sexual misconduct. Trump and the accusers may also have to face questioning by lawyers about these claims.

Both sides of the case presented arguments in an hourlong hearing at the New York State Supreme Court in Manhattan on Tuesday.

Marc Kasowitz, Trump's personal attorney, argued that under the Supremacy Clause of the U.S. Constitution, a state court does not have jurisdiction over a sitting president, whom he described as "unique in the constellation of our government." Calling a president into state court, Kasowitz said, would be using inappropriate "direct control."

But Zervos' attorneys, led by Mariann Meier Wang, countered that there is no legal precedent that could stop a state court from ruling on the actions of a federal official.

Wang cited the 1997 decision in Clinton v. Jones by the U.S. Supreme Court, which ruled unanimously to allow a sexual harassment case brought by Paula Jones against President Bill Clinton to continue in federal court while he was in the White House. Trump's attorneys contend that case does not apply to lawsuits in state courts.

If the judge decides to allow the case to go on, the president's lawyers have asked to delay it with a stay, which could last for seven years if Trump is re-elected. But Wang argued against delaying, citing the potential of losing evidence and witnesses' memories.

The attorneys also presented arguments about Zervos' defamation claim against Trump. The president's attorney argued that Trump's statements about the sexual harassment allegations are protected speech because Zervos initiated a debate with Trump with her accusations, which Kasowitz described as a "political" move to influence a presidential election. But Wang said that Zervos is not a "political commentator" and stressed that Trump's remarks are "provably false."

At the end of the hearing, Schecter said she would rule later. It is unclear when her decision will be released on the court's website. In case the lawsuit does move forward, Schecter asked Zervos' attorneys whether they could be flexible to Trump's schedule to minimize interruptions to his work as president.

Wang said she would be open to videotaped depositions and suggested recording them during his off-hours at his private Mar-a-Lago resort in Florida or while he is en route to playing golf.