Accessibility links
James Franco Tackles A Hollywood Story 'Unlike Any Other' In 'Disaster Artist' Franco's new film is a behind-the-scenes take on the making of the 2003 cult classic The Room. "It was made for $6 million," he says. "It looks like it was made for about $60." 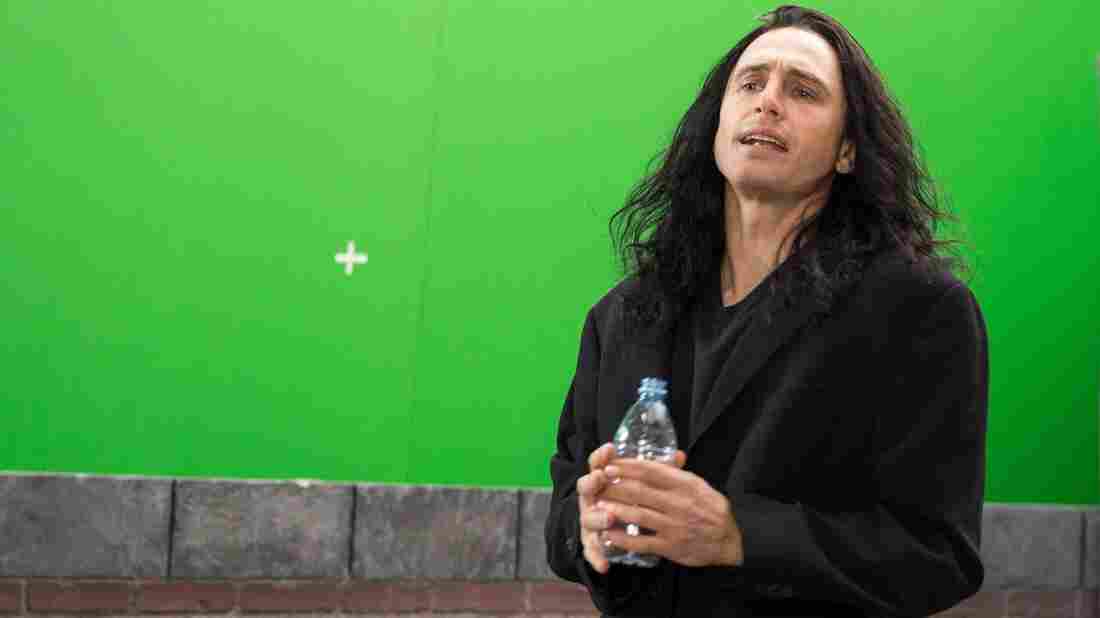 James Franco plays eccentric filmmaker Tommy Wiseau in The Disaster Artist. Franco says Wiseau "looks sort of like a mix between a vampire and a pirate and Michael Jackson. ... He has long black hair that looks like it's dyed with magic marker." Justina Mintz/Courtesy of A24 hide caption

toggle caption
Justina Mintz/Courtesy of A24 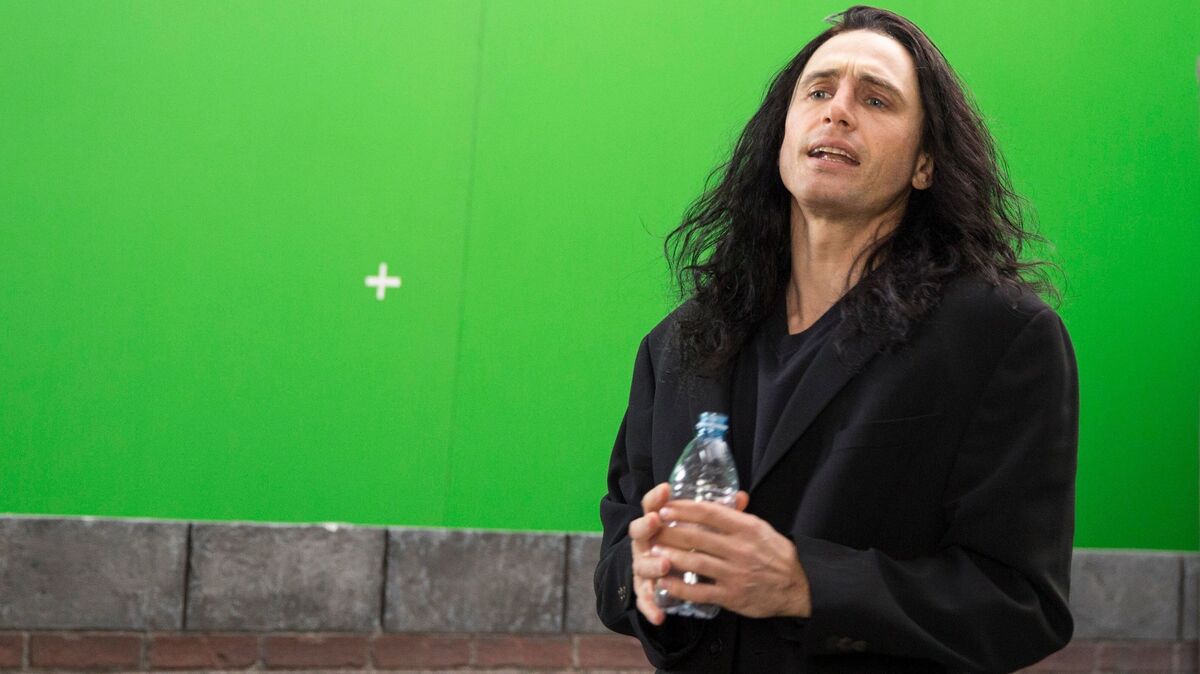 James Franco plays eccentric filmmaker Tommy Wiseau in The Disaster Artist. Franco says Wiseau "looks sort of like a mix between a vampire and a pirate and Michael Jackson. ... He has long black hair that looks like it's dyed with magic marker."

The Room (2003) has been called the Citizen Kane of bad movies. Eccentric filmmaker Tommy Wiseau wrote, directed and starred in the movie, and it has since developed a cult following. Around the country, fans flock to midnight screenings.

Actor James Franco also found himself drawn to The Room. In 2014, after reading a nonfiction book about the film's creation (called The Disaster Artist) Franco knew he wanted to turn the movie's backstory story into another film.

"It's a Hollywood story, but it's unusual and unlike any other," Franco says. "Some people have described this movie as if an alien came from another planet, came down and tried to recreate normal human life, and just sort of [misses] everything."

Franco's new film, which is also called The Disaster Artist, is a comic behind-the-scenes take on the making of The Room. Franco directs the movie and stars as Wiseau, and he also plays Wiseau playing Johnny, the main character in The Room.

Although The Disaster Artist pokes fun at both Wiseau and The Room, Franco maintains that the emotions that drive his film are sincere. He says, "Even though The Room was such a wacky, conventionally bad thing, we're showing that the passion behind it is no different than the passion of Francis Ford Coppola, or of James Dean or of me, James Franco. Everybody has the same level of passion."

On the plot of The Room, and its price tag

[Wiseau] casts himself as Johnny, this great guy, all American guy, and he has a girlfriend and best friend named Mark. And basically the plot of the movie is his girlfriend and his best friend have an affair and betray him, and — spoiler alert — he commits suicide at the end.

And that's kind of it. But that says nothing about all the bizarre creative decisions — the weird side plots about drug dealers that never show up again, mothers-in-law who say they have breast cancer and then never mention it again. Just bizarreness.

On the three mysteries surrounding Wiseau

There are three mysteries to Tommy. [First,] where he's from. ... [His accent] suggests Eastern Europe by way of France, and maybe dialect coaches, and failing at that. But he says he's from New Orleans. ...

The second mystery is his age. He was at least in [his] late 40s when he made The Room, but claimed he was in his 20s.

And then where he got the money, the $6 million, which is the darkest mystery. The other two you just sort of see through the thin façade. But the money — he claims that he made it selling denim at his own little shop.

On how Wiseau's attitude toward The Room changed over time

Tommy Wiseau is the master rewriter of history, because when he was making The Room I think he was completely sincere. He was aiming for [Marlon] Brando and James Dean and came out with something completely different. But when he realized that people were laughing at his film, he then rewrote his whole script [of his life]. ... He came out and said, "Oh, I intended it to be comedy." Whereas, in fact, he had kept it in theaters — on his own dime — for two weeks to qualify for the Oscars.

He goes, "Yeah, I approve, 99.9 percent." And I'm like, "Wow, and what's the 0.1 percent?" And you think he's going to say, "You know, I never said that," or whatever, and he goes — director to director — he goes, "Yeah, James, I think you should look at lighting in the beginning of [the] movie." And I'm like, "Oh man, I'll tell my cinematographer to watch The Room for pointers."

But then we realize only later that he had been wearing his shades through the whole movie, so it's like, "Yeah, of course the lighting is off." ...

I realized in that screening ... when [the audience was] cheering for him, they were cheering his story. They were cheering him on and the will it took to get his movie made, because we made Tommy sympathetic. That was our aim in the movie. ... That was the first time in Tommy's entire life that he heard unadulterated, un-ironic applause for his story. Just thinking about that, it moves me right now to say that. He got it; he finally got what he wanted.

Therese Madden and Thea Chaloner produced and edited the audio of this interview. Bridget Bentz, Molly Seavy-Nesper and Nicole Cohen adapted it for the Web.