Accessibility links
At Design Miami, The Future Isn't So Bright The Florida fair is an alternative to the expensive contemporary art market: collectible design, which includes everyday items that speak to a shift away from seeing the future as bright and polished. 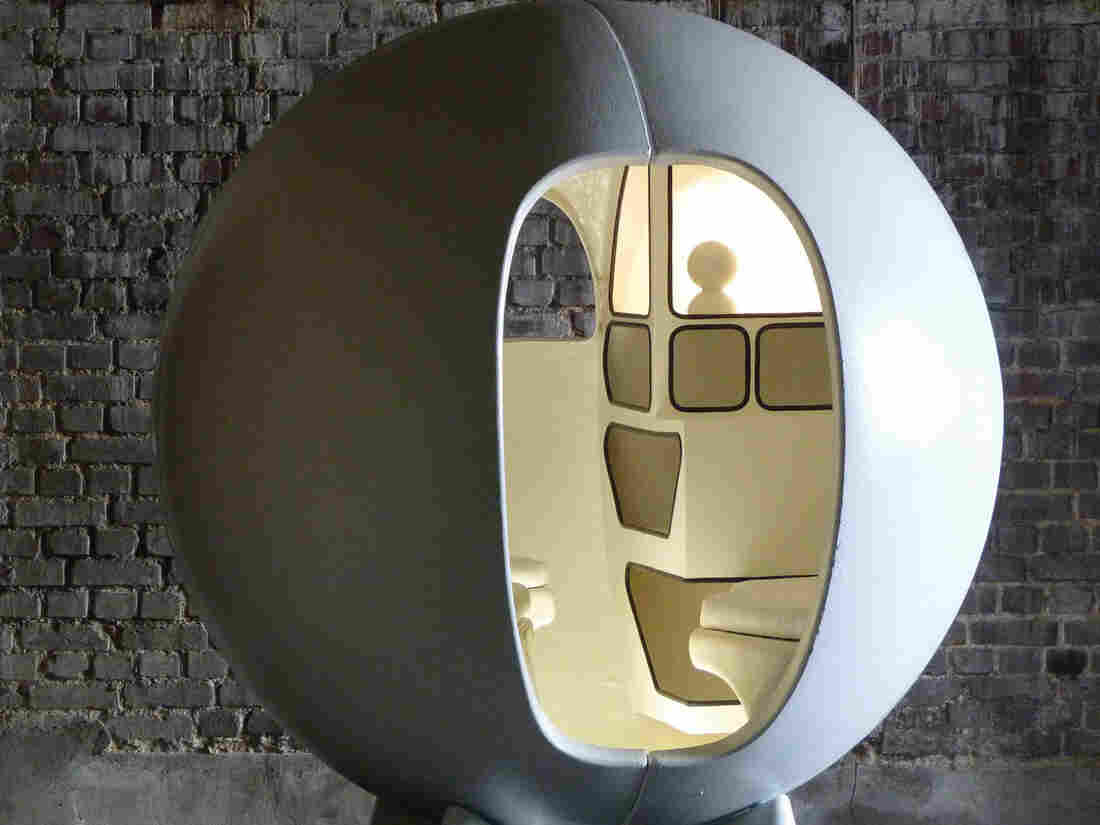 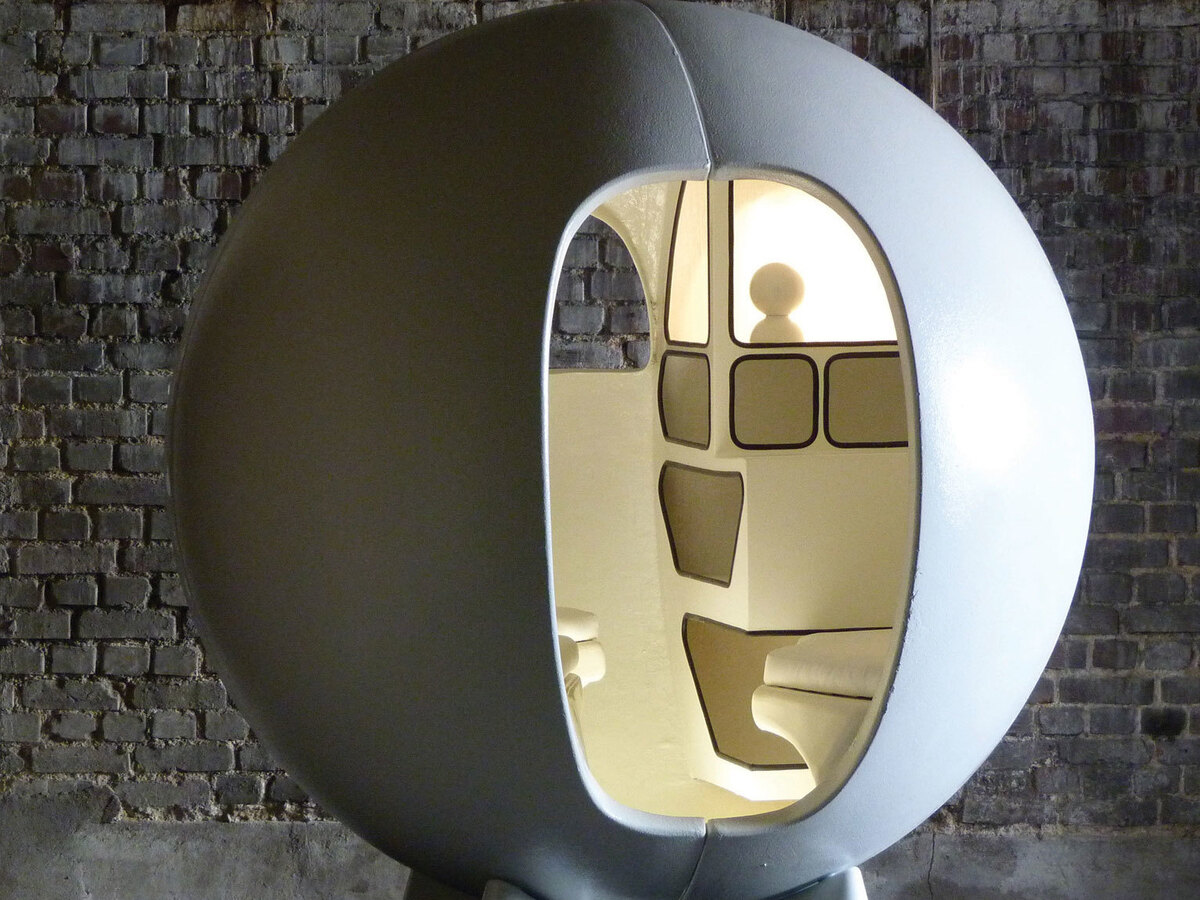 A chair is just a chair, unless it's designed as a sound-insulated "isolation sphere": a space-age, egg-shaped pod that was created by a French architect in 1971. It's the kind of unique object you can find at this year's Design Miami.

The fair features everything from vintage furniture to contemporary ceramics to handcrafted jewelry — all collectible objects from the 20th and 21st century. Rodman Primack is chief creative officer of the marketplace, where potential buyers can find unique, limited edition pieces and prototypes commissioned by 34 galleries from around the world. 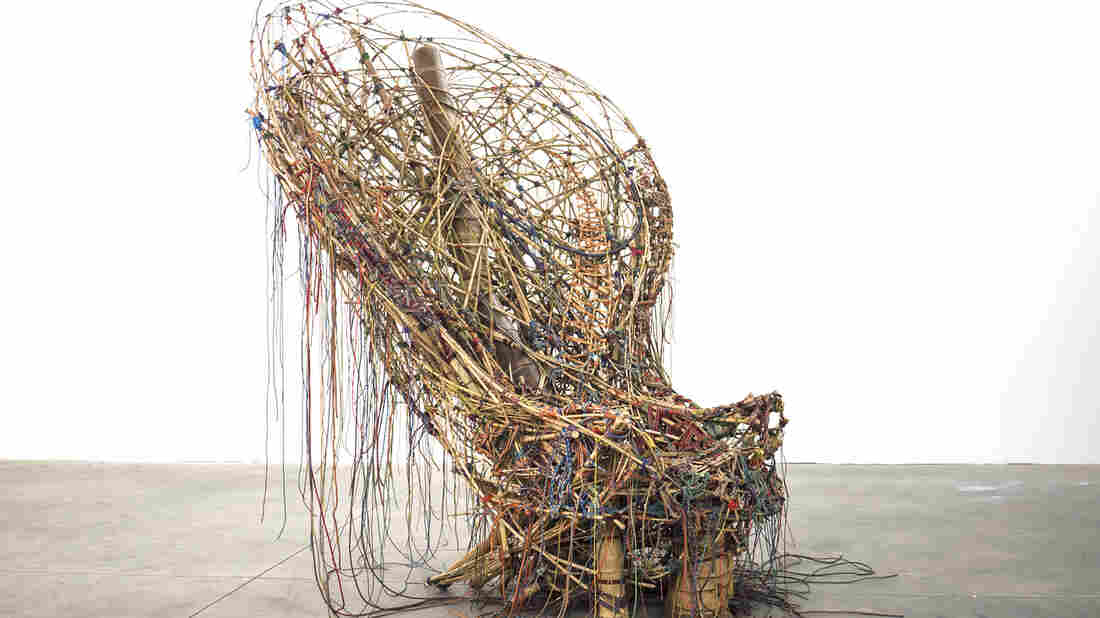 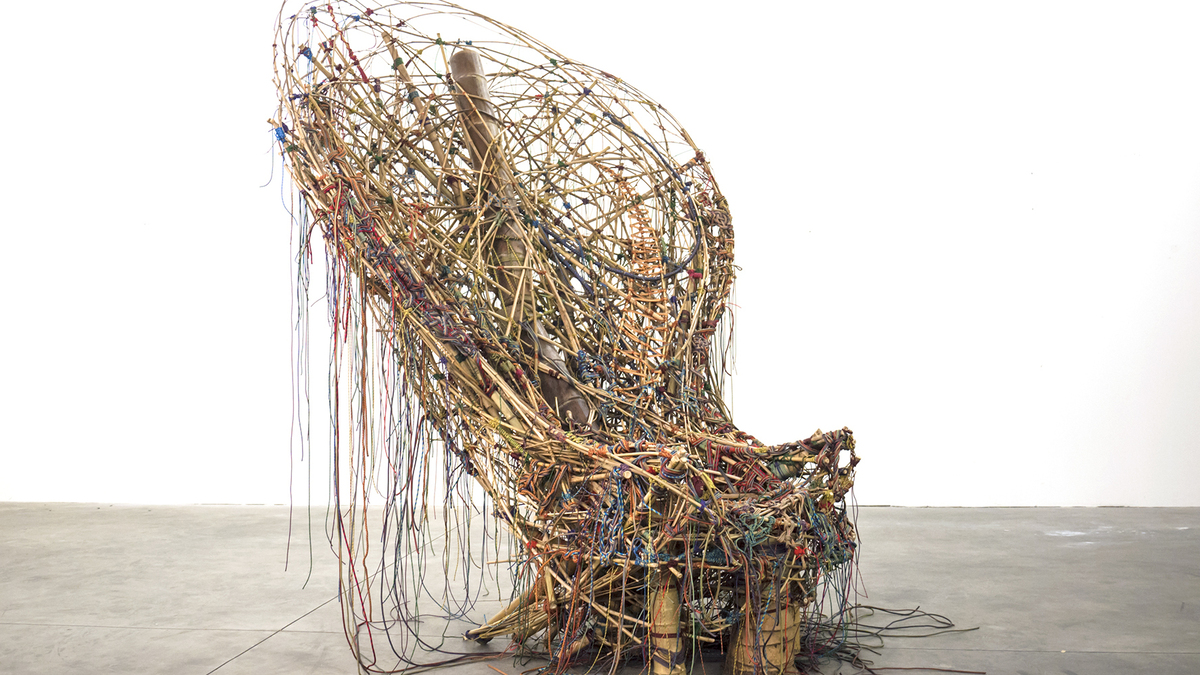 'All The Nightmares Came Today,' by Mike and Doug Starn.

"Everything that you can consider for the home in many cases has been put through this lens by a designer," Primack says. "And if it's something special, then it might end up at Design Miami."

He expects as many as 40,000 people this year; many of them are also in town for the famed Art Basel fair. As the market for contemporary art gets increasingly expensive, many collectors are attracted to designer tables, chairs and light fixtures, says Zoe Ryan, the Chair and Curator of Architecture and Design at The Art Institute of Chicago.

According to Ryan, Design Miami also offers a chance for people to see experimental objects, including an interactive installation at the fair called "A Wild Thing."

Belgian artists Fien Muller and Hannes Van Severen have created a replica of their own living room, complete with sounds from their family dinner table. Hidden speakers in the walls and furniture play recordings of their family members talking about their lives and objects. The artists partnered with AirBnB to offer their real home for $244 a night during Design Miami. 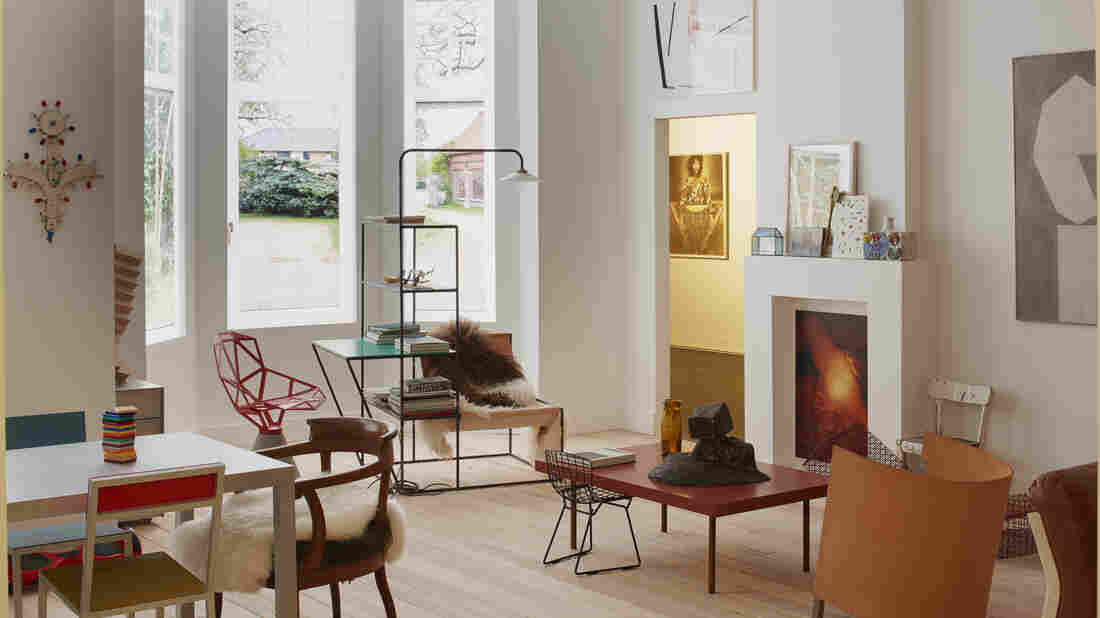 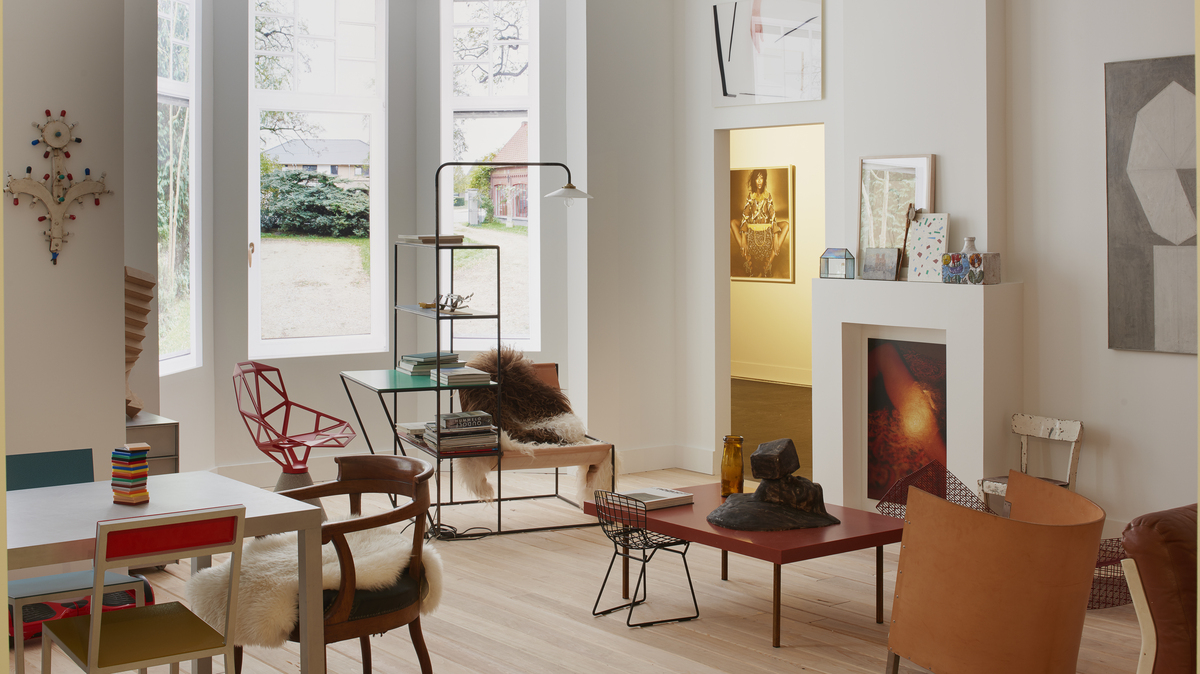 "It speaks to a kind of shift away from an optimism that thinks about the future as being really shiny, and happy, and polished and bright to something that's more about burrowing and needing comfort and coziness."

The constant barrage of bad news over the last couple of years, Primack says, might have something to do with that. "Suddenly, it's important to have your home be a place where you can go and feel safe." 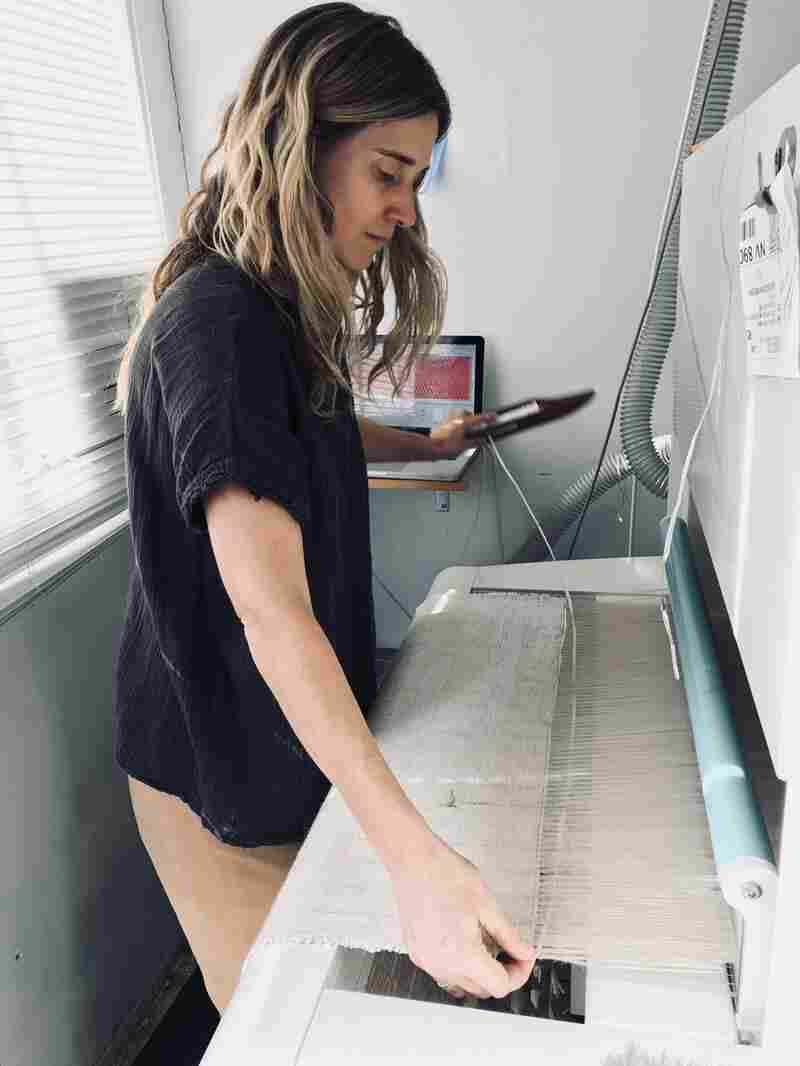 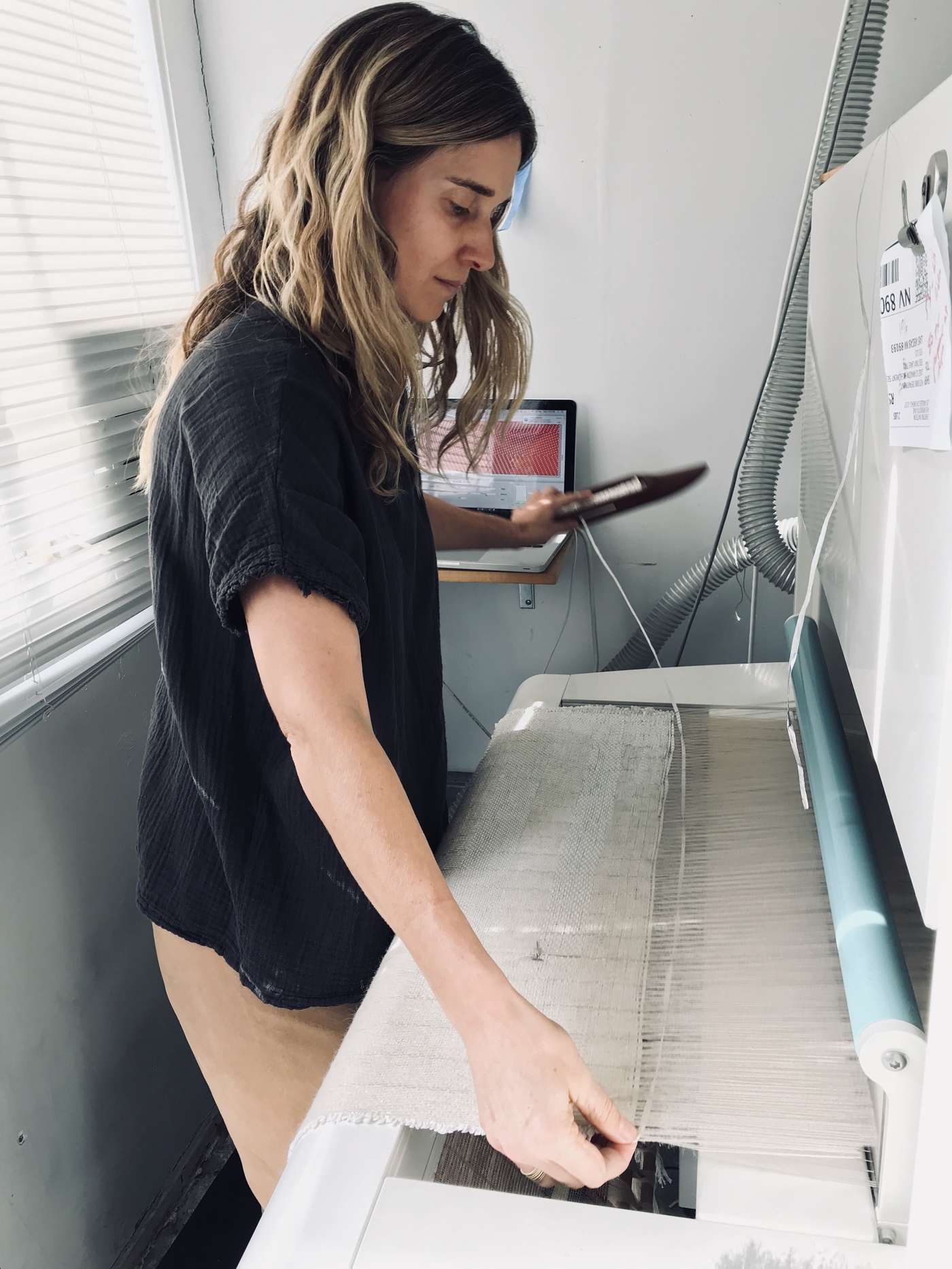 Weaver Christy Matson uses a Jacquard loom to make her wall hangings. The rare machine was invented in the early 1800s.

That's where designers like Christy Matson fit in. On a rare loom in her backyard studio in Los Angeles' Highland Park neighborhood, Matson weaves painted paper yarn to make framed artworks. Two of her hand weavings are being shown at Design Miami.

"They're both very subtle. It's like a white on white, kind of tone on tone thing," Matson says. "You really have to see them in person to understand, sort of, the subtlety and complexity of them."

For the past 20 years, Matson has been making her art with a Jacquard loom, invented in the early 1800's as a way to produce textiles with complex patterns. The original loom used punch cards to control the patterns — an early precursor to the computer. These days, she uses a laptop to connect her hand-painted designs to the loom, so Matson's wall hangings still have that handmade quality collectors are seeking.

"It's kind of a reaction against maybe all the things that are mass produced that we're surrounded by on a daily basis," Matson says. "So I think there's an attraction to things that come from the natural environment. You know, people want to be knitting, making their own ceramic mugs. There's a return to wanting to use our hands." 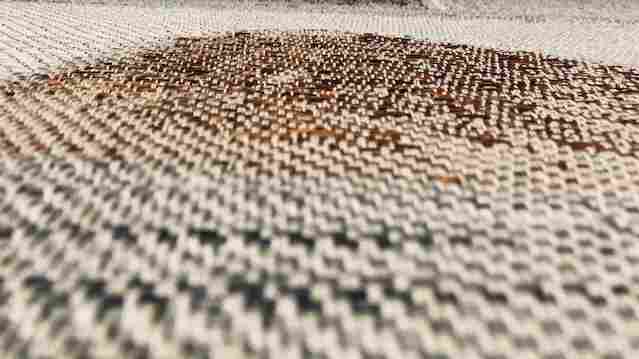 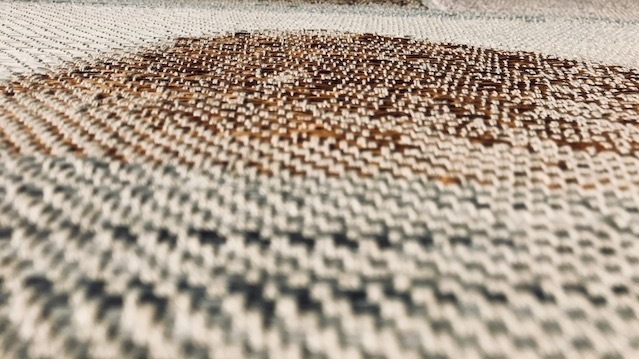 Closeup of Christy Matson's artwork. She uses Japanese paper yarn that she handpaints.

The lines between craft, art and design are blurred these days, Matson says, adding that most collectors are looking for things they can enjoy living with for many years. "I mean, I don't know who the people are that can spend $20,000 on a chair, but it's not me. But they're out there, right? And they do."

At Design Miami, Christy Matson's hand weavings are selling for $10,000 to $20,000 each. But that's still less expensive than buying, say, a Michel Basquiat painting.