Accessibility links
'The Shape Of Water': An Elegant Fable Of Starfish-Crossed Lubbers Guillermo del Toro's fish story may play like The Carol from the Black Lagoon, but the director's penchant for lyricism make it "a transporting, lovingly made specimen of escapism." 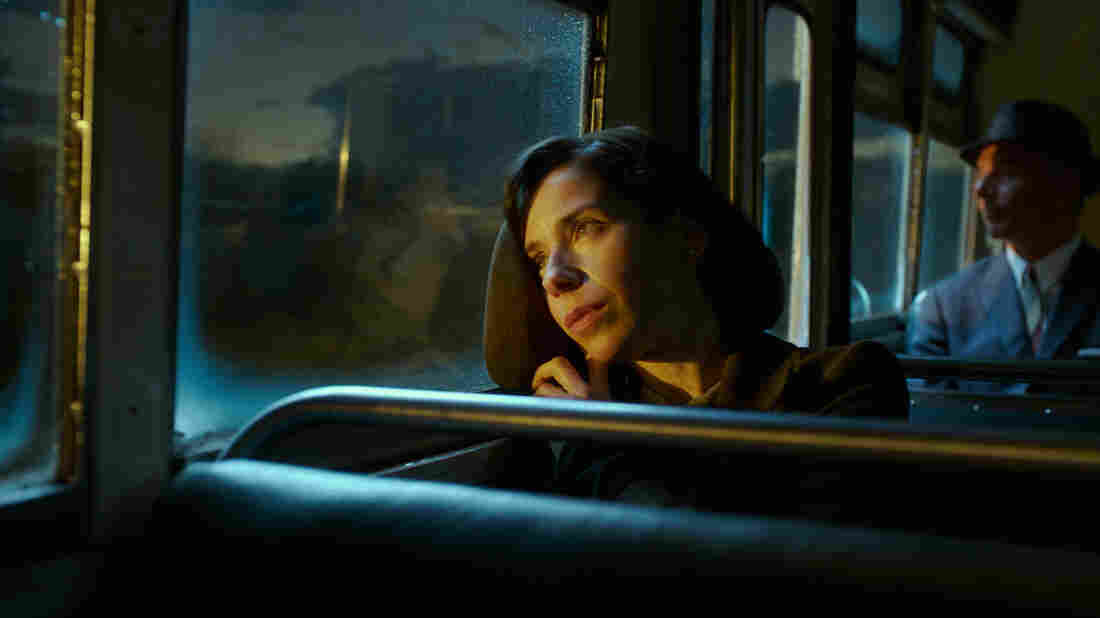 Elisa (Sally Hawkins) prepares to put in a good word for your old buddy Gill, because the wolves are at Old Gill's door, in The Shape of Water. Kerry Hayes/Fox Searchlight hide caption 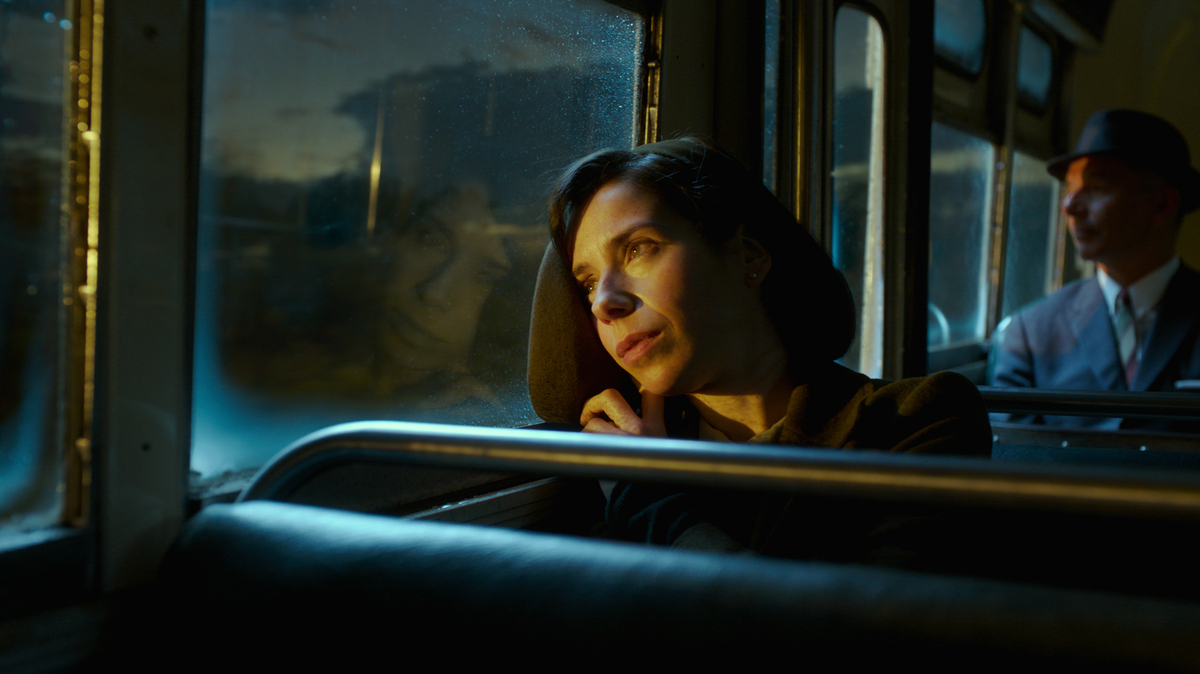 Elisa (Sally Hawkins) prepares to put in a good word for your old buddy Gill, because the wolves are at Old Gill's door, in The Shape of Water.

The year before he won an Academy Award for designing and building the puppet star of E.T., Italian special effects artist Carlo Rimbaldi created a much more frightening creature — minus the light-up heart, plus tentacles — to have simulated sex with Isabelle Adjani in the psychological horror film Possession, a movie that probably sold fewer lunchboxes and plush toys.

The Shape of Water, the latest R-rated fairy tale from Mexican auteur Guillermo del Toro, offers a sense of what might spawn if those two Rimbaldi feature-creatures were to mate. The Spielbergian gentleness wins out, by a lot, making for a hybrid that's just a little too cuddly to rate with The Devil's Backbone or Pan's Labyrinth, del Toro's twin masterpieces. I wish his new film had spent at least a little time being frightening before it phased into aching and swooning; with its lush evocation of longing amid gleaming midcentury diners and cinemas and Cadillacs, SoW sometimes feels like The Carol of the Black Lagoon. But it's a transporting, lovingly made specimen of escapism — if it's possible for a movie that depicts a powerful creep blithely abusing women in the workplace to count as escapism — and easily the strongest of del Toro's seven English-language features, though it spin-kicks less vampire butt than Blade II did. To place yourself in GDT's hands, as he tells the type of story he tells better than anyone else, is a rich pleasure.

Del Toro has been making movies about monsters (human and otherwise) and legends for a generation now, and The Shape of Water feels like an attempt to distill those grand subjects into something awards voters and audiences who found Pan's Labyrinth just too sad to bear can easily embrace. It's a sweet-natured (and explicit, though not exploitative) romance between Elisa, a mute janitor at a secret government laboratory (Sally Hawkins, whose mostly silent performance is still among the year's most dimensional) and the sensitive, intelligent amphibi-man being held captive there. She plies him with hard-boiled eggs and Benny Goodman records, proving that it really does take all kinds, and eventually teaches him to communicate with her in sign language. Inside the fish-suit is Doug Jones, an actor who's done soulful work beneath masks and makeup in many del Toro films — Abe Sapien, his character from the director's two comic-book-derived Hellboy movies, is an amphibian, too.

Anyway, these star-and-species-crossed lovers must evade the snarling G-man Strickland (Michael Shannon, in full Zod mode), who is under orders to learn whatever he can from "the asset" and then dispose of it. Del Toro, who collaborated on the screenplay with Vanessa Taylor, has set the story in the Marvel Age — the early '60s — with the news full of cops bludgeoning civil rights marchers and Hueys in the skies over Vietnam. As with Peter Jackson's underrated 2005 remake of King Kong, adoration of showbiz and cinema oozes from SoW's every gill: Elisa's apartment is above a grand cinema that shows Cinemascope extravaganzas like The Story of Ruth. When del Toro follows up a crisply executed action sequence with a black-and-white dance number, anyone who found La La Land too precious is likely to reach inside their bag of tomatoes. (It bring me no joy to report that it is not Jones, but someone named Edward Tracz, who performs the dance in the fish-suit.)

The movie will likely catch some flack for valuing Sally's perspective over the supporting players, but fairy tales tend not to be ensemble stories. Octavia Spencer plays Zelda, her best friend at the lab, while Richard Jenkins is Giles, her closeted roommate. (He's an illustrator by trade, blackballed by his former advertising firm for gayness or drunkenness or both.) Spencer and Jenkins have each played parts like these before. In Hidden Figures, Spencer embodied Dorothy Vaughn, the real-life math whiz who became NASA's first African-American manager, which makes it a drag to see her back in the same period as a cleaning lady.

To the movie's credit, Zelda and Giles both have inner lives and the opportunity to make choices that drive the story, as does Michael Stuhlbarg, playing a scientist of murky loyalties. Del Toro makes a point of efficiently noting the sexual habits and frustrations of his major characters: Strickland keeps his shirt and tie on, Don Draper-style, and urges his wife to keep quiet while he discharges his husbandly duties. Ew. Jenkins crushes on the proprietor of a nearby diner, ordering slice after slice of sub-par pie, while Spencer laments that a now-expired "animal magnetism" (her words) saddled her with an inert husband who isn't any damn good. Without getting all prurient about it, Elisa appears to be the most fulfilled among them even before she invites the Aqua-Man to her Hall of Justice.

Nothing else that happens is likely to surprise you; that's not del Toro's game. In interviews he takes pains to distinguish inevitability — the province of stories that echo again down through generations and cultures — from predictability. Sure, Beauty and the Beast may have been the year's biggest inevitability in commercial terms — but that's just the sink-or-swim marketplace. In its maturity and originality, The Shape of Water leaves that other tale of benign bestiality in its wake.