Accessibility links
Al Franken Resigns. What's Next For Democrats, Minnesota And The Senate? With the resignation of Minnesota's Al Franken, Republicans may have just been handed a possible takeover opportunity in a state President Trump lost by just 40,000 votes. 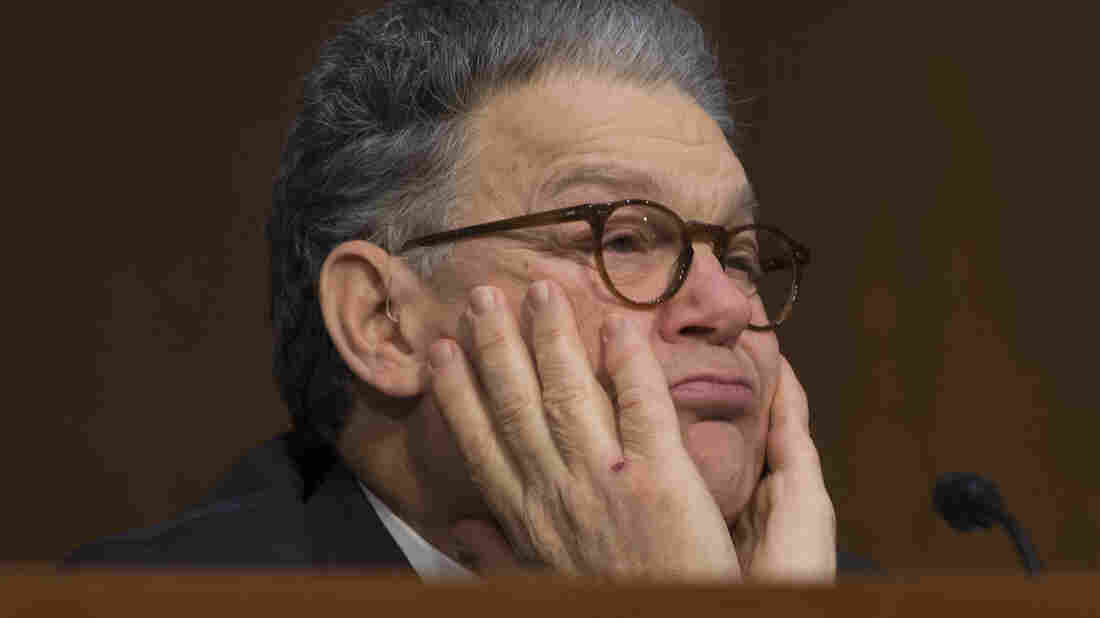 Sen. Al Franken announced Thursday that he will resign. The decision will likely set off a Democratic primary fight and give Republicans a chance to pick up the seat. Saul Loeb/AFP/Getty Images hide caption 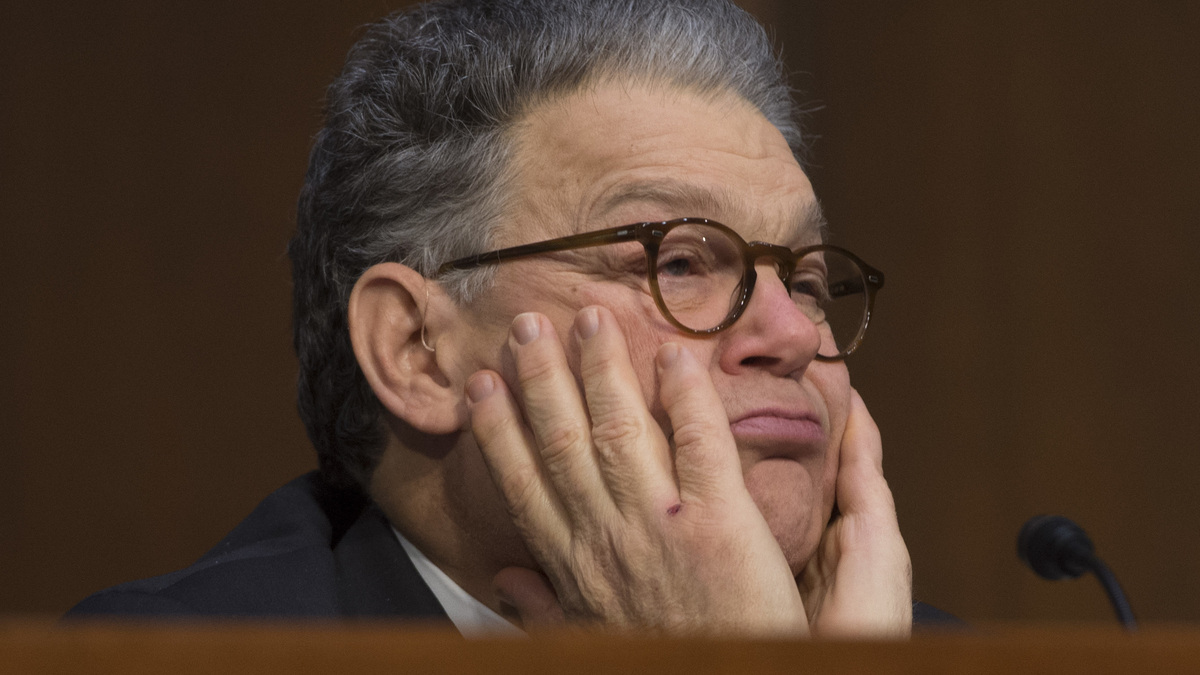 Sen. Al Franken announced Thursday that he will resign. The decision will likely set off a Democratic primary fight and give Republicans a chance to pick up the seat.

Sen. Al Franken, D-Minn., deciding to resign from the Senate on Thursday amid allegations of inappropriate sexual conduct now sets off a chain of events that could give Republicans an unexpected target in 2018.

Here's a look at how it would all play out:

What would happen right away?

Minnesota's Democratic Gov. Mark Dayton, a former senator himself, would appoint a successor. (Minnesota is one of 36 states in which governors have the power to fill a Senate vacancy.)

Dayton is expected to act quickly.

What's Next For Democrats After Franken And Conyers

What's Next For Democrats After Franken And Conyers

Who is she, and why would he pick her?

Smith is a longtime state Democratic insider. She's close to Dayton, as she was his chief of staff in his first term before Dayton elevated her to lieutenant governor.

Part of the thinking for picking her is twofold: One, Dayton is reportedly being advised to pick a woman for the seat, considering the circumstances surrounding Franken's resignation; and two, Smith is seen as a caretaker pick.

In other words, she's someone who would likely not seek permanent election to the seat. (The election, per state law, would take place next year — at the next round of statewide elections.)

This gives Democratic grass roots the chance to have more of a say in who will replace Franken. This is a state with a very active liberal base. Bernie Sanders, for example, won this state in the presidential primary with more than 60 percent of the vote.

There's the very real possibility that a top-down pick could infuriate the base, doom the appointed senator, set off an ugly primary and harm the party's chances of holding the seat.

But, wait, doesn't a caretaker senator have a potential downside for Democrats?

The appointment of a caretaker could set off an ugly primary, anyway. Appointing someone who could run in 2020 would give the new senator two years to build up some brand loyalty before facing voters.

Nevertheless, the governor, knowing his state's liberal base, likely sees a bitter primary as less likely than if the grass roots has their voices heard.

Either way, it will mean the party focused on itself for some time before a possible general election against a Republican.

And despite Minnesota's reputation as a seat of liberalism, Trump lost Minnesota by only about 40,000 votes, or about 1.5 percentage points.

And remember that Franken was first elected in a nail-biter recount. He won by only 312 votes out of 2.9 million.

What's more, Franken's seat wasn't up until 2020. By appointing a caretaker, it puts Democrats at a disadvantage and gives Republicans yet another pickup opportunity in a cycle when they were already defending more than two dozen seats, while just nine Republican incumbents are up for re-election.

Of course. If Dayton consults with Democratic Senate Minority Leader Chuck Schumer of New York, which he's expected to, he might be convinced to have a change of heart. Schumer is a former Democratic Senatorial Campaign Committee chairman and is keen on protecting as many Democrats in his chamber as possible.

What's more, if Democrats can pick up the seat in Alabama, which is possible with Republican Roy Moore being embroiled in a sex-assault controversy of his own, Democrats would then have a (very) narrow window to take back the Senate in 2018.

A competitive Minnesota race could imperil that, as party resources would be diverted.

Speaking of Moore, does Franken's resignation make Republicans rethink their embrace of Moore?

Nothing perhaps sums up the cognitive dissonance between the Republicans' approach to Moore and their denunciation of Franken better than this exchange on Fox News between host Neil Cavuto and Texas Sen. Ted Cruz.

Cruz is asked if Moore should be expelled if he wins, and he says, "Of course not, and I think we've got to respect the will of the voters."

Then Cavuto asks about Franken. Cruz shifts and says that the allegations against the Minnesota Democrat are a "serious, serious problem."

"These allegations are serious," Cruz says, "and they keep coming up. Every day, more and more and more allegations. And I will say, there's a rich irony watching all the Democrats backpedaling and trying to justify now their colleague who you've got I think the count is five women who allege groping. And that's a serious, serious problem, and I think it's something we're going to see debated quite a bit more."

Democrats, who are trying to position themselves as the party of zero tolerance on sexual harassment, see irony — a word Franken himself used on the Senate floor — in the fact that while they have pushed out Franken and Michigan Democrat John Conyers, many Republicans continue to back Moore and President Trump.

Moore has been accused of sexual misconduct, including assault, by multiple women, many of whom were teenagers at the time of the alleged actions. Trump, of course, was accused by more than a dozen women of misconduct, assault and inappropriate touching. He was also accused of walking into the dressing room of teenage girls without warning during the Miss Teen USA pageant that he owned. Both Moore and Trump have denied any wrongdoing.