Accessibility links
Southeast Prepares For First Winter Storm Of The Season Forecasters expect lower temperatures and some precipitation with a storm front moving across the Southeast. Though most estimates top out at 2 inches of snow, ice isn't out of the question.

Southeast Prepares For First Winter Storm Of The Season

Southeast Prepares For First Winter Storm Of The Season 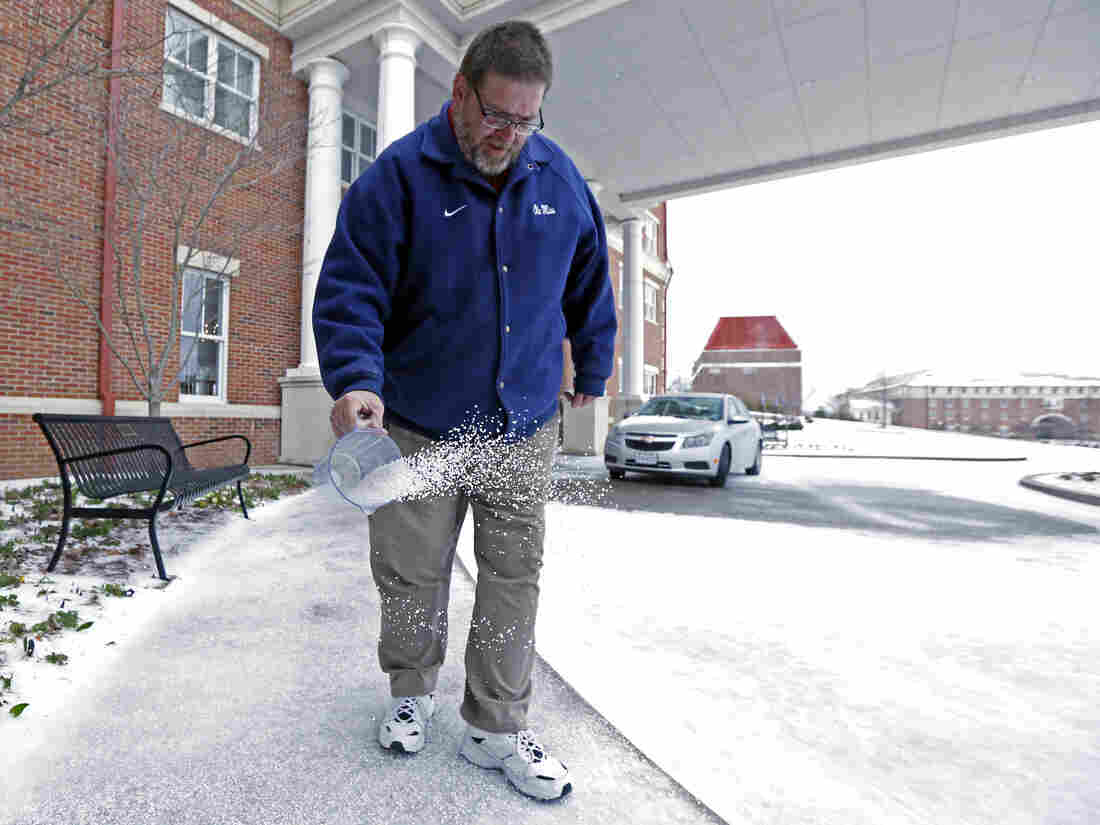 The Southeast is preparing for the first winter storm this season. Though precipitation is expected, warmer air and ground temperatures should prevent serious sticking or freezing. Rogelio V. Solis/AP hide caption 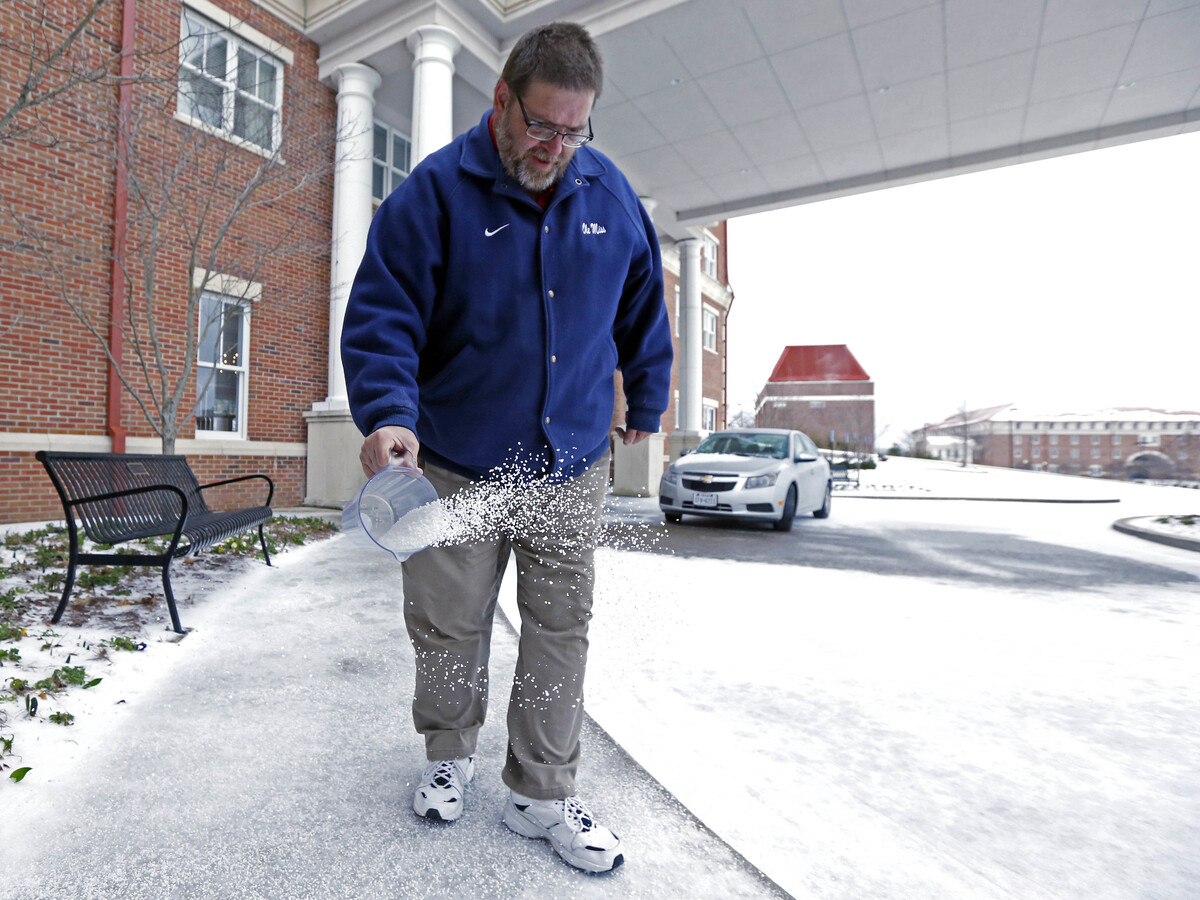 The Southeast is preparing for the first winter storm this season. Though precipitation is expected, warmer air and ground temperatures should prevent serious sticking or freezing.

Haunted by the memories from unanticipated winter weather in 2014, officials in Jefferson County, Ala., made the call to delay school by two hours Friday. The potential for precipitation comes with the first winter storm advisory of the season that could affect states from Texas to the Carolinas. Depending on the state, advisories stretch from Thursday evening into Friday morning.

Due to the expectation of winter weather, all Jefferson County Schools will be delayed by 2 hours tomorrow. Buses will run 2 hours late and classes will begin at 10 am. pic.twitter.com/6BYdy28csp

The concerns stem in part from the chance of rain and dropping temperatures. In an area with many hills and fewer snowplows, icy roads close things down quickly. As of Thursday evening, multiple city and county schools in and around Jefferson County had announced delays or closures. The National Weather Service predicts between 1/4 and 1/2 inch of precipitation across most of Alabama.

A Beautiful And Wild Winter Day In The Adirondacks

WBRC in Birmingham reports that air temperatures were above freezing on Thursday afternoon. That, in addition to warmer ground temperatures, should avoid a "nightmare scenario," according to meteorologist J-P Dice.

The Mississippi Emergency Management Agency issued warnings that people should be particularly careful on bridges and overpasses.

"Anytime we talk about snow, especially in south Mississippi, people get concerned," MEMA Director Lee Smithson said in a statement. "We are not expecting any major issues with the snow, our biggest concern is with the extended cold temperatures all over the state through the weekend."

MEMA recommended that locals dress in layers and to be prepared with emergency kits in their homes and cars — if they have to drive at all. Officials recommend checking on neighbors, especially the sick or elderly.

In the afternoon and evening hours, those in central and south Texas shared photos of snow on Twitter — some accounts boasting a sense of humor surrounding the South's reaction to winter weather.

It’s “snowing” here in Austin, TX and by snow, I mean there’s white stuff in the air that isn’t sticking to anything. ☃️ pic.twitter.com/AoXBmAQHiO

Per ACIS database...only 8 other days dating to 1948 at Corpus Christi Int'l Airport with measurable #snow. pic.twitter.com/mSftU9pJTx

As the storm moves through the area, cold temperatures are expected to stick around through the weekend even if the snow doesn't.