Accessibility links
StoryCorps: A Father Speaks To His Son's Killer Face To Face, 25 Years Later Ahead of the 25th anniversary of a shooting at Simon's Rock college in Massachusetts, a father whose son was killed that day sits down with the man who pulled the trigger. 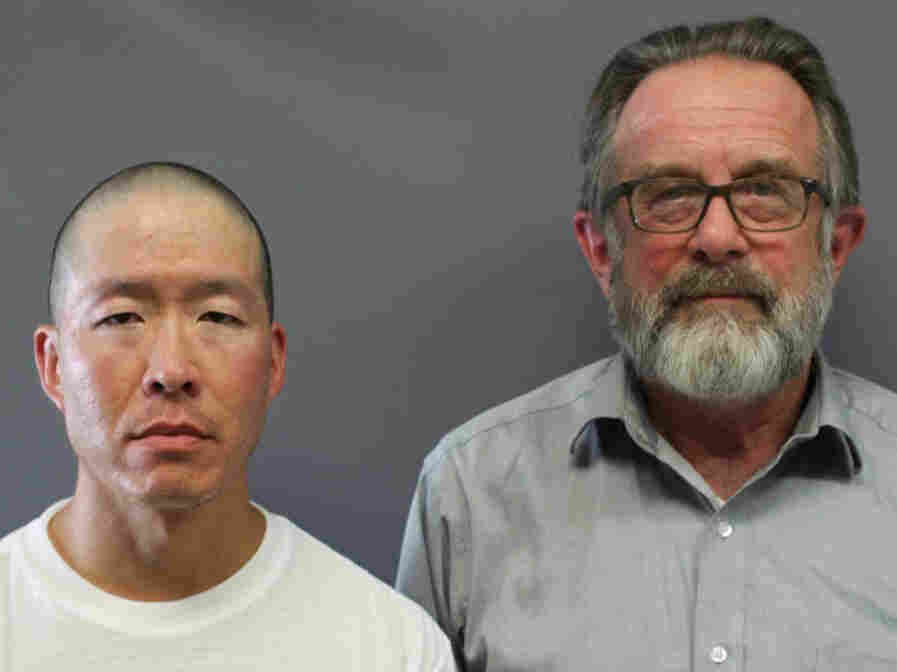 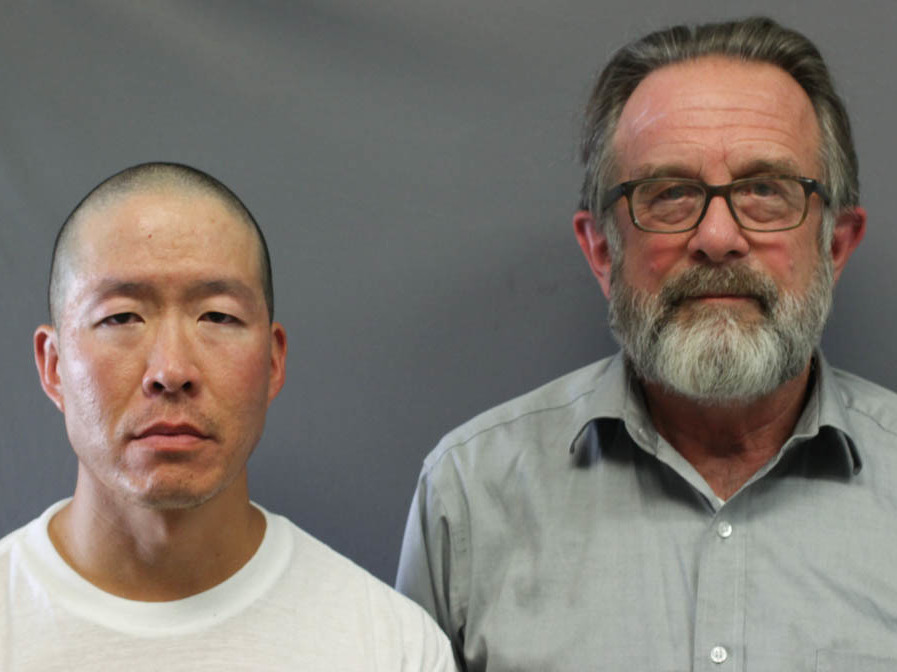 Editor's note: This StoryCorps conversation was difficult to have, and may be hard for some listeners to hear and read.

Greg Gibson and Wayne Lo recently spoke for the first time in person at the Massachusetts Correctional Institution in Norfolk, a medium-security level prison for male inmates, but the story behind their meeting — how their lives collided and subsequently crumbled — began decades ago.

They acknowledged this at the beginning of their StoryCorps conversation at the prison.

"My name is Greg Gibson, and I'm speaking with the man who killed my son," Gibson, 72, begins.

On Dec. 14, 1992, Lo, then a student at Simon's Rock college in Great Barrington, Mass., stalked the campus with a semiautomatic rifle, firing at random using ammunition ordered over the phone and delivered to him at school. At the time, Lo said he was receiving commands from God. Lo wounded four people and killed two, including Galen. He's now serving two life sentences without the possibility of parole. 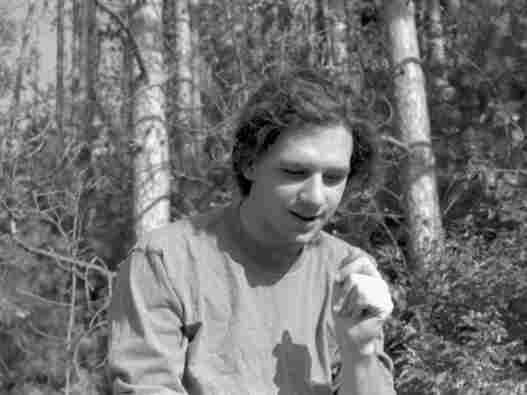 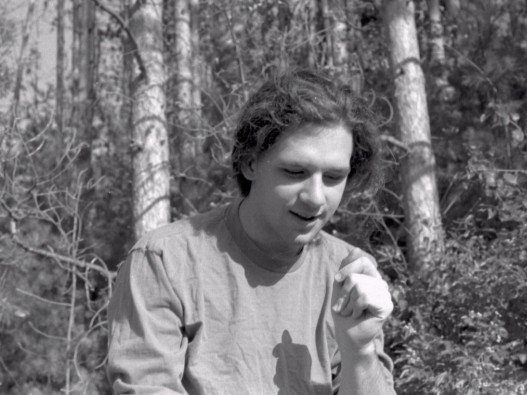 Galen Gibson was a student at Simon's Rock college, where Wayne Lo, also a student, stalked the campus with a semiautomatic rifle, firing at random. Lo killed two students, including Galen.

In the years since, Gibson has set out to understand how it happened, in hopes of preventing others from living through what he has.

"Almost since that first moment, it has been my constant prayer to take this most awful of things that could possibly happen and turn it into something good, so that it's not all just a pure waste and loss," Gibson says.

Gibson set up The Galen Gibson Fund, which contributes to organizations working to serve victims of gun violence, and he also interviewed other victims and their families, school officials, even the man who sold Lo the gun. He put those conversations in a book, Gone Boy, first published in 1999. 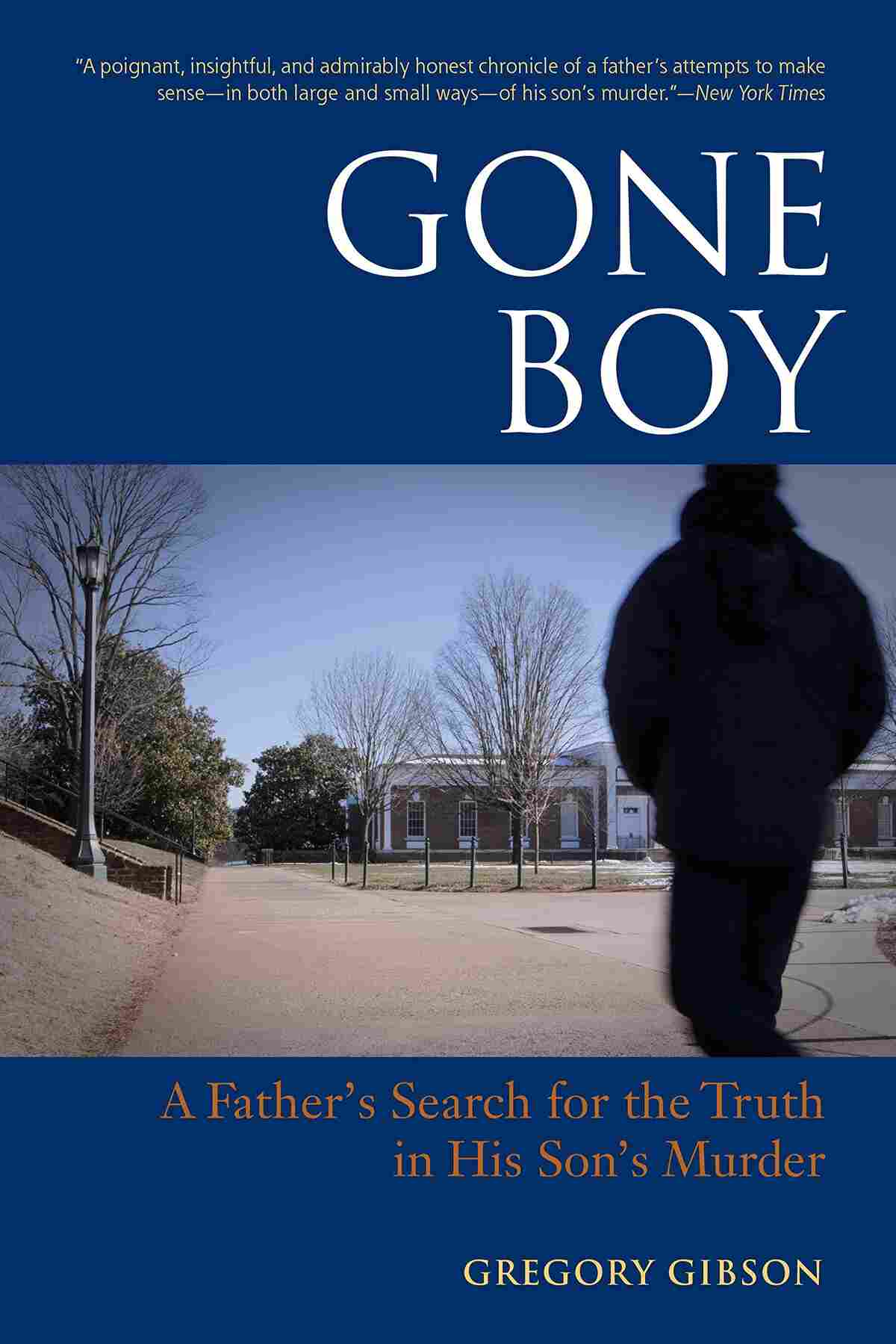 A Father's Search for the Truth in His Son's Murder

Then, Gibson started getting letters from one person he hadn't talked to — Lo. As the 25th anniversary of the shooting approached, Gibson visited Lo in prison for a StoryCorps interview.

Gibson said he wasn't looking to forgive or to find closure, just to look Lo in the eye and talk. And they did.

At one point, Lo explains how simple it was to get access to the gun he used to commit the murders.

"I was able to just take a taxi and go to the gun store. I said 'I want this SKS rifle.' And it's incredible how easy it was," he says. "The people on the phone where I ordered [the ammunition] from, they said, 'Thank you very much for your purchase. We'll get it out as soon as we could to you.' This was the first time ever purchasing a weapon, ever using a weapon, ever firing a weapon."

Lo thanks Gibson for giving him the opportunity to connect, saying that "there are other families that don't want to have anything to do with me and I totally understand that."

Gibson says he understood that, too.

Near the end of the conversation, Lo asks what Gibson's family thought about his visit. Gibson, who has two children in addition to Galen, says he thinks the visit bothers his son.

"He just doesn't want to have anything to do with it," Gibson says. "He doesn't want to talk about it, and I respect that completely. So yeah, I think they think I'm a little crazy. But they're proud that I'm working for Galen so that people don't have to keep doing this. I don't think any of them would like to be here, with me, talking to you, no. And, that's just the way, you know, that's the way it is."

Read an excerpt of Gone Boy