Accessibility links
In 'Break Up Holiday,' Dude York Prepares To See An Ex At A Christmas Party In the first song on its holiday album, Halftime For The Holidays, the Seattle pop-punk band debates buying an ex a present, drinks too much punch and can't just walk away.

In 'Break Up Holiday,' Dude York Prepares To See An Ex At A Christmas Party

In 'Break Up Holiday,' Dude York Prepares To See An Ex At A Christmas Party 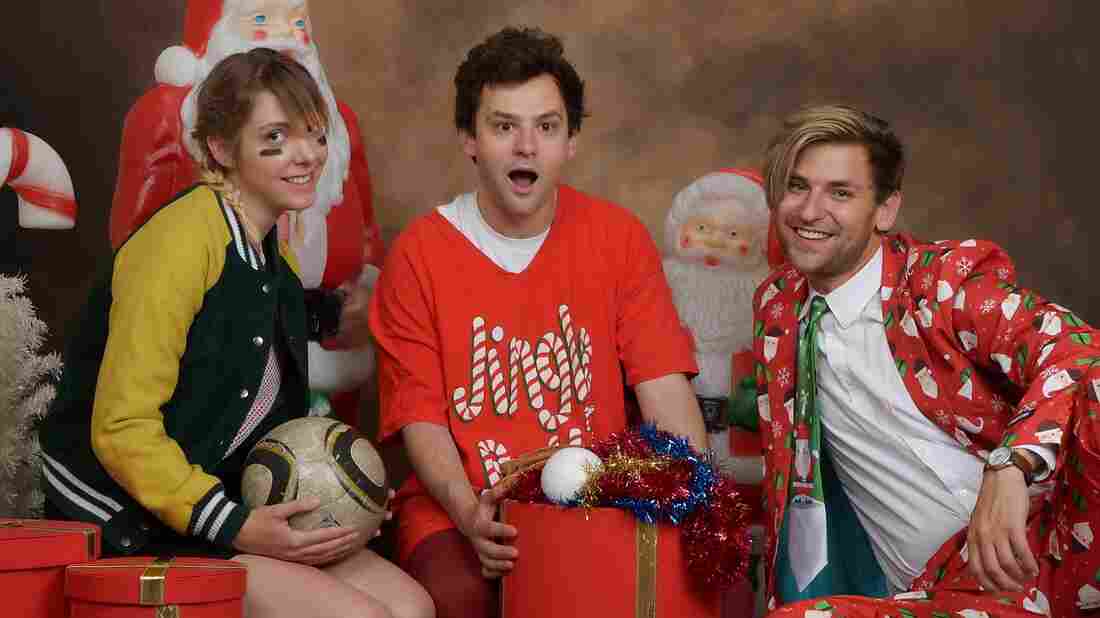 Seattle pop-punk band Dude York is made up of Claire England, Andrew Hall and Peter Richards. Courtesy of the artist hide caption 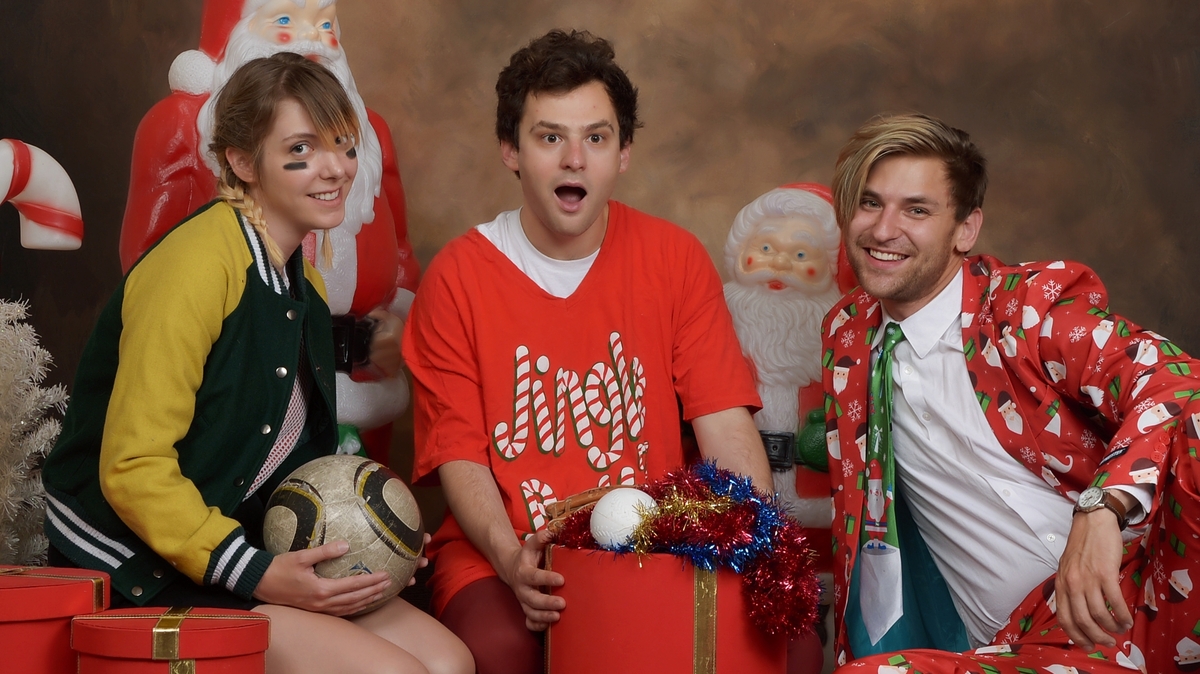 Seattle pop-punk band Dude York is made up of Claire England, Andrew Hall and Peter Richards.

Seattle trio Dude York's new holiday album, Halftime For The Holidays, begins with a goofy, rocking breakup song about a familiar scene: You go home for the holidays and see an ex, realize you still have all the same friends and overthink your every move.

Should you buy him a gift? If you leave the party early, are you letting him win? What glittery dress will make him miss you, but also assure him you've moved on?

But this song is no "Blue Christmas." Singer Claire England, with her seasonal affective disorder (something that nearly all Seattlelites claim to experience during the dark, rainy winter months) at an all-time high, admits to going "a little hard on the punch" and turning into "a glittery mess." Each verse escalates until she walks past her laughing friends, goes up to her ex and tells him how much she misses him. Just before things get too embarrassing, the chorus of "Break Up Holiday" reminds her — begs her — to just walk away.

Energetic pop-punk guitars and drums contrast the melancholy lyrics, and jingle bells make an appearance in the bridge. It's a song you can dance and yell along to, best played loudly in the car on your way to a holiday party or turned up in headphones to drown out yet another playing of "A Holly Jolly Christmas."

Chances are you've been subjected to different iterations of the same holiday songs since the day after Thanksgiving, if not earlier. "Break Up Holiday" does what original Christmas songs should do: It showcases the sense of humor and songwriting chops of a band, just wrapped in a seasonal package.

Listen to Halftime for the Holidays on Spotify or Bandcamp.