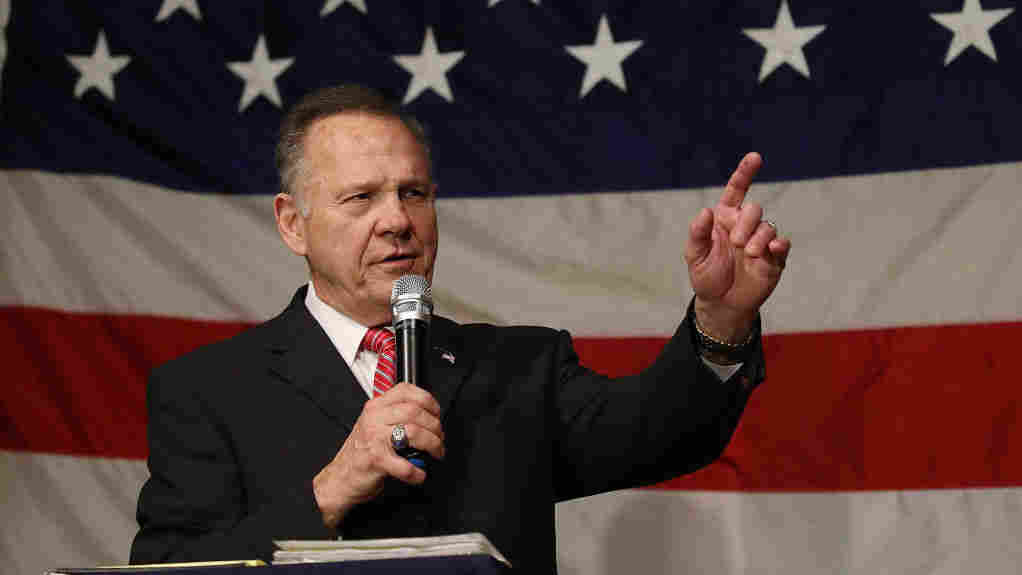 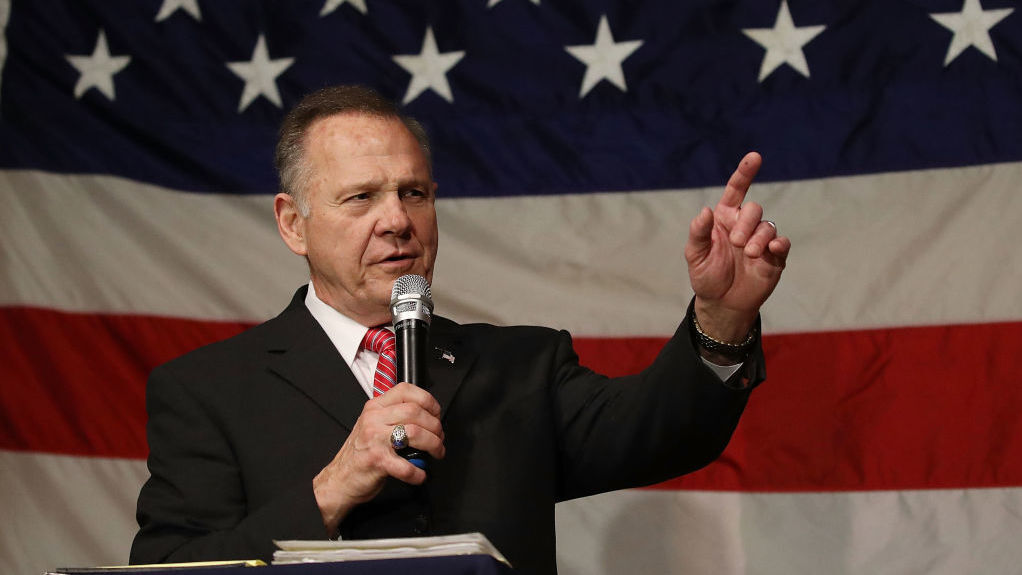 For some Alabama voters, supporting abortion rights may be a sin worse than some of the sexual misdeeds Alabama GOP Senate nominee Roy Moore has been accused of — allegations Moore has denied.

That's the conundrum facing the state's conservative, deeply religious electorate: Embrace Democrat Doug Jones despite his liberal stance on abortion and other social issues or vote for Moore anyway even if they believe there is some truth to the sexual assault allegations against him.

"The abortion issue alone is enough to buy [Moore] a win," predicted Brent Buchanan, an Alabama GOP pollster and consultant. "That's the one nonnegotiable for social conservatives. You're not as hardcore on taxes. 'I can give up on that,' some voters might think. But when you're talking about somebody else's life, that's a whole different ballgame. And I think that's the big difference."

Moore has underscored that major divide frequently at his campaign events, where he has continued to deny the accusations against him but also refused to answer questions from the media about the swirling scandal. Multiple women have accused the former Alabama Supreme Court chief justice of pursuing them romantically decades ago when they were teenagers and he was in his 30s, and one woman has said he initiated sexual contact with her when she was just 14.

Moore's allies have also doubled down on the abortion issue in the race's final stretch. America First PAC, a pro-President Trump superPAC supporting Moore in the race, released an ad this week calling Jones' position on abortion "unforgivable," showing an ultrasound and a heartbeat that then flatlines.

.@AmericaFirstPAC launching this ad targeting Doug Jones on abortion in broadcast & cable markets in Birmingham & Huntsville over the next week—> https://t.co/dIQMEJDFDo

Moore spokeswoman Jane Porter was even less subtle when she appeared on CNN Tuesday, talking to pregnant anchor Poppy Harlow and congratulating her on her "unborn child."

"[Moore will] stand for the rights of babies like yours in the womb, while his opponent will support killing them up until the moment of birth," Porter told a surprised Harlow. Porter later invoked Harlow's pregnancy again, to which the anchor responded, "Let's leave my child out of this."

Jones may have unintentionally given Moore plenty of fodder on the abortion front in a September interview on MSNBC's MTP Daily with Chuck Todd. "I'm not in favor of anything that is going to infringe on a woman's right and her freedom to choose," Jones said, when asked about a ban on abortion after 20 weeks. "Once that baby is born, I'm going to be there for that child. That's where I become a right-to-lifer," he added.

Later in an interview with AL.com Jones said he "fully support[s] a woman's freedom to choose to what happens to her own body." He clarified that "the law for decades has been that late-term procedures are generally restricted except in the case of medical necessity. That's what I support. I don't see any changes in that."

But the damage may well have been done to Jones with the remarks to MSNBC, according to Buchanan, the GOP operative, who called it a "pretty fatal mistake." And if Jones were anti-abortion rights, it might also be a very different contest, given the mounting problems for Moore.

The delicate line Jones has had to walk on abortion is nothing new, especially for Southern Democrats. And it's an issue national Democrats have already wrestled with earlier this year, with groups that support abortion rights and more progressive activists upset that party leaders were willing to support candidates who oppose abortion.

Democratic pollster Brad Chism's firm surveyed white women in Alabama and found that many were conflicted in their choice, with some wanting to vote for Jones but also still having major reservations about his support for abortion rights.

"Abortion is one of a handful of social issues where the mainline Democratic Party is significantly to the left of most white voters in the Deep South," Chism said. "These voters in Alabama are very aware of the conflict they have for voting for an alleged child molester as opposed to voting for someone who would stymie the Trump agenda."

Chism said that while abortion wasn't always the first issue many voters mentioned as giving them pause in voting for Jones, it was among the top concerns in voting for a Democrat. 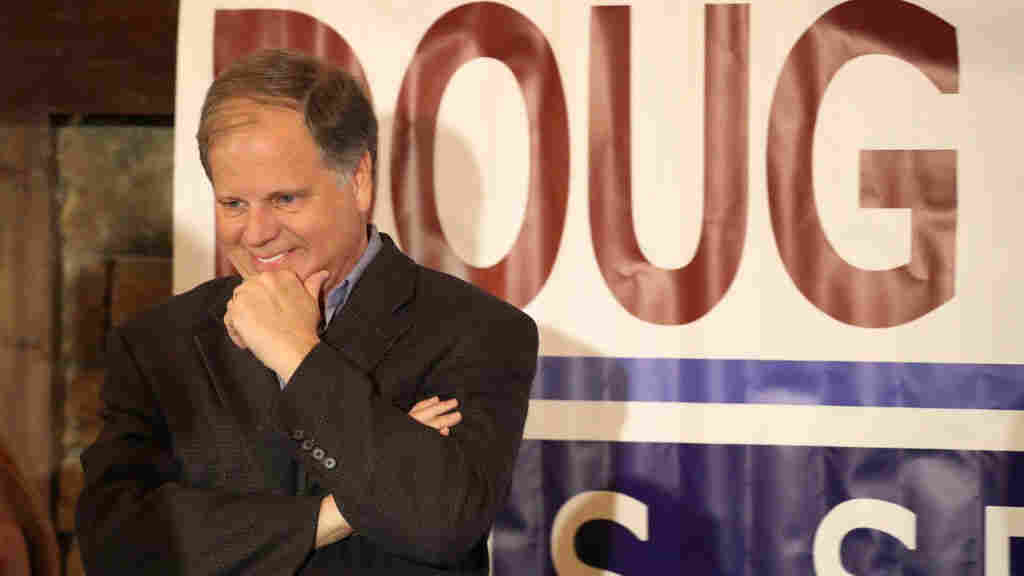 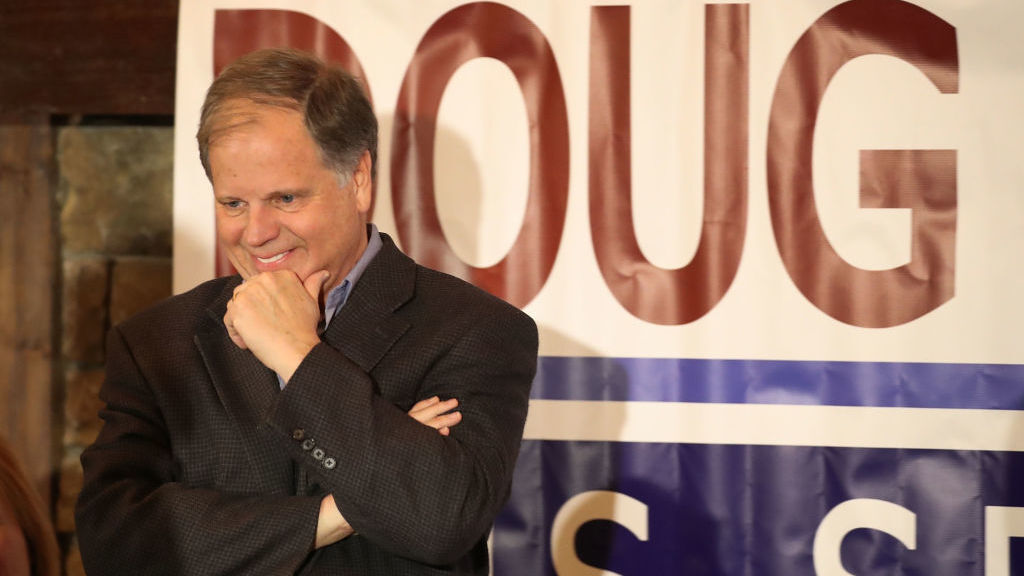 "Republicans have done a very good job of using that as a wedge issue to castigate a party that stands for much more than reproductive freedoms," Chism admitted.

But Chism argued that while Jones was "honest and forthright" in his interview about abortion on MSNBC, it was "subject to misinterpretation" and that Republicans were taking his comments out of context.

Steven Taylor, a political science professor at Alabama's Troy University, agreed that social issues may be a sticking point that many conservative voters aren't able to overcome in voting for Jones. In addition to abortion, Moore has hammered home his opposition to same-sex marriage and transgender rights.

"I think that, without a doubt, the social issues will motivate voters even if they are skeptical of the allegations against Moore," Taylor said. "Quite clearly, abortion is probably the most salient issue in the race, and more generally, social issues."

The fact that Moore is seen as a champion on social issues is nothing new. It's what propelled him to national political stardom — and into plenty of controversy. In 2003 he was first removed from the state bench when he had a statue of the Ten Commandments erected in the Alabama Judicial Building and refused to remove it even when ordered to do so by a federal court. He was elected again in 2012 but then subsequently suspended when he ordered state judges to defy the U.S. Supreme Court decision that legalized same-sex marriage nationwide under the federal Constitution. 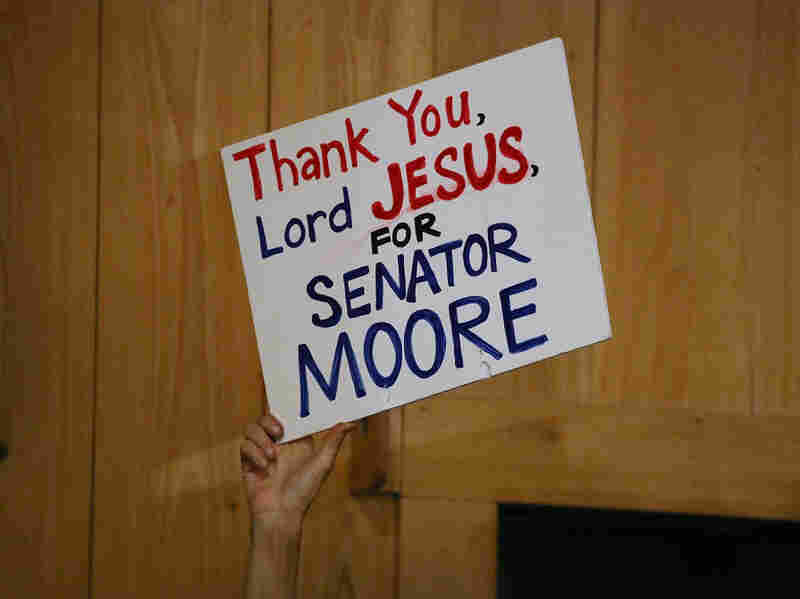 A sign is held up as people attend a campaign rally for Alabama Republican Senate nominee Roy Moore at Fairhope, Ala., earlier this week. Joe Raedle/Getty Images hide caption 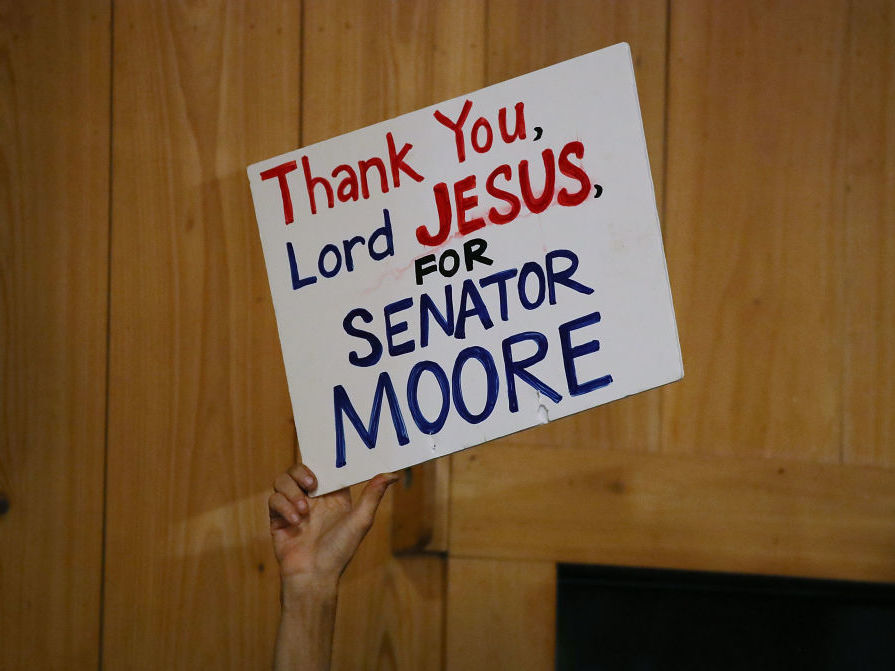 A sign is held up as people attend a campaign rally for Alabama Republican Senate nominee Roy Moore at Fairhope, Ala., earlier this week.

To Moore and his supporters, that defiance is a badge of honor. And it's a big reason many voters are likely reluctant to believe the sexual misconduct and sexual assault allegations against him too, given the Christian nationalist positions he has wholeheartedly embraced in the past. And at the crux of that is a stringent opposition to abortion.

A 2014 Pew Research Center survey found that 58 percent of Alabamians believed abortion should be illegal in all or most cases, with just 37 percent supporting its legality. Another Pew study earlier this year found a wide chasm between the parties on the issue of abortion, with it being one of the most polarizing issues separating Republicans and Democrats.

The dilemma for voters is not dissimilar from the one some Republicans faced in last year's presidential election. Even if they disliked Trump or thought that the sexual assault allegations that had been levied against him were true, for many the abortion issue and the possibility of appointing anti-abortion judges to the Supreme Court was a major deciding factor.

And now, with the Senate nearly evenly split and the possibility of another Supreme Court appointment while Trump is in office, that may not be a chance Alabama voters who prioritize the abortion issue are willing to take, either.