Accessibility links
SpongeBob's Bikini Bottom On Broadway — And In Danger The SpongeBob SquarePants musical is directed by Tina Landau. Even in the face of a dangerous volcano, she says SpongeBob "really reminds us to experience each moment with joy." 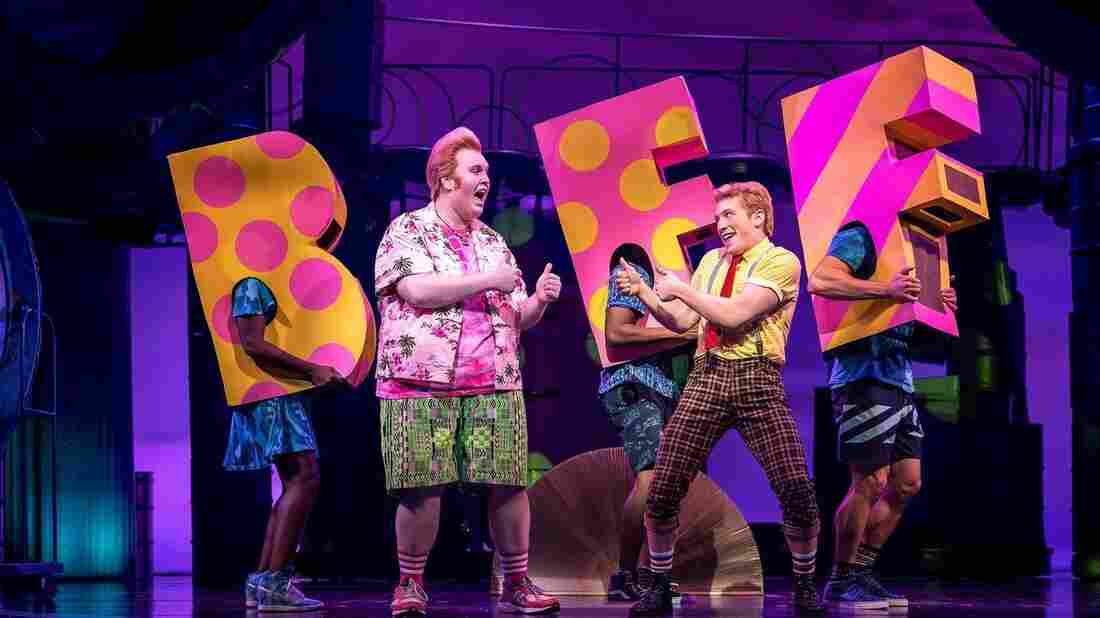 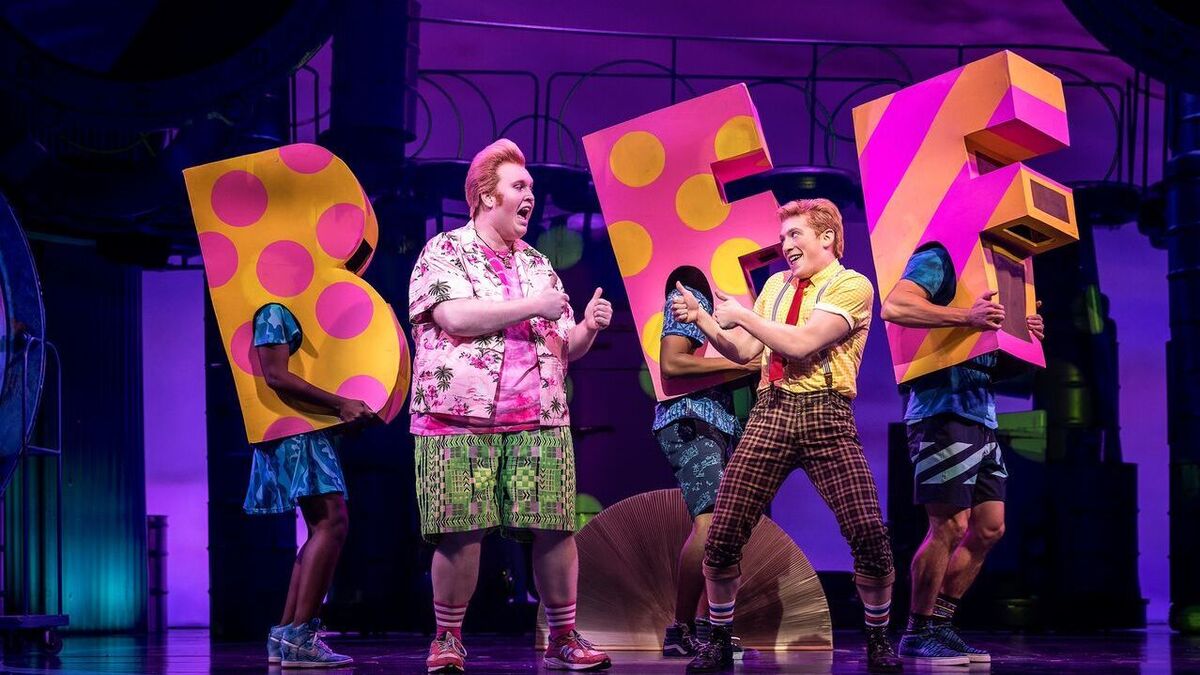 Here's an idea for a musical: The end is near, and there's just one day for the inhabitants of Bikini Bottom to figure out how to save themselves from a powerful volcano that's about to explode. Who can we count on to come through?

Well, who lives in a pineapple under the sea? Absorbent and yellow and porous is he!

Ethan Slater stars as the sea sponge that not only has personality, but has become a multi-million-dollar enterprise — and is now on stage. SpongeBob SquarePants, the Broadway musical, is based on the characters created by Stephen Hillenburg, with a book by Kyle Jarrow, and music by a stellar group that includes Cyndi Lauper, The Flaming Lips, David Bowie, Brian Eno, Steven Tyler, Joe Perry, John Legend, Jonathan Coulton, They Might Be Giants and many more. The show is co-created and directed by Tina Landau.

"I wasn't interested in doing this show with one of those big, foamy mascot costumes," Landau says. "We want to relate to these characters. It's an opportunity to get to know them in a more directly-accessible way, so they need to be people that we can see and feel for."

On the serious overtones of the musical

A Guide To Free Comic Book Day 2017: The Don't-Misses And The Near-Misses

You know, we tried to find a story that had high stakes that would give us a kind of ticking clock over the course of the show. So what better way to do that than to say, "The end of the world is possibly coming tomorrow?" So, you know, our book writer, Kyle [Jarrow], likes to describe it as Armageddon meets Our Town meets SpongeBob. But it's interesting because we've been working on the show for quite a while, but in the last year or two, and particularly in the last year, it has become increasingly felt to us that this story is not a very distant metaphor for what it feels like being in the world at this moment — that, you know, it's a society where people feel like things are falling apart, and there is fear. And what does a community do when they are afraid that their lifestyle and their homes and all of that are threatened? They do various things: They turn against each other, they exploit each other, they blame the outsider. There's all sorts of things that go on in this show that have always been there but somehow seem eerily resonant at the moment. 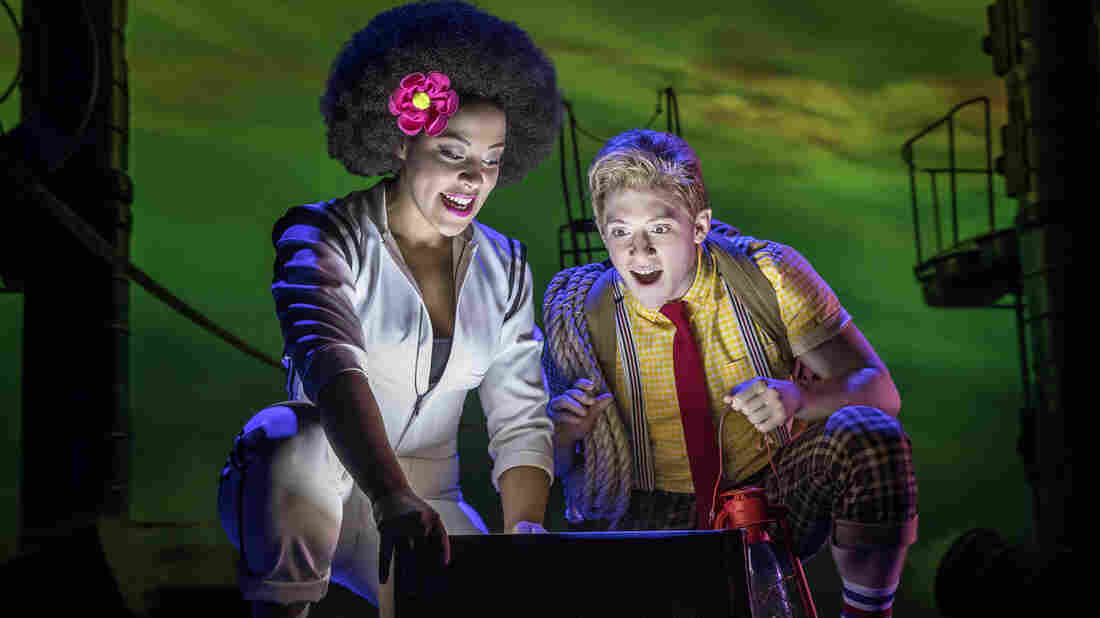 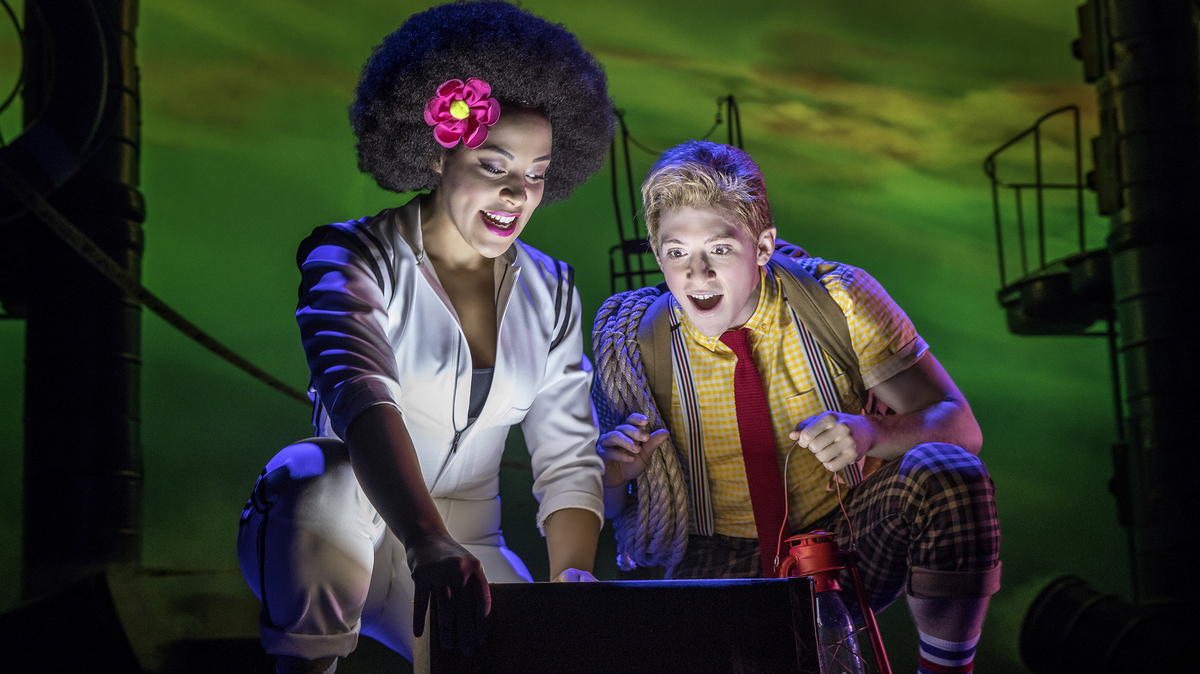 On Sandy, the squirrel scientist trying to save Bikini Bottom from the volcano, and the hate-speech graffiti directed at her

It says actually, "Land mammals go home," you know, a phrase that has been applied — "fill-in-the-blank, go home" — to many different groups and ethnicities. And yes, in this marine habitat, Sandy is a land mammal, and when the town needs to find a scapegoat, in this case they find a scape-squirrel. And they blame Sandy and her explanations and her solutions, which are scientific. So they don't buy the science, and they want her out, you know, some of them do. This is a mob of angry mammal haters.

On SpongeBob's kindness and his understanding of the preciousness of life

Even from the beginning, he and his best friend Patrick are confined to Patrick's rock because there's an emergency and SpongeBob says to him, "But we're here together, and we don't need anything but our imagination to make something of this moment." And he's the eternal optimist. He has a child-like wonder that is sometimes naive, but he really reminds us to experience each moment with joy, and I would say that's the thing that I received most working on the show, was his joy. It was infectious, even working on it, and I hope that's what our audiences take away at the end of the night, too.

This story was edited for radio by Sarah Handel and Barrie Hardymon, and adapted for the Web by Sydnee Monday and Patrick Jarenwattananon.