Accessibility links
In A New Novel, The 'Lost Prayers' Of A Gay Teen Bullied To Death James Han Mattson's debut book, inspired by the real-life suicide of an outed young man, treats the Internet as both lifeline and paper trail of a tormented, small-town adolescence. 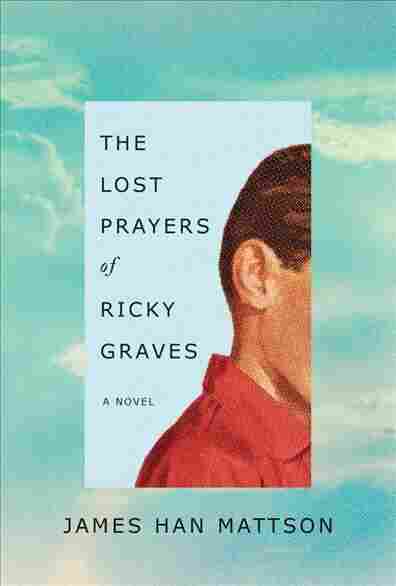 The Lost Prayers of Ricky Graves

Social media platforms can connect people across the globe — and terrorize people next door.

In a new novel, Ricky Graves is a young man coming to terms with his sexual orientation in a small New Hampshire town. He's tormented by a jerk named Wesley, until Ricky kills him — and then himself.

The news media descend. And after they've gone on to the next sad crime, Ricky's pregnant sister, Alyssa, returns to the town she fled so that she and her shattered mother can get a hold on the terrible event that has taken two lives, and understand the son and brother they loved.

The Lost Prayers Of Ricky Graves is an Amazon Best Book of the Month for December, a novel partly told by emails and chat-room dialogues. It's James Han Mattson's first novel — he's a graduate of the Iowa Writers' Workshop who now teaches writing at The George Washington University.

Mattson was inspired in part by the case of Tyler Clementi, who committed suicide after his college roommate publicly outed his intimate encounters with another man.

"I remember reading that, and just being completely repulsed by it, and having this kind of visceral reaction to it," Mattson says. "And when I have a reaction like that, I know I have to write about it."

On how Ricky, a teenager in small-town New Hampshire, can sincerely befriend Jeremy, a grown man in San Francisco, through an online gay chat room

That's a good question. I've actually developed relationships online that have been as important, if not more important sometimes than my relationships in person. So I don't think it's impossible. I think it's just a different medium. I do think in times of catastrophe, especially like what's portrayed in the book, that in-person connection is so much more important than the online connection. And unfortunately in the book, Jeremy isn't there for him during those catastrophic times.

On his reservations to Dan Savage's 'It Gets Better' campaign, and what he would do to adjust it

I don't know if it's fully empathetic to the teenage experience. I think if you're actually a teenager going through bullying, and you're hearing this adult person telling you to kind-of just, "Wait, it gets better": First of all, I'm thinking, "You're an adult, you're an old person," and so, like, I've automatically separated you into this other completely different world that I never think I'm going to populate. And then, I also think that if you're being a bullied teenager, one of the worst things to say is "just wait," because every single day is so difficult and so torturous. And in the book, Jeremy kind of tells Ricky that he should wait, and Ricky just can't. Ricky needs to — I mean, he only has a few months left of school, but every day is very torturous for him. So he can't wait.

I've thought about this a lot, and I think one of the things is: Adults really have to realize that when you're an adolescent, the most influential group is your peers. I think in adolescence there's a balkanization, whereas you have "in" groups and "out" groups. And so in order for the bullying to curb, there needs to be some overlap — the "in" group needs to, kind of, infiltrate the "out" group in a very helpful manner, OK? And that's where adults can come in — realizing who's the "in" group and who's the "out" group, and just making sure that they are interacting in a very positive manner over a period of time. And I think if we start with that foundation, we could see some results.

Ian Stewart and Ed McNulty produced and edited the audio of this interview for broadcast, and Patrick Jarenwattananon adapted it for the Web.