Accessibility links
DNC Group Calls For Drastic Cut In 'Superdelegates' As Part Of Nomination Process The Unity Reform Commission is calling for a 60 percent reduction in superdelegates and wants the party to offer same-day party affiliation switching. It calls its recommendations "historic." 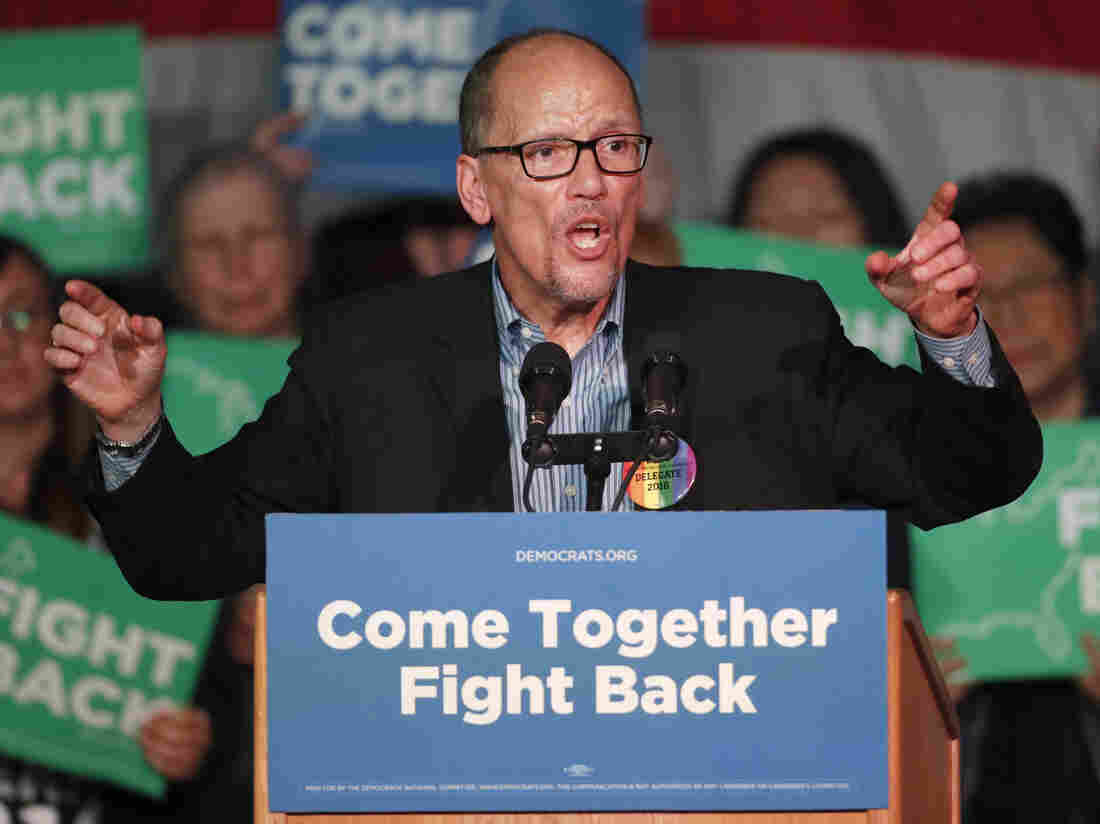 DNC Chairman Tom Perez has called for the party to reform the way it uses superdelegates in its presidential nominating process. George Frey/Getty Images hide caption 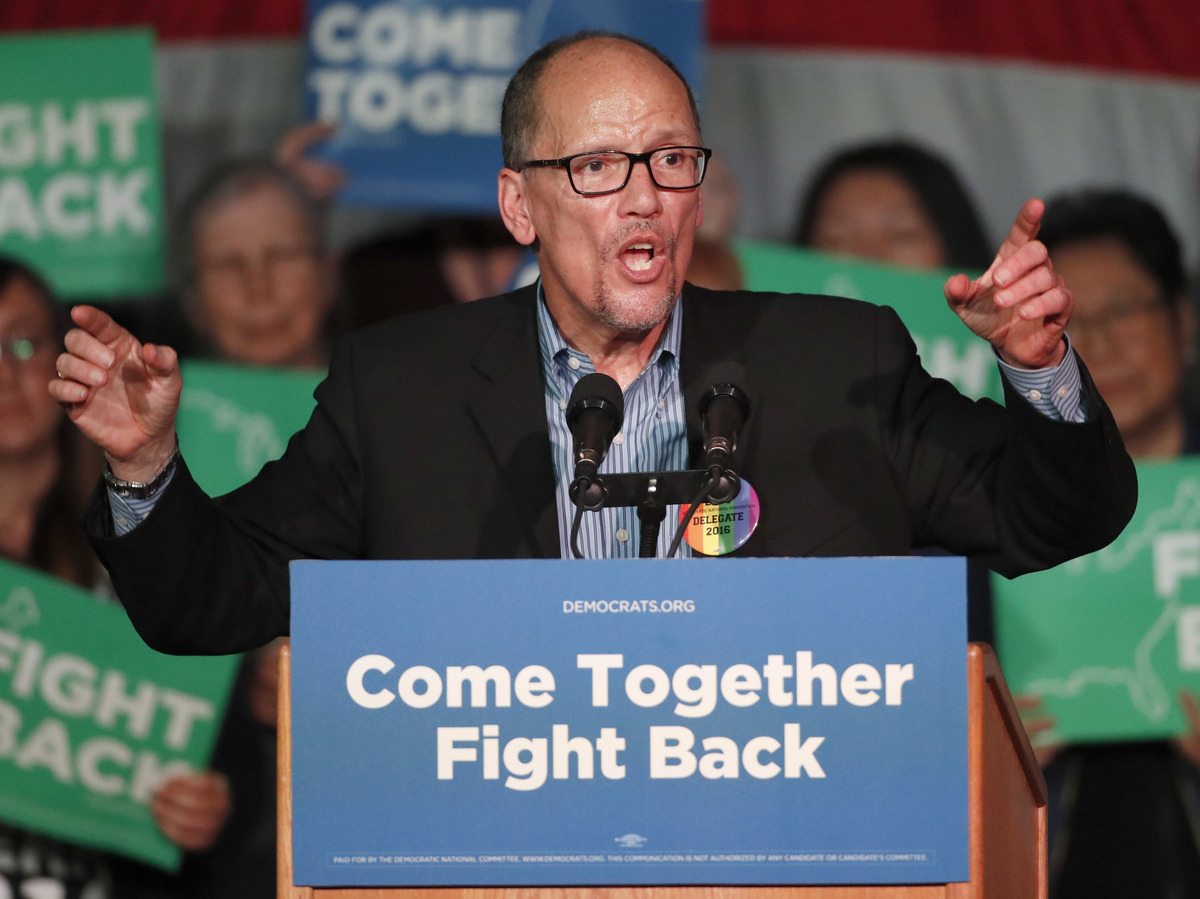 DNC Chairman Tom Perez has called for the party to reform the way it uses superdelegates in its presidential nominating process.

The group created to reform how the Democratic National Committee selects its presidential nominee announced plans Saturday to slash the number of superdelegates by more than half — an effort it calls a "productive first step" for making the nomination process more open to the grass-roots wing of the party.

The DNC's Unity Reform Commission called its recommendations "historic." In a statement, commission chair Jennifer O'Malley Dillon and vice chair Larry Cohen said, "We are incredibly proud of the work this commission has undertaken since May to ensure that our party's presidential nominating process is far more inclusive and brings new people into the party."

They added: "This includes reducing the number of unpledged delegates or 'superdelegates' by nearly 60%, and making our caucuses and primaries more accessible, transparent and accurate."

Hillary Clinton Is 'Done,' But Not Going Away

Superdelegates are defined as "unpledged delegates" because they are elected officials and other party leaders who are free to throw their support to any candidate at the party's presidential nominating convention. Pledged delegates, on the other hand, can only cast their votes in the nomination process based on the outcomes of state primaries and caucuses.

The commission is also recommending that all 50 state parties make absentee voting more accessible, offer same-day party affiliation switching and ensure that same-day voter registration is available. It also is calling for written ballots at caucuses so that recounts and recanvasses can be done accurately.

The recommendations are not binding. They still have to be voted on by the DNC's bylaws committee and, if it passes, by the entire Democratic National Committee. The Unity Reform Commission was established after the bruising 2016 presidential primary between Sen. Bernie Sanders, I-Vt., and eventual Democratic nominee Hillary Clinton.

The senator, who caucuses with Senate Democrats, said he was "extremely pleased" that the commission had begun the process of making the Democratic Party more accessible to working people and young people across the country by "voting nearly unanimously to limit the role of superdelegates along with making our caucuses and primaries more democratic."

He continued: "Now it is incumbent on the Democratic Party's Rules and Bylaws committee and the membership of the DNC to enact these critical reforms as soon as possible."

The commission is made of 21 party operatives selected by Clinton, Sanders and DNC Chairman Tom Perez to unite the party while "empowering Democrats" at all levels and finding ways to engage with new and unaffiliated voters according to the Unity Reform Commission's website.

In her book, titled Hacks: The Inside Story of the Break-ins and Breakdowns that Put Donald Trump in the White House, she all but said the Clinton campaign tilted the primary process by entering into a deal with the DNC that allowed her to have input on hiring and party spending in exchange for providing the DNC with much need help with fundraising.

In an interview with NPR, Brazile was asked by host Lulu Garcia-Navarro whether the nomination process was rigged.

"No, the primary was not rigged. What I said in the book was that in exchange for bailing out the party, which was broke, the Clinton campaign would get control over certain decisions and aspects of the DNC that made it difficult, if not impossible for me to do my job. I call it unethical, but the primary itself was not rigged."