Accessibility links
This Year's Christmas Tree Shortage Has Roots In The Recession This season, a tightened tree supply dates back eight to 10 years ago, when fewer trees were planted. Due also in part to an exodus of tree farmers in the industry, prices have more than doubled. 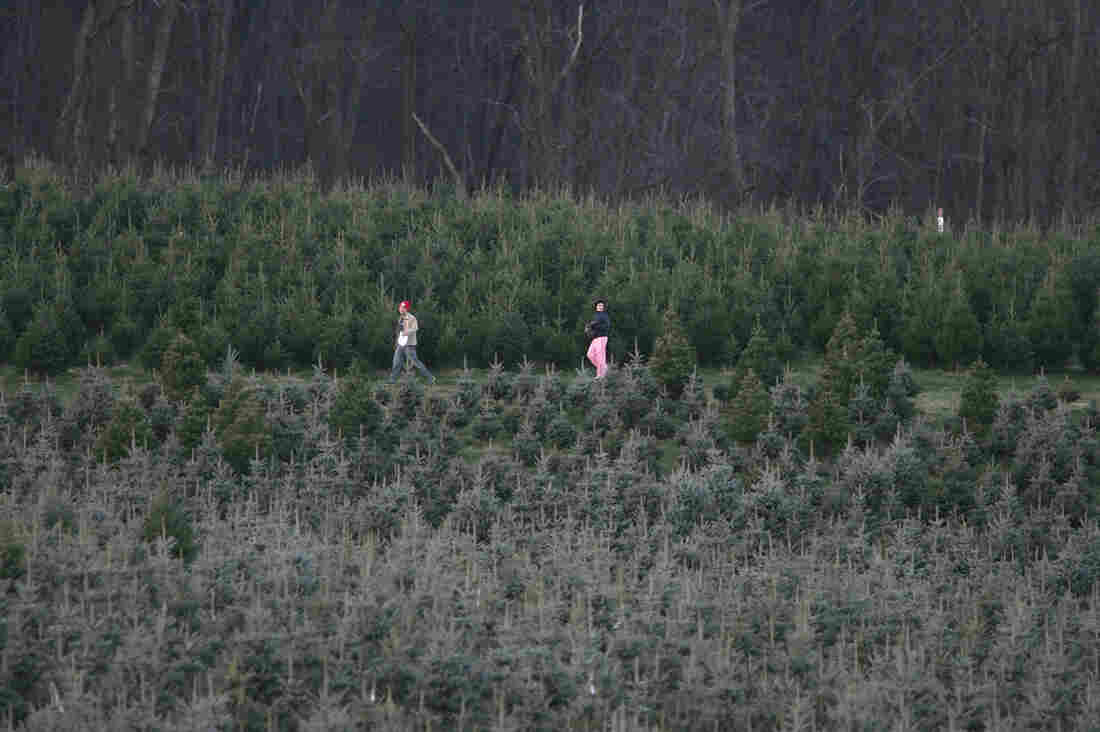 Shoppers walk through a forest of Christmas trees on the Snicker's Gap Christmas Tree Farm in Bluemont, Va., in 2004. This season, a tightened tree supply dates back a decade ago, when fewer trees were planted during the recession. Joe Raedle/Getty Images hide caption 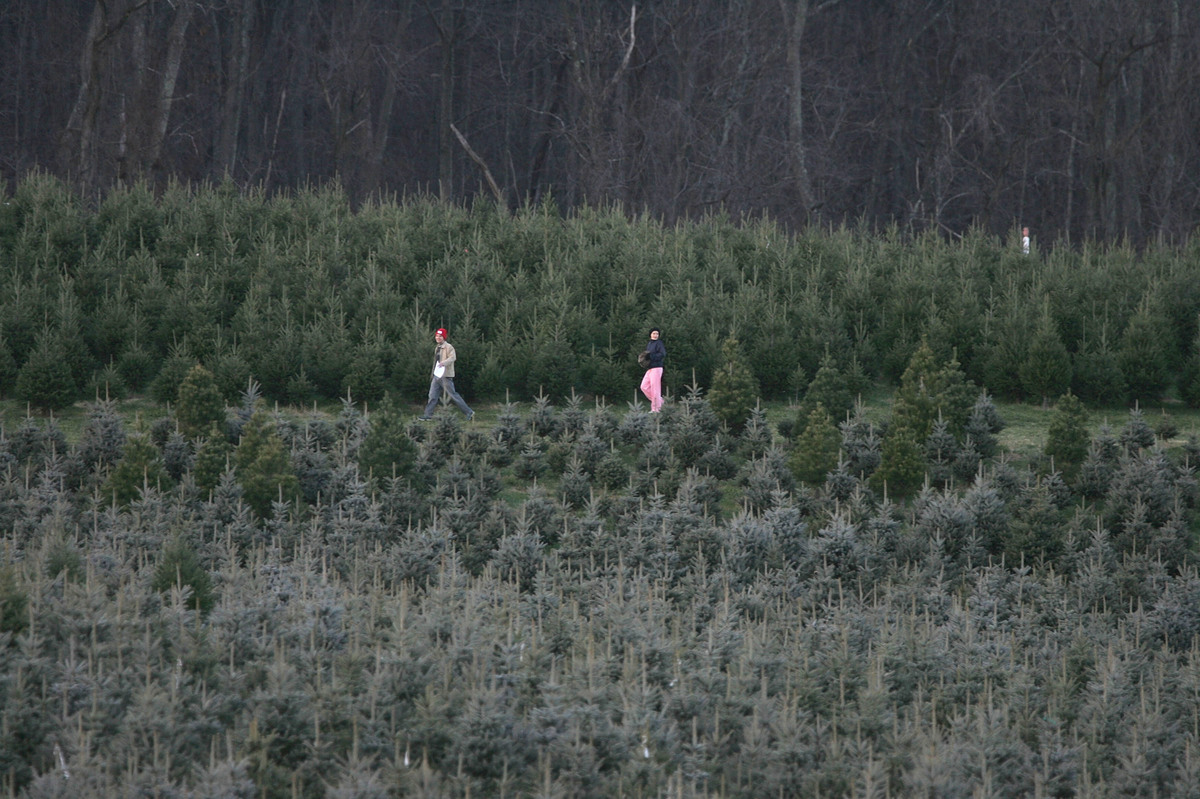 Shoppers walk through a forest of Christmas trees on the Snicker's Gap Christmas Tree Farm in Bluemont, Va., in 2004. This season, a tightened tree supply dates back a decade ago, when fewer trees were planted during the recession.

If you usually ring in the holiday with a freshly cut evergreen, your reality this Christmas could very well be a scrawny Charlie Brown tree instead — or you may wind up paying more for a lush Fraser fir.

This year, there is a tree shortage. Most growers blame the tightened supply on the Great Recession, says Valerie Bauerlein, who covered the story for The Wall Street Journal.

A decade ago, "we were in a global economic malaise," Bauerlein tells NPR's Michel Martin. "And Christmas tree growers couldn't sell the trees that they had cut, and for the price that they had in them, so then they planted less."

Christmas trees, as magical as they might seem, are still an agricultural crop. "Trees grow about a foot a year," Bauerlein says. "So eight, 10 years later, there's a shortage. There's more demand [now] because the economy's prospering. And there are fewer trees to meet that demand." The total acreage in production has dropped at least 30 percent since the early 2000s, she says.

Even if you've seen plenty of trees in lots or in cut-your-own tree farms around your area this season, you'll likely be paying more the farther you live from the biggest tree-producing states. Oregon and North Carolina now face reduced selection and higher prices, Bauerlein says.

There is also been a movement of growers exiting the business. In recent years, "you also saw a lot of dropout of growers themselves, especially smaller growers, in western North Carolina — one of the main producers" of trees, Bauerlein says. "You're also seeing fewer growers and [less] acreage in Oregon, which is the biggest producer; they account for about 30 percent of the market." A lot of growers in Oregon are turning to grapes for wine and, a smaller number, to cannabis amid the booming marijuana industry, she says.

The cost of a Christmas tree has more than doubled since 2008, according to data from the National Christmas Tree Association; last year, the average retail value for a fresh-cut tree was $74.70.

Appreciating The Ugliness Of The Christmas Tree

This year, Bauerlein says, "it's the high-end trees that are really coveted: The Fraser firs out of Oregon that are tougher to find, especially at the height of 8 feet or above."

If this crop complication is dimming your holiday spirits, you can still break out some pine-scented candles, opt for an artificial tree — or jump on an Instagram-friendly trend to get the pine without the needles: Particularly in apartments and smaller spaces, some people have taken to decorating pineapples.

Lawrence Wu and Natalie Winston produced and edited the audio of this story.