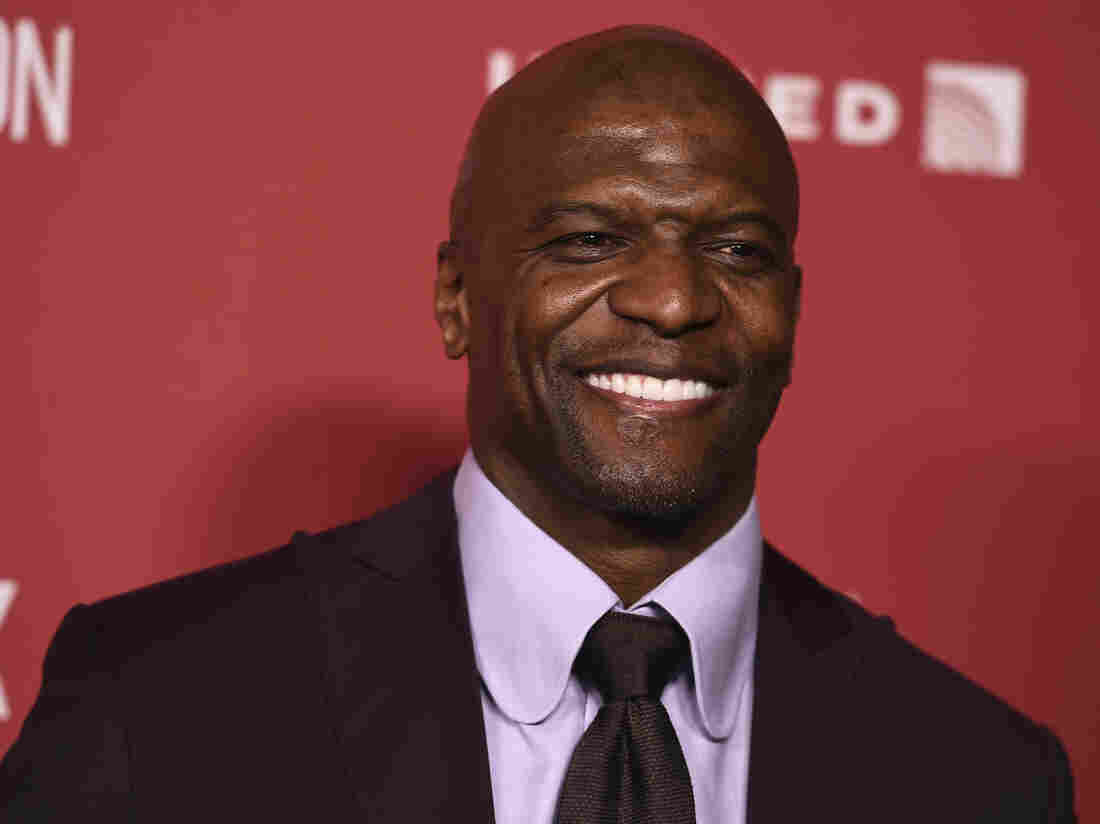 Actor Terry Crews was recognized last week as part of "The Silence Breakers," the group of men and women collectively named Time magazine's Person of the Year. Crews says he was sexually assaulted in 2016 by a Hollywood talent agent. Jordan Strauss/AP hide caption 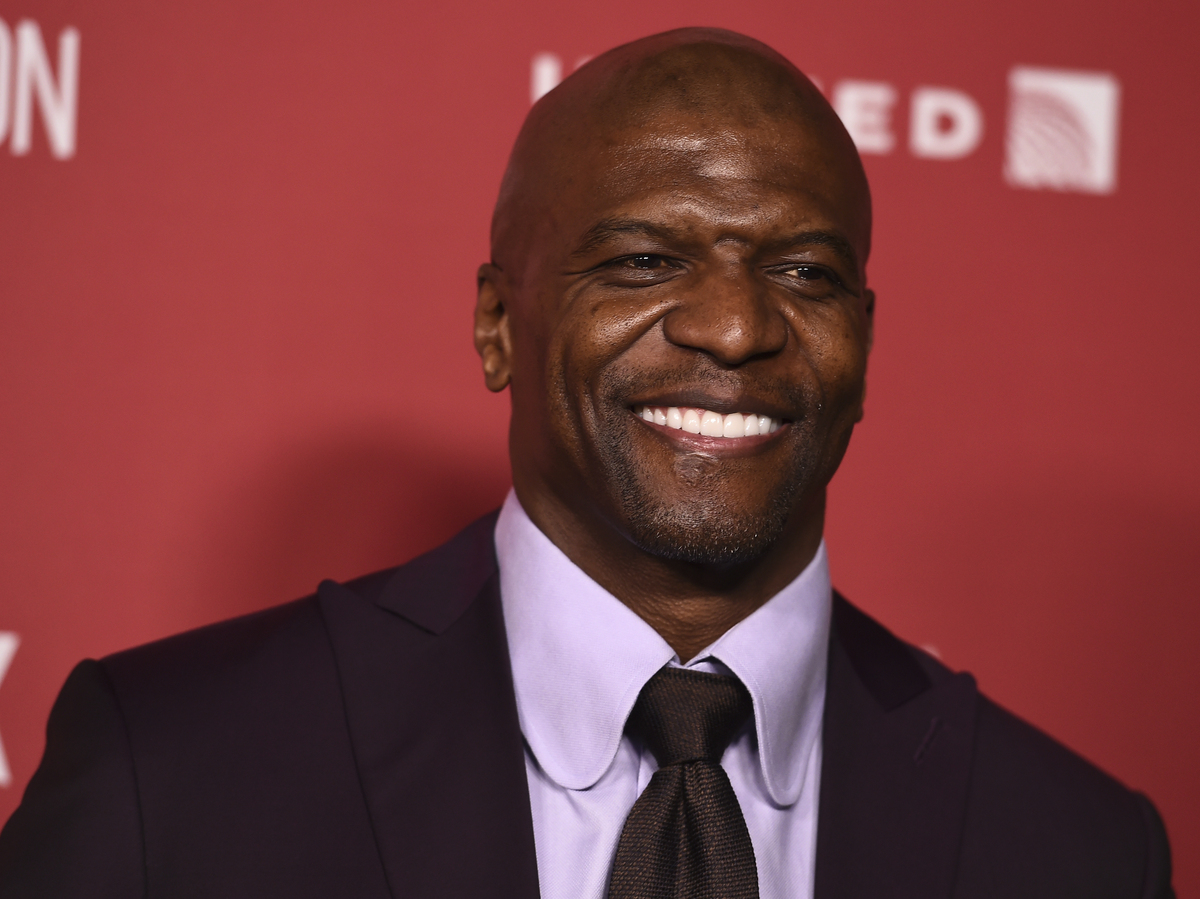 Actor Terry Crews was recognized last week as part of "The Silence Breakers," the group of men and women collectively named Time magazine's Person of the Year. Crews says he was sexually assaulted in 2016 by a Hollywood talent agent.

Actor and former NFL player Terry Crews filed a lawsuit last week stemming from an encounter at a party in 2016 when he says a high-powered Hollywood agent groped him.

This whole thing with Harvey Weinstein is giving me PTSD. Why? Because this kind of thing happened to ME. (1/Cont.)

Crews tweeted about the assault in October, prompted by the women who came forward accusing Harvey Weinstein of sexual assault and harassment and the backlash they faced.

"Once the Weinstein story broke, and these women were coming out and saying what he did, and I just kept hearing ... 'Oh boy, these women, here they come, they just want attention and a payday,' " he said. "And I got angry. I got really angry, because I said, 'They're being dismissed, like this stuff is happening, it happens, it happened to me.' "

The Brooklyn Nine-Nine actor says Adam Venit, a talent agent at William Morris Endeavor Entertainment, made sexual gestures with his tongue at him and later grabbed his genitals. Crews spoke with officials at the agency soon after but was ignored, he said. The lawsuit says "it is now time to hold Venit accountable for his sexual predatory behavior and to hold WME accountable for its conduct in condoning, ratifying, and encouraging" that behavior.

NPR reached out to William Morris Endeavor for comment about the case. A spokesperson said that the company launched an investigation into the incident as soon as they learned about it, which they say was in October of this year. They said, "The investigation has resulted in Adam Venit being suspended without pay and demoted from his position as head of the motion picture department."

Crews was one of the first male actors in Hollywood to speak out during the Me Too movement. He was recognized last week as part of "The Silence Breakers," the group of men and women collectively named Time magazine's Person of the Year.

NPR's Michel Martin spoke with Crews about the incident, how he became an activist and why he is fighting to hold people in Hollywood accountable.

On why he spoke out after the Weinstein allegations surfaced

I remember just feeling like 'No, somebody's got to support them. Somebody's got to back these people up, because they're about to get shamed. They're about to get thrown to the wolves.' And I said, 'I've got to back these women up because they are going through the toughest time in their life, and it happened to me.' That was the big thing, I had to describe what it feels like — why should you come forward? Because you could lose everything. You are going to be ostracized. And everyone was like 'They're just lying, and they want this,' and I'm like 'What's the reason to lie?' You know? There's no reason.

On the backlash he's received after speaking out

“240 lbs. Black Man stomps out Hollywood Honcho” would be the headline the next day. (5/cont.)

It's been very, very strange, because there have been a lot of white racists who have been coming out and saying, 'You're a coward, you're nothing, you're weak' and whatever and then a lot of black extremists that are like 'You are the weakest black man of all time.' One thing that both of those guys agree on is that I should have punched him and hurt him and destroyed him, you know. That's the code of masculinity right there, you know.

On why he didn't retaliate physically after the assault

I mean first of all, you're talking about a country where a little kid is walking with a pack of Skittles and gets harassed by a man and the kid ends up dead, and the harasser is still walking around free. I know what kind of country this is. And I know I would instantly been seen as 'Oh there it is, that nice Terry Crews was a joke and he's really a thug. He's really, this is the real Terry Crews, we always knew that all these big black guys just want to kill us, and they're waiting for excuses.' I've been approached like that many many times, and it changed the narrative for me. Because I couldn't even feel like I could defend myself, honestly. And I grab my wife's hand, and we ran out of there. We were out.

On what he hopes the lawsuit will accomplish

This is about accountability. This is about discipline. I don't want revenge, that's not what I'm looking for. What I'm looking for is discipline. Because they tried to throw the shame on me, and I have to keep reminding myself — I will not be shamed. I did nothing wrong. You almost have to repeat it. Because somehow our society is wired for the victim to take the whole brunt of shame. Because if no one gets a pass, if everyone holds everyone accountable every time, the whole system will be disciplined into knowing how to behave because this is all about not accepting this foul behavior.

Isabel Dobrin produced this story for the web.