Accessibility links
'Godless' Creator Was Determined To Put His Own Spin On The Classic Western Scott Frank packed his Netflix miniseries with train robberies and shootouts, but Godless isn't exactly a typical Western. For one thing, the town at the center of the story is run by women. 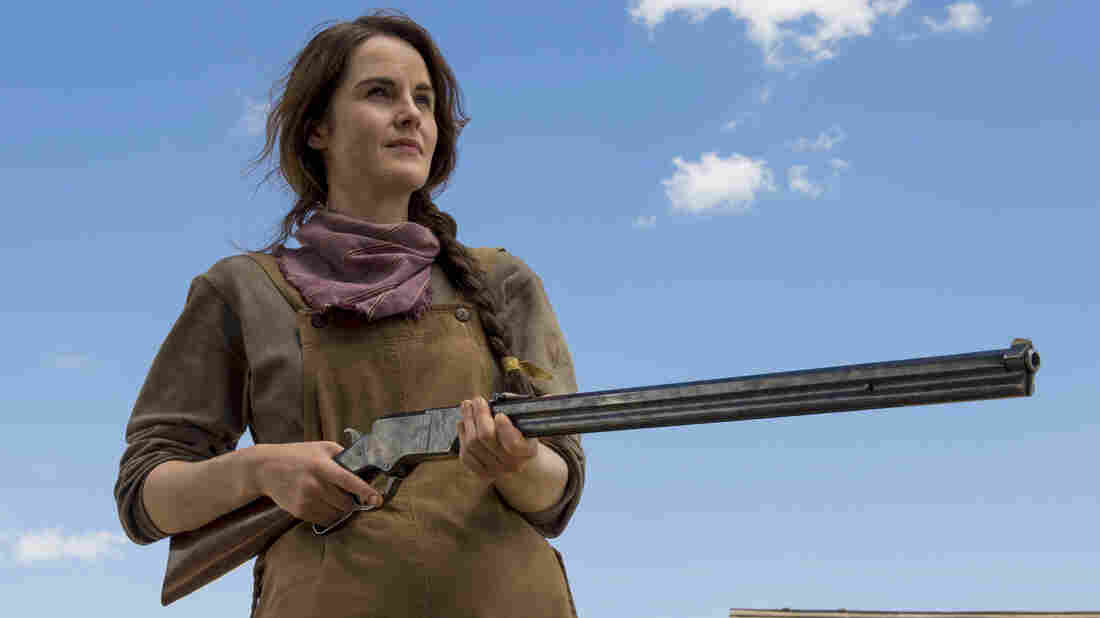 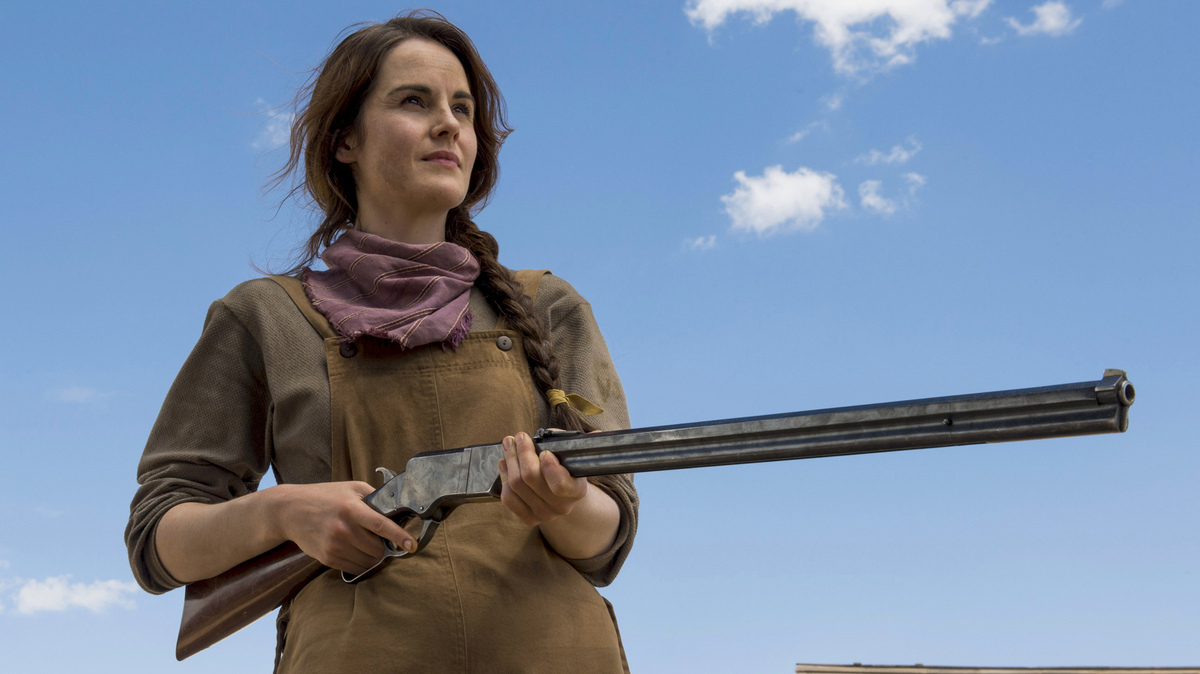 Screenwriter Scott Frank has written movies in a all kinds of genres, including crime noir (Get Shorty), thriller (Malice) and action/adventure (The Wolverine). But despite his extensive list of credits, he always felt there was one genre missing.

"I wanted to write a Western at some point in my career," he says. "I kept putting it off and putting it off, because they were very difficult economically to make in Hollywood."

Now, he finally has a Western on his résumé. Godless, which Frank wrote and directed, is a seven-part Netflix miniseries set in 1880s New Mexico. It takes place in a small town that is run by women because most of the men have died in a mining accident.

Frank says he went into the project determined to have fun and to embrace "every single cliché" he could think of. "From the breaking of horses to train robberies to the two guys facing each other in the street — all of that stuff. Why not find a way to put them all in here and see if I can't do it some sort of different way?"

On the real historical accounts that inspired Godless and its characters

Mimi [Munson] has been my researcher for the last 17 years. And I told Mimi, "I'm thinking about writing a Western. I don't know what it's about." ... She said she had been doing a little research about mining towns in the Southwest. ... She said that all throughout the Southwest, there were several towns ... where all the men would die in a single day in an accident and the women would be left behind, stranded. They would either leave or they would try and make a go of it. All of a sudden, I had part of my movie. ... (It was not going to be a series back then; it was just going to be a film.) ...

She [also] went to the university research library at UCLA and collected all these letters. They wouldn't let her Xerox them, so she actually had to hand copy all of these letters — about 100 of them. A lot of them were oral histories, in effect, written by these women. And it was spectacular for me because I not only got ideas for characters — like the prostitute who's the richest woman in town, for example — but I also got to hear how people spoke, which was hugely important to me, because I didn't want to write a lot of, "I reckon I'll rustle up a bunch of grub"-type stuff.

On deciding to open the miniseries with a very violent massacre

Even during shooting that sequence, I would joke between setups, or after certain takes, I would say, "And the sound you now hear is the sound of a million television sets all turning off." Because I knew that we were playing with fire, and I knew it was humming a very specific key that isn't necessarily the entire show.

But from a storytelling standpoint, I felt it was the exact right way to open because you want to know that's hanging over all of the proceedings. ... The trick was to not sort of marinate in it for too long and to have it play more like an introductory grace note.

On learning to write Western dialogue

The fun thing about dialogue is when you can make it so singular, when you realize, "Oh, that's really a person. That person is talking in a way that other people aren't talking, and yet it doesn't feel self-conscious." ...

Western dialogue is really tricky. I was very worried about catching the ear and figuring out how to write it. So I read tons of Western novels where they had great dialogue to see how they did it. ... I was really looking for telling phrases — phrases that described things that I hadn't heard before — that I could use. ... How people talked about horses, "tireless," "sure-footed" and "mean," you know? I had never heard anyone describe a horse that way. ...

Studying other authors to see how they were specific and deciding how we were going to be specific in this story, and sort of learning, catching it and then making it your own.

On filming in New Mexico

We shot all over the place. We shot on reservations; we shot in national parks; we shot in a ski resort at one point. We were shooting all over the state, everywhere. ... Wherever you look, it's beautiful, and the sky is like ... their ocean. ... No matter when you look up, it's always changing, which is both good and bad for when you're shooting. But it's always beautiful. ...

The trick is shooting in places that no one has shot before, that not everyone has shot in. We would go scouting and we'd hear, "Yeah, Magnificent Seven shot here," and, "True Grit shot here." And you'd look at the buildings, or the background and you'd go, "Oh, I remember that. I've seen that." ... What you're really looking for as a filmmaker is something that people haven't seen before, and something that seems different.