Accessibility links
Survey Shows Americans Expressing Greater Concern About Government Corruption Almost one year after President Trump took office, an international watchdog has found that Americans are much more cynical about corruption in the White House and government. 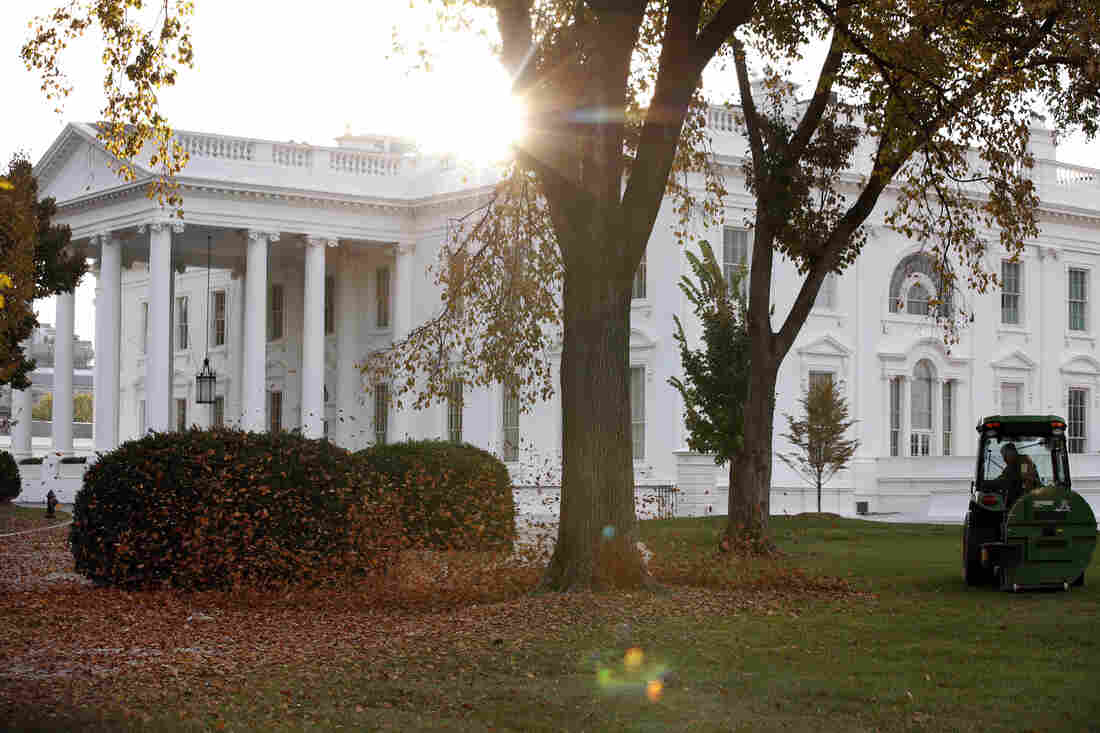 A tractor uses a leaf blower to gather the fallen leaves on the North Lawn as the sun rises over the White House on Nov. 18, 2017. Alex Brandon/AP hide caption 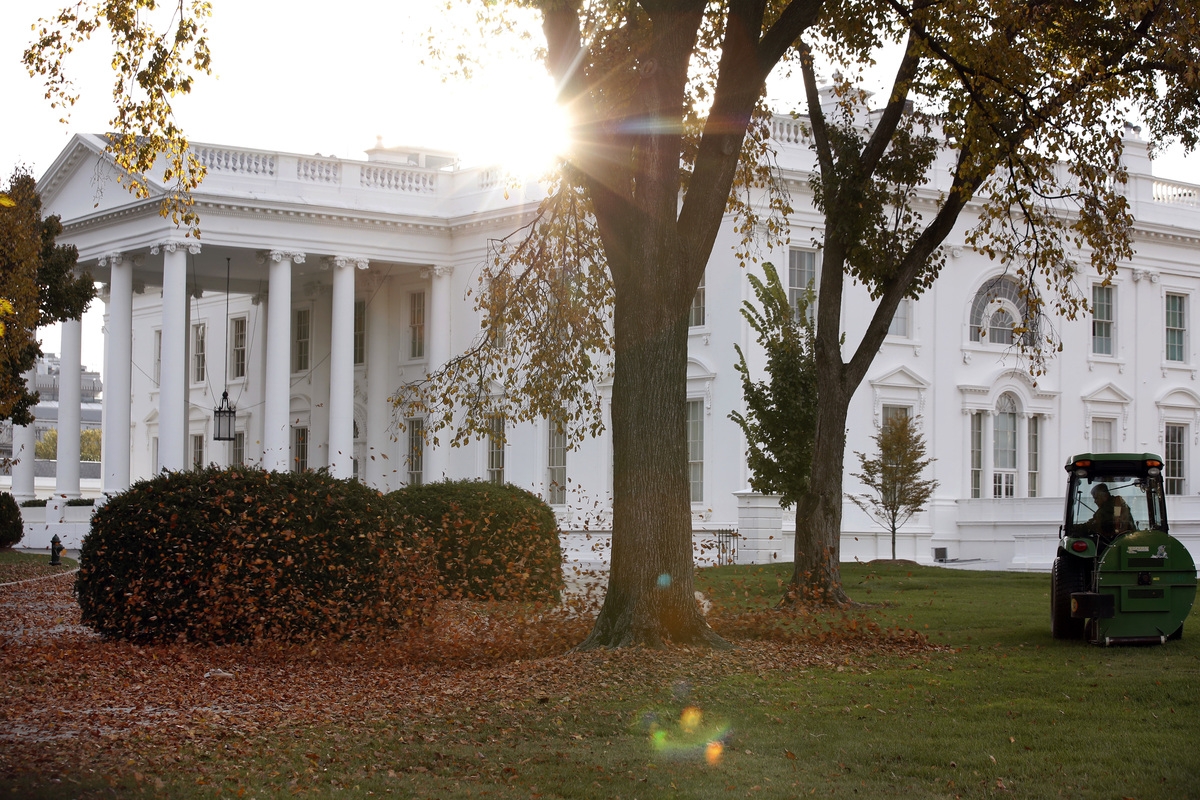 A tractor uses a leaf blower to gather the fallen leaves on the North Lawn as the sun rises over the White House on Nov. 18, 2017.

The anti-corruption organization Transparency International says Americans are expressing greater concern this year about wrongdoing within the U.S. government, and especially within the White House.

It's the major finding in the organization's annual U.S. Corruption Barometer. Researcher Coralie Pring said that in 2016, only about a third of Americans expressed concerns about White House corruption. But in the new survey, she said, "just under one in two Americans think that there's very serious levels of corruption in the office of the president."

Transparency International defines corruption as "the abuse of entrusted power for private gain." The survey polled 1,005 people in October and November. The questionnaire was designed to allow comparisons with other nations.

Pring said America seems to worry more than most other nations about corruption at the top of government, with concerns about White House corruption matching responses to comparable questions in Pakistan, Armenia, Malawi and El Salvador.

"Citizens of these countries similarly think their office of the president is fairly corrupt," Pring said. "These are not countries that typically the U.S. compares itself to."

The survey rated Congress as almost as corrupt as the White House.

Transparency International, headquartered in Berlin, issued the survey along with four U.S. watchdog groups: the Project on Government Oversight (POGO), Sunlight Foundation, OpenTheGovernment.org and the Financial Accountability and Corporate Transparency Coalition (FACT). They recommended steps to clean up government institutions, including stronger ethics agencies and an end to shell corporations and secret political money.

The institutional concerns raised in the survey are not new.

For months, foreign investors have considered the United States to have an "uncertain" business climate. And allegations have circulated that the Trump administration has backed off enforcement of the Foreign Corrupt Practices Act, or FCPA, which bars U.S. companies from paying bribes overseas. The FCPA is a primary tool in fighting bribery in international commerce.

The Trump administration denies that it's letting up on foreign corruption.

But that's not what Alexandra Wrage says she hears from business executives. Wrage is president of Trace International, which advises corporations in complying with the FCPA and other anti-bribery statutes.

"I fall back to just conversations — conversations with business people," she told NPR. "It's like, do you think you are now more or less likely to be prosecuted for corruption? And the answer is, uniformly, less likely."