40. Margo Price
"All American Made"

Margo Price's debut was full of fierily raucous drinking songs, but this year's All American Made digs far deeper, delving into America's dark underbelly and the tenuous survival of the country's strivers and margin-dwellers. The album's epic title track mourns a loss of belief in the values of American leadership, while closing with lines that sum up her disillusionment, her empathy and a generalized desire for escape: "I wonder if the president gets much sleep at night / And if the folks on welfare are making it all right / I'm dreaming of that highway that stretches out of sight / That's all American made." —Stephen Thompson

Listen to "All American Made" 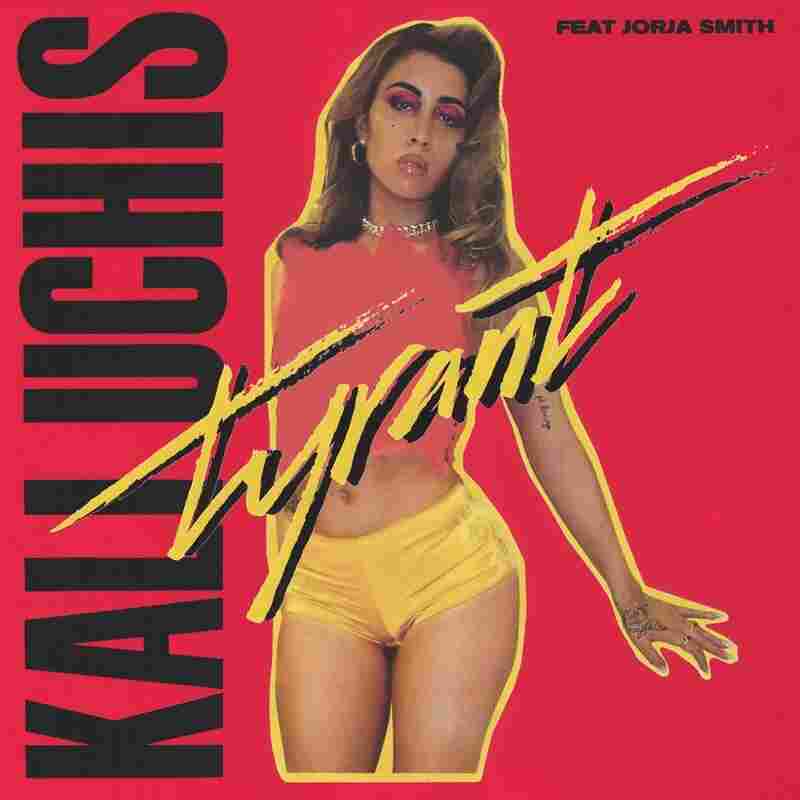 I found "Tyrant" during summer's sticky embrace, creeping its way into my song rotation. The soft, undulating rhythm matched the waves at Los Angeles' beaches; Uchis' achingly sweet voice mimicked the cherry popsicle syrup that ran down my hands. The moment I kept repeating, though, was her effortless slip into Spanish in the second verse — like sliding into an old fuzzy sweater and remembering how good you look in it. Fitting: A song about finding solace in love was the song that I found wrapped around me, ending my nights in a bubblegum cocoon. —Steffanee Wang

On her terrific debut album, Stranger In The Alps, singer-songwriter Phoebe Bridgers sticks largely to languid, evocative ballads. But on "Motion Sickness," she lets her arrangement rumble and churn a bit, as she swims in the aftermath of a relationship ruined by a power imbalance, a wide age gap and chronic instability. From the first line — "I hate you for what you did / And I miss you like a little kid" — Bridgers radiates ambivalence about a romance that's left a mark, even as it's long since curdled. —Stephen Thompson 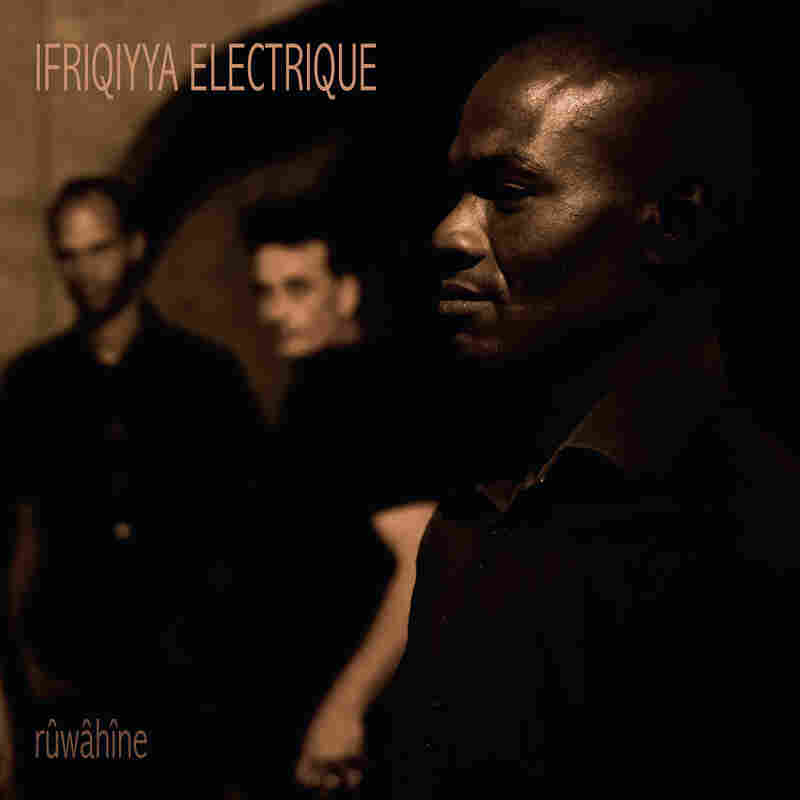 Right from the rolling-thunder opening notes, these musicians declare that they're cracking tradition wide open to transport listeners to a new, deeply emotional place — terrain that they've perhaps never even dared to explore. Banga trance ritual from Tunisia is still the root of what Ifriqiyya Electrique does – just listen to those clacking qarqaba castanets, the Tunisian tabla drums and husky call-and-response singing — but the addition of electric guitar, bass and electronics blast the harmonic and textural palette into new depths. —Anastasia Tsioulcas

Brendan Walter/Courtesy of the artist

If Lorde's Melodrama is a party strung across 11 tracks, "Perfect Places" is the final crescendo and the comedown. It's the last glass of wine that you probably didn't need, but you pour anyway with end-of-the-evening abandonment. It's what happens when you steal the aux cord: Every chorus becomes a communal anthem. Stripped of insecurity, you let a secret slip and feel a little less self-conscious, at least until the music stops. —Lyndsey McKenna 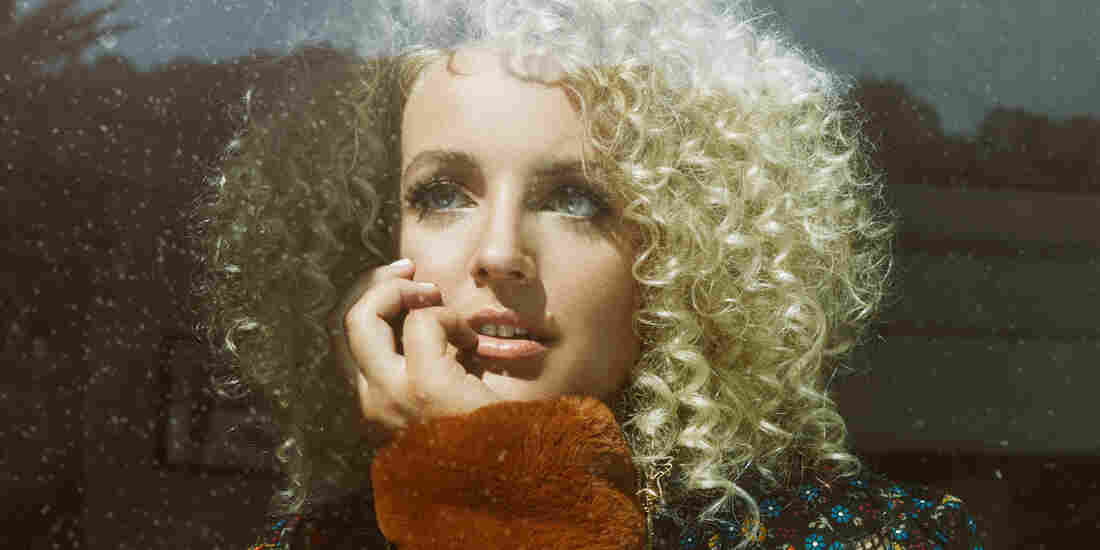 A rewrite of the scenario at the center of one of country music's all-time classics, Dolly Parton's "Jolene" — only written in the voice of other woman, the one who tempts a man away from his home. "I promise I didn't know he was your man," Cam pleads. "I'd rather you hate me than not understand." The tune zips forward on strummed guitars and insistent harmonies, a little bit Everly Brothers, a little bit "Stuck In the Middle With You." The first hint of where this California up-and-comer might go on her second album, "Diane" proves once again that even when Cam is playing in well-worn territory, she has plenty to add to the conversation. —Jacob Ganz

Let's give credit where credit is due: We love "Passionfruit" because of British beatmaker Nana Rogues. The producer's syncopated pseudo-vibraphones are truly the nectar of the 6 God, the sweetest stem on Noah Shebib's hard drive. The pairing couldn't be more fitting or poetic; I mean, what better sums up Drake's popularity — his raison d'être, really — than fake vibes? That said, the appeal was real: pop band Paramore, dance artist Yaeji and rising R&B star Mabel all covered "Passionfruit" in 2017. I can't blame them, no. —Otis Hart

Rachael Wright/Courtesy of the artist

It's 2017 and Yaeji is making electronica from the future. Everything in "raingurl" condenses to form a wickedly pulsating electronic beat meticulously crafted by (what feels like) machines that can now weave rich audio tapestries. Close your eyes and maybe you can feel it: It's a burgundy suede jacket; it's a glitzy, warehouse affair; it's sweat clinging to the ceiling, walls and limbs of dancers as the music thrums away. Her voice hovers benevolently over it all as DJ and supportive girlfriend, chanting: "Make it rain gurl, make it rain." —Steffanee Wang 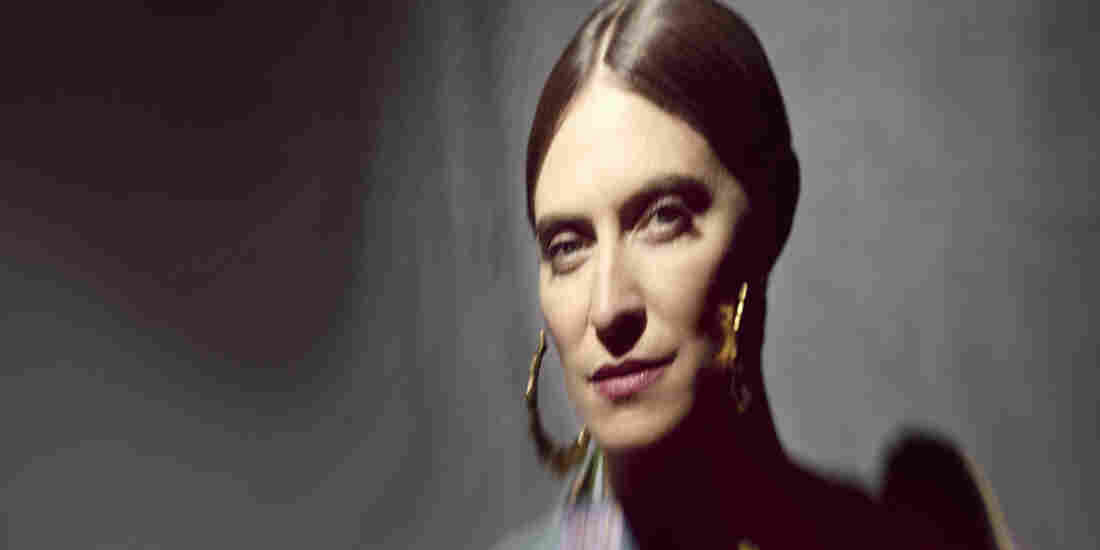 Listen to "Any Party" 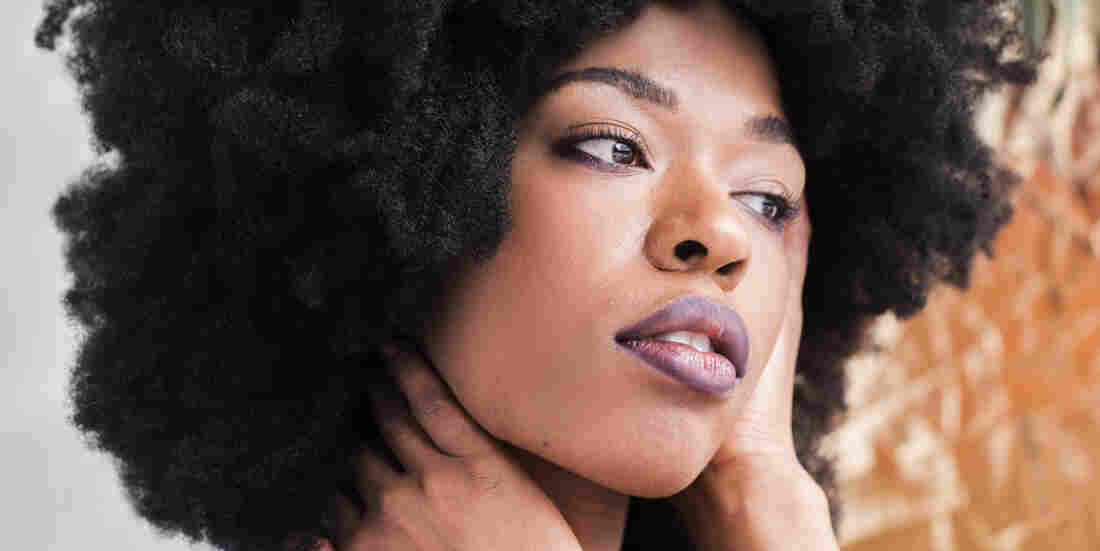 A loop-like violin and an armful of hand-held percussion instruments are the easy-to-spot attractions of "Come Meh Way," centerpiece of the L.A.-based singer/producer/violinist's self-titled debut EP. But the reason to keep returning is the way she arranges global folk textures and minimalist electronics into a soulful pop nugget. It's a short, sweet embrace of something oncoming, set to a staccato groove and a smile. —Piotr Orlov

When Alvvays emerged with its self-titled debut in 2014, the band's coastal-Canada-inspired pop was unfairly dubbed as a guilty pleasure. Perhaps that's what makes "Plimsoll Punks" (a jangly answer to Television Personalities' "Part Time Punks") just so satisfying. It's an effortless takedown of self-righteous scenes — the sort that enabled the band's breakthrough with backhanded compliments — and Alvvays' most joyful jaunt to date. Only lead singer and songwriter Molly Rankin could make biting through a candy-coated ice cream cone to find "insulation" and "indignation" sound oh-so earnest. —Salvatore Maicki

Enlarge this image
Lindsey Byrnes/Courtesy of the artist

Paramore's After Laughter is an introvert's fluorescent makeover, a brightly-splattered pop record that just barely paints over darker hues of depression. Constructed like a spinning wheel spinning faster at every jolt of tension-building synth and erratically euphoric guitar, "Rose-Colored Boy" gave us this year's mantra: "Low key! No pressure! Just hang with me and my weather!" Hayley Williams' cheerleader chant takes the unexamined life of '80s mall-pop and wakes up to a world falling down. —Lars Gotrich

Joe Dilworth/Courtesy of the artist

28. Algiers
"The Underside Of Power"

"The image of an insect being squashed by a boot." That's how lead singer Franklin James Fisher described the title track on Algiers' second album to NPR. "But with that image comes a slightly hopeful paradox; just as all systems have inherent flaws, so does the proverbial boot, which leaves the slight possibility for the insect to creep through and bite back ... Through solidarity, your pain is my pain." This song is intense with hints of gospel but also The Clash; it's English soul with an Atlanta heart. —Bob Boilen

Listen to "The Underside Of Power"

Harley Weir/Courtesy of the artist

It takes guts to give one's rock-star debut a title more or less copped from Prince, but then, this expansive, glam-tinged ballad made it clear the newly solo Harry Styles was prepared to take risks. If the piano line that plods throughout "Sign Of The Times" sounds like the weighty sense of apocalyptic doom you just couldn't shake in 2017 ("They told me that the end is near"), the song's wonderfully bombastic buildup and soaring final chorus offer a way up and out. —Rachel Horn 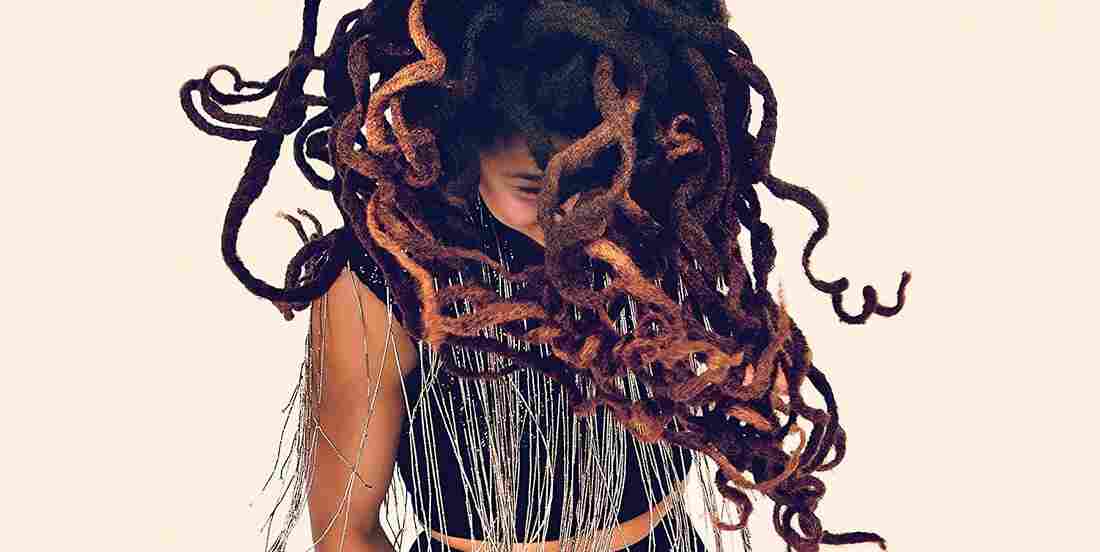 Valerie June's album The Order Of Time is a work of patient, earthy mysticism, and "Astral Plane" is among its most transportive tracks. The tranquil tune came of an attempt to write for the British trip-hop group Massive Attack. Salvaging her unused ideas, she emerged with a mediation on preparing oneself to experience transcendence. Her melody's hill country blues eddies, her phrasing's gently insistent nudging and the jazzy, impressionistic looseness of her accompaniment help her tease out the connection she's found between what people perceive to be primal and esoteric modes of expression. She sees no reason to limit herself to one or the other, and that's made her one of roots music's most open minds. —Jewly Hight

Cat Stevens/Courtesy of the artist

This ballad unfolds with guitar and piano perfectly interwoven, suggesting the ways lovers converge under covers. But the opening line "I'm going to answer, protecting / It can be so hard to forgive," hints at a different scenario. As New Zealand songwriter Aldous Harding put it, the song is "about all of the ... tender and frightening thoughts that come with being in love. And growing up, and trying to figure out what the hell it is that you want." The song is thoughtful, relatable and filled with small, quirky twists and shouts. —Bob Boilen

Listen to "Imagining My Man" 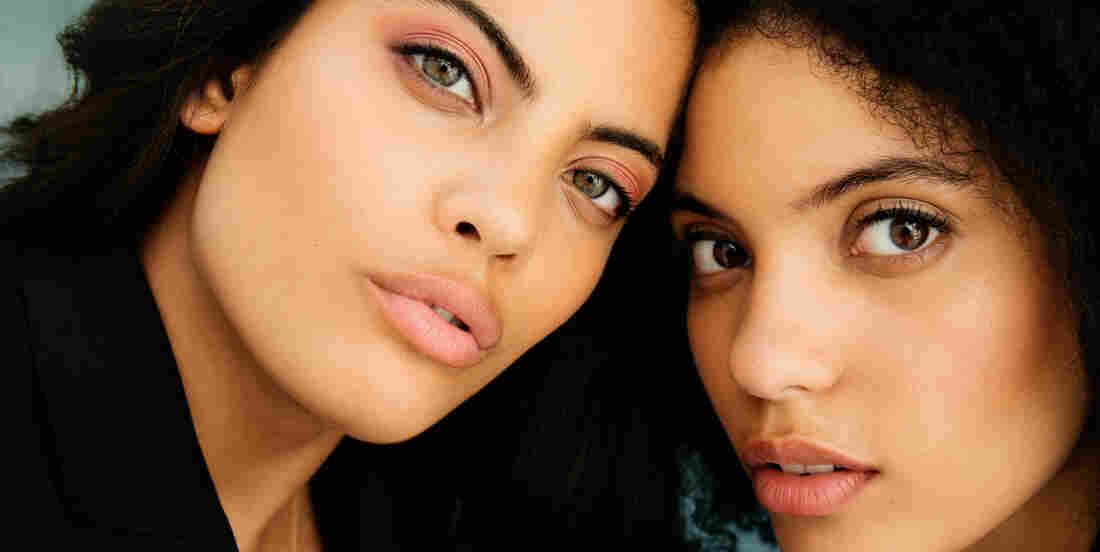 David Uzochukwu/Courtesy of the artist

The beguiling French-Cuban twins Lisa-Kaindé and Naomi Díaz already knew that they stand on the shoulders of the giants who came before them, the mothers and fathers of Afro-Cuban sound and spirit, when they make their own music. They make those links all the more clear on the anthemic "Deathless," whose lyrics Lisa-Kaindé penned after she was wrongfully arrested at age 16 ("He said, he said: You're not clean / You might deal / All the same with that skin"). The transcendent, shouted chorus — thickly layered with the impasto of guest Kamasi Washington's saxophone — gives room for hope to rise. — Anastasia Tsioulcas

Throughout Jay Som's superb Everybody Works, Melina Duterte crafts breathless vocal melodies with jazz-inflected harmonies and cathartic bursts of noise that give her aching songs a frenetic crackle. That musical blend breathes life into Duterte's songwriting, particularly when capturing the transition from youth into adulthood with such personal specificity that her lyrics feels intimately familiar. Yet on "The Bus Song," she's more abstract. The album's triumphant highlight finds two young friends sorting out their relationship, and a conversation deciding if there's something more between them — or if it's come to an end. "Take time, we'll figure it out / I'll be the one who sticks around," she declares in the singalong chorus. Whether Duterte is singing of her own unfulfilling romances and heartbreak, or spinning her anxiety into themes of identity and artistic ambition, the unspoken subtext allows us to interpret meaning for ourselves. —Mike Katzif

Listen to "The Bus Song"

Caroline Bittencourt/Courtesy of the artist

When they aren't playing Beethoven or Brahms, the Danish String Quartet's musicians like to hole up in a vintage farmhouse and craft arrangements of old Nordic folk songs. The 18th-century tune 'Æ Rømeser,' from the band's pleasing album Last Leaf, offers both melancholy and a polka-like meter for dancing, unique to the village of Sønderho. Emerging through a murky introduction, a lone fiddle slowly unfolds the meandering theme, touched with heartache as it gathers speed and blossoms. In the quartet's elegant, idiomatic arrangement you can hear feet shuffling on a sawdusted dance floor and the drone of an old squeezebox. —Tom Huizenga

"Bobby" is heartfelt, and that's what counts. If music or art is some kind of search for capital-T truth, it might be found somewhere in the strain of Alex Giannascoli singing "I'd leave him for you, if you want me to" in this song. That voice, surrounded by lilting violin, crying guitar, broken-down banjo and a mirroring vocal from Emily Yacina, makes the heartbreaking "Bobby" feel like a secret your friend tells you late at night, or something you hear between the cracks of a wall. It's so personal it hurts. And that's what makes it so powerful. —Justin Barney (Radio Milwaukee)