Accessibility links
Critic's 'Ghost List' Has Books, Music And A TV Show That Deserve A Second Look Every year, critic John Powers is haunted by the things he wishes he'd reviewed. The themes his 2017 "Ghost List" range in spirit from cosmic surrealism to ripped-from-the-headlines immediacy. 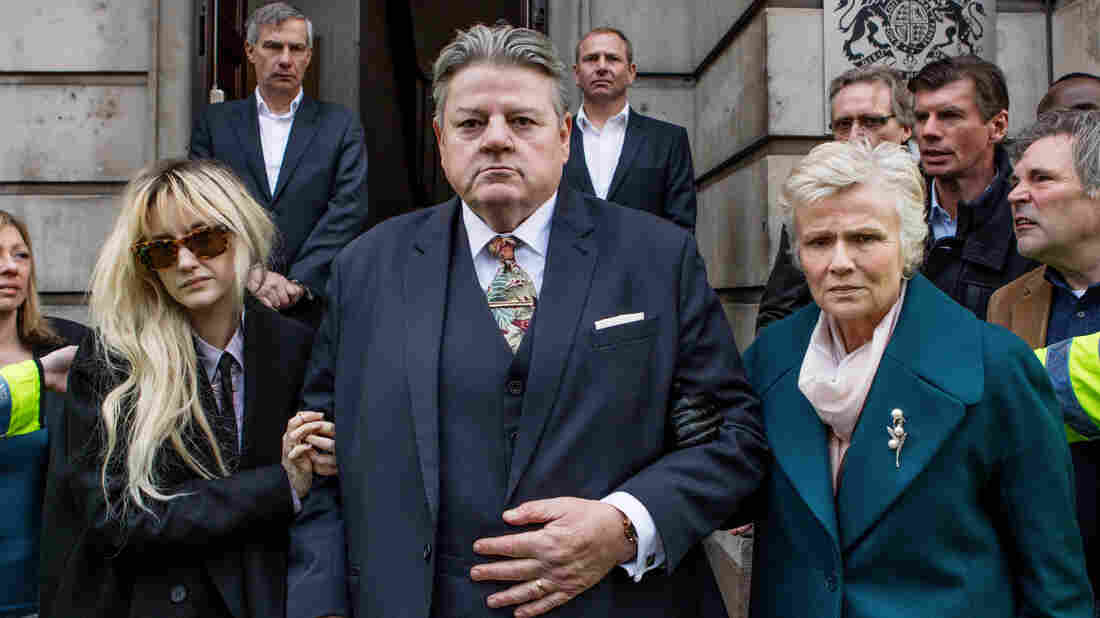 The British TV series National Treasure (available on Hulu) features Robbie Coltrane as a beloved comedian who has been accused of sexual assault, and Julie Walters (right) and Andrea Riseborough as his wife and daughter. Joss Barratt/Hulu hide caption 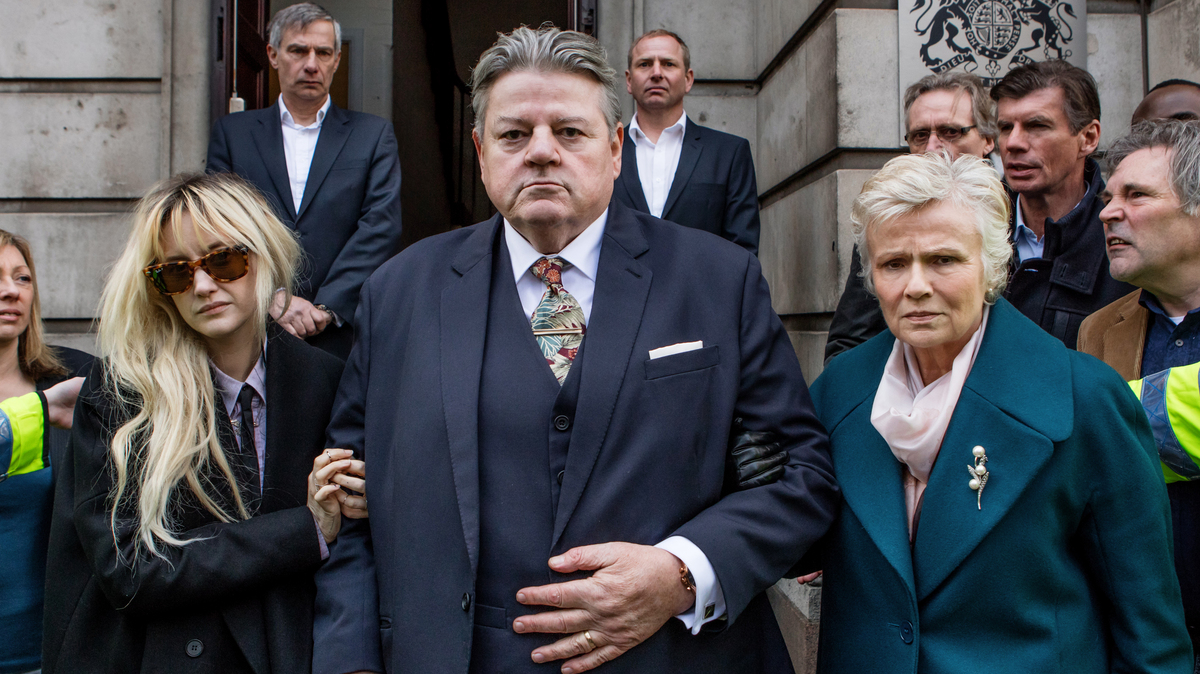 The British TV series National Treasure (available on Hulu) features Robbie Coltrane as a beloved comedian who has been accused of sexual assault, and Julie Walters (right) and Andrea Riseborough as his wife and daughter.

I don't believe in ghosts, but sometimes when I walk through my house I think I hear the forlorn cries of all the books, movies and TV shows that I've loved over the past few months but never got around to talking about. And so, every December, I try to silence those cries with my annual "Ghost List" of favorites I've ignored — a group that in 2017 ranges in spirit from cosmic surrealism to ripped-from-the-headlines immediacy.

This riveting British TV series could hardly be more of our moment. It stars the monumental Scottish actor Robbie Coltrane (of Cracker and Harry Potter fame) as Paul Finchley, a beloved comedian who's accused of sexually assaulting young women.

But is Paul really guilty, or simply the target of a zeitgeisty witch hunt? The show is great at capturing the situation's emotional cost — especially to Paul's protective wife, superbly played by Julie Walters, and his adoring, self-destructive adult daughter, a tremendous Andrea Riseborough.

As Paul juggles his public and private personas, National Treasure leaves us asking how well we truly know our loved ones — let alone our cultural heroes.

The slipperiness of the self is the terrain of perhaps my favorite Australian writer, Helen Garner, a journalist, novelist and screenwriter who's the Down Under equivalent of Mary McCarthy or Joan Didion. You get a feast of her work in this extraordinary collection.

A great storyteller, Garner casts her ruthlessly penetrating eye on a vast range of tales about murder, marriage, sexual harassment, aging — she feels freed by turning 70 — and her own moments of personal cowardice. Scarily forthright and addictively readable, this book is a model of how to be unblinkingly honest about the world — and ourselves.

In contrast, dishonesty has a field day in Howard Hawks' fast, funny, gleefully cynical 1940 newspaper comedy just out in a glorious new high-definition restoration from Criterion. At the peak of his wit and good looks, Cary Grant stars as Walter Burns, an amoral big city editor who tries to finagle his equally hard-nosed star reporter and ex-wife, Hildy Johnson (that's Rosalind Russell) into dumping her boringly nice insurance man fiancé and covering a murderer's execution. Brash and bursting with jokes, His Girl Friday is one of the greatest American movies — and, in its freedom and high spirits, one of the most American.

Things are more muted in Hideo Yokoyama's profoundly odd and fascinating crime novel, which sold over a million copies in its native Japan. Its hero is Yoshinobu Mikami, a provincial police detective who wants to crack an unsolved 14-year-old murder, but faces obstacles, including his own daughter going missing.

Although Six Four builds to a nifty ending, it has more things on its mind than just catching the killer. This offbeat police procedural offers an unforgettable portrait of bureaucratic Japan and reaches for something more metaphysical in the sense that the meaning of things remains elusive, even when the crime is solved.

Elusiveness takes a terrifyingly creepy form in this dazzling short novel by the Argentine writer Samanta Schweblin. Its heroine, Amanda, is a Buenos Aires native who's traveling in the countryside with her young daughter when Something happens — something really bad.

We learn what, drip by dread-inducing drip. Along the way, Schweblin plunges us into a fallen world of parental fears, toxic landscapes, spiritual collapse and some very mysterious worms. Shortlisted for the Man Booker International Prize, Fever Dream will have you looking over your shoulder.

Fever Dream makes the perfect bridge to my favorite work of any kind this year — David Lynch's Twin Peaks: The Return, the most radically disorienting show ever put on television.

Since you will have heard a lot about it already, what I want to recommend is the soundtrack brought out by Rhino. Nobody is better at creating mood than Lynch, who can find the sinister corners of the most innocent pop songs. He loves using music to take us into wildly contradictory emotional places.

This album does just that, moving from Twin Peaks' legendary opening theme to Booker T. and The MG's bluesy, organ-led "Green Onions," which the show played deadpan as you watched a man simply sweep a bar room floor for nearly three minutes.

In an interview, Lynch once told me, "You know, John, getting lost is beautiful." I loved getting lost in this album, which includes great new material like the dreamy "No Stars" by Rebekah Del Rio. It's a song that, befitting a ghost list, will haunt you.