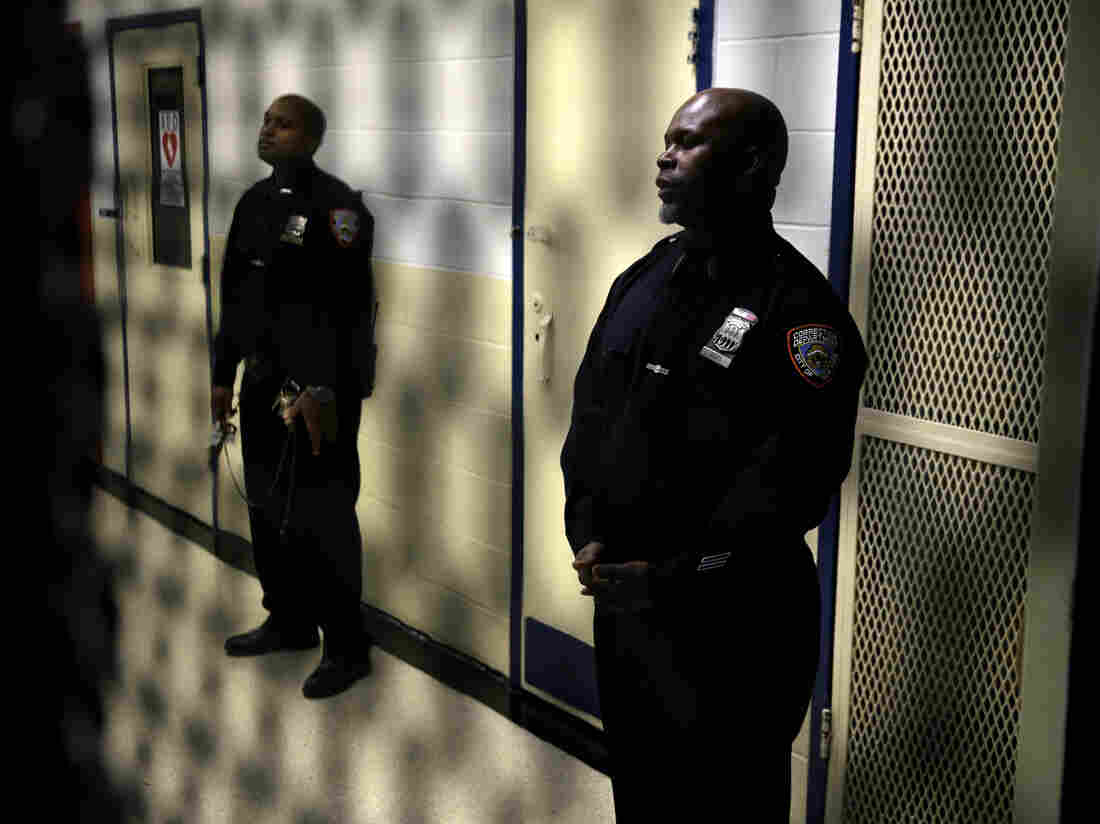 Corrections officers at the Rikers Island jail complex in New York. The City of New York will pay up to $5 million in the settlement of a class action lawsuit. Seth Wenig/AP hide caption 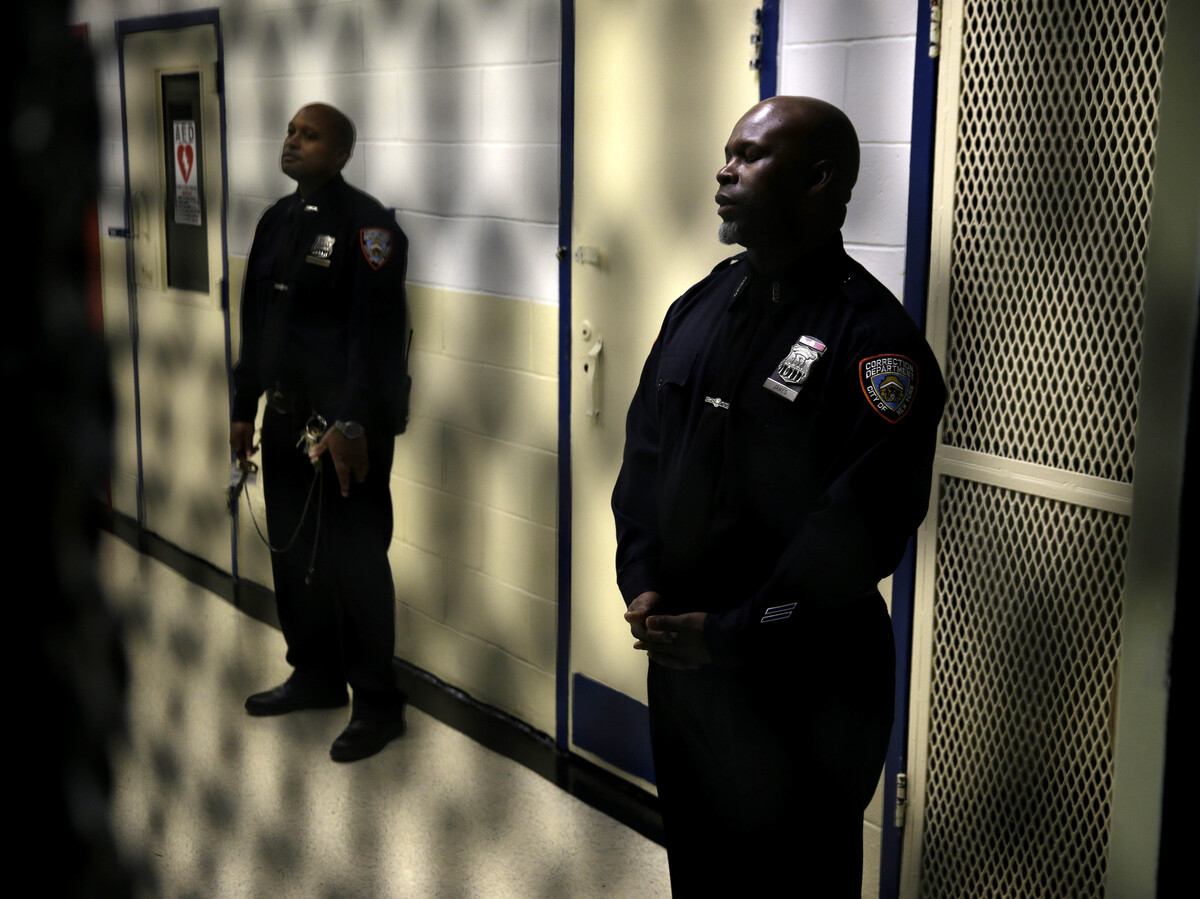 Corrections officers at the Rikers Island jail complex in New York. The City of New York will pay up to $5 million in the settlement of a class action lawsuit.

A class-action lawsuit against the City of New York has spurred the first suit of its kind that promises cash compensation to those who say they were illegally put in solitary confinement while at Rikers Island jail complex between 2012 and 2015. As the Associated Press reports, the city will pay more than $4 million to 470 plaintiffs in the case.

The case refers to a jailing practice referred to as "old time" policy. According to a press release from the office of Alex Reinert, one of the lawyers for the plaintiffs, the policy required Rikers inmates to, "serve time in solitary for stale disciplinary infractions committed during a prior incarceration, often years earlier."

If a person was incarcerated and was ordered to serve in solitary confinement, that order could be reinstated upon subsequent, potentially unrelated, incarcerations. Rikers did away with the old time policy in 2015, when it updated its confinement rules. A federal judge in Brooklyn granted a preliminary approval of the settlement in the case, Parker v. City of New York. According to the statement, the plaintiffs alleged that the city's policies violated their constitutional rights.

The New York Times reports that class members in the lawsuit will be paid $175 for each day they spent in solitary confinement, or $200 per day served for those who were younger than 18 at the time of confinement or who have a mental illness. Reinert's release states that will amount to an average of $10,000 paid out to each class member.

"Although the harm caused by solitary confinement cannot be measured in dollars, we hope that the substantial payments provided to the class under the settlement will provide some relief to the class," Reinert said in the statement. "We applaud the City's decision to end the 'old time' policy, and hope that this litigation will ensure that other jurisdictions will not adopt similar policies."

NPR previously reported on New York City Mayor Bill de Blasio's announcement of a 10-year plan to close Rikers Island. De Blasio proposed that the complex be replaced it with a network of smaller jails in the NYC boroughs. The decision pleased activists like those associated with the #CloseRikers campaign.

Reinert refers to solitary confinement as "the most extreme form of punishment used in the United States outside of the death penalty." He went on to say in the statement that it causes psychological trauma and an overall reduction in public safety.

According to the A.P., New York City's Law Department said it was "pleased," with the settlement.