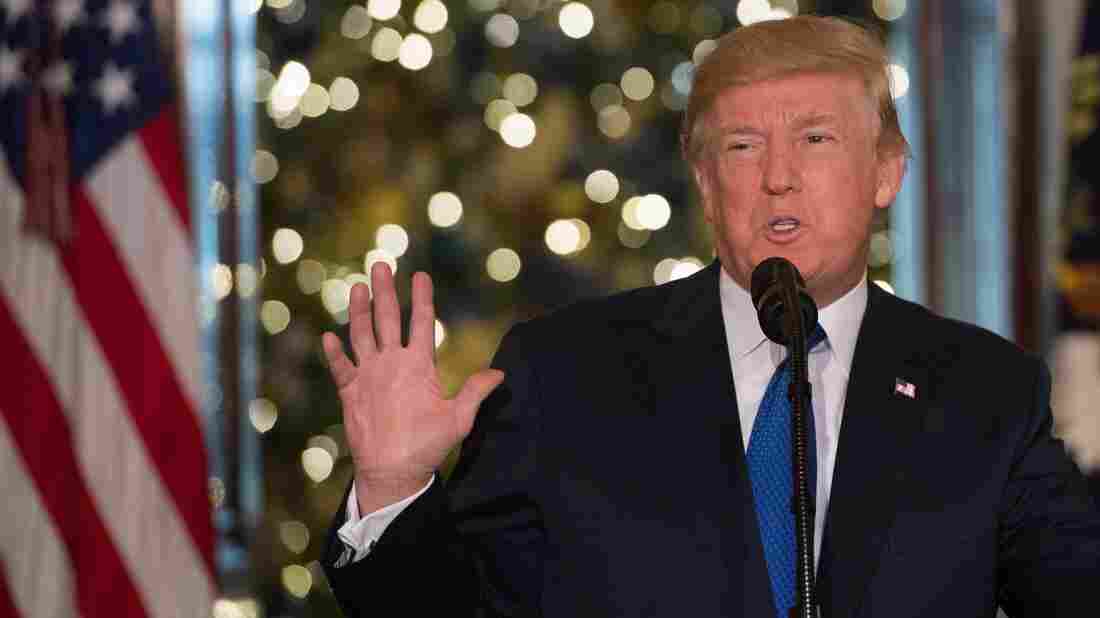 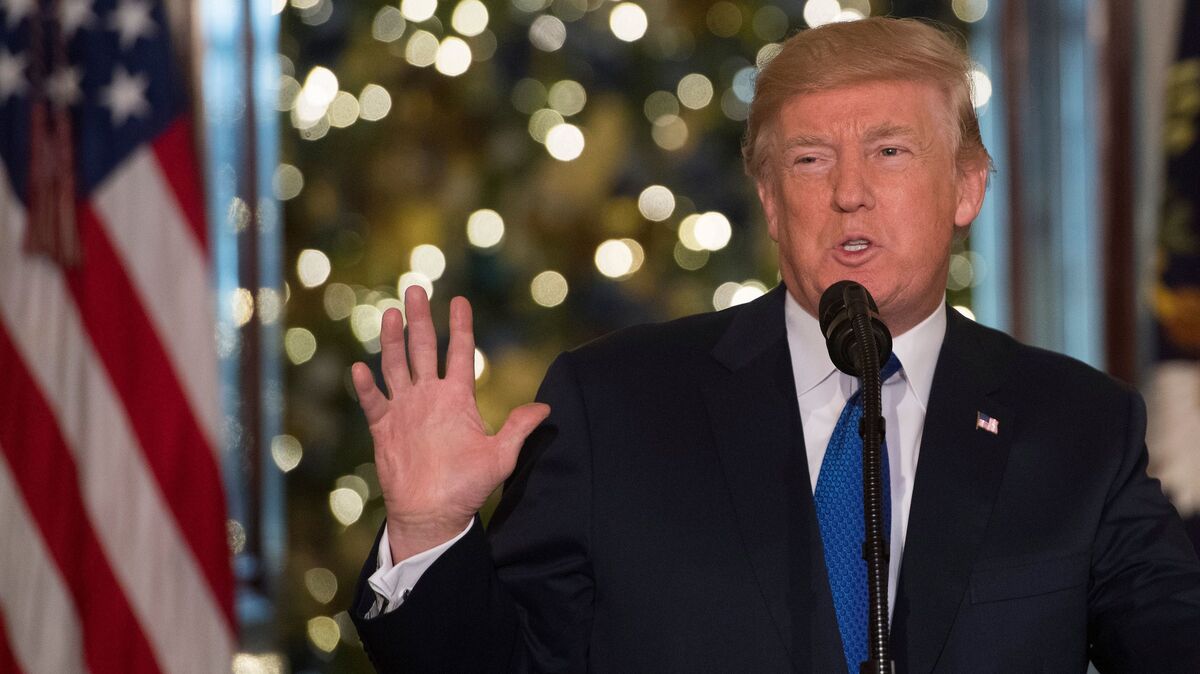 President Trump speaks about the proposed tax overhaul on Wednesday.

In making his "closing argument" for tax legislation expected to get a vote in Congress next week, President Trump announced that the changes would take effect early next year.

This came just after an announcement that House and Senate GOP lawmakers have agreed on a final tax package.

The Myth Of Trump's Economic Populism, As Proved By The Tax Bill

The details of the agreement are still being finalized, but Republicans plan to permanently cut rates for businesses and drop taxes for individuals for eight years.

Negotiators have agreed to cut the tax rate for the highest-earning individuals from 39.6 to 37 percent, according to GOP congressional aides. That rate cut, paired with other tax breaks, could dramatically cut tax bills for wealthy earners.

The legislation would also allow taxpayers to write off up to $10,000 in taxes paid to state and local governments, the aides said. The decision was made in part to appease Republicans in high-tax states like California, New Jersey and New York.

Negotiators were also leaning toward allowing homeowners to write off interest on mortgages valued at $750,000 or less, according to several GOP aides. That is an increase from the $500,000 limit in the House bill — and lower than current law, which allows interest write-offs on mortgages up to $1 million.

Individuals would also get to keep deductions for excessive health care bills, a break that would be expanded for two years to let people write off medical costs that exceed 7.5 percent of their income. Under the deal, graduate students would not be taxed if their university decides to waive tuition costs.

Congressional Republicans also plan to curtail Trump's demands for a 20 percent top corporate rate to help pay for more generous breaks elsewhere in the bill. In a major shift, Trump told reporters on Wednesday that he was open to that plan.

"It's at 35 right now. So if it got down to 21, I would certainly, I would be thrilled," Trump said. "We haven't set that final figure yet, but certainly 21 is a very great difference."

Trump celebrated the deal Wednesday, promising the legislation would be enacted quickly once it is passed.

"If Congress sends me a bill before Christmas, the IRS — this is just out, this is breaking news — has just confirmed that Americans will see lower taxes and bigger paychecks beginning in February, just two short months from now," Trump said in a speech at the White House Wednesday

House Speaker Paul Ryan's office explained in an email that the IRS will adjust its withholding tables in February based on the legislation. At that point, for those likely to get a tax cut, employers would begin pulling less out of their paychecks for federal income taxes, also known as withholding. This means voters could start seeing the impact of the tax legislation on their pay stubs well before the congressional midterm elections next fall. Of course the withholding tables are just estimates, so voters' final tax burden for 2018 wouldn't be calculated until they file their tax returns in 2019.

The deal was reached after a flurry of closed-door meetings between Republican negotiators that began last week and continued around the clock in recent days. The talks centered on resolving differences between the two largely similar tax bills that passed the House and the Senate over the past several weeks.

There are still several major issues that have not been resolved, according to aides.

Tax breaks for small businesses were still a critical issue in the final hours of negotiation. Sen. Ron Johnson, R-Wis., told reporters he was working with negotiators on the conference committee to ensure the new tax system doesn't give corporations an unfair advantage over businesses that decide to file their taxes on the individual side of the tax code.

Johnson said he was pleased with the direction of the talks, but he would not commit to voting for the bill until a final agreement is released.

Trump in his remarks hinted that the child tax credit could also go up. "You'll hear the numbers very soon but they're even larger than anticipated," the president said.

Texas Sen. John Cornyn, the No. 2 Republican in the Senate, told reporters he believes the final tax legislation will be approved.

The final legislation is also expected to include a measure from the Senate bill that would ease oil and gas drilling restrictions in the Arctic National Wildlife Refuge in Alaska. That measure was included to appease Alaska Sen. Lisa Murkowski, who has campaigned throughout her career to allow drilling in the vast protected area.

GOP leaders aim to vote on the final bill early next week, to meet Trump's deadline of passing a tax bill by Christmas, but Senate Minority Leader Chuck Schumer, D-N.Y., urged Republicans to hold off on a tax vote until January. That's when Sen.-elect Doug Jones, D-Ala., will take office, reducing the GOP majority to 51-49. Bringing up the final tax bill this month means GOP Sen. Luther Strange of Alabama will be able to cast a vote for it.