Accessibility links
Newtown Anniversary: Schools Disagree Over How To Prepare For Active Shooters When a shooting begins, should a school lock down or evacuate? The advice runs the gamut and some want a more standardized approach.

3:50
Schools Disagree Over How To Prepare For Active Shooters 3:50 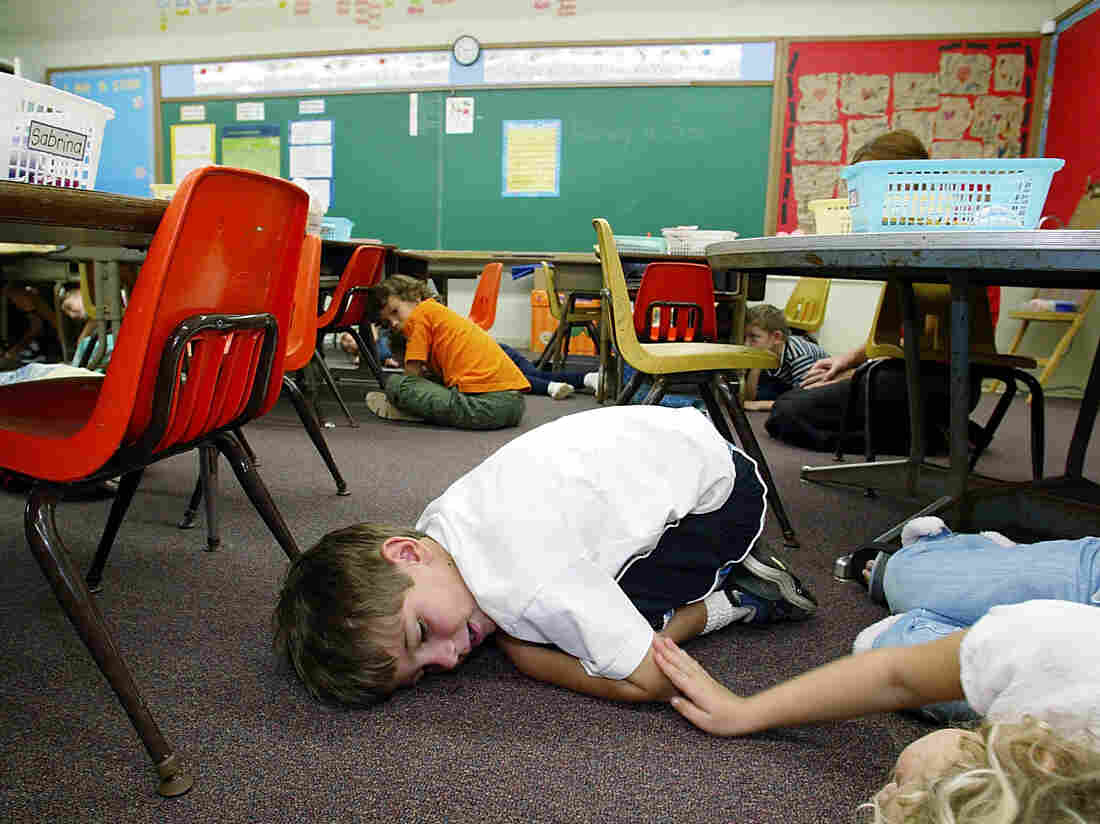 Kindergarten students in Oahu, Hawaii, lie on the floor during a lockdown drill in 2003. Phil Mislinski/Getty Images hide caption 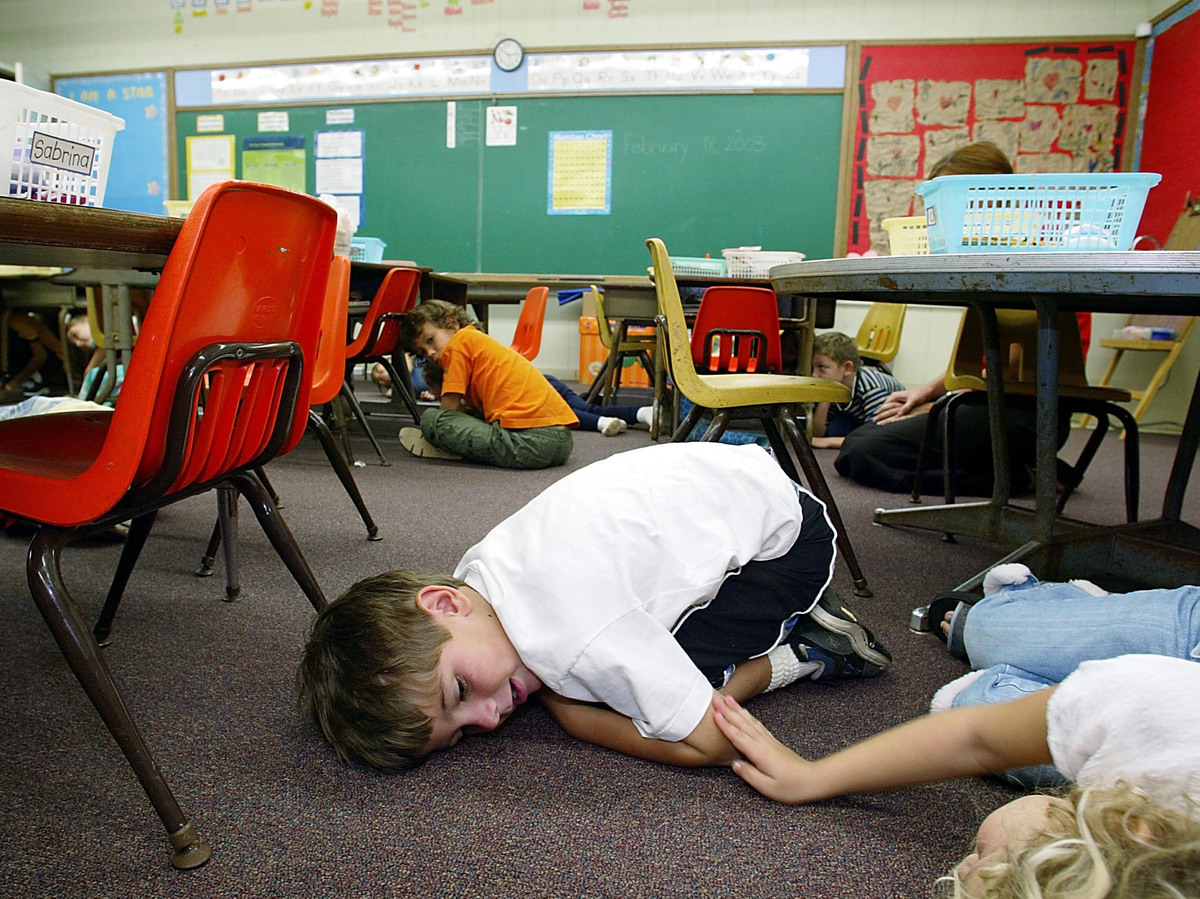 Kindergarten students in Oahu, Hawaii, lie on the floor during a lockdown drill in 2003.

In 2013, Las Cruces High School in New Mexico created a training video to teach students how to perform a "lockdown" drill.

In the video, the teacher turns off the lights, locks the door, and places a black strip of paper over the door's window. The students close the blinds and huddle on the floor, away from the windows and the door.

Today, the way schools prepare for active shooters on campus runs the gamut. Some, like Las Cruces, practice lockdowns. Others, conversely, plan to evacuate students. There are also efforts to train school resource officers and even arm teachers. But mostly, there's major disagreement on what the best approach is.

Twenty-six children and educators died at Sandy Hook in Connecticut in 2012.

Joe Erardi started as the superintendent at Newtown Public Schools a year after that.

"In essence, I had two full time jobs ... one was to run the school district and the second was to do the absolute best that I could with putting in extraordinary amounts of time pertaining to the safety and security of all students and staff," Erardi says.

Erardi worked with local law enforcement to come up with best practices for Newtown schools. He says they found it's important to let students know exactly why these drills are necessary. Don't sugar coat it. Don Bridges, the president of the National Association of School Resource Officers (NASRO) shares this sentiment.

"Every district throughout the country must remain steadfast and continue to train kids and let them know what it means when we say 'lockdown'," Bridges says. "Why are we doing a lockdown? We have to make sure they understand it, but we have to do it in a matter where they feel comfortable."

Erardi feels strongly about not evacuating students during an active shooter situation.

"One of the things you would never do would be evacuate, because all you're doing is putting people in harm's way," Erardi says.

But Greg Crane, founder of ALICE, a school safety training program that over 4,000 schools use, says the numbers of fatalities in Columbine and Newtown were too high because they strictly followed their lockdown procedures and didn't evacuate.

"Don't give me just one option," Crane says. "Because you can't know that that's going to be the right one tomorrow."

Experts say a number of factors can determine the best strategy for a school. Shereen Walter, vice president of health and community concerns with the California Parent Teacher Association, agrees that schools need to be flexible. Her daughter teaches at a California elementary school that has open doorways.

"You know, the common wisdom is you're going to lock your doors and hide in a corner. My daughter's classroom doesn't have a door. So a one-size-fits-all safety plan of 'lock your door and hide' isn't going to work for her classroom," Walter says.

But the lack of consensus among experts leaves some educators and parents frustrated. Elizabeth Davis heads the Teachers' Union on Washington, D.C. She says schools need clear instructions for how to respond, not a menu of options.

"I don't know that there's a plan that every school is aware of. I'm talking about one plan ... if it's for evacuation or if it's for shelter in place." Davis says. "My point is, it should be systemic. It should not be random."

Todd Gregory, the director of public safety at Las Cruces Public Schools in New Mexico, says whenever another school shooting happens in the U.S., he tries to learn from it. For now, the plan is to lock down the school, evacuate if necessary, and then fight in self defense, if it comes to that.

A previous version of this story incorrectly stated that 28 children and educators were killed at Sandy Hook Elementary School. It was 26.