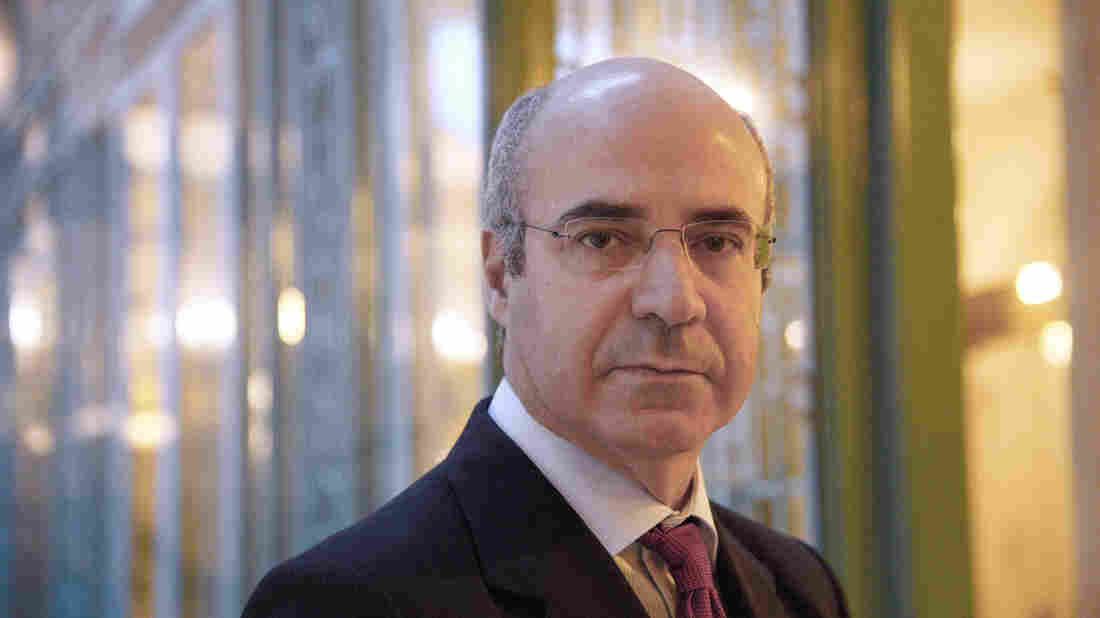 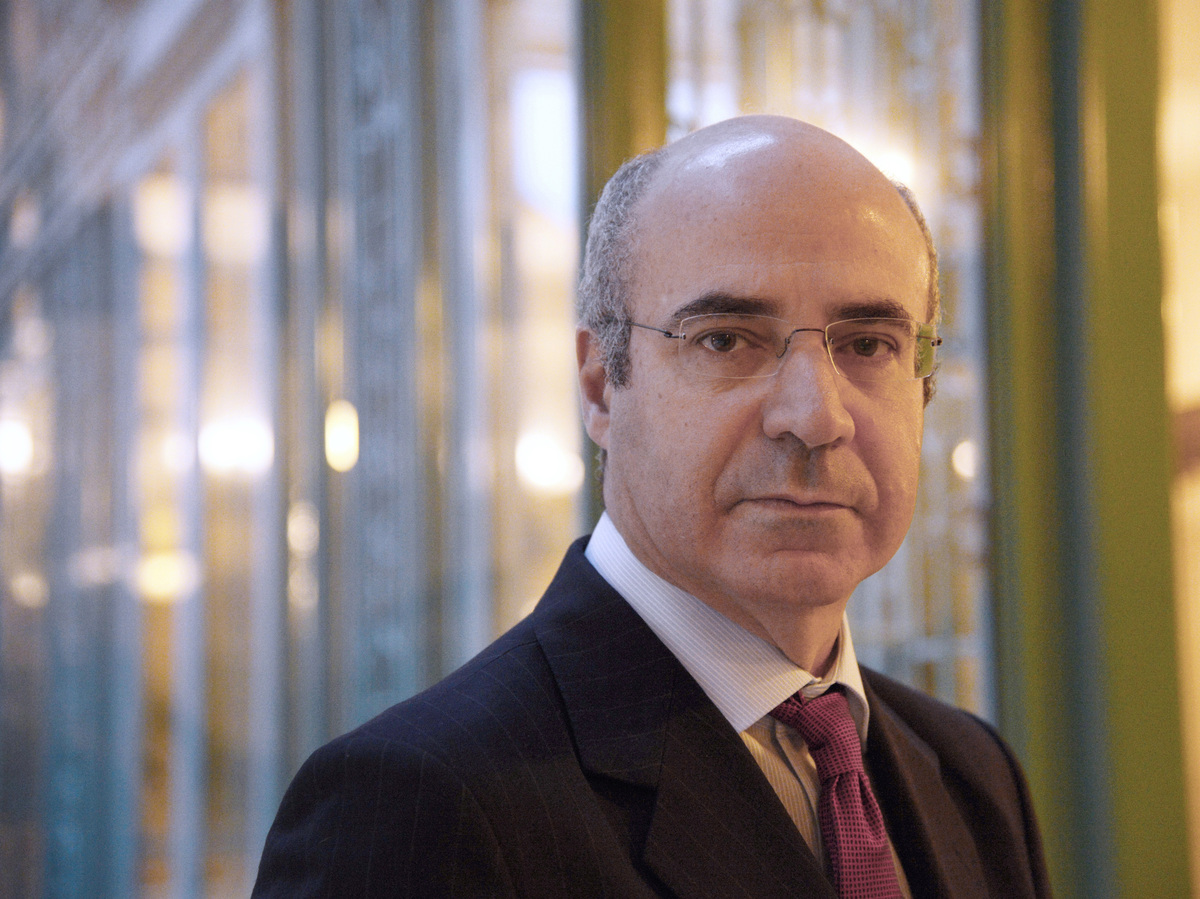 Bill Browder has become one of Russian President Vladimir Putin's most vocal enemies, as he's pushed for countries to enact sanctions that freeze the assets of human rights violators.

The New Year will bring a new test for President Trump and the United States' relationship with Russia.

Five years ago, President Obama signed a bill imposing sanctions on a group of powerful people there charged with involvement in the death of a Russian lawyer who uncovered a $230 million tax fraud scheme — and then died in government custody. The sanctions infuriated Russian President Vladimir Putin.

Since then, the State Department has put more people on its sanctions list, usually at the beginning of each year, and the choice it makes next month about who or how many people it adds could be consequential.

"This is the big test for Donald Trump about whether he is really a friend of Putin's or whether he's a tough guy as to whether he actually adds names," said Bill Browder, a financier-turned-advocate who pushed for the sanctions.

"This is highly significant and highly pregnant with meaning whatever he does or doesn't do, if he really wants to take the wind out of the sails of this collusion narrative," Browder also said.

That "narrative" is what has prompted the Justice Department, in an investigation now led by special counsel Robert Mueller, and several congressional committees to look into any possible ties between the Trump campaign and Russia which attacked the 2016 presidential election.

The White House has repeatedly denied any involvement in the Russian election interference by anyone associated with the Trump campaign, and it points to Trump's own signature on a separate Russia sanctions bill from earlier this year. Congress passed those additional restrictions on Russia following its attack on the election and also constrained Trump's ability to ease them without lawmakers' approval.

But Browder said one way to measure Washington's current willingness to placate — or annoy — Moscow will be to watch for what the State Department does about the older Magnitsky Act.

That's the bill passed in 2012 and signed five years ago Thursday by Obama, after intense lobbying by Browder. Attorney Sergey Magnitsky, for whom the legislation was named, worked for Browder in Moscow and was arrested when he reported his discovery about the amount of money being stolen by powerful Russians. Magnitsky died in custody, beaten to death while chained to a bed in a prison cell — and Browder has been telling his story ever since.

"I made a vow to his memory, to his family, to myself that I was going to go out and get the people who killed him and make sure they faced justice," Browder told NPR.

The Russian government has long denied any wrongdoing or cover-up efforts — at different points accusing Browder of murdering Magnitsky — and also arguing the lawyer died of natural causes. 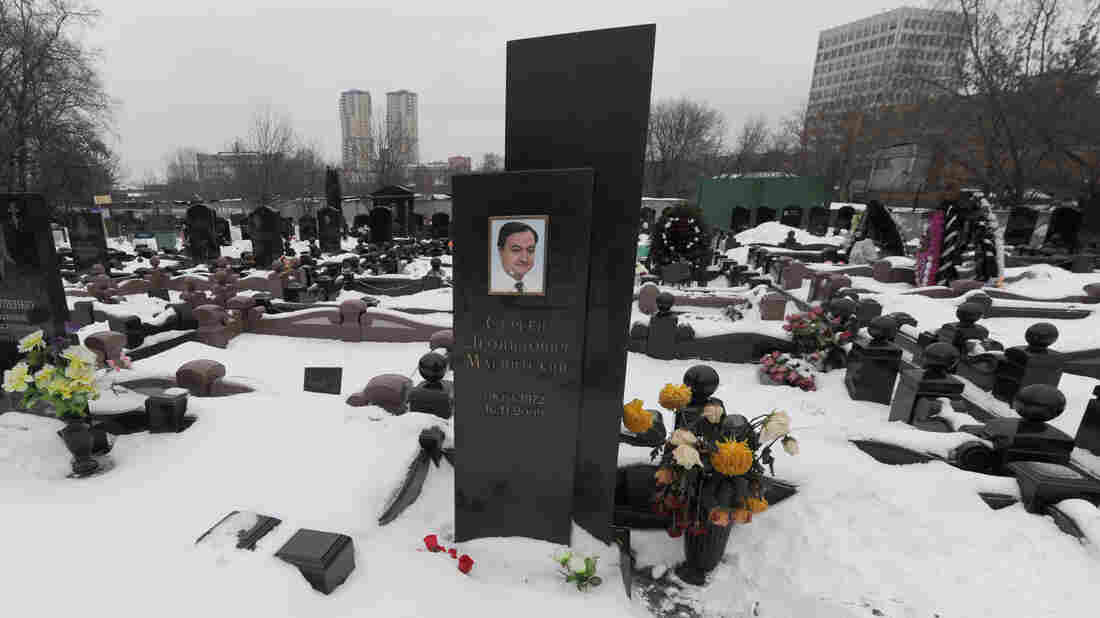 A picture taken on December 7, 2012, shows the snow-clad grave of Russian lawyer Sergei Magnitsky with his portrait on the tomb at a cemetery in Moscow. Andrey Smirnov/AFP/Getty Images hide caption 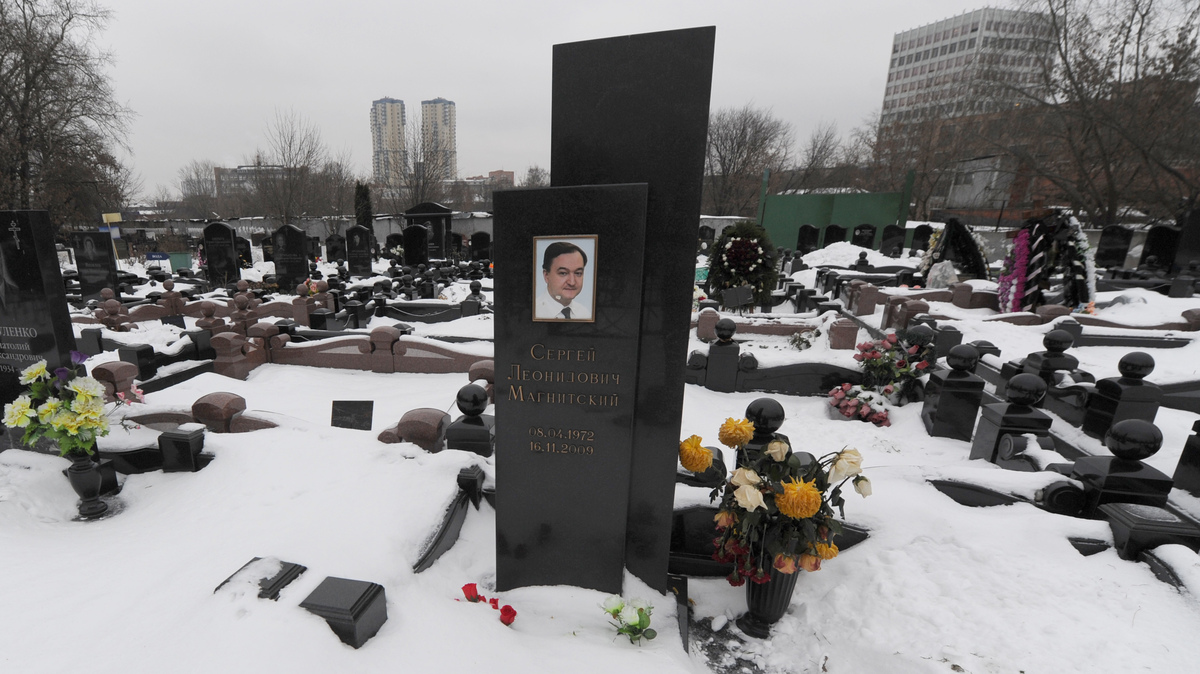 A picture taken on December 7, 2012, shows the snow-clad grave of Russian lawyer Sergei Magnitsky with his portrait on the tomb at a cemetery in Moscow.

Since the law went into effect, Moscow and its advocates have been working inside the United States to get Congress to lift the sanctions.

Behind Support For 'Adoption,' A Web Of Clandestine Russian Advocates

A Russian contingent met at Trump Tower in June 2016 with Donald Trump Jr., his brother-in-law Jared Kushner and then-Trump campaign chairman Paul Manafort in part to talk about the Magnitsky Act. Before that, Russian advocates Natalia Veselnitskaya and Rinat Akhmetshin worked for years to discredit Browder.

Meanwhile, Browder has been leading the charge not only for the United States to sanction more Russians under its Magnitsky Act, but for other governments to pass their own version of the sanctions law.

That's despite Russian attempts to have him arrested by Interpol, in an attempt to get him returned to Russia.

"It's not just arrest," he told NPR last month, after the Kremlin issued its most recent Interpol warrant. "They could try to assassinate me on the street. They've made these threats, and so I am genuinely Putin's No. 1 foreign enemy, and they'd like to wipe me out one way or another."

Still, he's scheduled to appear before the U.S. Helsinki Commission on Thursday to discuss the Magnitsky Act's anniversary.

And in the past two months, both Lithuania and Canada voted to enact their own versions of the legislation.

"It's a signal to every country where there are abusers that can be proven — we do not want them in our country," said Canadian Sen. Raynell Andreychuk, one of the bill's sponsors in Ottawa.

"I say [before this legislation passed], we were like enablers. We can sign all the international treaties, we can make all the statements in the U.N., but if we let them park their dirty money in Canada or buy property here or try to enter here, we then become enablers."