Accessibility links
For 'Last Jedi' Director, The Journey To 'Star Wars' Began With Action Figures Rian Johnson remembers playing with the toys as a kid. "Those were the first movies I was making in my head," he says. The Last Jedi is the first of four Star Wars movies he's slated to work on. 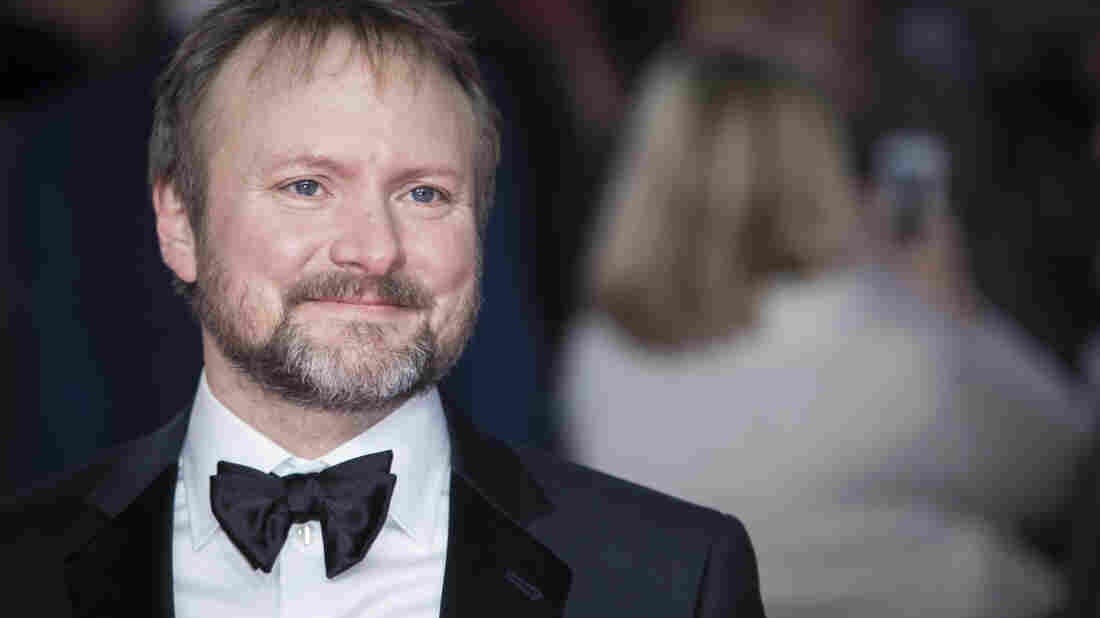 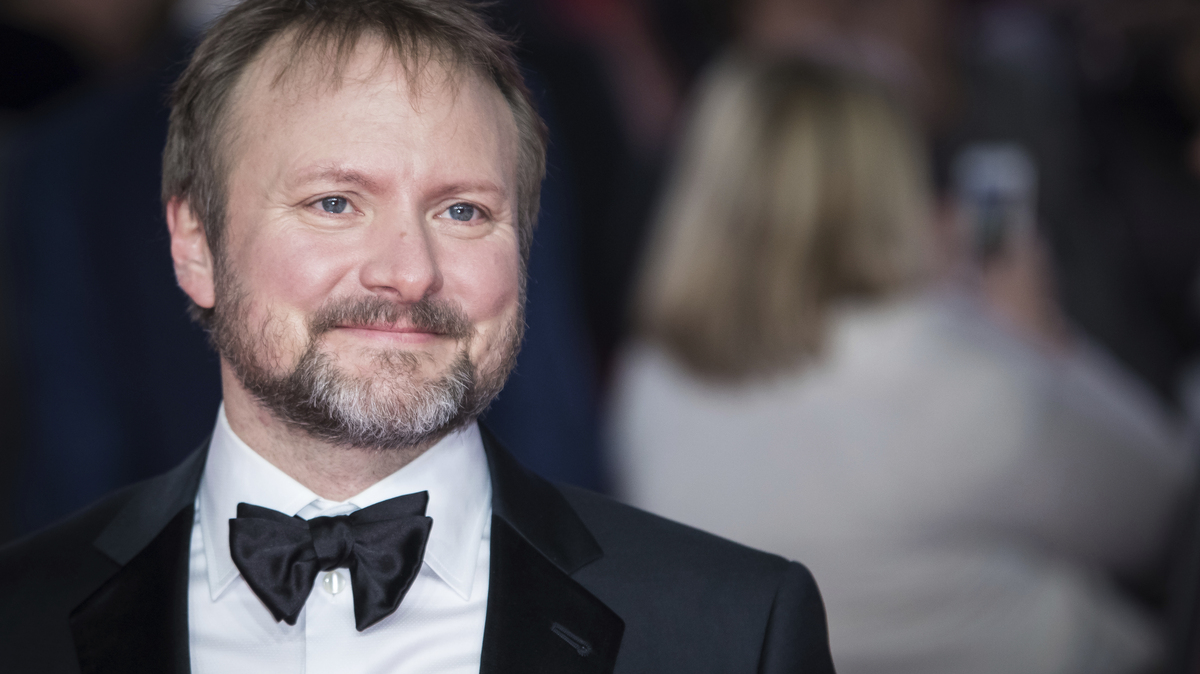 The Last Jedi — the newest chapter in the Star Wars saga — marks the return of actors Mark Hamill, Daisy Ridley, Adam Driver and the late Carrie Fisher to their Force Awakens characters. The space opera was written and directed by Rian Johnson, who's also set to work on the next Star Wars trilogy.

Johnson has been a Star Wars fan since he was a little boy in Denver, playing with his action figures.

"My mom surprised me and got me a Jawa," he recalls. "I wanted a Jawa, and she got it for me. But then you always end up losing the main characters, and you're left with like Hammerhead and like the walrus man; with the weird droid whose name you don't know, who's missing a leg. Those were the first movies I was making in my head."

Kathleen Kennedy: From Standing In Line For 'Star Wars' To Producing It Herself

The 43-year-old filmmaker says his favorite character was Luke Skywalker.

"Han Solo was cool, but I was not cool growing up," Johnson says. "So I identified with this kid who feels like he's in the middle of nowhere and disconnected from everything. It gets back to that thing of what these movies really appeal to: the idea of there's this big adventure that's out there that you can jump into, and it's scary, but it's going to be OK and it's fun."

For Johnson, that meant everything from making home movies, to singing "Weird Al" Yankovic's parody "Yoda" during the 2012 Fantastic Fest, to goofing around with actors on location for The Last Jedi.

"There were so many unexpected elements, which is great in a Star Wars film," Hamill said. "Cause it's harder and harder to bring new things to the table. And this is a real game changer."

The film is also a tribute to Carrie Fisher, who died suddenly last year after shooting her scenes as Princess Leia Organa Solo, now a general of the resistance. Johnson says he bonded with Fisher as a fellow writer.

"She loved words, and she gave a beautiful performance," he says. "Now that she's gone, sadly, there's a whole other context to the performance." 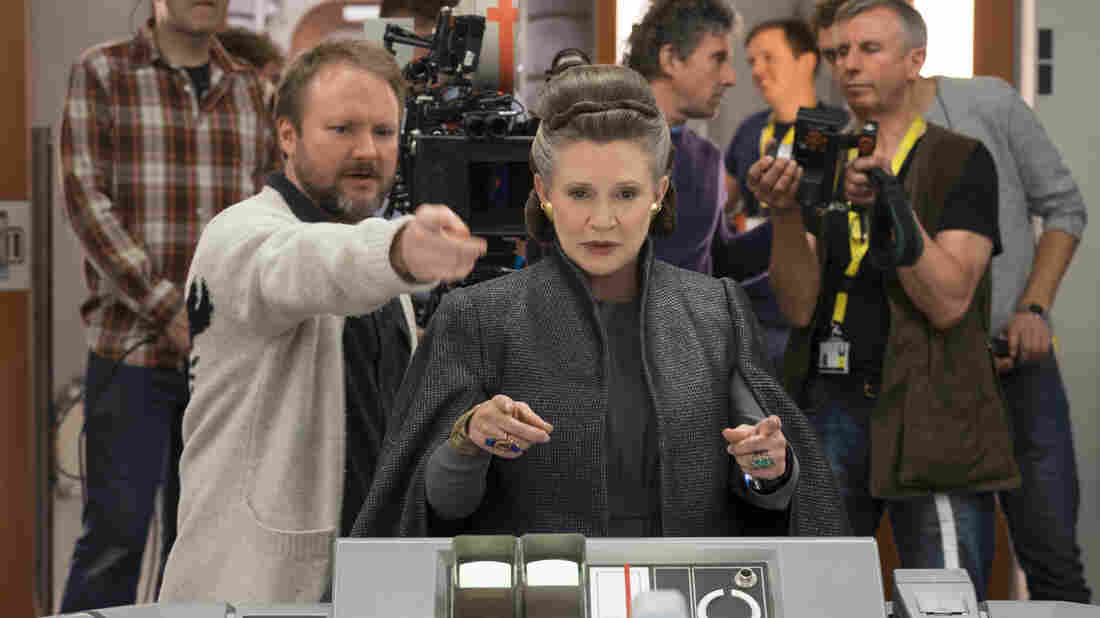 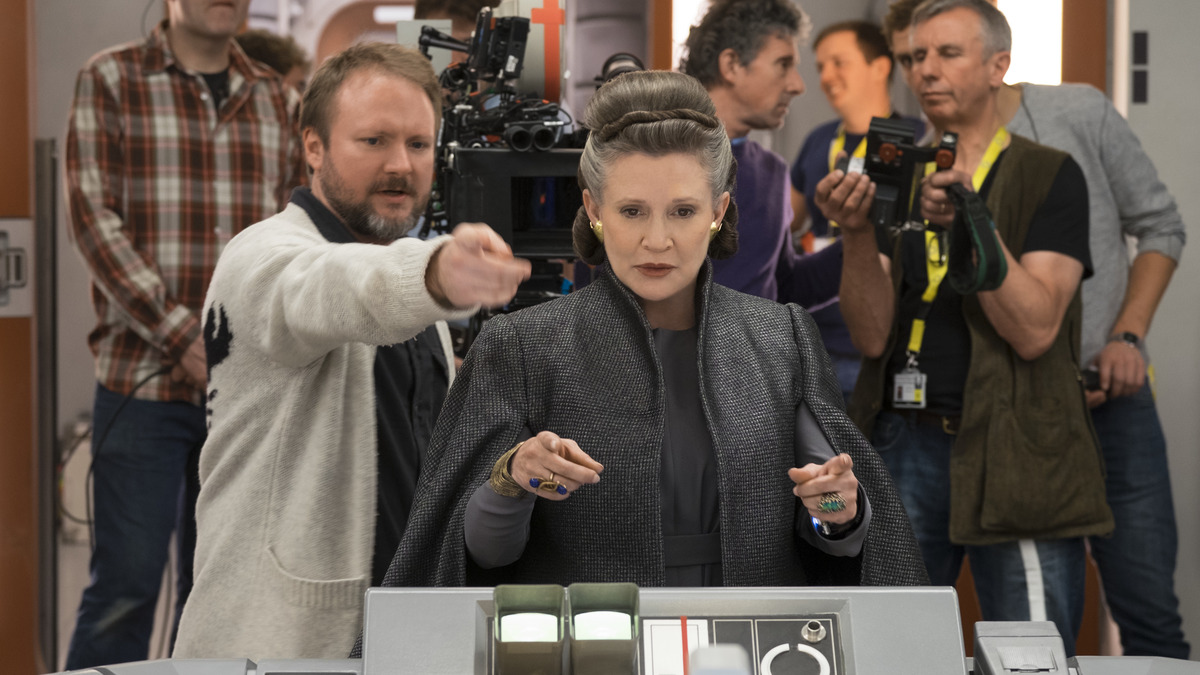 Rian Johnson directs the late Carrie Fisher on the set of Star Wars: The Last Jedi.

In an official behind-the scenes video, Fisher was less feisty and more pensive when describing The Last Jedi. "It's about family," she said. "And that's what's so powerful about it."

The newest member of that family is actress Kelly Marie Tran, who plays Rose Tico, a maintenance worker turned rebel hero. On the red carpet at the L.A. premiere, Tran was ecstatic about how Johnson plucked her from obscurity to be in the film.

"He was so welcoming and collaborative and open and hilarious," she said, adding that she and Johnson would often sing from the Hamilton soundtrack between takes. "He has this sort of child-like wonder that not many people have. Anybody who gets to work with him is just the luckiest. "

On that same red carpet, Adam Driver, who plays Ben Solo (aka the dark warrior Kylo Ren), praised Johnson's storytelling. "There's so many things he has to pick up from The Force Awakens," Driver told NPR. "But at the heart of it, it's a character-driven movie, and he doesn't sacrifice spectacle for story."

Johnson grew up making Super 8 and video movies with his younger brothers, sisters and cousins. He also sang in a folk duo called The Preserves with one of those cousins, Nathan Johnson, who's composed the music for most of Rian Johnson's movies.

As a film student at the University of Southern California in the 1990s, Johnson began collaborating with cinematographer Steve Yedlin. Together, they made films like The Psychology of Dream Analysis and Evil Demon Golfball from Hell!!!

After film school, Johnson worked as an assistant editor and post production runner, and he produced promos for the Disney Channel. For a decade, he also worked on his first feature, Brick, a high school detective movie. It starred Joseph Gordon-Levitt, was shot by Steve Yedlin and was produced by Ram Bergman.

Bergman says they shot Brick for around $350,000, and filmed it at Johnson's old high school in San Clemente, Calif. "I'm there from the first day that [Johnson] starts thinking about it, all the way until we deliver the movie," he recalls. "I'm there to support him. We're partners."

Johnson says Brick was "a weird little detective movie. And Ram was the reason I felt comfortable taking money from family and loved ones in order to make it. I thought, 'Well, if Ram is running things, we'll actually have a movie when we come out the other end of it all.' "

Bergman went on to produce all of Johnson's features: Looper, The Brothers Bloom and now Star Wars: The Last Jedi. Johnson has also used the same cinematographer, Steve Yedlin, and editor, Bob Ducsay, for most of his films.

That loyalty extends to his actors: Gordon-Levitt and Noah Segan have acted in all of Johnson's features — they even have bit parts in The Last Jedi. Segan and Johnson are also best friends. The actor says Johnson has a through-line in all of his movies. "He has a tendency to be unafraid to allow his heroes to be vulnerable in heroic moments, and it started in Brick."

You can see that vulnerability in the three episodes Johnson directed for the AMC series Breaking Bad. Bryan Cranston earned an Emmy for his performance in one of those episodes, "Ozymandias," which some critics have called the greatest hour of television.

Cranston says, "Rian has that ability to be able to find the core, and then put veneer over it, so that an audience senses something's deeper about that character or the plot, and then you slowly reveal it to show the audience what they inherently thought it was going to be — or surprise them with a justifiable twist and catches them off guard. That's beautiful narrative when you can do that."

Cranston says it makes sense that Johnson was chosen to write and direct Star Wars, because of his ability to create both intimate, almost theater-like scenes and cinematic, galactic battles.

"For a storyteller, playing with the action figures was a precursor to blocking," Cranston says. "He may not have even realized that himself, but that's exactly what he was working on when he was a little nerd boy in middle school."

Johnson still laments that his original Star Wars figures were lost or destroyed long, long ago. "The toy I always wanted was the AT-AT, the walker."

Then, a week before The Last Jedi opened, fans from The Star Wars Show made little Rian Johnson's dream come true.

"They found me a vintage walker toy and they gave it to me," he says, adding that it now sits in his office on top of an old video game computer monitor. "I got it home and I tore it out of the box and set it up, and it's so cool. It took 30 years and making a Star Wars movie to do it, but I finally got my walker — nerrrrd."

After handing the baton back to director J.J. Abrams for the final episode in this trilogy, Johnson will soon begin plotting new Star Wars stories for the next.