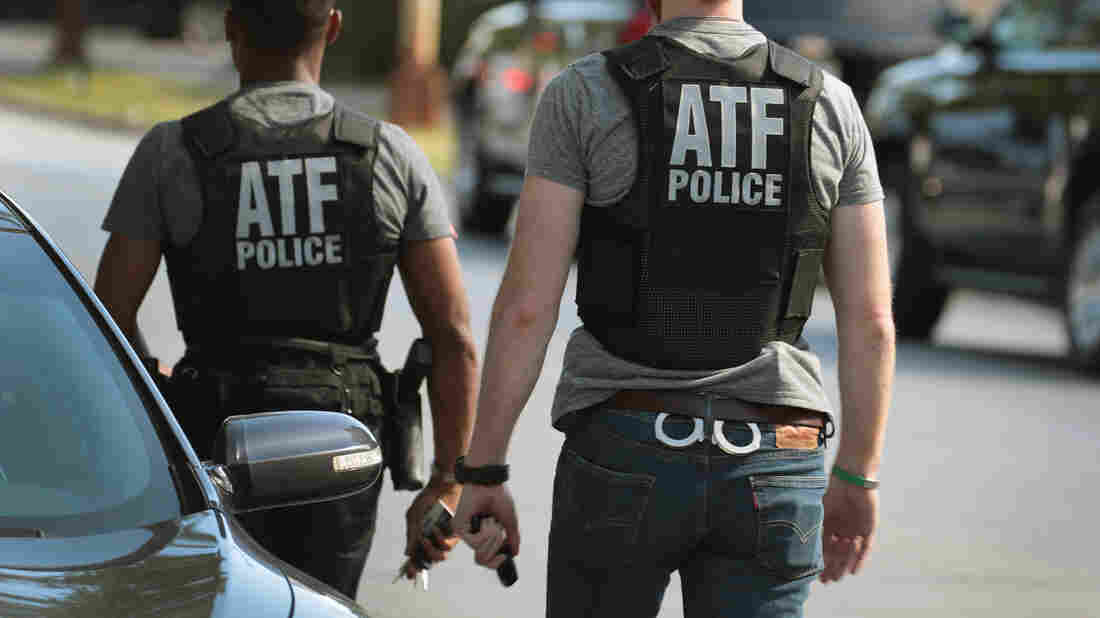 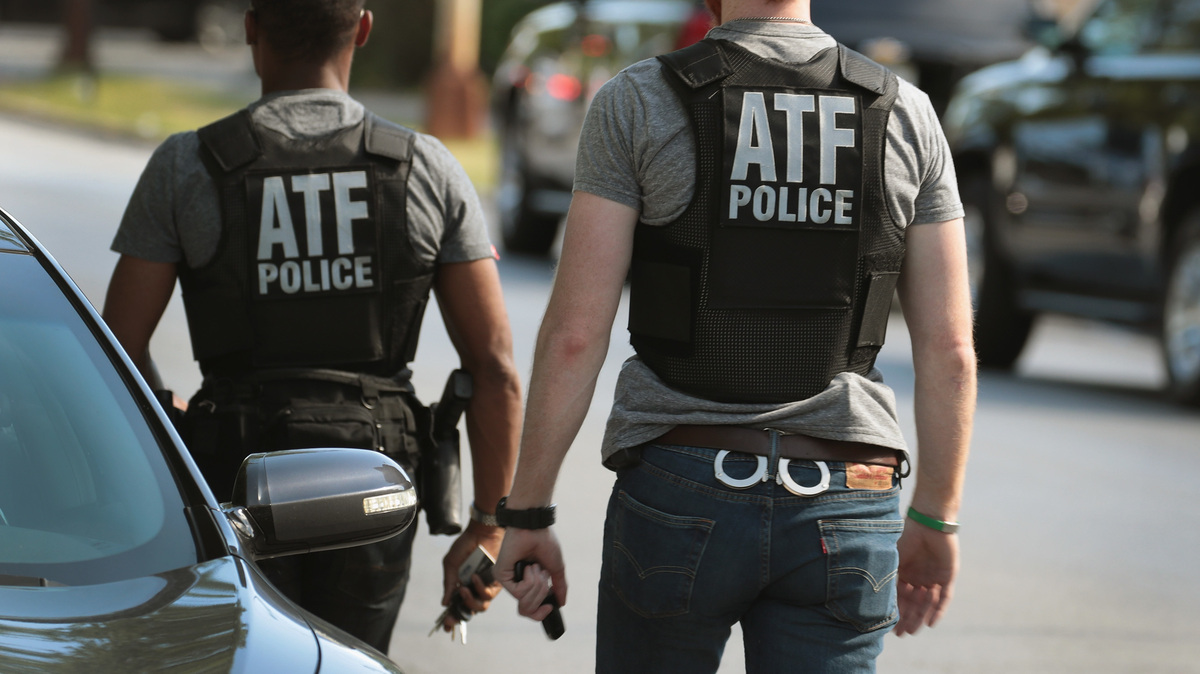 ATF police in June in Chicago.

On Friday, nine federal judges in Chicago will continue a rare joint hearing to decide whether discrimination is the reason why U.S. Bureau of Alcohol, Tobacco, Firearms and Explosives agents stage phony drug stash house stings in mostly black neighborhoods in Chicago.

The judges decided to get together instead of hearing 12 cases they were overseeing separately.

One attorney says while he's never seen anything like the judges' panel before, the phony drug stash house sting operation aimed at suspects is not new.

"I come to you as an ATF undercover agent or a confidential informant and I say, 'Here's this house which has a lot of drugs in it and boy you can get a lot of these drugs but you need to get guns and you need to get guys together to go rob the house,'" Chicago Kent Law professor and practicing attorney Richard Kling said outside the courtroom on Thursday.

The drug stash house doesn't exist, however, and the suspects — some with only minor criminal backgrounds — who get caught up in the sting end up charged and convicted of armed robbery and other crimes. Defense attorneys are arguing racial bias and want the indictments of more than 40 defendants tossed. During the hearing, some of the people caught in these stings are watching the proceedings from the courtroom jury box.

David Flowers, an African-American who was charged along with his brother, says the ATF definitely lures people in the city's black neighborhoods.

"I think they can get into any community they want to, if they chose to," he says, "but because it was so easy in the urban community, that's where they stayed."

It's easy, Flowers says, because agents dangle the prospect of an opportunity to poor often desperate individuals to pocket thousands of dollars.

But, the government's expert witness, Northwestern University Law Schools' Max Schanzenbach, has a different interpretation of Fagan's study. Calling the data faulty and overly broad, he says its designed to show racial disparity when there is none.

The judges may issue separate rulings or a single one sometime early next year.