Accessibility links
Caribbean Island Of Anguilla Bounces Back After Intense Hurricane Season Nineteen-year-old broadcaster Nisha Dupuis says Anguilla has made great progress towards a full recovery from Hurricane Irma. Eighty-seven percent of the island's power has been restored.

Caribbean Island Of Anguilla Bounces Back After Intense Hurricane Season

Caribbean Island Of Anguilla Bounces Back After Intense Hurricane Season 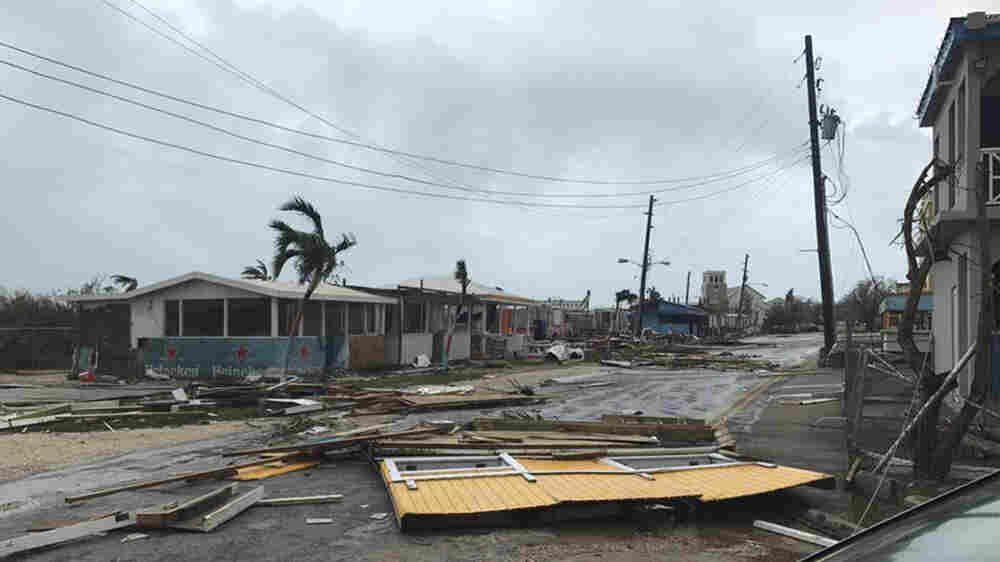 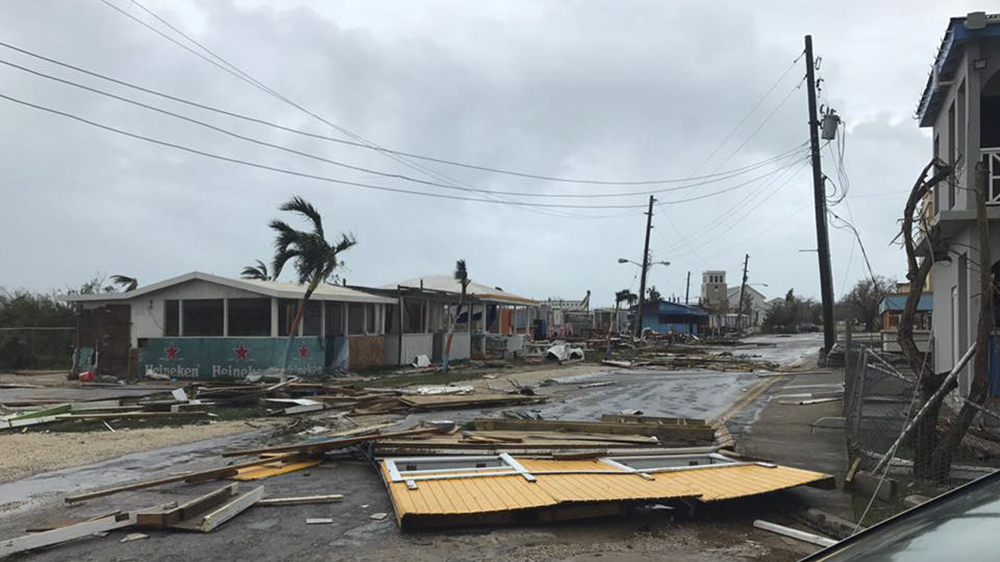 Hurricane Irma significantly damaged nearly 90 percent of government buildings and the island's electricity infrastructure. Now 87 percent of the island's power has been restored.

When Hurricane Irma swept across the Caribbean in September inflicting catastrophic damage to several islands, a 19-year-old radio reporter in Anguilla continued to broadcast during the worst of the Category 5 storm.

Nisha Dupuis recounted the experience to Here & Now's Robin Young a few days after the broadcast. She stayed on the air and tried to reassure Radio Anguilla listeners during the hurricane as storm shutters covering the station building flapped in the background.

Young checked back in with Dupuis this week, who says Anguilla has made significant progress towards a full recovery.

"The people of Anguilla have proven to be quite resilient after Hurricane Irma," Dupuis says. "Our restoration is still ongoing, but for the most part, you can see that the island is looking up. We do operate on a single economy --tourism being our main source of income — and we were able to reopen for this tourist season."

Irma "substantially damaged" nearly 90 percent of government buildings and the island's electricity infrastructure, according to the International Organization for Migration. The Anguilla electricity company said on its Facebook page that 87 percent of power has been restored on the island, and the utility expects remaining areas to be restored in the next three to five days.

"We had stellar visitor growth through August, up 21 percent from the U.S. alone, and we were on track for a record year until Sept. 6 kicked in everything — windows, doors, roofs, homes, electricity, roads, businesses, hotels," he said in October.

Nearly 30 small hotels, apartments and guesthouses have reopened or are planning to reopen for the holiday season, while the island's major resorts, including Belmond Cap Juluca and the Four Seasons, plan to reopen sometime next year.

Since the hotel industry is a main driver of Anguilla's economy, Dupuis says many people have had to leave to find jobs.

"With the major hotels not opening up until perhaps sometime next year, a lot of people because of unemployment have of course had to seek jobs perhaps in the U.K. or elsewhere," she says. "We're hopeful that by next year when the most of the reconstruction starts to happen that a lot of people will of course come back home."

The U.K. government recently approved a $93 million aid package for its Caribbean territories, with the majority of that money going to Anguilla to repair the ferry terminal to St. Martin and other infrastructure, Dupuis says. The U.K. had faced criticism for its slow response to the disaster.

"Our main challenge is to get our people through the next six months," Connor said after the storm. "Our annual budget is $200 million. The damage from Irma is more than that."

Recovery across the Caribbean has been scattered, as several islands bore the brunt of both Hurricane Irma and Maria. In Puerto Rico, more than 150,000 people have left the island for the mainland U.S. after Maria knocked out the country's fragile power grid. Sixty-four percent of electricity has been restored as of Friday, according to data on a website run by the island's government.

On the U.S. Virgin Islands, 59 percent of electricity is restored, and the Virgin Islands Water and Power Authority expect that number to rise to 90 percent by Christmas.

The sister islands of Antigua and Barbuda represent opposite ends of the spectrum. More than 90 percent of Barbuda's buildings were destroyed and the majority of residents have not returned. Meanwhile, Antigua suffered minimal damage and its airport and hotels reopened days after the storm.

In Anguilla, Dupuis says "people are saying that this is by far the worst hurricane that they've ever experienced." She told Young in September that shortly after the hurricane, the calls she received from listeners stayed in her mind.

"I was terrified. To be honest, when it really sank in for me is the 9-1-1 calls that we were getting because we were also relaying information to the Department of Disaster Management," she said. "This one man — I'll never forget what it sounded like speaking to him — he had a baby in the room, and his shutters were being blown out, and it's like, 'What do we do next?' "