Accessibility links
GOP Releases Final Tax Bill As Rubio, Corker Boost Path To Christmas Passage The two Republican senators had been holdouts, but now the bill appears on track for passage next week. 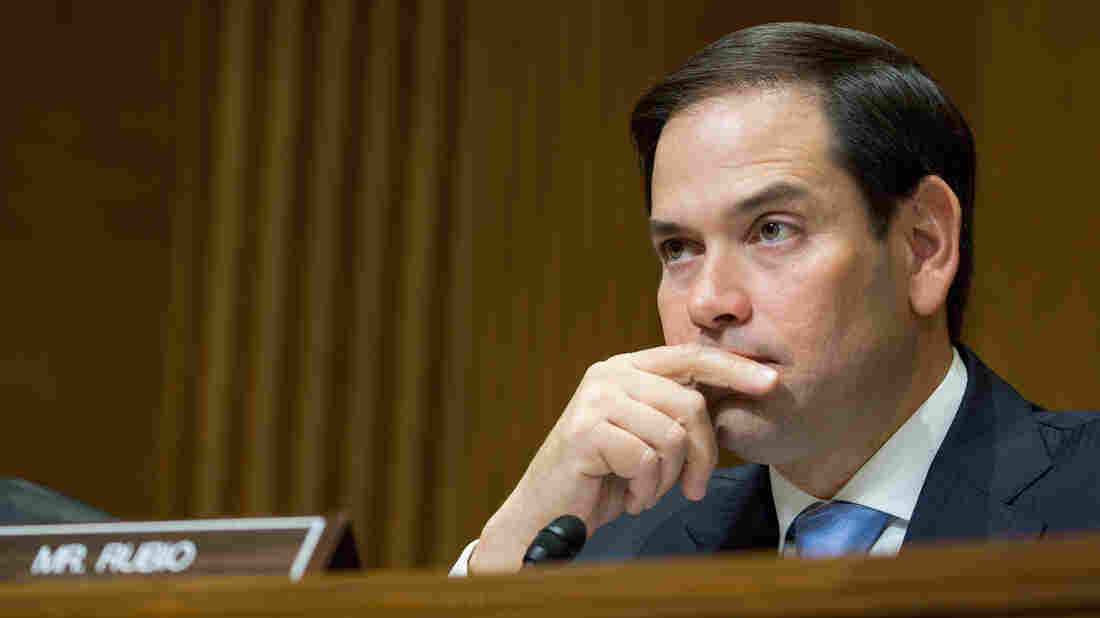 Florida Republican Sen. Marco Rubio, shown in July, had threatened a "no" vote on the bill because he wanted a more generous child tax credit for working families. He said Friday he will vote for the measure. Tasos Katopodis/Getty Images for Kelly Craft hide caption 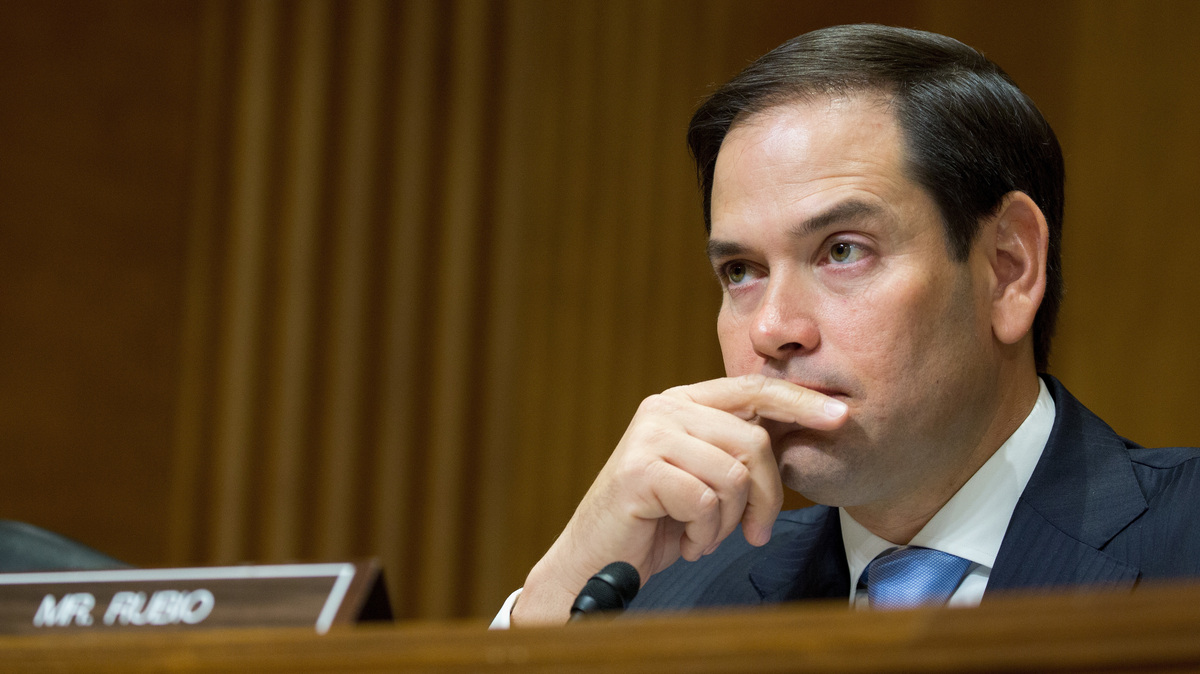 Florida Republican Sen. Marco Rubio, shown in July, had threatened a "no" vote on the bill because he wanted a more generous child tax credit for working families. He said Friday he will vote for the measure.

Congressional Republicans released a final draft of their tax bill Friday. With newfound support from two wavering senators, lawmakers appear to be on track to pass the measure and deliver it to President Trump for his signature by Christmas.

Votes in the House and Senate are expected next week.

"I know everyone's lives will be better off under tax reform," said Rep. Kevin Brady, R-Texas, who played a lead role in crafting the bill as chairman of the House Ways and Means Committee.

A potential stumbling block for the bill was removed earlier Friday when Sen. Marco Rubio, R-Fla., announced he would support the measure. Rubio had threatened to vote "no" on the bill, to win a more generous child tax credit for working families.

Corker was the only Republican to vote against the Senate version of the tax bill. He said he changed his mind after "great thought and consideration," despite lingering concern that the bill will increase the federal debt.

"I believe that this once-in-a-generation opportunity to make U.S. businesses domestically more productive and internationally more competitive is one we should not miss," Corker said in a statement.

The bill would sharply reduce the corporate tax rate from 35 to 21 percent, potentially boosting jobs and wages. The measure also temporarily reduces individual tax rates, doubles the standard deduction and offers a reduced tax for so-called pass-through businesses such as partnerships.

While the corporate tax cuts in the bill are permanent, the individual cuts are set to expire in 2025.

The tax cuts are expected to take a big bite out of government revenue. Even after accounting for somewhat faster economic growth, congressional forecasters say the measure will add about $1 trillion to the federal debt over the next decade.

The Myth Of Trump's Economic Populism, As Proved By The Tax Bill

Congressional Democrats are united in their opposition to the tax bill. They argue that it's overly tilted to the rich, with the bulk of the savings going to the top 1 percent of the income ladder by 2027.

"The country has been watching and protesting with anger as Republicans are now days away from passing their backdoor deal that digs into the pockets of the middle class to pay for massive tax breaks for multinational corporations," said Sen. Ron Wyden, D-Ore., the ranking Democrat on the Senate Finance Committee.

In negotiations between the House and Senate, lawmakers agreed to a slightly higher corporate tax rate than Republicans initially wanted: 21 percent instead of 20 percent. They also lowered the top individual tax rate to 37 percent.

Cuts to that top rate frustrated Rubio, who argued lawmakers were again favoring the wealthy at the expense of working parents.

"For far too long, Washington has ignored and left behind the American working class," Rubio tweeted.

For far too long, Washington has ignored and left behind the American working class. Increasing the refundability of the Child Tax Credit from 55% to 70% is a solid step toward broader reforms which are both Pro-Growth and Pro-Worker.

After he threatened to withhold his support for the bill, colleagues agreed to sweeten the child tax credit, which Rubio called "a solid step towards broader reforms which are both Pro-Growth and Pro-Worker."

Other compromises allow future homeowners to deduct the interest on mortgages of up to $750,000, down from $1 million under current law. The House bill would have set a lower cap of $500,000 and excluded mortgages on second homes. Families will also be allowed to deduct up to $10,000 of state and local taxes, including property tax and a choice of either sales or income tax. 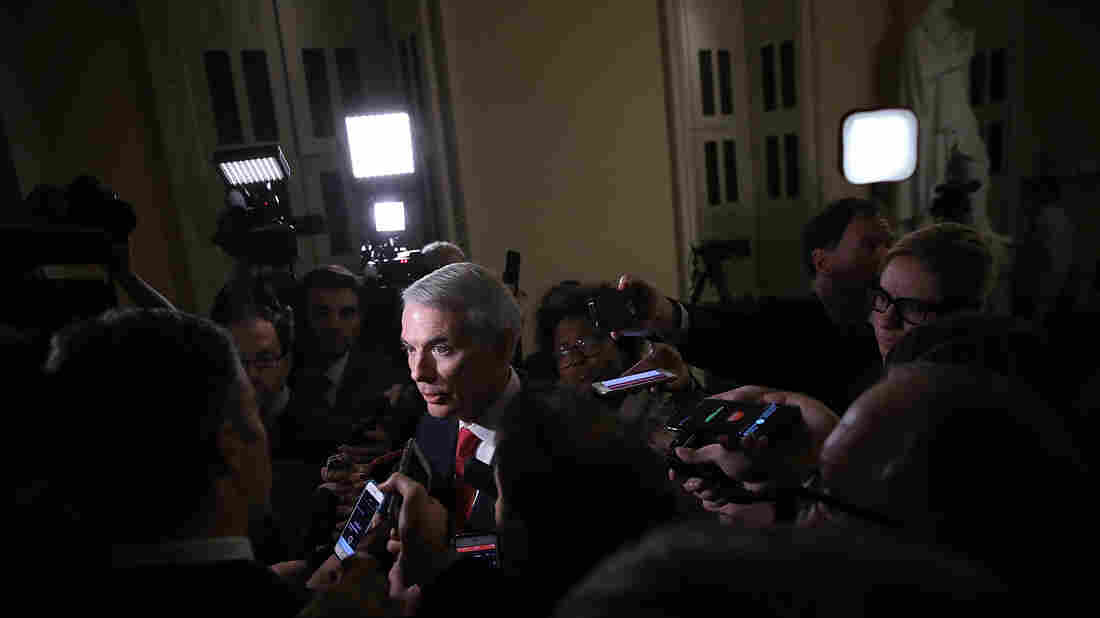 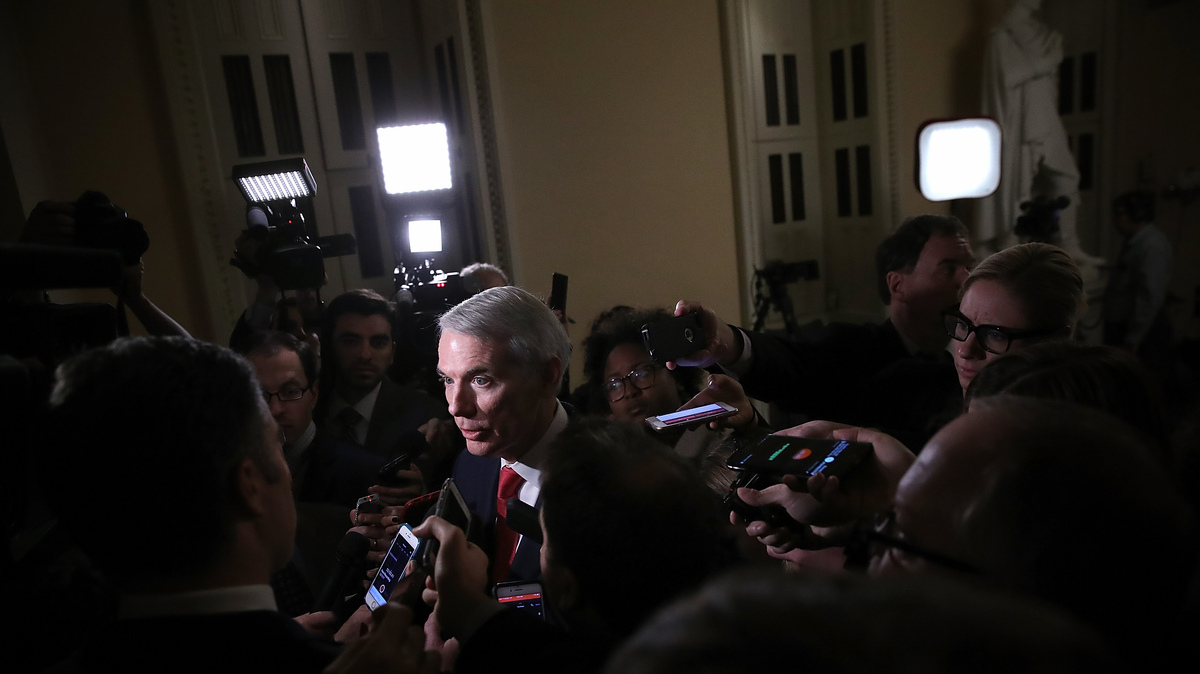 Owners of pass-through businesses will be allowed to deduct up to 20 percent of their profits, reducing their effective tax rate to no more than 29.6 percent.

Both the House and Senate bills originally offered a bigger break for pass-through businesses. Lawmakers have been tweaking this and other provisions to keep the 10-year price tag of the bill below $1.5 trillion — the maximum allowed under Senate budget rules.

The bill repeals the alternative minimum tax for corporations and raises the income threshold at which individuals would face the AMT.

The measure doubles to $11 million ($22 million for couples) the value of estates that can be passed on to heirs tax-free.

Beginning in 2019, the measure eliminates the tax penalty for people who don't have health insurance — one of the most unpopular features of the Affordable Care Act. Without that tax penalty, congressional forecasters estimate that 13 million more Americans will go without insurance, and premiums on the individual Obamacare market will increase by an average of 10 percent.