Accessibility links
From Uptalk To Downtown 'New Yawk,' Robert Siegel Explored How We Speak The longtime All Things Considered host describes how being a New Yorker, and his parents' experiences as first-generation English speakers, helped shape his interest in language and voice. 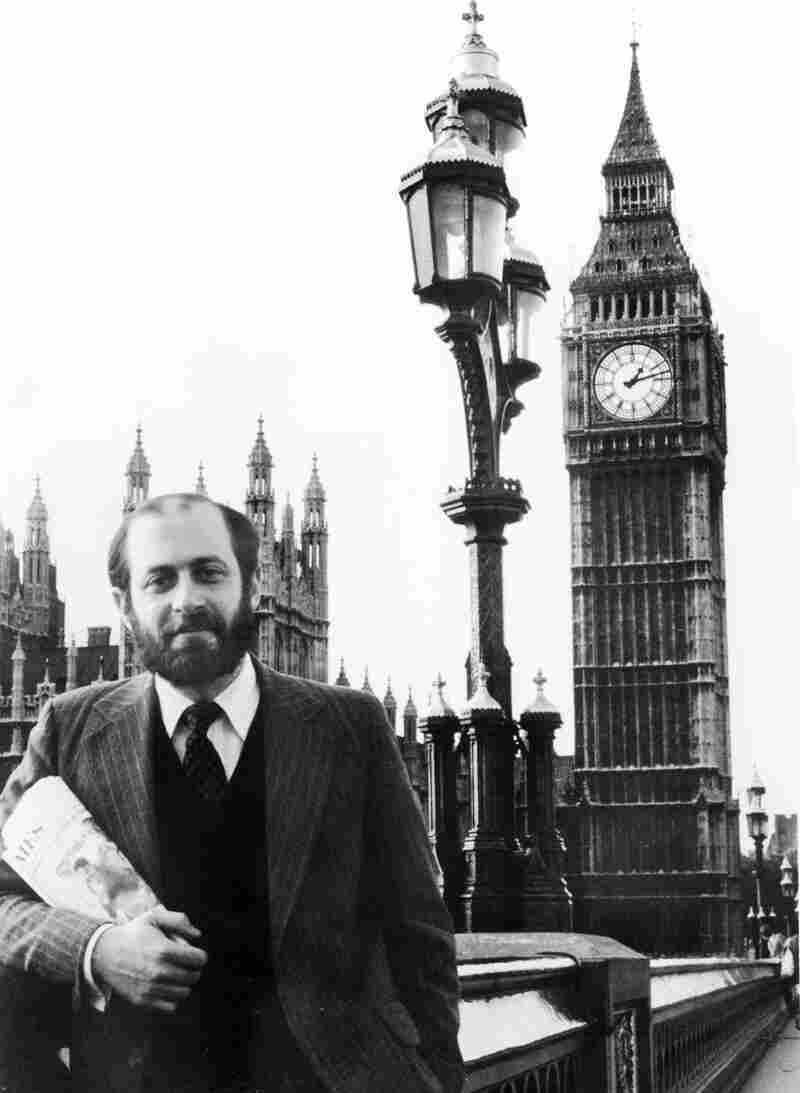 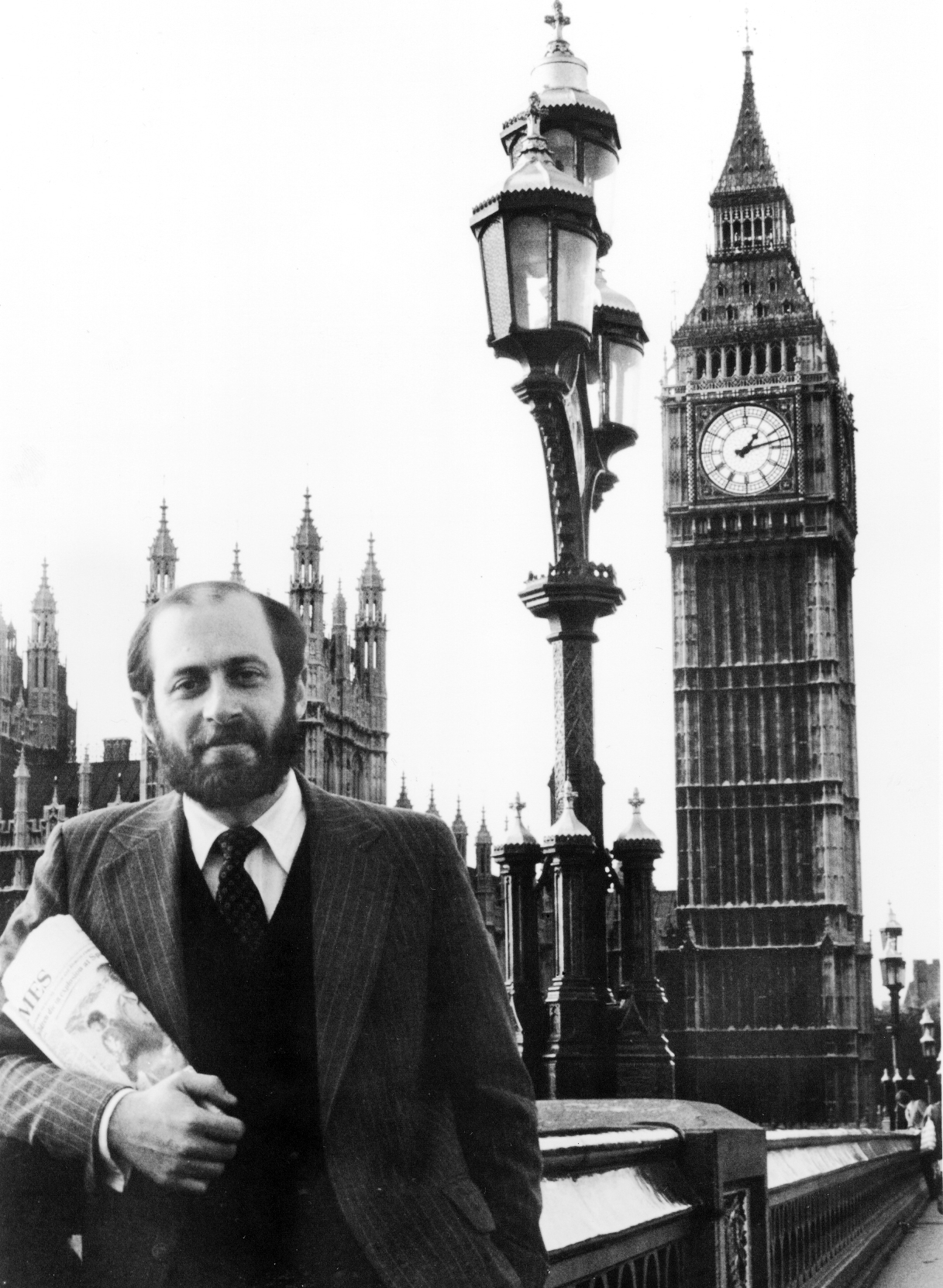 Robert Siegel opened NPR's first overseas bureau in London. He was posted there from 1979 to 1983.

For 30 years, Robert Siegel has pretty much been the voice of All Things Considered. He steps down from the host chair on Jan. 5.

During his career, one of the recurrent themes of his reporting has been language — and how we speak.

Back in 1993, he reported on what he heard as something new in speech.

"I heard it mostly from young women, but it was spreading among men, too: the phenomenon of making statements that sound like questions, a rising intonation," he tells All Things Considered co-host Audie Cornish.

For that story, Siegel went to a local high school and talked with a group of nine students without telling them what the specific story angle was. None of the five boys used the rising intonation. Of the four girls — bright, articulate, self-assured — the speech of three of them was peppered with what is now known as uptalk.

The Rise Of Rising Intonation, Aka Uptalk (1993)

"The best explanation that I heard of what was happening to American speech was that it was a deferential intonation," Siegel says. "A rising intonation — or uptalking — implied, 'I'm not insisting on this, I'm just proposing it.'"

Many years later, the subject came up again during an interview with actress Lake Bell about her movie about voiceover artists, In A World.

Over the years, Siegel has talked to a voice coach who trains rock stars how to scream without shredding their vocal cords, examined Sarah Palin's accent when she became John McCain's running mate in 2008, and earlier this year did a story about President Trump's speech and vocabulary.

Siegel traces his interest in speech back to his parents.

"I grew up in New York City. My parents were first-generation English speakers, their parents spoke Yiddish," he says. "They were both college graduates and speech was very important to them."

As the linguist William Labov told Siegel in 1999 for a story about New York speech, New York City is the rare place that stigmatizes its own accent.

And that was true in the Siegel household. Joseph Siegel, Robert's father, was a public high school teacher.

"In applying to be become a department chair, as he explained to me many years later, he'd been failed on his speech test," Robert Siegel says. "The thing you weren't supposed to sound like in the New York City public school system was a New Yorker."

The elder Siegel had to retake the entire exam, and his son recalls seeing his father using an old reel-to-reel tape recorder, "practicing diphthongs and recording and listening back, to advance in the school system, which he eventually did."

"For my parents, good speech was a mark of being educated," Siegel says. "And a mark of also being American."

Early in his career at NPR, Siegel worked in London for four years, beginning in 1979, and would communicate with his parents by tape cassette — he would record himself, his wife and two young daughters and mail the tapes back to New York; his parents would record themselves and send those cassettes to London.

Here's one of those recordings.

"I came to realize that my parents sounded a lot more like me than like their parents," Siegel says. "Of my four grandparents, only one went to night school, straight off the boat, to learn how to read and write English."

"And I think speech is a big part of the immigrant family experience, it's about changing language or changing accent."

One of Siegel's favorite recordings of accents also comes from the London era. It's of two little girls, one who is 7 years old and the other is about 4.

Those girls are Erica and Leah, Siegel's two daughters. Unlike their grandparents, Erica and Leah's accents didn't reflect their parents, but rather classmates in London.

"If you listen closely, you'll hear that Leah, the younger one, has a more working class accent than Erica because we ran out of money for the fancy nursery school," Siegel says. "She dropped about half the letters in the alphabet."

After all these years, Siegel says he thinks he still sounds like "a New Yorker of a particular stripe."

And, during an interview with Tom Waits, he realized something else, too. When Siegel asked Waits about his distinctive voice, the singer-songwriter turned the table and asked his interviewer: "What about yours?"

"What I realized is, that when I was young, I wanted to sound older," Siegel says. "Now that I'm older, I don't mind sounding a little younger."

Art Silverman and Melissa Gray produced and edited the audio story. NPR RAD researchers Julie Rogers and Brin Winterbottom contributed, and Maureen Pao adapted it for the Web from a script written by Robert Siegel.