Accessibility links
How To Define Sexual Harassment The past few months of sexual harassment scandals are making some workers question whether unspoken rules in the workplace are changing. 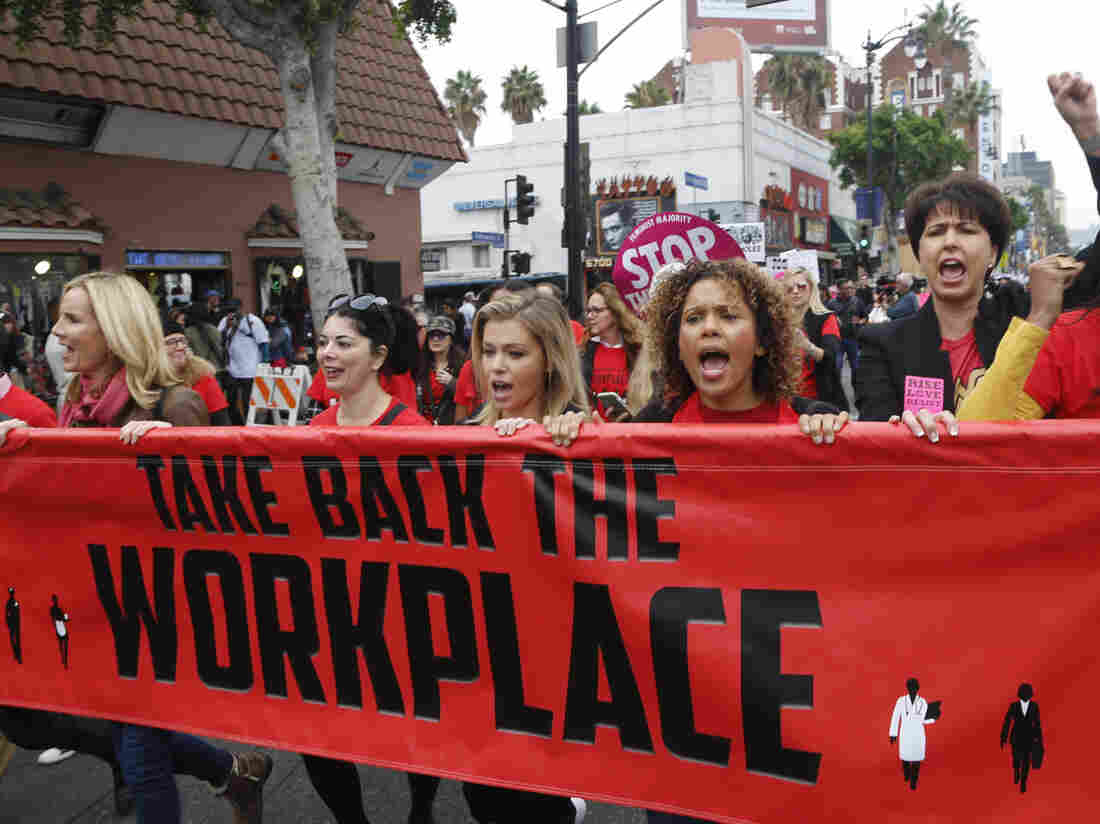 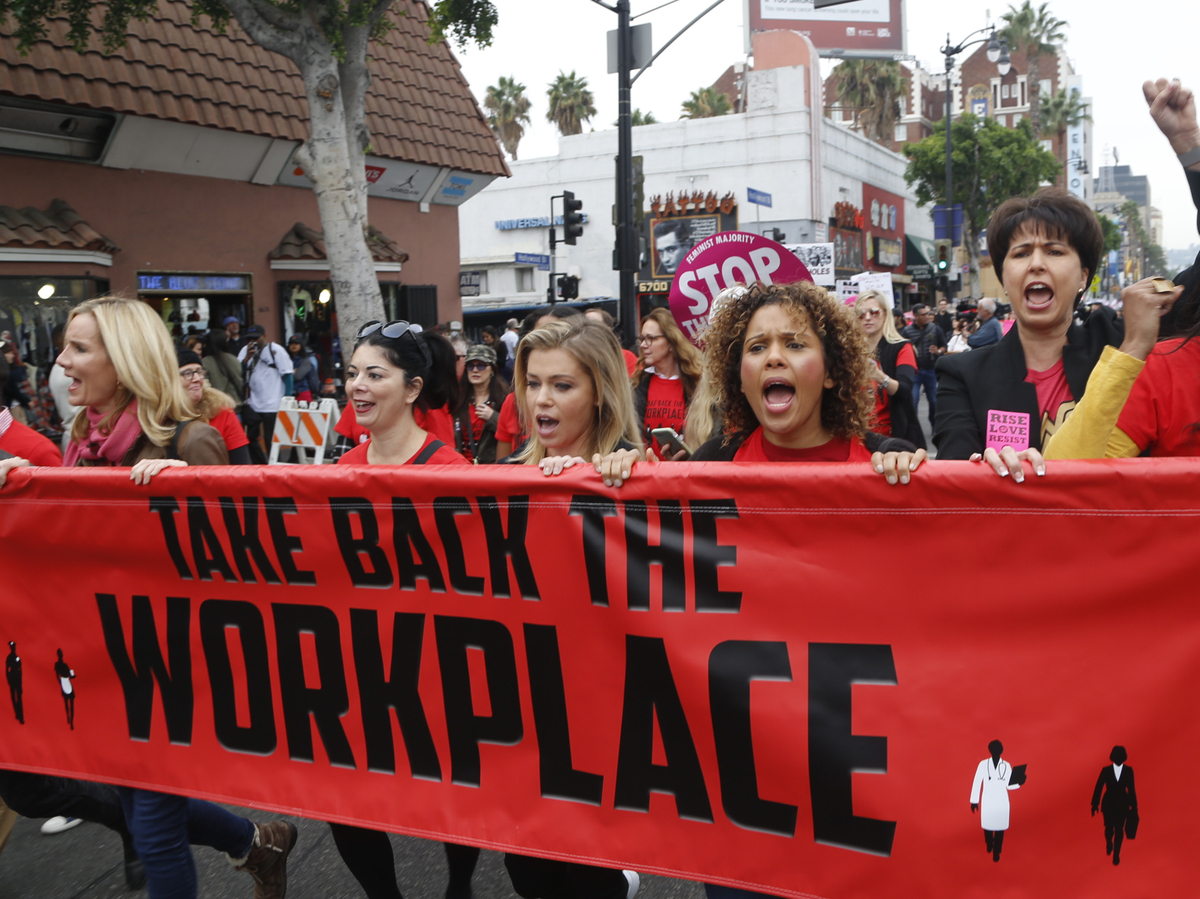 Participants march against sexual assault and harassment at the #MeToo March in the Hollywood section of Los Angeles last month.

The sexual harassment scandals over the past couple of months are causing some workers to rethink some of their office behaviors. Is it still OK to compliment a colleague on the way he or she looks? What about a congratulatory hug? Acceptable, or too risky in this new environment?

At a recent office meeting, Bela Gandhi received a compliment from a man who told her, "you look great." Moments later, the man paused, reconsidered his comment, then wondered aloud whether Gandhi found it inappropriately sexual.

"He just said, 'I don't really know — sometimes I wonder, what's the line on that?' " says Gandhi, president of Smart Dating Academy in Chicago, which coaches people on romance. She told him that compliments — so long as they are delivered with the right tone — are welcome. She reassured him that he is not alone in grappling with these questions.

Holiday Parties Gone Wrong: Careful Where You Hang The Mistletoe

"I think people are really confused, and I think especially men," she says, most of whom know to steer far clear of forcible kissing or grabbing. However, some recent cases involve men being investigated for behavior that is less egregious but that nevertheless made colleagues feel uncomfortable — and Gandhi says that is adding to the sense among men that the office is fraught with risk these days.

Several organizations, including NPR, have fired or suspended male executives who've been accused of harassment.

Gandhi says her guidance hasn't changed because of recent news: Be respectful and gauge whether interest is reciprocal. Asking someone on a date is OK, but do not persist, and stay within the bounds of office policy.

These types of discussions, she says, are long overdue.

"I'm very optimistic that men and women in positions of power will understand the power that they wield and be far more careful with what they think, say and do," Gandhi says.

"They understand sexual harassment is not allowed, and that it's wrong," she says, "but no one has taught them what that is." Often, until they find themselves in questionable situations, they don't realize how much the devil is in the details. "What does that mean? The end of all workplace relationships? No personal comments? That's the problem: Nobody quite knows that line," Russell says.

On a recent weekend, Thomas Santangelo, 28, was discussing sexual harassment in a New York City café with his friend. Santangelo works as an actor and in the food-service industry, both places he says harassment is so commonplace that it's universal. These days, he says, things feel a little different.

Santangelo's friend, Chris Demeo, works in a marketing firm and says there are big exceptions to that.

"When it's all the guys in the office, they're a little bit more free in how they talk about sexual politics and women and things like that," he says. "It makes me a little uncomfortable sometimes, but I'm the most junior person, (so) I don't speak up."

James Vagnini, a New York employment attorney, says he is getting more calls about sexual harassment these days. But some calls also have to do with soured office romances and claims of retaliation. Vagnini tells managers they should know about relationships at work involving people they supervise.

He also worries about a backlash because victims of harassment who speak out are often mislabeled as troublemakers. "I see it every day. The response to this is to turn around and just hire a bunch of men and that way you don't have to worry about those risks, and that's just as illegal," he says.