Accessibility links
Week Ahead: Trump Might Get His Tax Bill, But That Might Be It Until After 2018 Republicans in Congress are likely to pass their tax bill this week, raising questions about House Speaker Paul Ryan's future and what, if anything, will happen next year 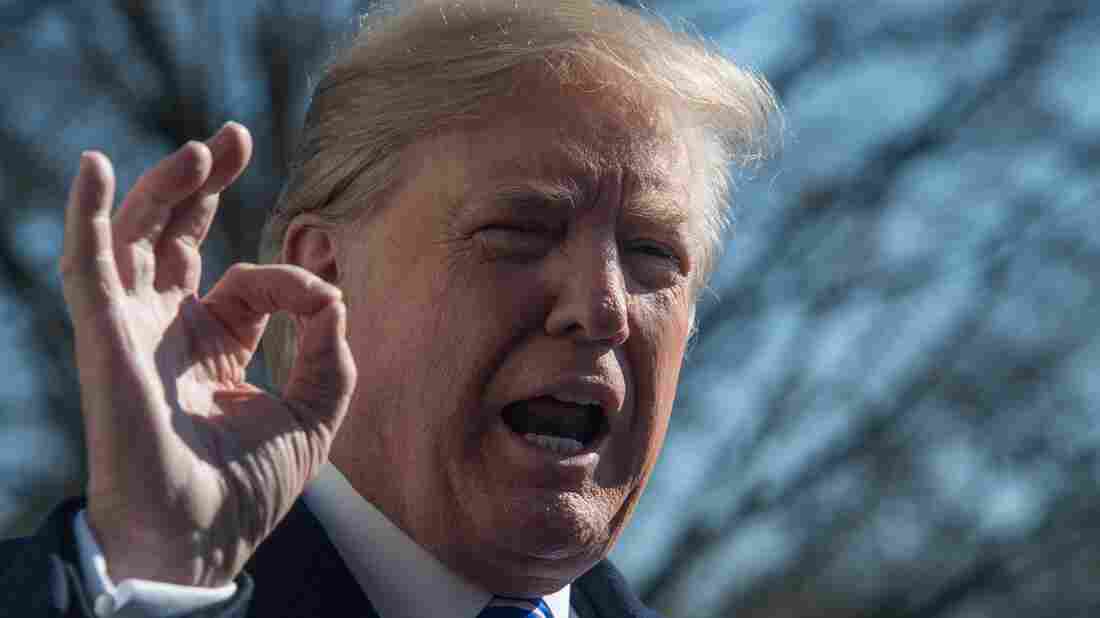 President Trump speaks to the press at the White House in Washington Saturday before departing for Camp David. Nicholas Kamm/AFP/Getty Images hide caption 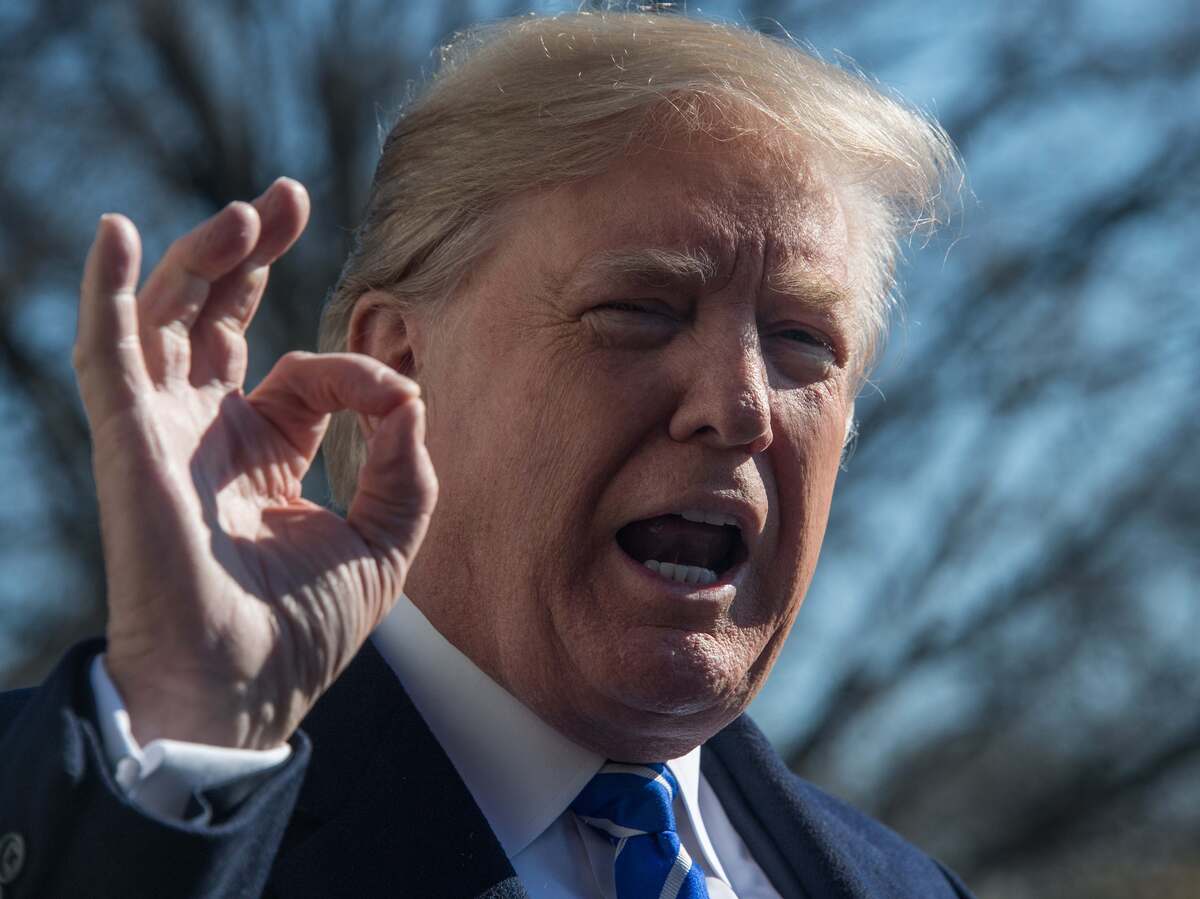 President Trump speaks to the press at the White House in Washington Saturday before departing for Camp David.

Despite some last-minute challenges, Republicans appear to have the votes to give President Trump his first legislative victory.

Final passage of the bill that will reshape the tax system and touch nearly every American is expected early this week, possibly Tuesday or Wednesday.

It will be Trump's first significant legislative accomplishment, not a bad Christmas gift for a president, who often boasts of lesser successes.

So what's in the tax bill?

Other controversial issues, like 401(k)s caps and graduate-student tax credits, in the end, were not affected.

The bill has to pass exactly as is — they can't move a semicolon — in both chambers or they have to go back to the negotiating table. Support late last week from Sens. Marco Rubio, R-Fla., and Bob Corker, R-Tenn., made Republicans pretty sure it's going to pass easily.

For more on how this bill affects you, NPR's Danielle Kurtzleben has you covered.

What about Medicare, welfare... and Ryan's future? 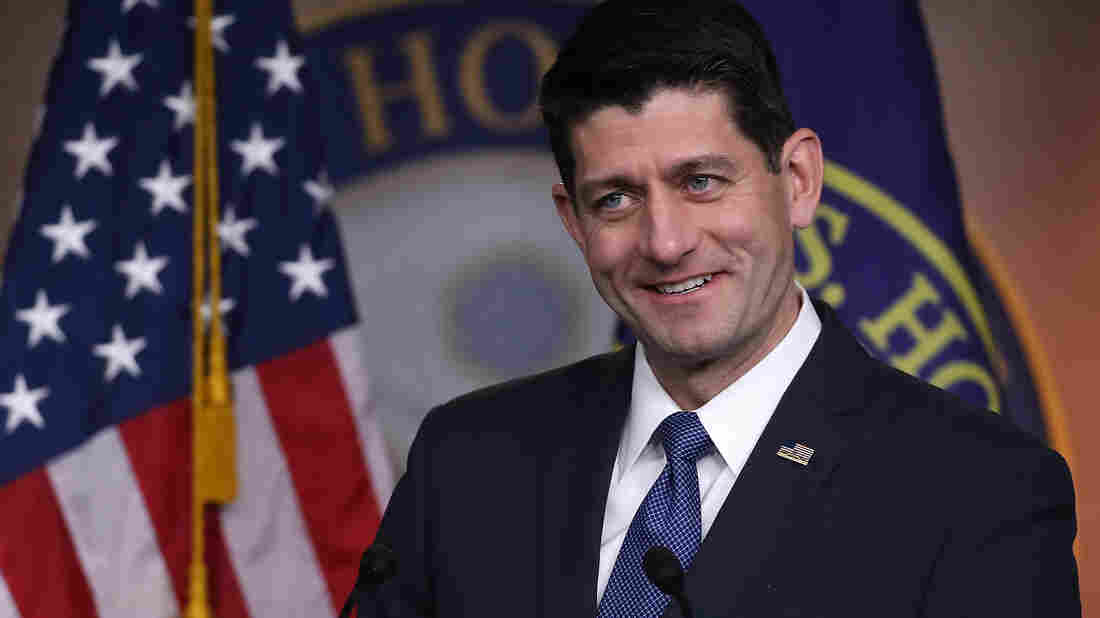 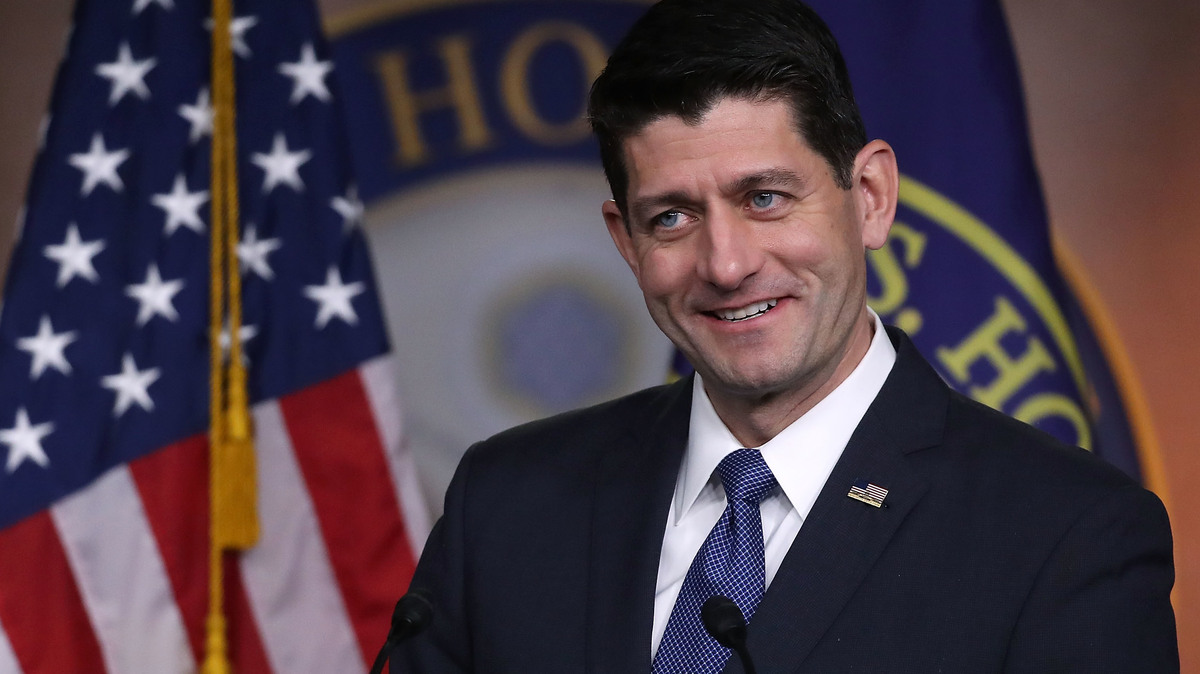 The big issue on the horizon is how much the tax bill adds to the deficit. It will add nearly $1.5 trillion to the deficit, and eventually, the money will have to come from somewhere.

Democrats are gearing up for a fight in the New Year with Republicans, who they believe will make a real effort to cut entitlements. That might not be the best strategy for the GOP in an election year, but Republican Speaker of the House Paul Ryan signaled his intention to do just that last week.

50 Years Later, How The Politics Of Poverty Evolved

50 Years Later, How The Politics Of Poverty Evolved

Of course, there are also rumors that Ryan will retire early next year once the tax bill is passed. Remember, Ryan never wanted this job. After John Boehner was forced out as speaker, and Ryan was the only one seen as having enough votes to succeed him, like the reluctant son coming home to run the family business. He has always wanted to implement a big tax overhaul bill – and if that's done, it might make some sense that he'd move on to something else.

He's only 47, and a retirement would take him out of the firing line and allow him to lie in wait for a potential gubernatorial or even presidential run, whenever that might be.

All that said, his office calls this talk "pure speculation," and he laid out an ambitious 2018 agenda last week.

"Next year is going to be the year that we work on people," Ryan said. "Next year is the year we work on getting people where they need to get in life, better jobs, actual career, closing the skills gap."

He indicated welfare reform would be part of that, calling government assistance for low-income people a "poverty trap." That's an ideological phrase he has repeated over and over again during the course of his career.

Is that it until the midterms?

Looking to the new year, Democrats are feeling emboldened on the heels of Democrat Doug Jones' win in Alabama this week. Republicans' already-narrow majority in the Senate has further narrowed — and virtually everything Republicans are going to want to do in the New Year is going to need 60 votes.

That means Republicans will need Democratic votes, but there isn't a whole lot of common ground to find on the big issues of the day.

The GOP has tried and failed repeatedly to repeal the Affordable Care Act in 2017 even using reconciliation, though, through the tax bill, Republicans do look like they will get through a repeal of the Obamacare mandate, which penalizes people for not buying insurance.

The Trump administration instead is attempting to strangle the ACA's implementation, shortening sign-up days, refusing to extend them despite a last-minute surge, and cutting off cost-sharing reduction subsidies, which help keep people's premiums down.

That comes down to the fundamental question that seems to divide Americans – how much should government do? When Gallup looked at Americans' views of health care after the 2016 election, it found a narrow majority believe it is the responsibility of the federal government to ensure that all Americans have health care coverage.

But when you dig inside the numbers — 70 percent of Democrats and 51 percent of independents believe this, but 76 percent of Republicans say it's not the government's responsibility to ensure health care for all Americans. So the posture seen from Republicans in Congress and President Trump is not surprising.

It's a similar story on immigration and likely infrastructure, too. 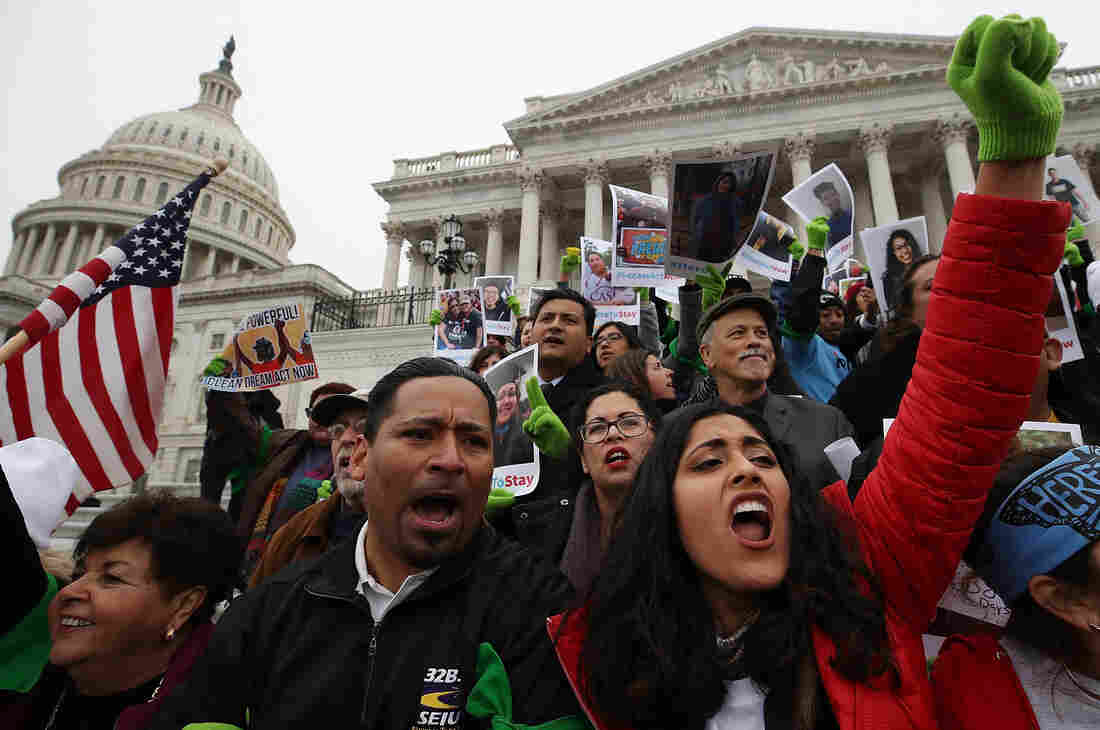 People who call themselves DREAMers, protest in front of the U.S. Capitol to urge Congress to pass a DREAM Act earlier this month. Mark Wilson/Getty Images hide caption 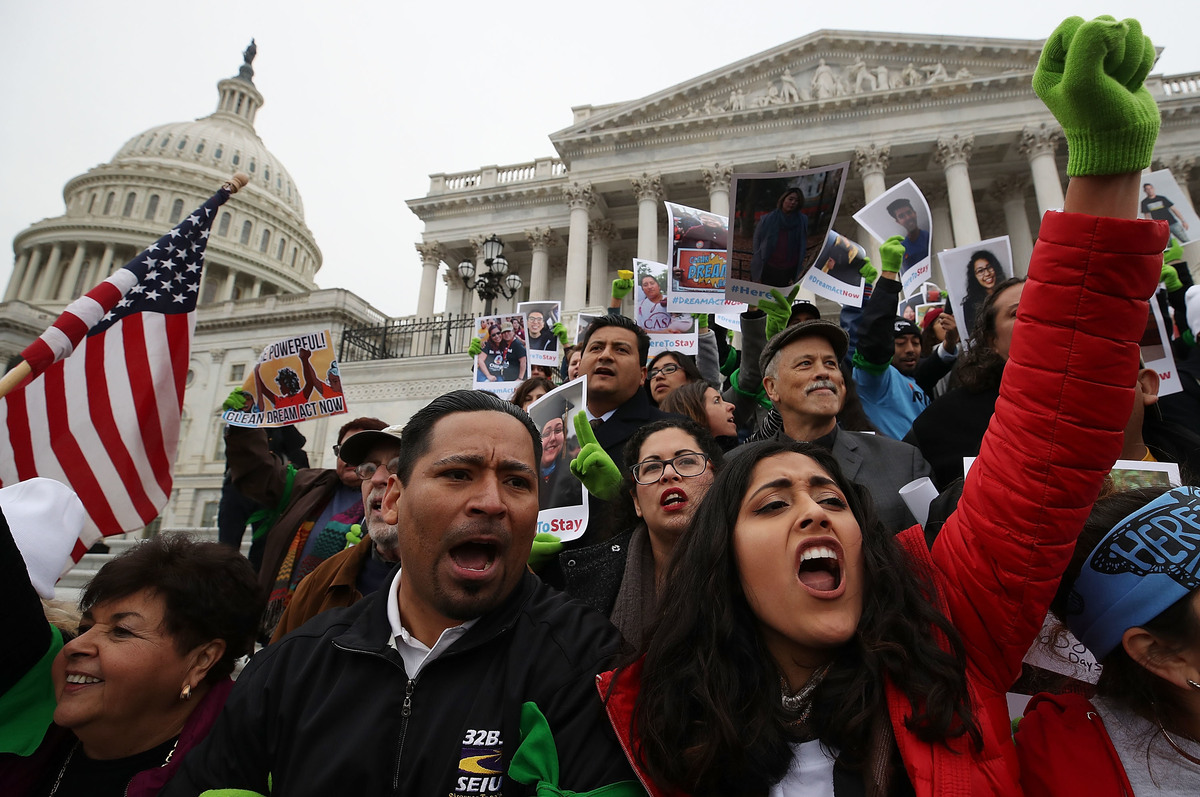 People who call themselves DREAMers, protest in front of the U.S. Capitol to urge Congress to pass a DREAM Act earlier this month.

Republicans have put forward measures related to the DREAM Act what have conditions Democrats see as unworkable or they find odious. (A DREAM Act would allow immigrants brought to the United States as children illegally a path to citizenship.)

Following on Jones' win, Democrats probably have every incentive to keep the issue of immigration alive well into 2018 — and see no reason to relent on a conditions-free DREAM Act at this point.

Trump, of course, is still (publicly anyway) hoping for a border wall. But that's something of a near impossibility, as Republicans will need Democratic votes in the Senate — and that number just went from eight to nine.

When it comes to infrastructure, Republicans are prepping a bill.

"We're just now starting to work with the White House," Sam Graves of Missouri, chairman of a transportation and infrastructure subcommittee, told The Hill. "They're giving us their feedback, so we're starting to see some feedback, ideas, things like that."

But with Democrats' seeing a possible window opening to taking back control of the Senate, inroads made in the suburbs and Trump's approval ratings as low as they are, don't expect them to relent and look to give Trump any victories.

They're certainly not going to do so without major concessions in return ahead of November 2018. 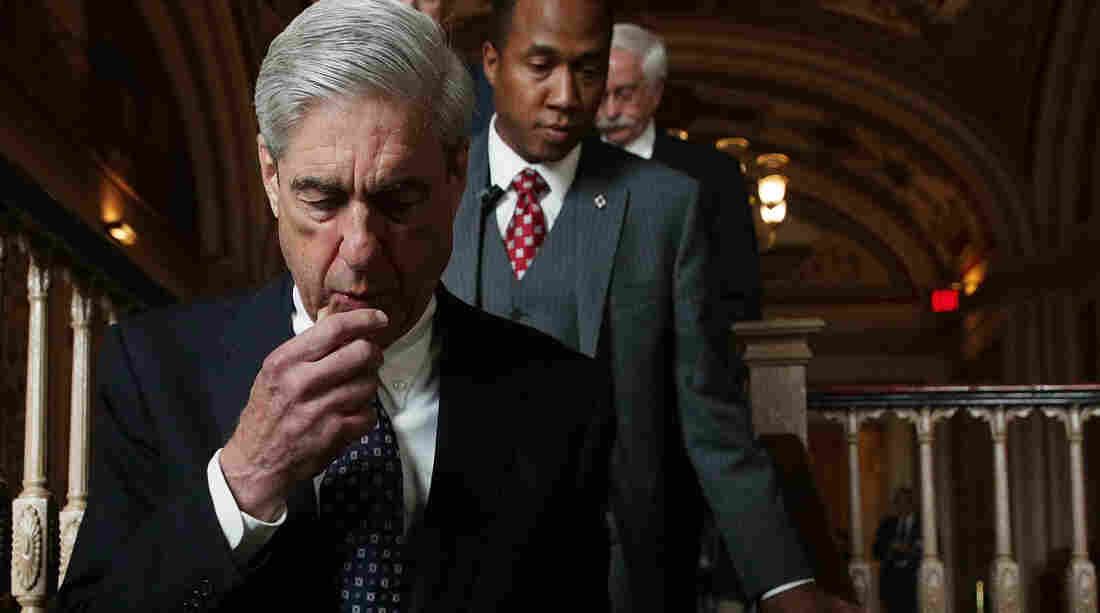 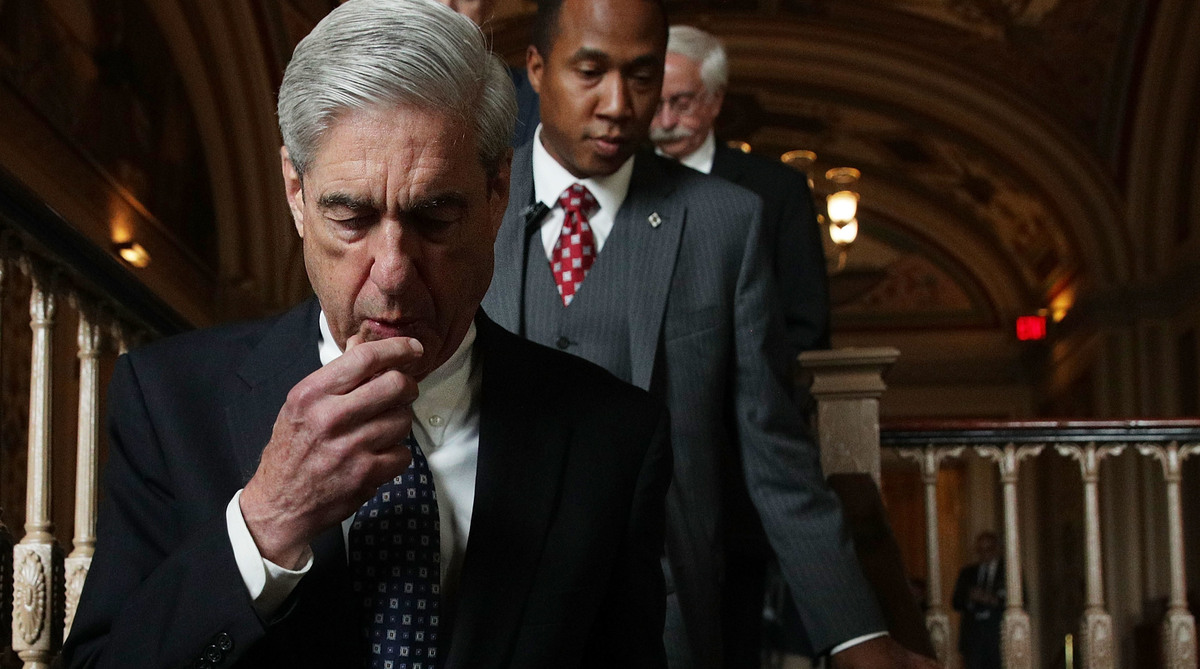 Special counsel Robert Mueller arrives at the U.S. Capitol for closed meeting with members of the Senate Judiciary Committee in June.

Trump said Sunday, "No, I'm not" going to fire special counsel Robert Mueller. He was asked if he intends to do so, as chatter has grown that he might. His lawyers took aim at the investigators in the Russia probe over the weekend because of transition emails Mueller's team obtained. Mueller's team says they obtained them legally — despite Trump's lawyer's protestations. So don't expect that in the week ahead. ...

But Pence might have had a more political reason for canceling the trip – the potential need for him to cast a tie-breaking vote on the tax bill this week, given Republican holdouts (who now appear on board) and senators suffering from illness who have missed votes. John McCain of Arizona, for example, who is suffering from side effects of brain cancer headed back to Arizona Sunday to be with family and is expected to miss the tax-bill vote. ...

Kick the can: A spending bill needs to pass by the end of the week to keep the lights on in the government. Congress is expected to pass yet another temporary measure, pushing off spending negotiations another month. ...

Moore problems: Looking back on the Alabama Senate race, there were a host of reasons why Democrat Doug Jones won — high turnout among black voters, a 60-point swing among independents from 2012, a doubling of white support from Obama. But take a look at this chart below — while overall turnout was down a third (34 percent) from Roy Moore's 2012 chief justice win statewide, Moore's vote totals in highest vote-getting counties outpaced that.

Looking back on the week, another reason @GDouglasJones won is because a whole lot of people who voted for Moore in 2012 for chief justice didn't in 2017. pic.twitter.com/sXOePlwYju