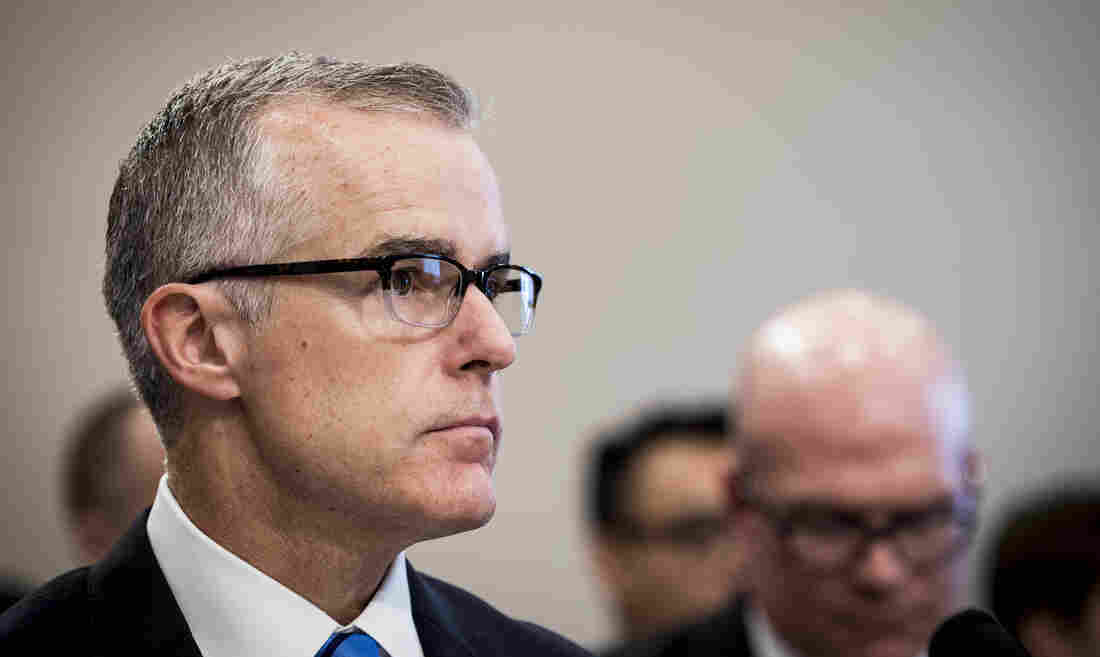 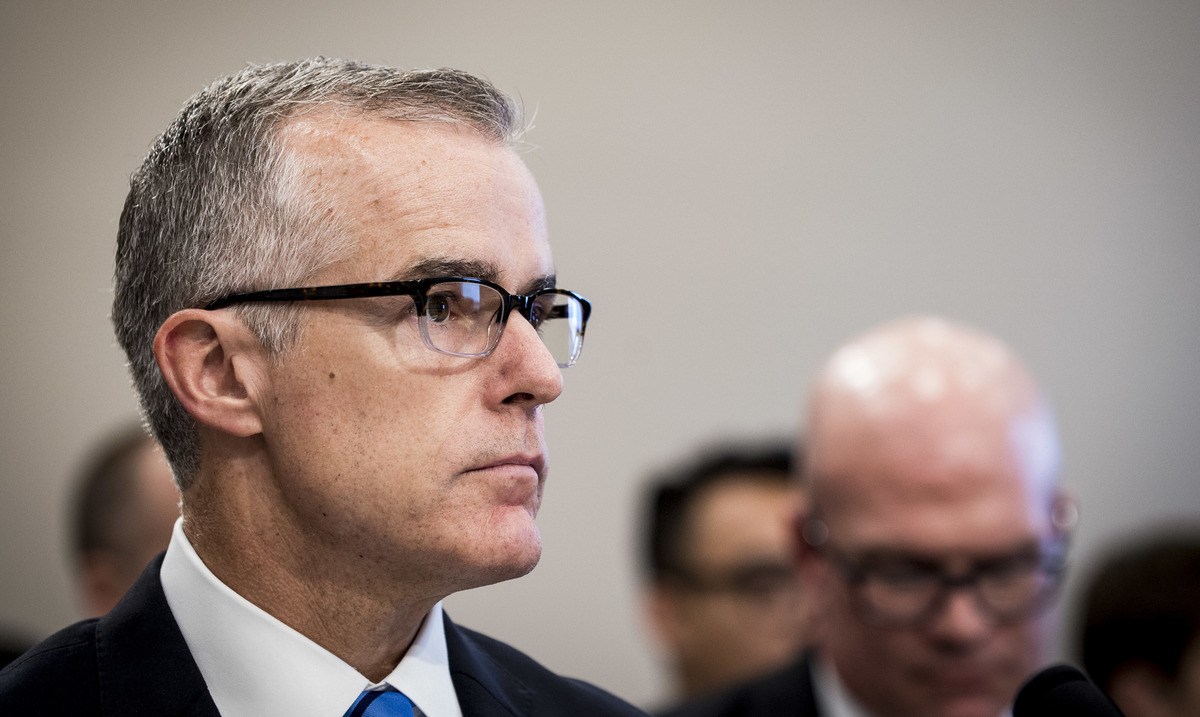 Members of Congress have not made life easy for the leaders of the Justice Department this month, and FBI Deputy Director Andrew McCabe was next in line on Tuesday.

McCabe testified behind closed doors before the House Intelligence Committee as part of its investigation into Russian interference in the 2016 election.

His appearance follows attacks by President Trump and Republican allies on him specifically, the FBI, the Justice Department and special counsel Robert Mueller, including accusations of political bias.

The latest front opened over the weekend when a lawyer for Trump's presidential transition sent a letter to Congress alleging that Mueller improperly obtained emails used by the Trump administration-in-waiting as it prepared to take power in the transition from late 2016 to early 2017.

"It's quite sad to see that," Trump told reporters on Sunday. "My people were very upset about it."

Outside legal experts and lawmakers have raised doubts about the allegations contained in the letter, and one congressional oversight committee said the dispute is for a court to resolve, not Congress.

Mueller's office said his team has properly obtained all the evidence it's using in its investigation.

Nonetheless, the claims added to the political storm buffeting the special counsel's investigation and, more broadly, the FBI and Justice.

McCabe, the No. 2 official at the FBI, walked straight into those headwinds in his interview with the House intelligence panel, where members likely focused on what Republicans charge is anti-Trump political prejudice.

Topping that list is the question of Peter Strzok, a senior FBI agent who played a significant role in the Russia investigation as well as the bureau's probe of Hillary Clinton's use of a private email server while she was secretary of state. Strzok was removed from Mueller's inquiry after it emerged that he had exchanged politically charged text messages with an FBI lawyer that disparaged Trump.

In one text, Strzok referred to Trump as an "idiot." In another, he said Clinton should win the election "100 million to zero." But some Republicans have focused on another message that they suggest signals something more sinister than political bias.

At a House Judiciary Committee hearing on Dec. 13, Rep. Jim Jordan, R-Ohio, cited a reference to a conversation that may have taken place in McCabe's office.

In the text, which was provided to Congress by the Justice Department, Strzok says: "I want to believe the path you threw out for consideration at Andy's office — that there's no way he [Trump] gets elected — but I'm afraid we can't take that risk. It's like an insurance policy in the unlikely event you die before you're 40 ..."

Jordan said that's evidence that the people at the FBI and Justice having conversations "in Andy's office" — McCabe's — have it in for Trump.

Fox News host Jeanine Pirro seized on that narrative, telling viewers that Strzok, McCabe and others at the highest levels of federal law enforcement are trying to steal the country from voters.

"I doubt in American presidential election history, that there has been as great a crime or as large a stain on our democracy than that committed by a criminal cabal in our FBI and the Department of Justice, who think they know better than we who our president should be," Pirro said Saturday on her show, Justice with Judge Jeanine.

A week earlier, Pirro called McCabe "the man at the hub, protecting Hillary and attempting to destroy Trump" — and called for him to be put in handcuffs.

McCabe has made no comment about the latest chapter in the saga.

Lawmakers on Tuesday also likely grilled McCabe on the so-called Trump dossier, which was compiled by a former British intelligence officer at the behest of a Washington-based strategic research firm called Fusion GPS. Hillary Clinton's campaign helped pay for the dossier as opposition research on Trump.

Republicans want to know whether the FBI used the dossier to launch its investigation into Russian interference in last year's election. Mueller took over that probe when he was named special counsel in May.

Republicans allege that if the Russia investigation is founded upon a Democratic-funded dossier, then the whole inquiry is politically motivated.

Then-FBI Director James Comey told Congress earlier this year that the bureau's counterintelligence investigation into the Trump camp began in July of 2016, but he did not detail what spurred it.

Comey also was a supporter of McCabe, who began his career at the FBI in 1996 in the New York Field Office, where he investigated organized crime. He later shifted to counterterrorism and held senior positions in the FBI's National Security Branch and Washington Field Office.

In January 2016, Comey named McCabe as the bureau's deputy director, which gave him an oversight role in all of the FBI's domestic and international investigations and intelligence operations. McCabe briefly served as acting director after Trump fired Comey in May.

His visit to the Hill on Tuesday was not his first run-in with Republicans. In 2015, McCabe's wife, Jill, ran as a Democrat for the Virginia state Senate. She lost the race before McCabe became the deputy director at the FBI, but then-candidate Trump and others complained about the McCabes taking hundreds of thousands of dollars in Democratic donations.

The FBI has said McCabe consulted with ethics officials at the time and followed bureau protocol. He has continued to be a target for Trump and Republicans. Trump asked on Twitter in July why Attorney General Jeff Sessions hadn't gotten rid of McCabe.

The president can't fire McCabe on his own authority because McCabe is a career appointee — not a political one — and therefore enjoys stronger job protections. McCabe is, however, eligible to retire in March.