Accessibility links
CHARTS: See How Much Of GOP Tax Cuts Will Go To The Middle Class The average tax cut would be $1,600 in 2018, but the average household earning more than $1 million would get a nearly $70,000 cut. 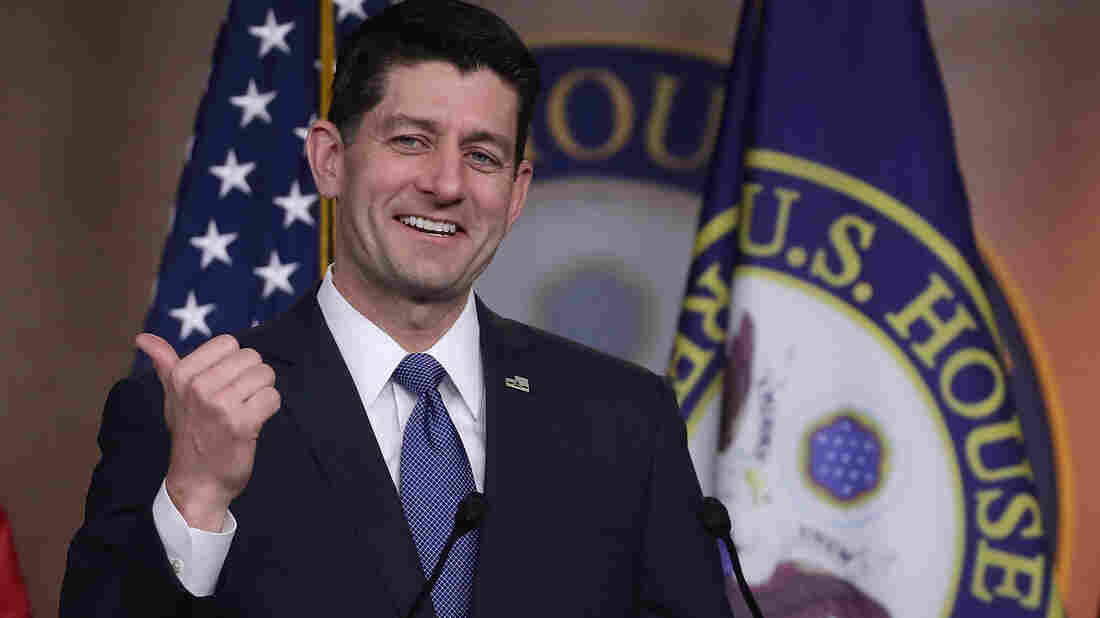 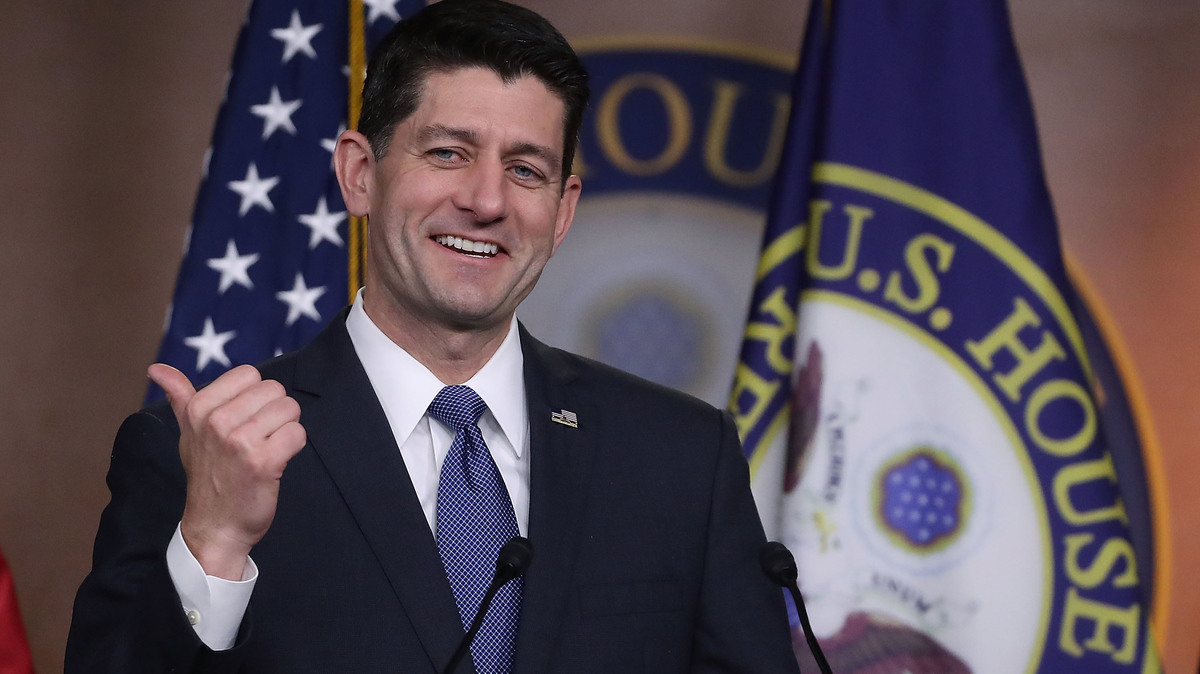 The Republican tax bill, which Congress sent to President Trump on Wednesday, would give most Americans a tax cut next year, according to a new analysis. However, it would by far benefit the richest Americans the most. Meanwhile, many lower- and middle-class Americans would have higher taxes a decade from now ... unless a future Congress extends the cuts.

The average household would get a tax cut of $1,610 in 2018, a bump of about 2.2 percent in that average household's income, according to a report released Monday by the Tax Policy Center, a nonpartisan think tank that has been critical of the tax overhaul plan.

The numbers look bleaker a decade out for most American households. To help ensure their bill met the budget limits Republicans had set for themselves, lawmakers set many individual income tax changes to sunset after 2025 (however, they made cuts to corporate tax rates permanent).

For example, the bill changes tax rates across income brackets, increases the standard deduction and increases the child tax credit — but only until the end of 2025.

As a result, the Tax Policy Center predicts that in 2027, the average tax cut would amount to $160, or just a 0.2 percent income bump.

This would mean a tiny tax bump for many lower- and middle-class households — the average $50,000 to $75,000 — earning household would have a tax bill that is $30 higher than today. The average household earning more than $1 million would get a cut of more than $23,000.

Put another way, in 2018, households earning $1 million or more — or, 0.4 percent of all tax filers — would be getting 16.5 percent of the total benefit from the bill.

The Republican tax overhaul plan has proven unpopular with voters. Just 26 percent of Americans approve of the plan, according to according to a poll released Monday by Monmouth University, compared with 47 percent who disapprove of it. (The poll was conducted before the joint conference committee released its final version.)

In addition, the poll showed that a plurality of Americans — 50 percent — believe the tax plan would raise their taxes.

The Tax Policy Center analysis shows that for most of the next decade, most of those people would be wrong. As stated above, in 2018, only 5 percent of taxpayers would have tax hikes, and by 2025, only 9 percent would.

Congress members could avoid that wave of tax hikes by extending those individual tax cuts beyond 2025. The White House has suggested that this is the plan.

"One of the ways to game the system is to make things expire," White House budget chief Mick Mulvaney told NBC's Meet the Press in November. "This is done more to force, to shoehorn the bill into the rules than because we think it's good policy."

But if they do, it means a much heftier price tag, as yet-another analysis released Monday found. As currently written, the bill would cost around $1.5 trillion. But if Congress extended provisions that expire early, the bill would cost more than $2 trillion, according to the Committee for a Responsible Federal Budget, a Washington think tank that promotes smaller deficits.

A previous version of this story incorrectly said the average tax break for households earning $1 million or more would be about $26,000 smaller in 2027 than in 2018. It will be about $46,000 smaller.