Accessibility links
'I Don't Know Where It's From': Former UFO Program Head On Navy Jet Footage Luis Elizondo used to run a Pentagon office that investigated unidentified flying objects seen by the U.S. military. He says his staff often could not explain what it saw. 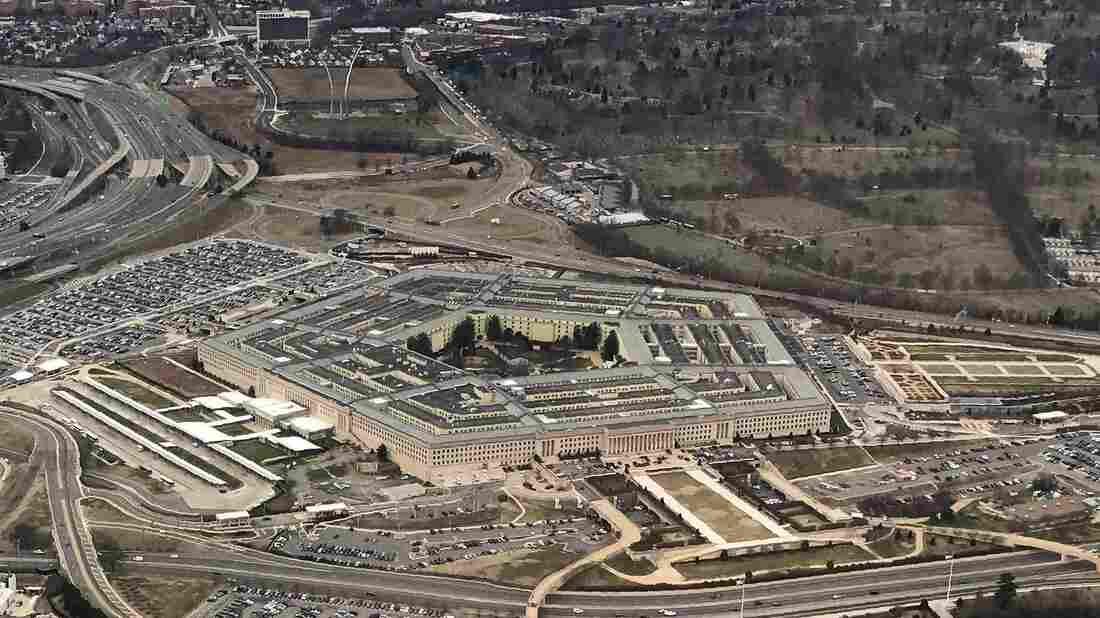 The Advanced Aviation Threat Identification Program at the Pentagon was tasked with making sense of information from members of the military when they spotted unidentified flying objects. Daniel Slim/AFP/Getty Images hide caption 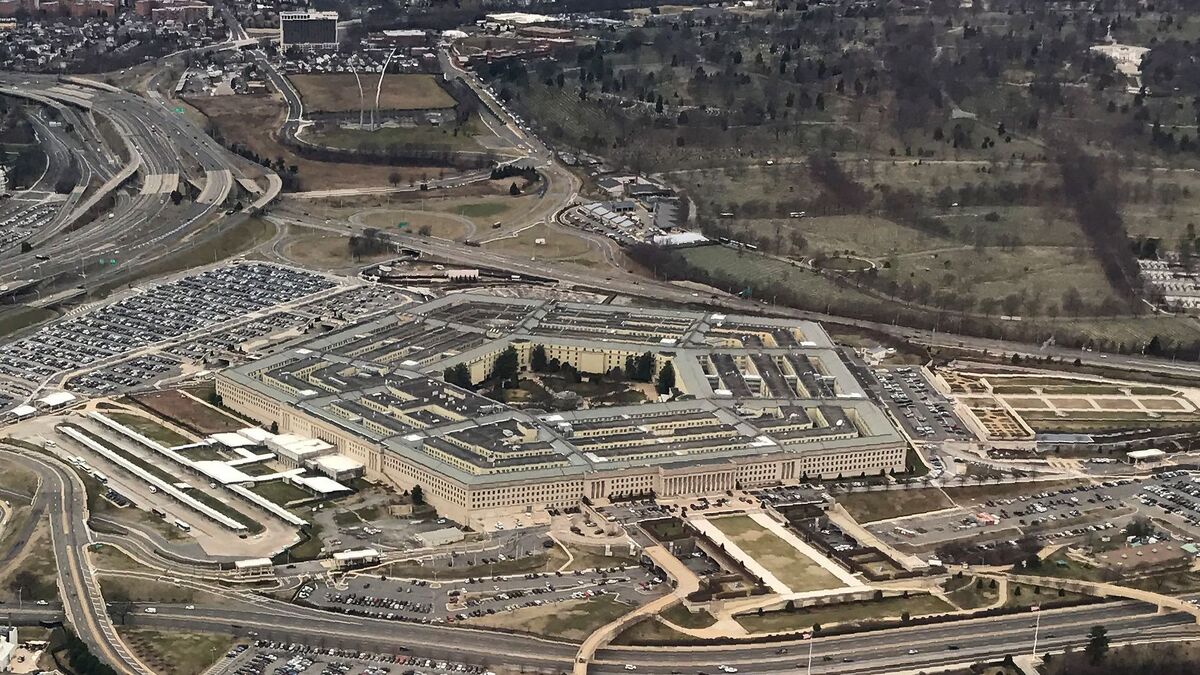 The Advanced Aviation Threat Identification Program at the Pentagon was tasked with making sense of information from members of the military when they spotted unidentified flying objects.

The secret program collected information from members of the military — mostly pilots — when they spotted unidentified flying objects. Some of those findings, first reported over the weekend by The New York Times and Politico, have been released to the public. According to reports, the program began in 2007 and ended in 2012. Elizondo took over the program in 2010.

Elizondo tells Morning Edition's Steve Inskeep that Pentagon staff didn't always understand what they saw. Among the mysteries was recently released footage recorded from the cockpit of a U.S. Navy F/A-18 Super Hornet. In it, the pilots can be heard marveling at an object, astonished at its speed and how it seems to rotate, inexplicably, in the air.

"If you're asking my personal opinion from here, look, I've got to be honest with you, I don't know where it's from. But we're pretty sure it's not here," Elizondo says. "Now does that mean it's 'out there'? Whether or not it's Russian or Chinese inside or little green men from Mars or frankly your neighbor's dog, I wanted to purposely steer away from that because I wanted to focus on truly the raw science: What were we seeing and did it pose a threat to national security?"

On who was on the Pentagon team he led

We had Ph.D.s, we had CI people, we had trained intelligence officers and human case officers — pretty much a full range of talent. Most of us tend to be, by nature, skeptical, because we are in the field of intelligence and national security. But I think once you get into the data itself and the specifics regarding what we're actually seeing, we begin to realize that there may be something here, a little bit more than just what people think are drones or whatever people may chalk it up to be.

On how the program examined information it was given

First of all, we looked at it and wanted to make sure if this was authentic. Is this video coming from a true [Department of Defense] platform? Then what we do is apply some analytics that allow us to look at range, altitude, what was the aircraft doing that we were flying, who's flying it, under what conditions, sea states. So there's a lot of things at play into what we're looking at.

And then at that point, we try to look at what we're seeing at the video and cross-reference it to anything that we may know that is currently in our inventory — so whether they be drones, commercial aircraft, military aircraft, missiles — whatever they may be. There is a great deal of effort by the department to make sure that we always can identify what is flying — whether it is in our airspace or any other airspace.

There's a lot of rigor and diligence that's placed in looking at these, and there is some real talent in the department and in other agencies within the U.S. government that have just an incredible battery of tools to apply toward these things to make sure we know what we're looking at. Truth be told, sometimes we do. ... But unfortunately there are some other incidents that can't be explained, and what our job is to do is to figure out, really it's very simple: What is it, and how does it work?