Accessibility links
A Single Vote Has Flipped Control Of Virginia's House Of Delegates That one vote means that Republicans will have to share control of the state's lower house with Democrats for the first time in 17 years. Democrats say they'll use the victory to expand Medicaid. 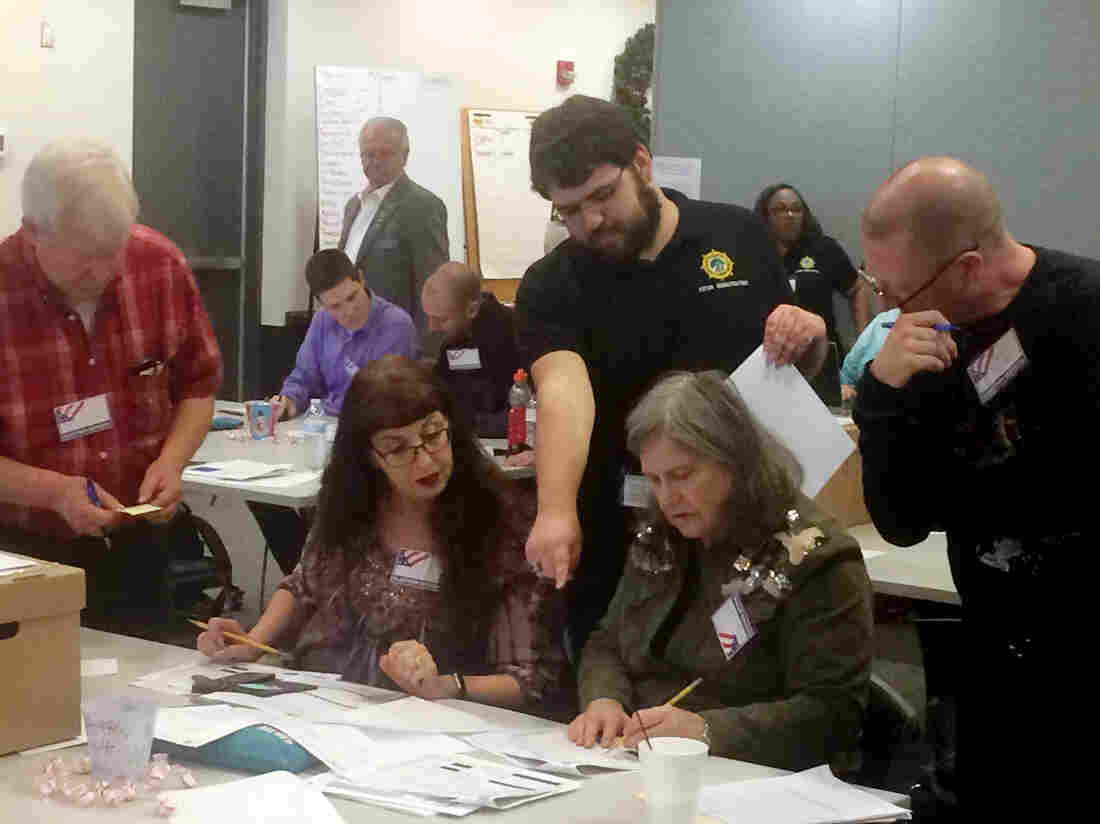 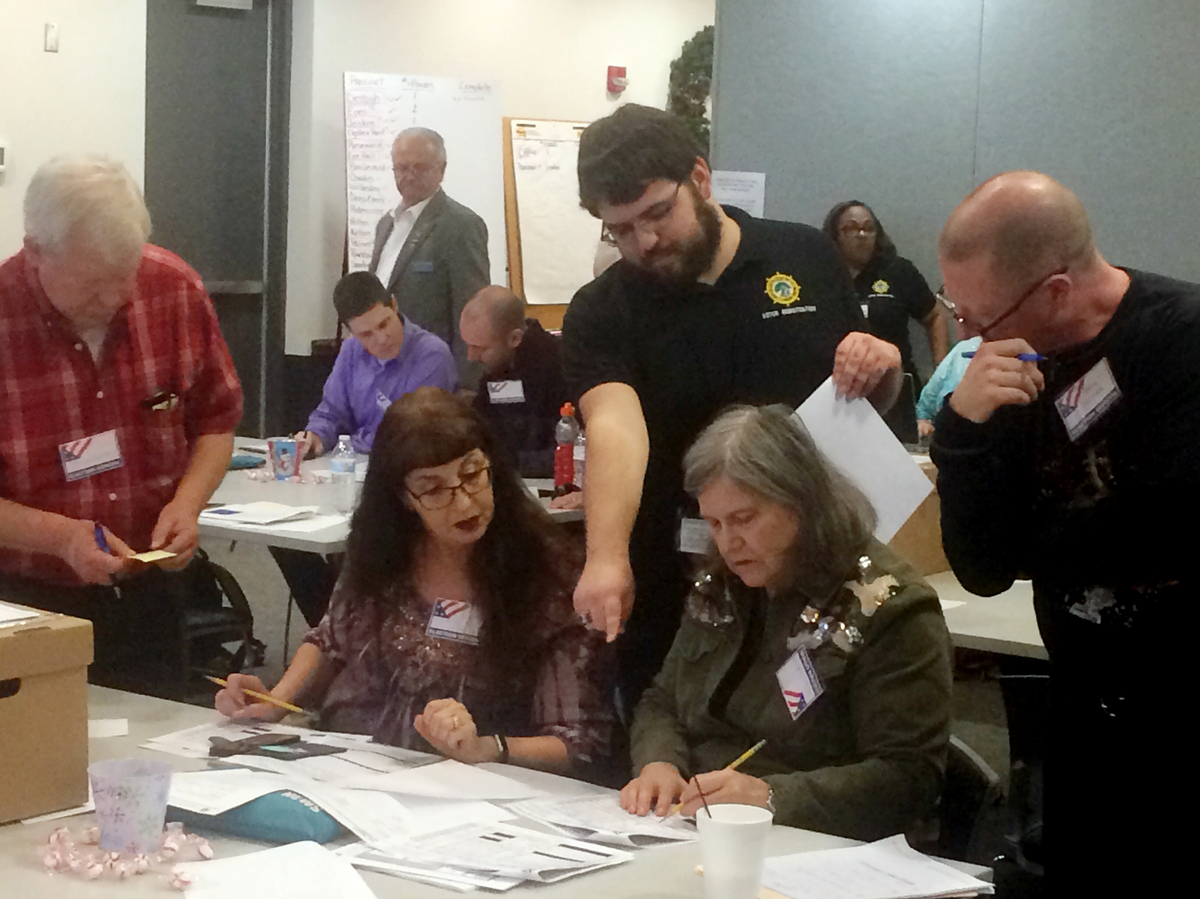 Election officials in Newport News, Va., examine ballots during a recount for a House of Delegates race on Tuesday, Dec. 19, 2017.

The old saying "every vote counts" may never have been more true than in Virginia Tuesday. A recount in a Newport News district appears to have flipped the outcome and moved the House of Delegates to a 50-50 split between Republicans and Democrats, ending 17 years of GOP control.

Republican Delegate David Yancey started the day with a ten vote lead. As each precinct was recounted, that lead dwindled away. The final result: A single-vote victory for Democratic challenger Shelly Simonds. That's one vote out of more than 23,000 cast on Election Day last month.

A recount court still has to certify the results Wednesday. If the tally stands, the House of Delegates will be evenly split between Republicans and Democrats. That would require a power-sharing agreement between the parties, a situation not seen in Virginia since the 1990s.

Going into Election Day, Republicans had controlled 66 of the chamber's 100 seats and suffered major losses in suburban districts around the state. Republican will continue to control the state senate with a narrow 21-19 majority. Democrats maintained control of the governor's mansion with the election of Lt. Gov. Ralph Northam.

In a statement, House Democratic leaders David Toscano and Charniele Herring congratulated Simonds and hinted at the General Assembly session that begins next month. "We are one vote closer to expanding Medicaid and extending access to affordable health care to nearly 400,000 people," they wrote. "Let's get this done."

Republican leaders in the House conceded the seat to Simonds, pending confirmation by the court. In a written statement, Kirk Cox, Todd Gilbert, Tim Hugo and Nick Rush wrote they are "ready to establish a bipartisan framework under which the House can operate efficiently and effectively over the next two years."

There are two more recounts in other House races this week, though the margins in those races were not nearly as small.