Accessibility links
No Kitten Around: Museum Exhibit Celebrates 'Divine Felines' Ever feel fearful? Or brave? Protective? Aggressive? The ancient Egyptians had a cat for that! Ancient Egypt was full of animal deities, but cats reigned supreme, celebrated in sculptures and stories. 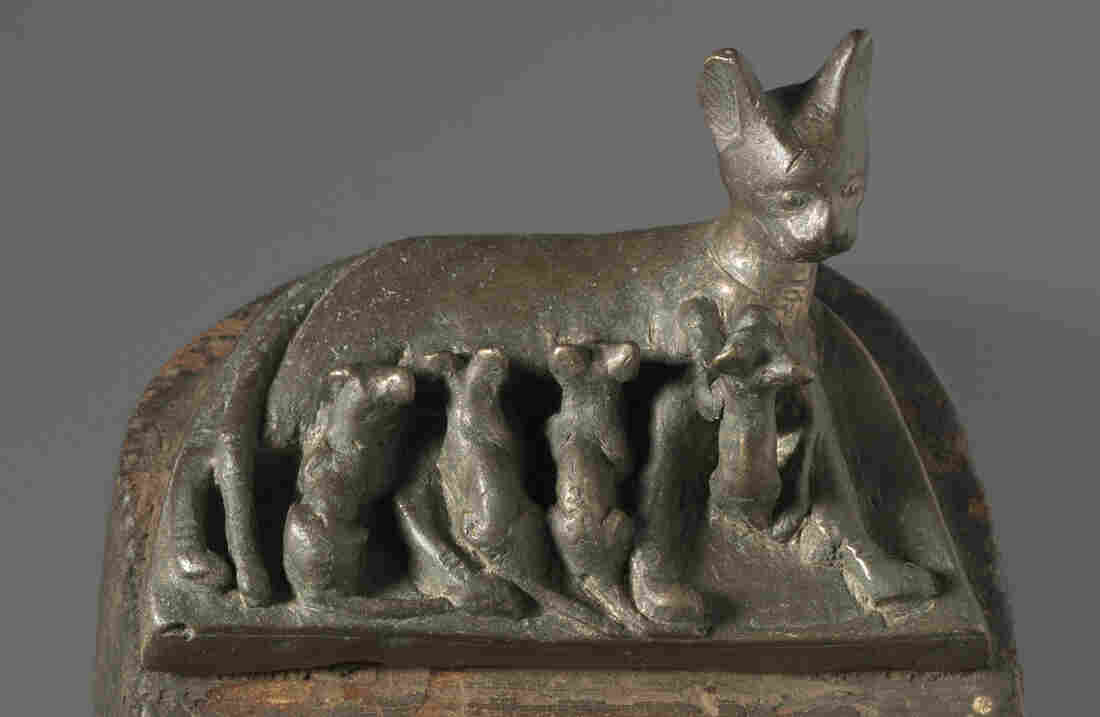 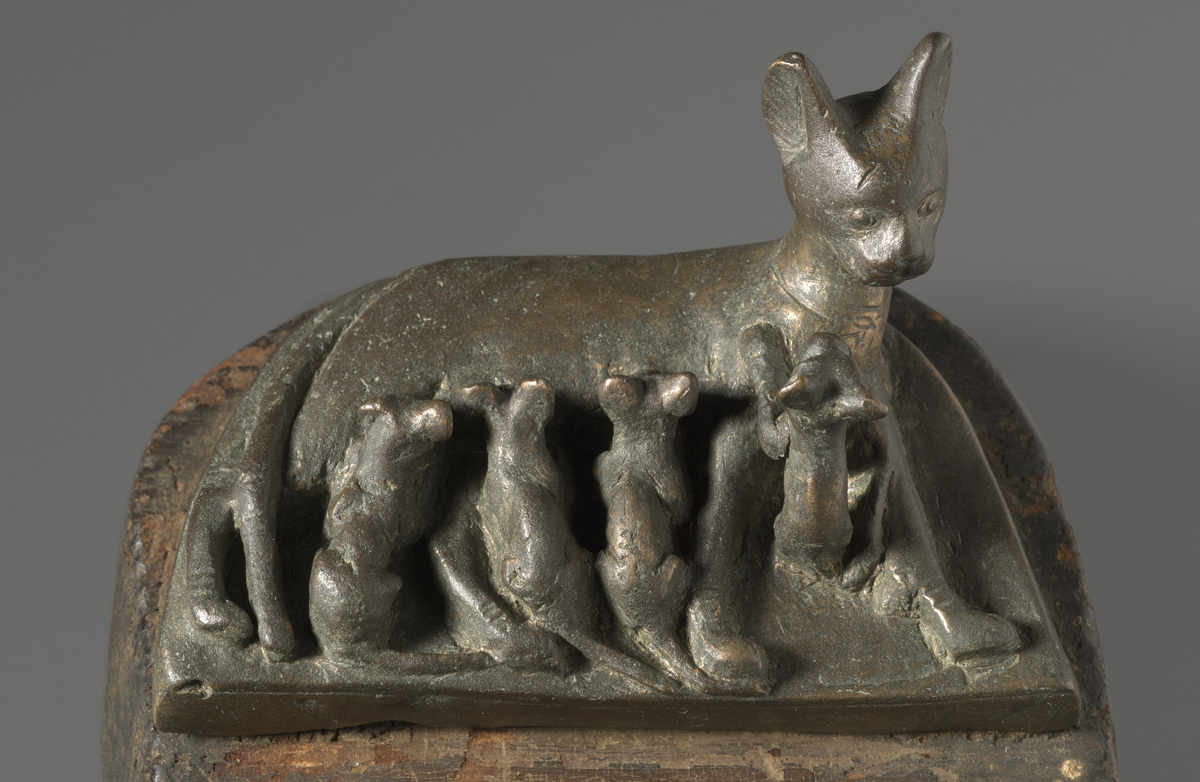 Bronze sculpture of a mother cat with four nursing kittens, circa 664-30 B.C. or later.

Independent, graceful, agile, adorable when they're small — if cats are where it's at for you, the Smithsonian's Sackler Gallery of Asian Art has you covered. Their new exhibition is called Divine Felines, and it features images of cats both big and small from the land that honored them as holy: Egypt. 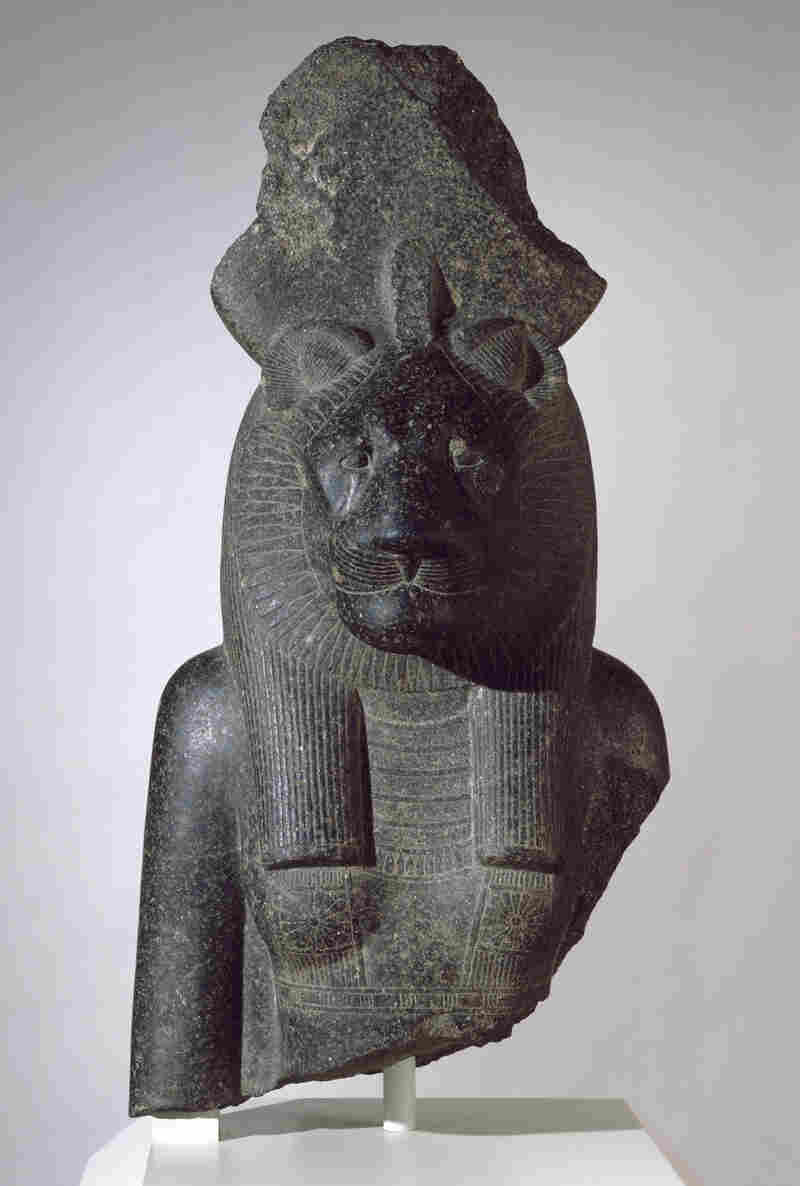 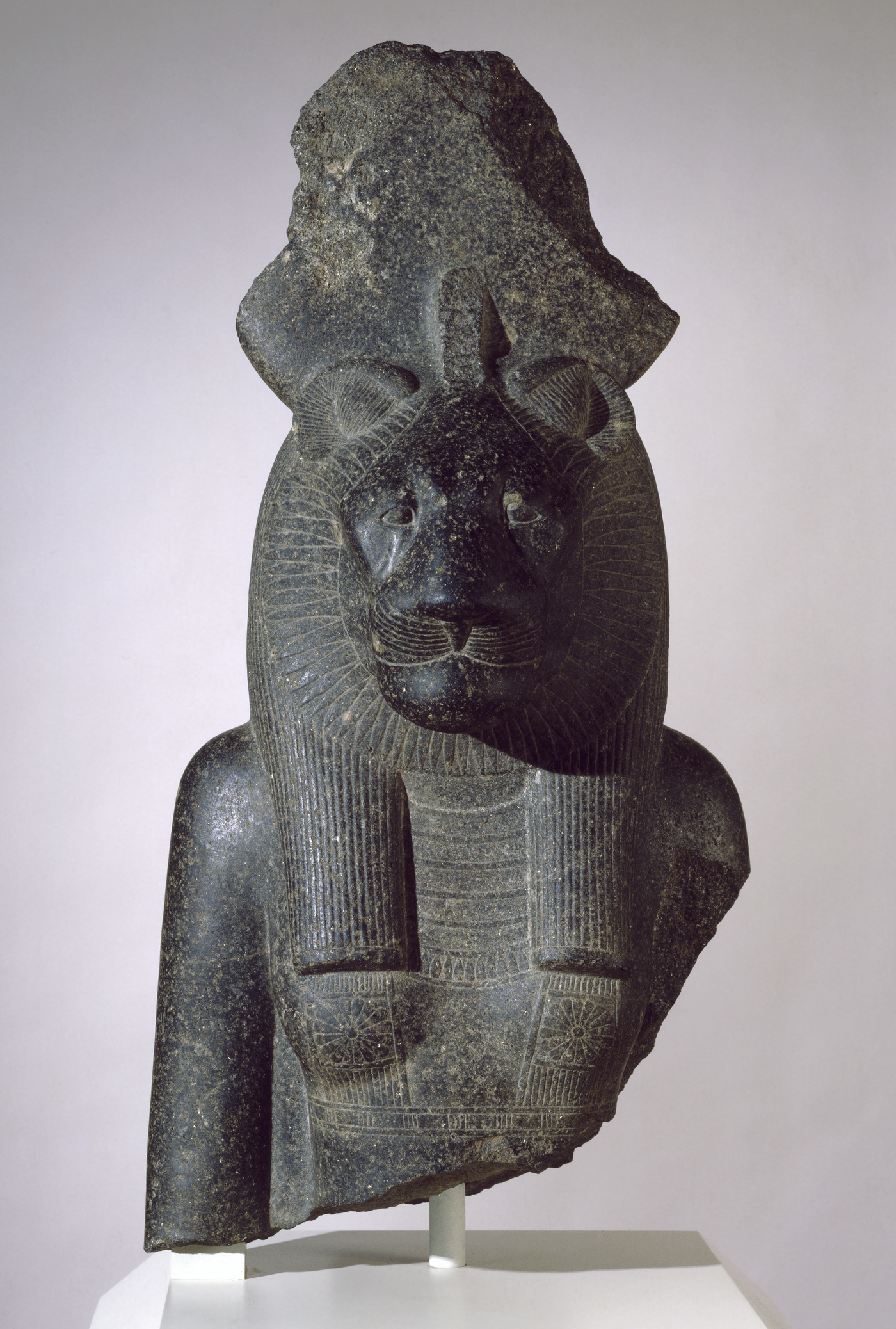 Stone bust of the goddess Sakhmet.

Ever feel fearful? Or brave? Protective? Aggressive? They had a cat for that in ancient Egypt. Though, says curator Antonietta Catanzariti, they didn't exactly worship cats. "What they did is to observe their behavior," she says. They noticed that cats — especially big ones — were expert hunters, quick and precise. Also, they were nurturing. "They're protective against their cubs for lions, or kittens for cats, as well as they are aggressive when it's necessary, kill if necessary."

The ancient Egyptians saw those characteristics as signs of divinity. They created gods and goddesses in their image. The Sackler show (which originated at the Brooklyn Museum) has 80 examples. Now, Egyptians had lots of animal gods and goddesses. "Crocodiles or snakes, dogs, bulls, mention it, you will have it," laughs Catanzariti.

But cats reigned supreme, from a tiny bronze sculpture of kittens nursing, to the powerful goddess Sakhmet. In stone, she has the face of a lion and the body of a woman. She protected pharaohs in war. Once, according to the myth, her father the sun god sent her down to punish mortals for rebelling against him. Instead, she almost destroyed them. Dad felt bad — who'd be left to worship him? To stop her, he colored some beer red, like blood, and got her drunk. "She drinks and she transforms into a cat, which is more docile and peaceful, and humankind is saved," Catanzariti says.

Farther along in the exhibit, there's a small mummy, which — forgive my disrespect — looks like a baseball bat with a nice carved top. It was once a tiny kitten. Egyptians loved cats so much they wanted to be buried with them; they also bred cats, to be killed, mummified, sold and offered to a goddess. Over the years, millions of cat mummies were offered — and not just to goddesses. "In the 1890s, people from England went to Egypt and they collected all these mummies. One cargo was 180,000 of them," Catanzariti says. "They were used as fertilizer in England."

Lions got better treatment. They were carved out of limestone, to guard grand places — think ancient Egypt's version of the big New York Public Library. A majestic recumbent lion from Giza represented the King. He's resting — that's symbolic. "Just being relaxed, it's associated with the king being comfortable in his role as a ruler," Catanzariti says. "He knows what he's doing."

Big cats and little ones, representing the gods and goddesses of ancient Egypt. The Sackler labels them "divine felines" — and they are.