Accessibility links
IRS Now Faces Challenge Of Implementing Tax Bill Facing Budget Cuts The agency faces a new challenge with fewer employees and possibly more budget cuts. The lack of personnel may be most apparent with the IRS help line, which confused taxpayers turn to for guidance. 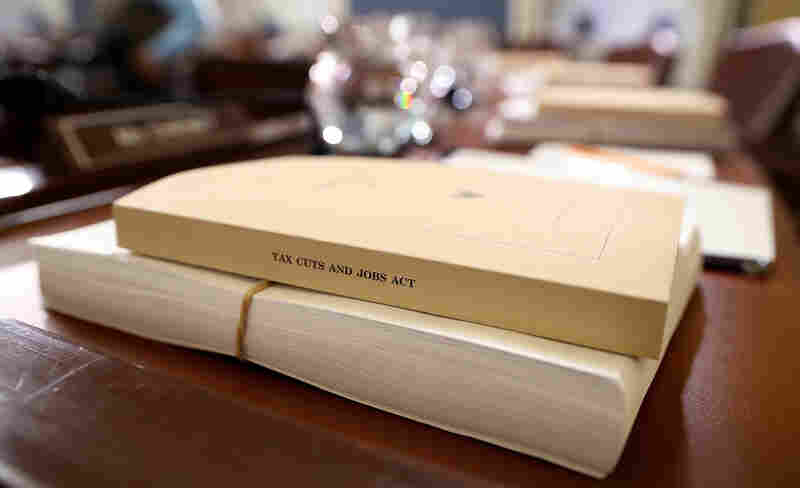 Now that Congress has passed the Republican tax bill, the IRS has a lot of work to do to prepare for the changes to the tax code. Chip Somodevilla/Getty Images hide caption 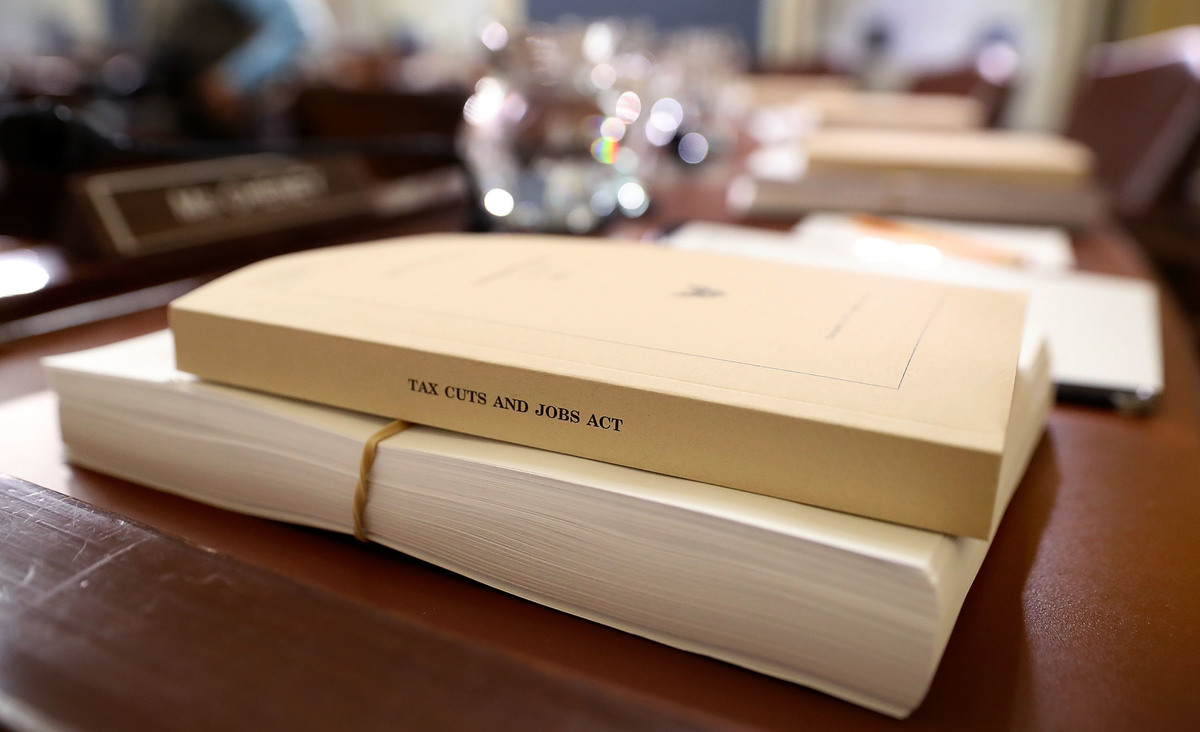 Now that Congress has passed the Republican tax bill, the IRS has a lot of work to do to prepare for the changes to the tax code.

Republicans in Congress are promising that their tax bill will create jobs. One place where we know it's going to create a lot of work is at the IRS.

That agency will have to figure out how to interpret and implement the hundreds of pages of changes to the tax code that were just passed, at a time when it is already struggling with budget cuts and staff reductions.

The Trump administration says it's already working with the IRS to update tax forms and withholding tables, promising that most taxpayers will notice a difference in their pay stubs by February.

It sounds relatively simple to change withholding tables — just plug some new numbers into the computer. But former IRS Commissioner John Koskinen says even simple changes are complex, thanks to Kennedy-era computer programs the agency uses. "A lot of our forms are hard-coded, so you don't just enter a little thing in your computer, you actually have to go into the code and change the date or change the forms," he says.

Making the job more difficult, the IRS's budget has been slashed by $900 million since 2010, resulting in 21,000 fewer employees. Koskinen, an Obama appointee who stepped down from the agency in November, worries the IRS could find itself in a disastrous spiral.

"My concern has been that if the budget continues to be cut, and that's what the Senate and the House are proposing to do even with this massive tax overhaul ... you're actually at some point gonna make the IRS dysfunctional," he says.

In 1986, the last time a major tax overhaul was approved, Congress actually appropriated more money for the IRS to hire additional personnel. This time, the president and House and Senate leaders have all proposed deeper cuts in the agency's budget. The House Appropriations Committee would cut the IRS budget by an additional $155 million, and the Senate Appropriations Committee would do so by $124 million, according to the National Treasury Employees Union, which represents federal employees including those at the IRS.

Tony Reardon, president of the NTEU, says Congress is "adding massive, massive new responsibilities to the IRS and expecting them to handle it with less money and even fewer employees. That makes for a very difficult situation for the agency and for its employees. "

CHART: How The Final Version Of The Republican Tax Bill Would Affect You

One place where the lack of IRS personnel might be most apparent is the agency's taxpayer help line. "It's going to be a nightmare," says Jennifer MacMillan, chair of the Government Relations Committee for the National Association of Enrolled Agents, which represents tax preparers. She says the IRS couldn't keep up with all the calls from taxpayers seeking help with their returns last year; many were kept waiting on hold for over an hour.

And that's important to note. Many taxpayers wont notice all the new changes until they go to file their 2018 taxes, due in April 2019.