Accessibility links
Congress Passes Bill To Avert Government Shutdown The spending bill keeps the government open until mid-January and extends funding for the Children's Health Insurance Program. Fights over immigration and disaster funding will come in the new year. 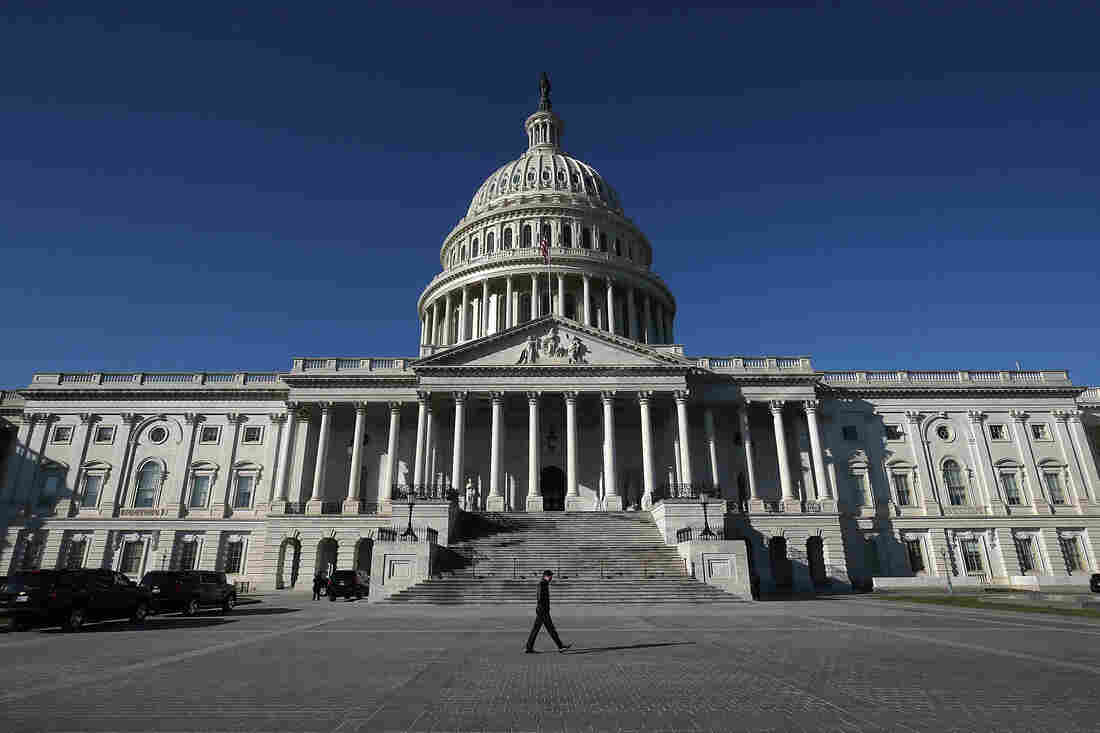 Republicans in Congress are scrambling to avoid a chaotic government shutdown that could overshadow their signature tax bill before it even gets signed into law. Mark Wilson/Getty Images hide caption 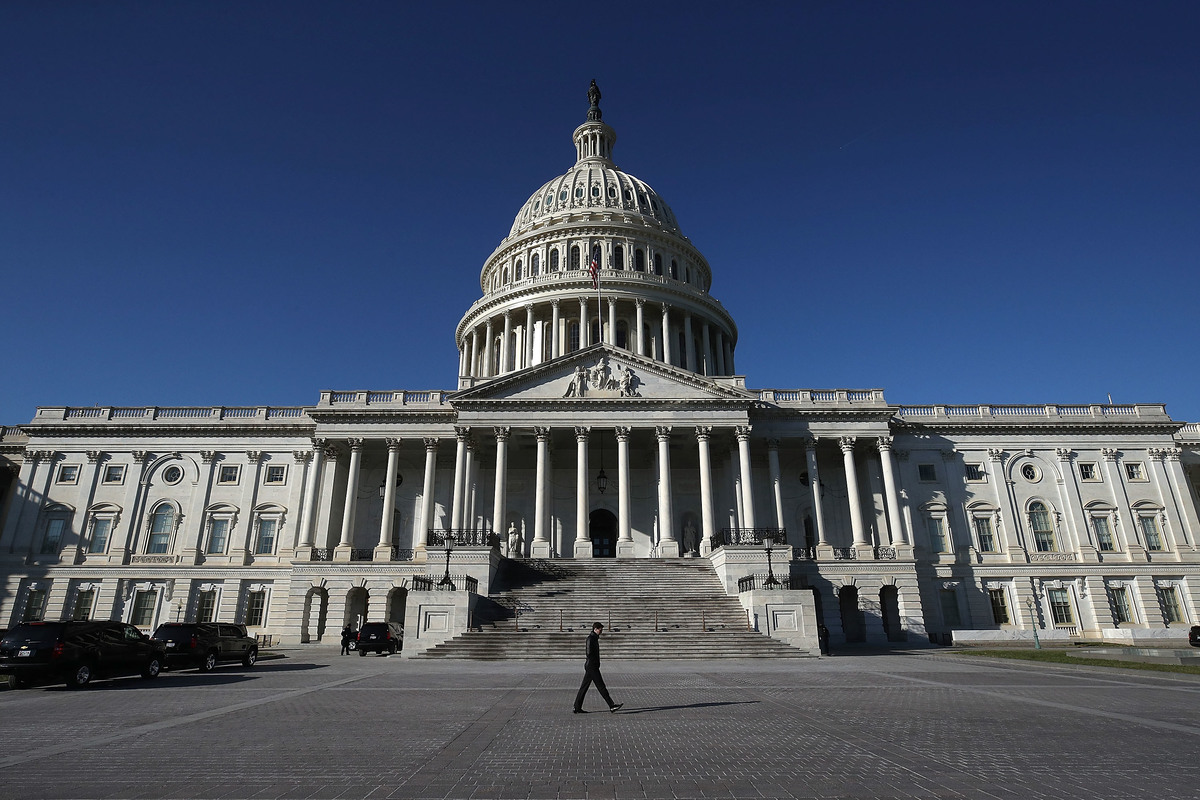 Republicans in Congress are scrambling to avoid a chaotic government shutdown that could overshadow their signature tax bill before it even gets signed into law.

After a monumental legislative victory on taxes this week, Republicans in Congress have been scrambling to avoid a chaotic government shutdown that could overshadow their signature tax bill before it even gets signed into law.

The House and Senate passed a spending bill on Thursday that would push a deadline to fund the government back from midnight on Friday to Jan. 19, allowing lawmakers to head home for the holidays without resolving much of their unfinished business. In addition to most Republicans, about a dozen House Democrats and several Senate Democrats also voted for the bill.

Still, President Trump sought to toss blame for the tense moment at congressional Democrats on Twitter on Thursday morning.

House Democrats want a SHUTDOWN for the holidays in order to distract from the very popular, just passed, Tax Cuts. House Republicans, don’t let this happen. Pass the C.R. TODAY and keep our Government OPEN!

The continuing resolution that Republicans in the House had released early Thursday punts tough decisions related to long-term government spending, immigration and defense into the first part of the new year.

Republicans needed at least some bipartisan support for the measure in the Senate, as the bill requires 60 votes to be approved, and Republicans control just 52 seats there.

In addition to keeping the government open, the legislation extends short-term authorizations for the Children's Health Insurance Program, as well as the Veterans Choice Program, which allows veterans to receive health care at community providers outside of the Veterans Affairs system.

The bill also temporarily extends a controversial provision in the Foreign Intelligence Surveillance Act, or FISA, Amendments Act, known as Section 702, which was set to expire at the end of the year. The FBI and other intelligence agencies have said it is critical to fighting terrorism.

The stopgap bill includes a nod to defense hawks in Congress who were hoping for caps on defense spending to be lifted, another point of friction with Democrats being delayed. It provides funds to repair two naval ships that were damaged this year in the Pacific, as well as money to bolster ballistic missile defense.

A big disaster relief funding bill for areas hit by hurricanes and wildfires was passed in the House as well, but it appears the Senate will hold off on voting on that bill until January.

Congressional Democrats, and some Republicans, are hoping for legislation to protect thousands of undocumented immigrants brought into the U.S. as children. There had been talk that Democrats could threaten a government shutdown to force a vote on the measure, known as the Deferred Action for Childhood Arrivals, but those whispers quieted as the deadline grew closer.

Trump ordered an end to the Obama-era protection program in September, but White House legislative affairs director Marc Short said Thursday that the president was always hoping for Congress to come up with a legislative solution.

"We believe we'll have a resolution to that in January or February," Short told NPR's Rachel Martin.

Lawmakers Will Find A Way To Keep The Government Open, Short Says

Lawmakers Will Find A Way To Keep The Government Open, Short Says

And a pair of senators are poised to propose legislation to stabilize insurance markets, after the Republican tax plan zeroed out the Affordable Care Act's individual mandate that had required people to buy health insurance. Sen. Susan Collins, R-Maine, had committed to getting legislation passed by the end of the year, but she and Sen. Lamar Alexander, R-Tenn., have now committed to a proposal "after the first of the year."

Collins and Alexander said in a joint statement that they would be waiting to unveil the legislation because "it has become clear that Congress will only be able to pass another short-term extension to prevent a government shutdown and to continue a few essential programs."

Senate Majority Leader Mitch McConnell, R-Ky., pledged again on Thursday to bring that legislation up for a vote next year in an interview with NPR.