Accessibility links
Bruce McCandless, First Astronaut To Fly Untethered In Space, Has Died He helped develop the jet-powered backpack that allowed him to float away from the shuttle and safely back again. He said he wanted to inspire people to say, "I can do better than that." 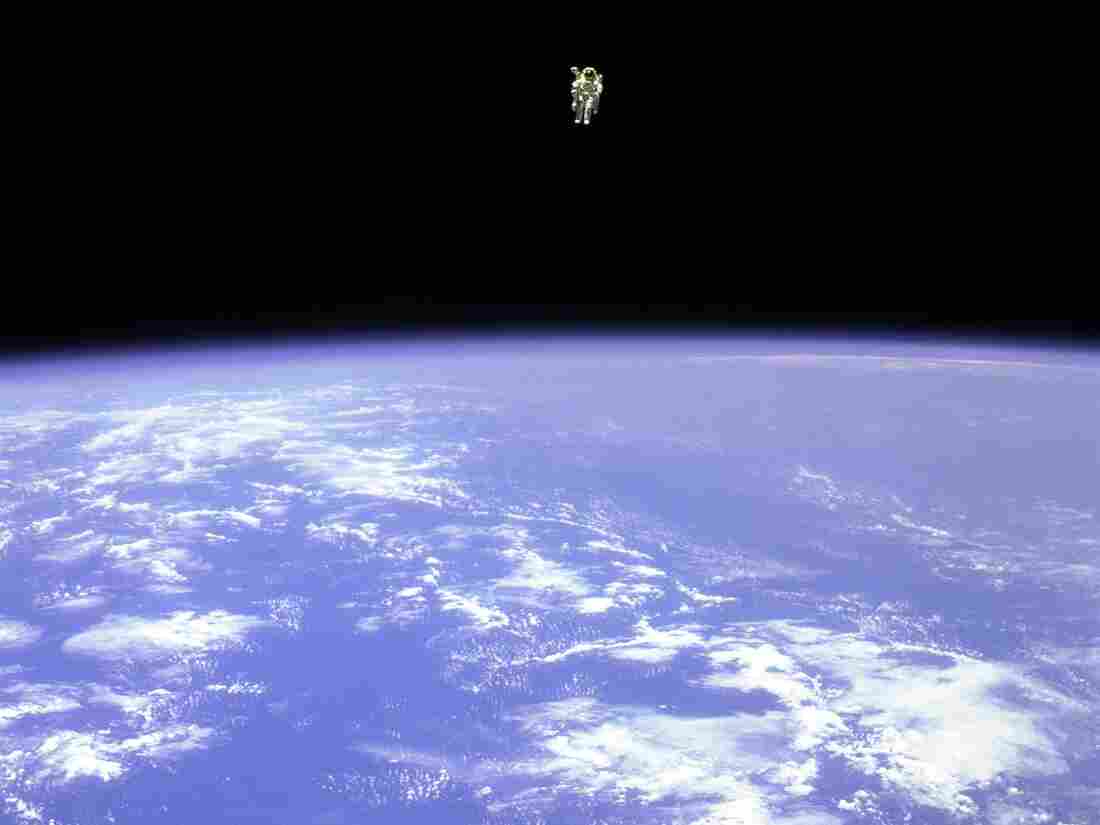 On Feb. 12, 1984, Bruce McCandless ventured away unrestrained from the safety of his spaceship, which no previous astronaut had done. He could do it because of a brand-new, jet-powered backpack. NASA hide caption 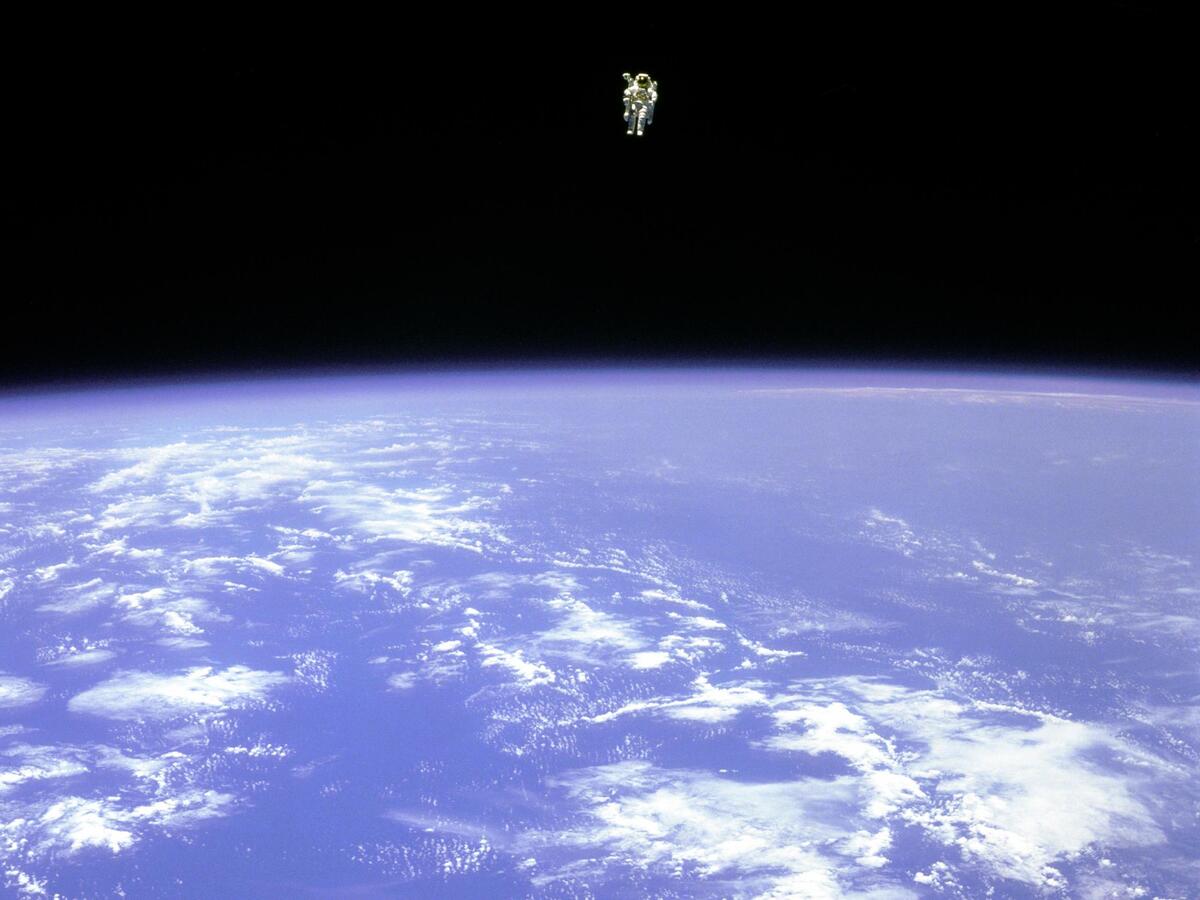 On Feb. 12, 1984, Bruce McCandless ventured away unrestrained from the safety of his spaceship, which no previous astronaut had done. He could do it because of a brand-new, jet-powered backpack.

NASA astronaut Bruce McCandless has died at the age of 80, NASA announced Friday. You may not know his name, but you most likely have seen him in one of the most famous pictures ever taken in space. In 1984, McCandless strapped on a jet-powered backpack and flew away from the shuttle, by himself, untethered, with Earth as a backdrop. It was the first time an astronaut had ever floated freely in space; McCandless had helped develop the technology.

McCandless had been an astronaut for a long time before he first flew in space aboard the shuttle. His was one of the voices that kept the first moon-landing crew in touch with mission control in 1969, telling Neil Armstrong, "There are a lot of us down here that would be willing to come along."

While supporting other missions and waiting his turn, he helped design what became known as the MMU — the manned maneuvering unit.

McCandless first went to space in 1984 aboard the shuttle Challenger and took these jet-powered backpacks along. During the mission, McCandless climbed into the 300-pound contraption and slowly eased out of the shuttle's cargo bay. This time, it was mission controllers on the ground saying to him, "You have a lot of envious people watching you. Looks like you're having a lot of fun up there." 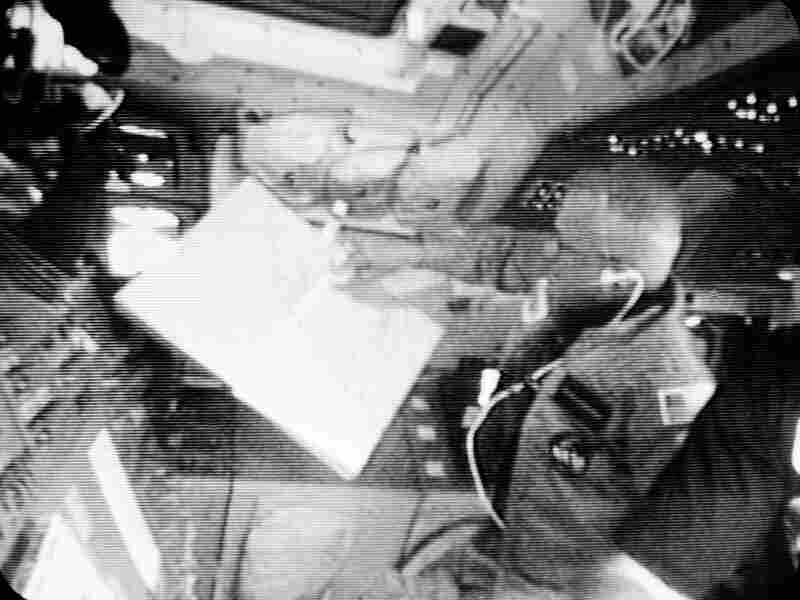 McCandless, mission specialist aboard the shuttle Challenger in February 1984, looks at a map showing the path of the spaceship. AP hide caption 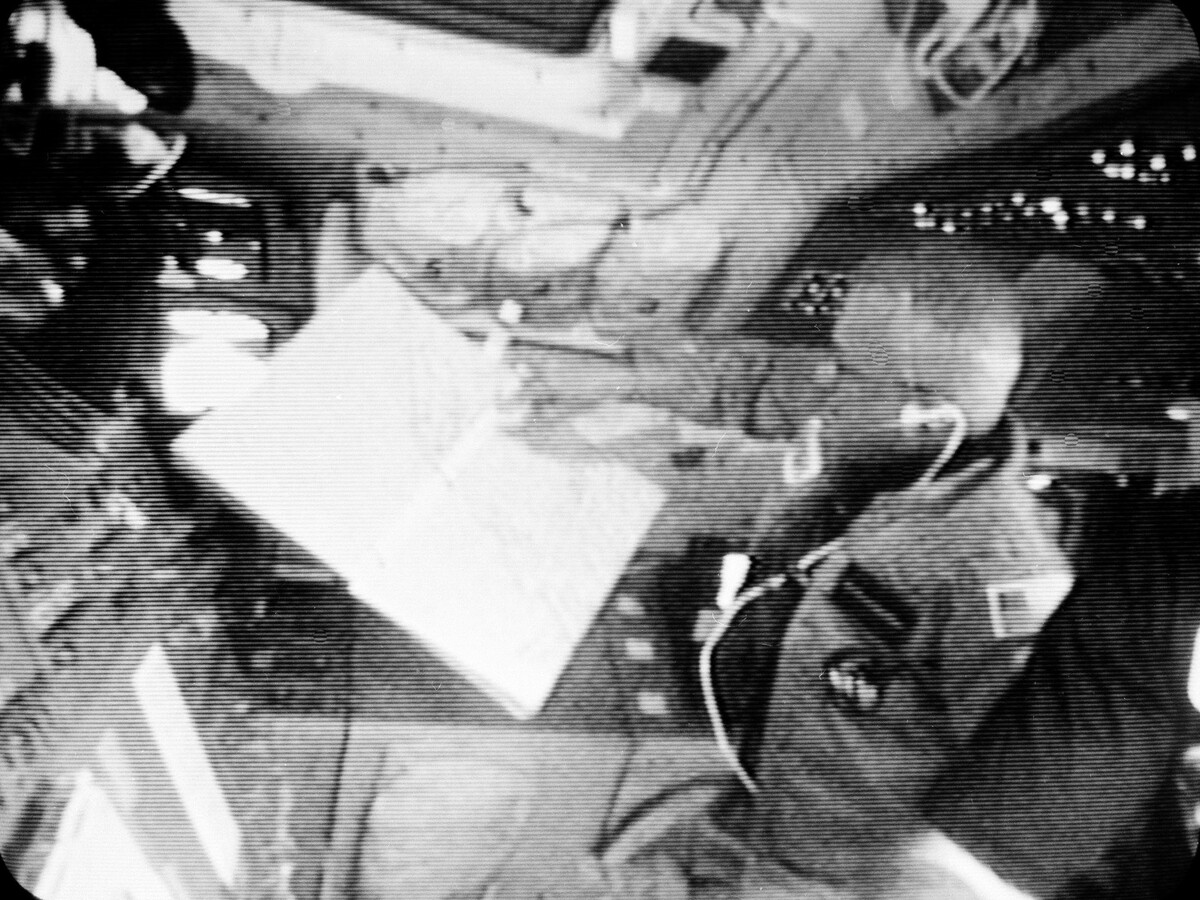 McCandless, mission specialist aboard the shuttle Challenger in February 1984, looks at a map showing the path of the spaceship.

Armstrong was on McCandless' mind when he took that first untethered foray into space. More than three decades later, in an NPR interview, he remembered precisely what he said: " 'It may have been one small step for Neil. But it's a heckuva big leap for me.'

"My wife happened to be at mission control at the time and she says the laughter literally brought down the house. Which was sort of what I had intended because I wanted to loosen things up a little," he recalled.

Relative to Earth, he was flying at almost 18,000 miles per hour. But relative to the shuttle, he was moving at a leisurely 1 foot per second. He said he wasn't nervous. He found it effortless.

He had trained for that moment for years, ready for anything — the suit's nitrogen propulsion system failing or problems communicating with the shuttle. But what he wasn't prepared for was the temperature in the suit: "I got quite cold. My teeth were chattering. I was shivering," he said.

The suit was designed so astronauts could work strenuously, but for that first six-hour test, he had moved little more than 300 feet away from the shuttle when the famous picture was taken, with Earth and space in the background.

"I had the gold sun visor down. So that in principle, people could imagine themselves inside of there instead of me," he said.

McCandless said he was most proud that, later in life, children came up to him to say they'd seen the picture. He hoped it would inspire the next generation of explorers. "I like to encourage folks to look at that and say, 'Well, I can do better than that.' "