Accessibility links
Trump's Busy Year On Energy And Environment President Trump and a trio of Cabinet members have made headway in their campaign for American fossil fuel "energy dominance." This might slow renewable energy, but it won't bring back coal. 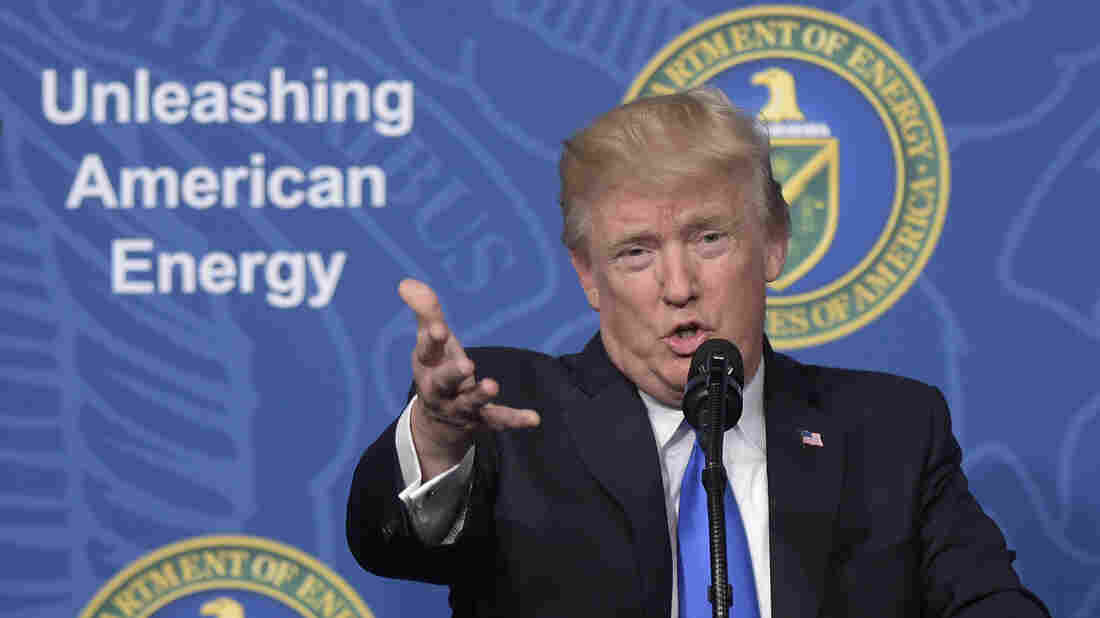 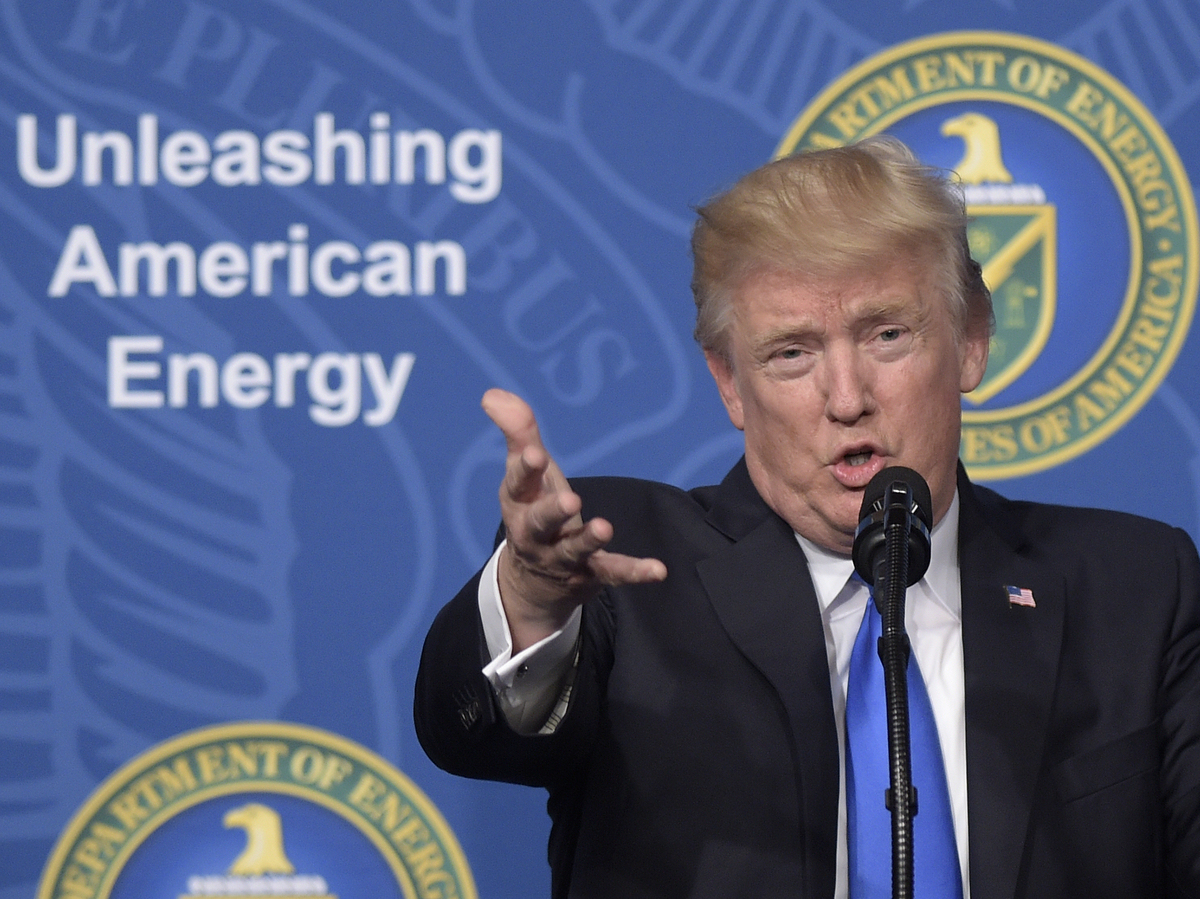 President Donald Trump speaks at the Energy Department in Washington, on June 29, 2017.

"We're loaded," he said, at a 2016 campaign appearance in North Dakota, referring to fossil fuel reserves. By unleashing those reserves and slashing regulations, Trump promised, he would usher in an era of "energy independence" and, ultimately, American energy dominance.

Other than the massive tax reform bill in Congress, Trump's legislative victories have so far been few and far between. On energy and environment, however, Trump is slowly making headway, with help from a trio of powerful and like-minded cabinet members.

Energy Secretary Rick Perry has proposed subsidizing struggling coal and nuclear electricity generating plants and has delayed measures to boost energy efficiency that were supposed to take effect this year.

The head of the Environmental Protection Agency, Scott Pruitt, has erased climate change from agency priorities and is filling the ranks of political appointees with people who have previously lobbied against a slew of environmental regulations.

Finally, at the Interior Department, Secretary Ryan Zinke is shrinking national monuments while opening up more federal lands to drilling and mining.

Here are some major actions of the Trump administration to date:

Trump famously called climate change a hoax and many of his cabinet members and political appointees dismiss climate change science. The administration has moved aggressively, through executive orders and agency actions, to reverse many of the environmental regulations and rules the previous administration put into place. Some examples: 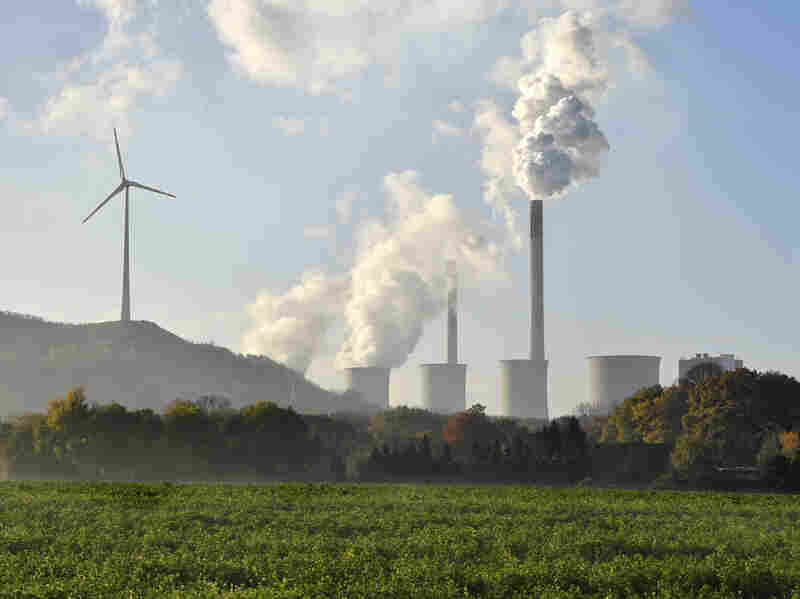 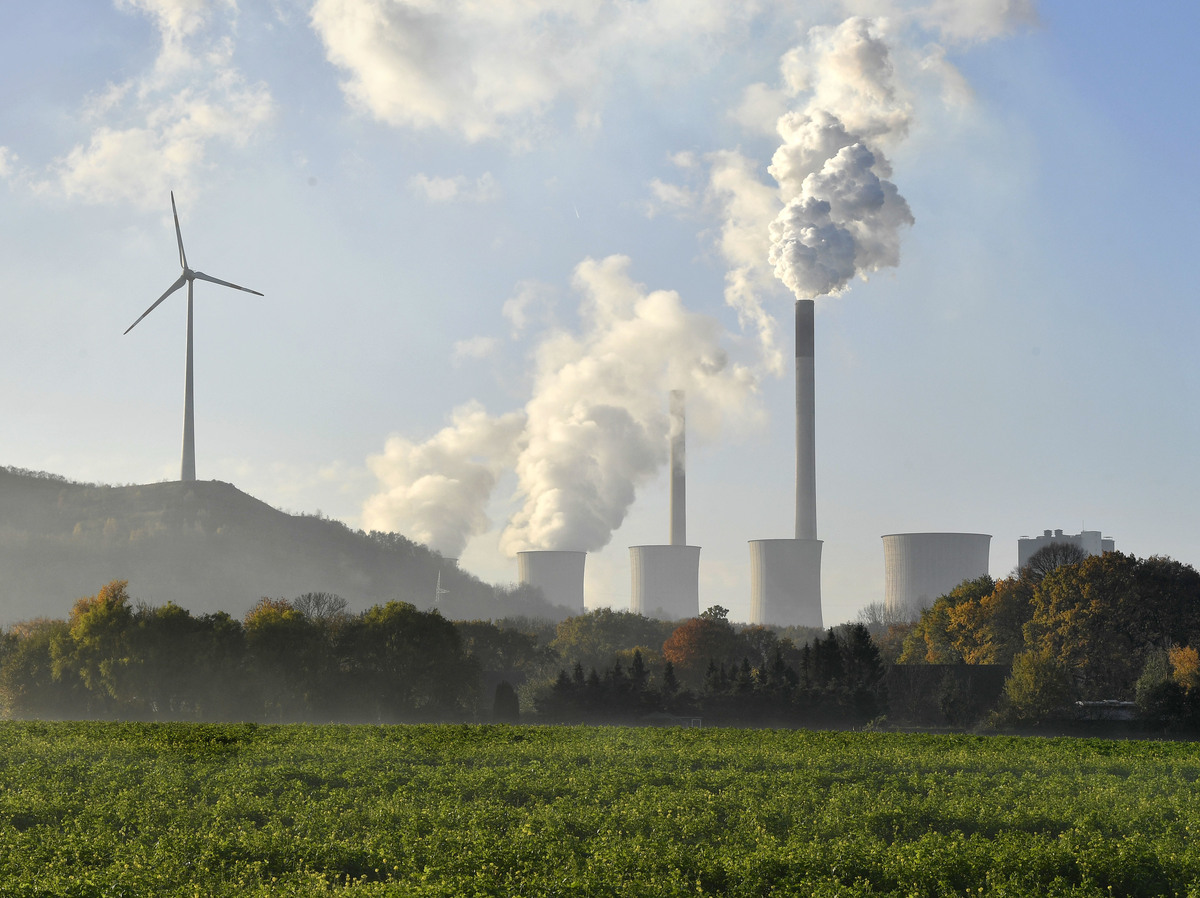 A coal-burning power plant steams in Gelsenkirchen, Germany, while the 23rd UN Conference of the Parties (COP) climate talks end in Bonn, Germany on Nov. 17, 2017.

The EPA has also moved to repeal a number of rules, or put them under review with the intent to revise, including: 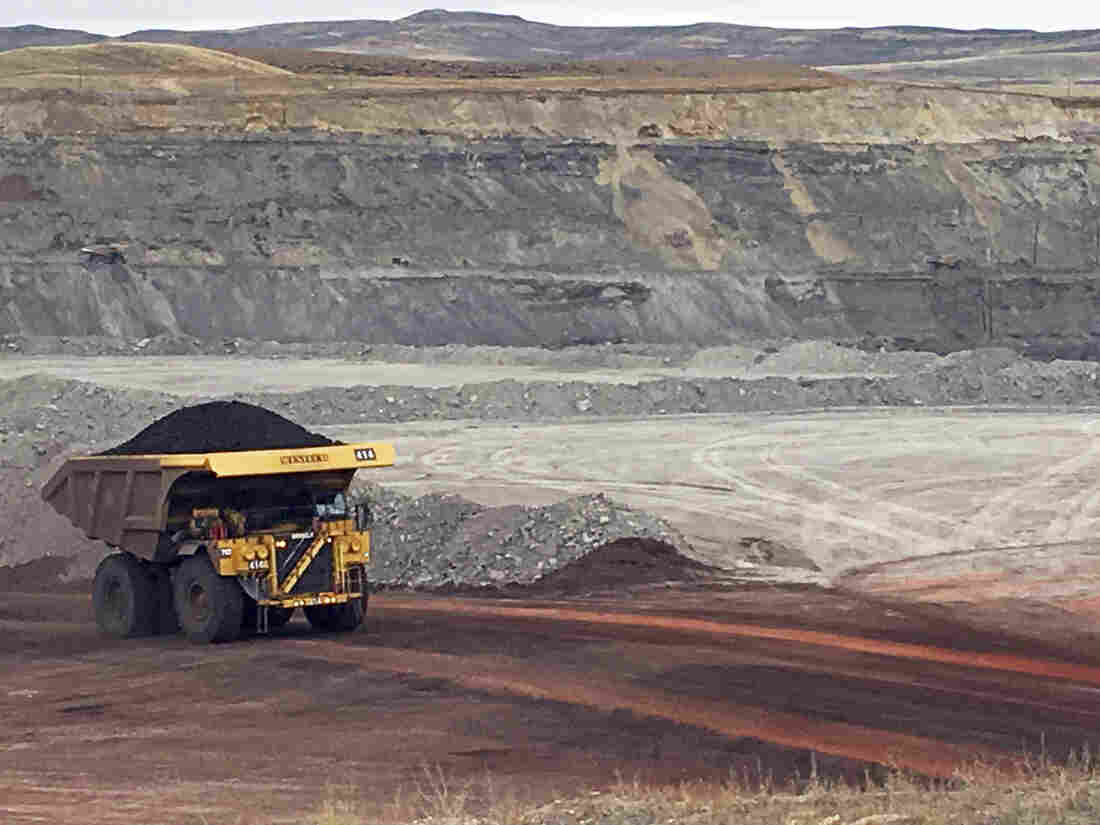 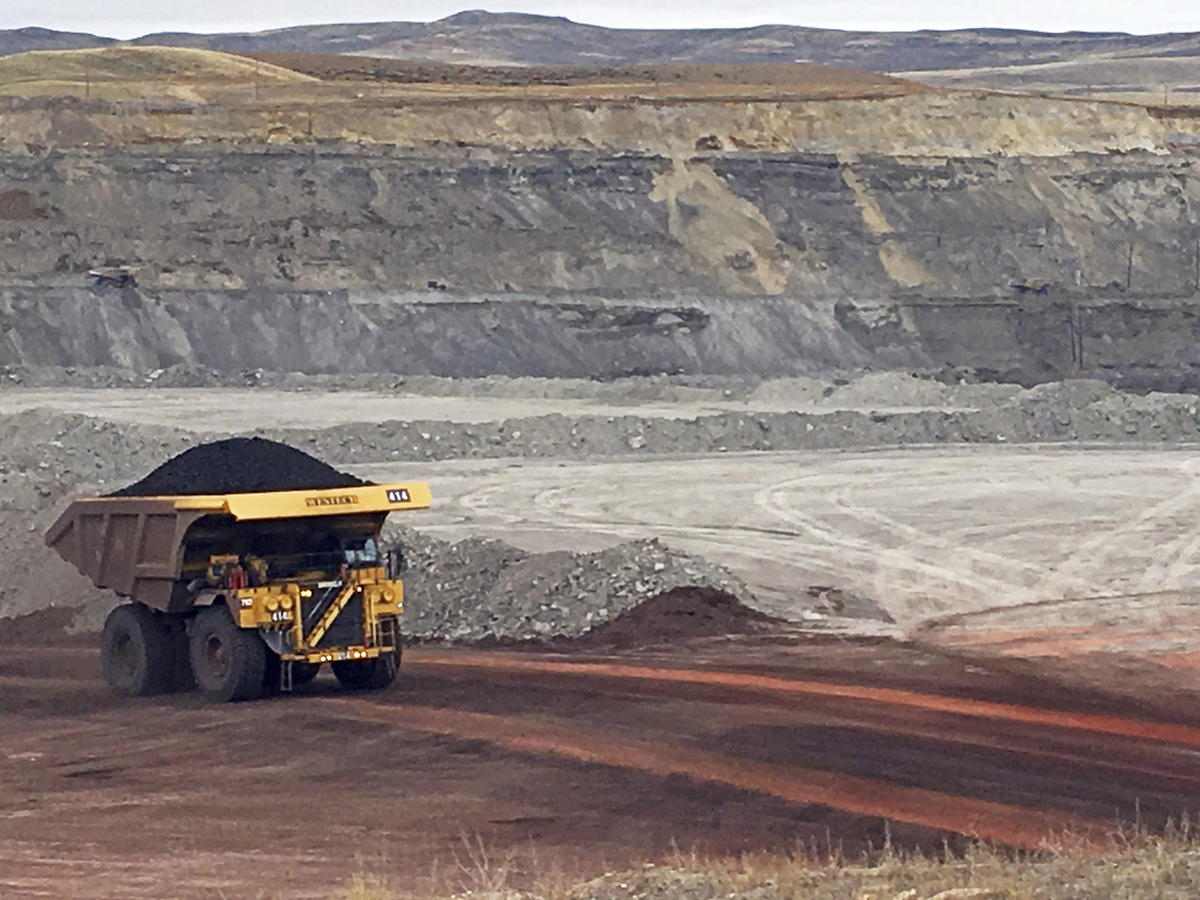 The president's executive order on "Promoting Energy Independence and Economic Growth" called for promoting "clean and safe" development of energy resources while "avoiding regulatory burdens that unnecessarily encumber energy production." Here are a few things that have been done that aim to accomplish those goals:

The Interior Department has also: 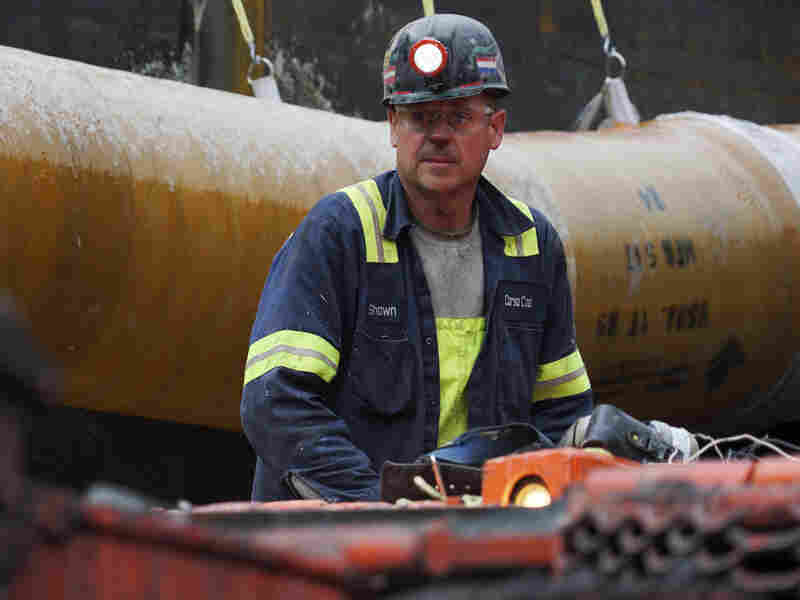 A coal miner in Friedens, Pa., on June 7, 2017. President Donald Trump referred to the mine's opening during a speech announcing his intent to withdraw from the Paris climate accords. Dake Kang/AP hide caption 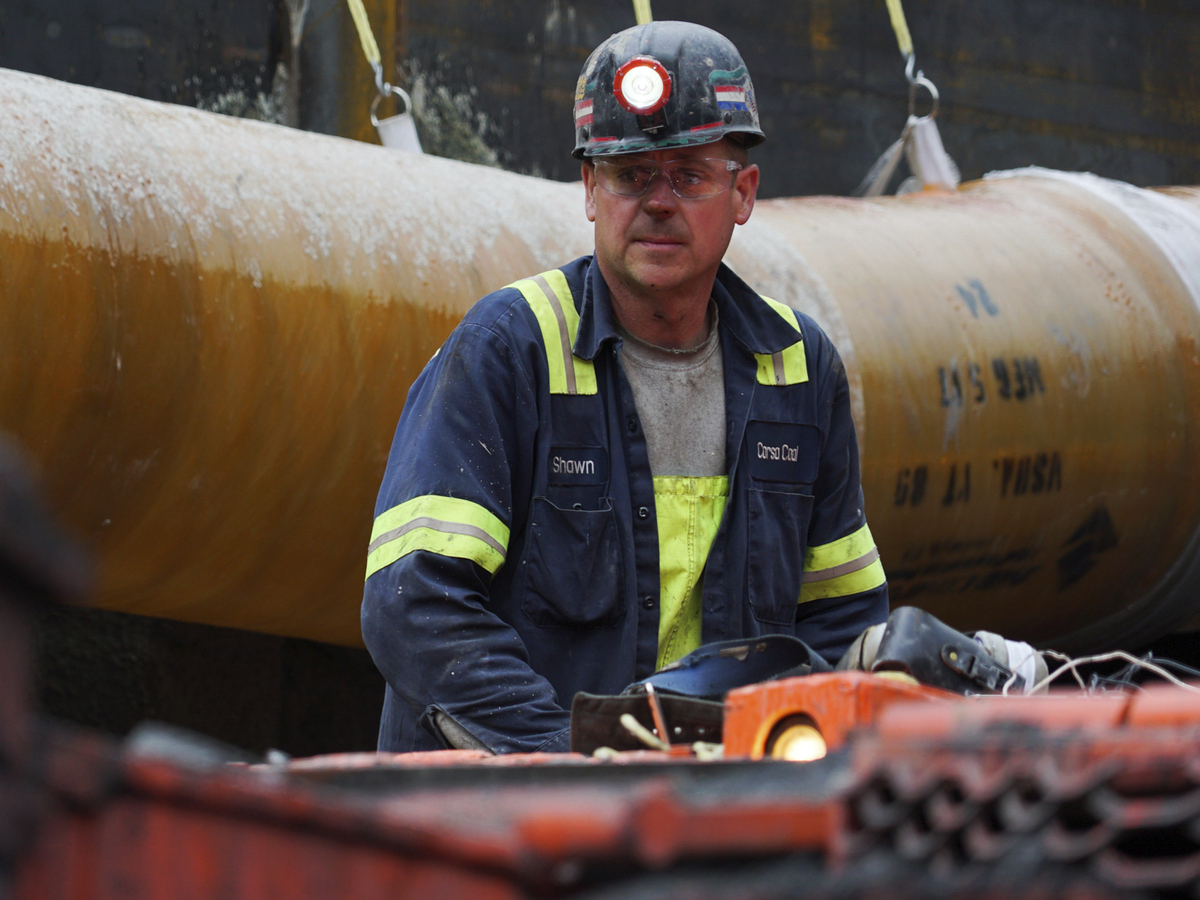 A coal miner in Friedens, Pa., on June 7, 2017. President Donald Trump referred to the mine's opening during a speech announcing his intent to withdraw from the Paris climate accords.

When President Trump was first elected, few energy analysts believed he could bring back the coal industry, or reverse the momentum of renewable energy. But, coal's fortunes have improved this past year due to a stronger export market, and the effort to repeal the Clean Power Plan. Still, experts foresee a long-term decline. Coal-fired electricity plants are too expensive compared to natural gas, and are continuing to shut down despite full-throated support from the administration. Lifting the moratorium on new coal leases on federal land has not resulted in a single new coal lease in Wyoming, according to Travis Deti, head of the Wyoming Mining Association.

Likewise, at least some oil and gas lease sales on federal land have been met with a tepid response from industry. In December, only seven bids were received for parcels on over 10 million acres offered in the National Petroleum Reserve in Alaska, less than one percent of the acreage for sale. Similarly, a lease sale in Utah for 94,000 acres left 40,000 acres without an acceptable minimum bid.

Still, while renewable energy such as solar and wind continues to expand, some things suggest challenges ahead:

Alisa Barba is the Executive Editor of Inside Energy, a public media collaboration focused on America's energy issues.