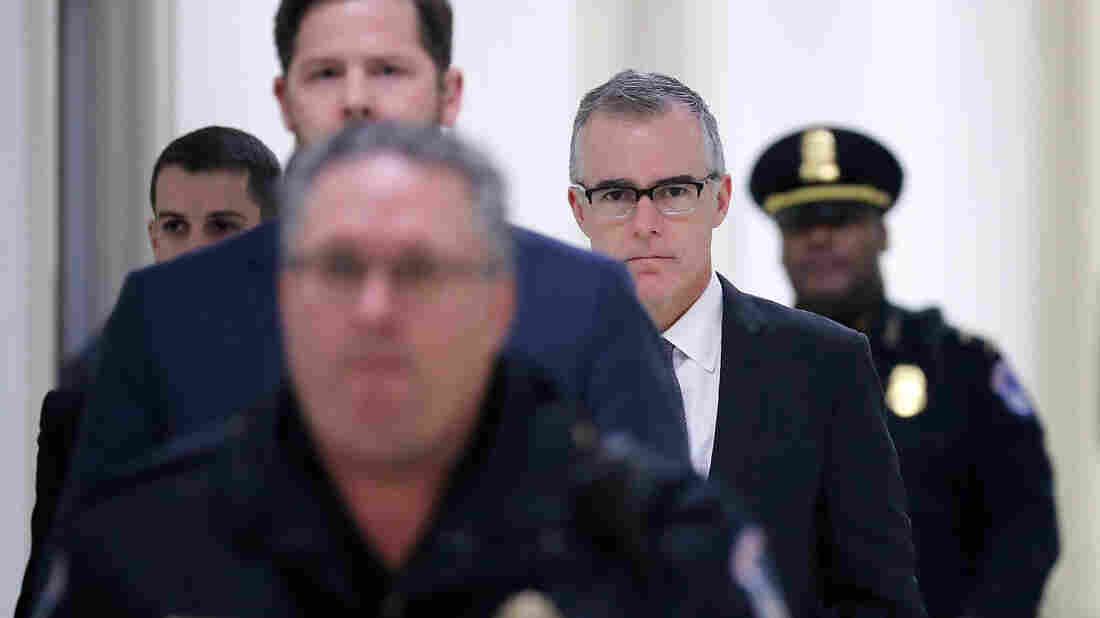 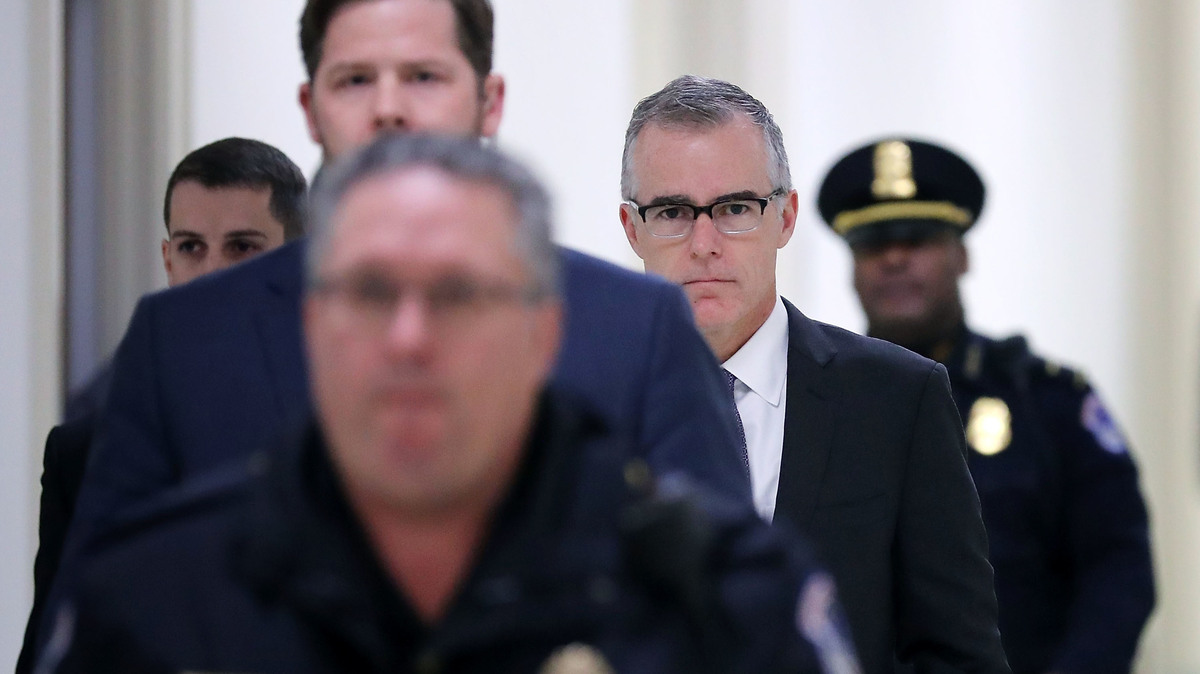 FBI Deputy Director Andrew McCabe is Capitol Hill on Thursday for a meeting with members of the House Oversight and House Judiciary committees.

This week in the Russia investigations: The Mueller Wars rage behind the scenes, Republicans may get their Clinton uranium inquiry, and the Senate Intelligence Committee looks into Russia and the Jill Stein campaign.

The sharks are circling

President Trump says Justice Department special counsel Robert Mueller is safe. Reporters shouted a question about whether he was planning to try to fire him:

The president has many allies, however, who do want Mueller gone. Or they want to take him, the FBI and the Justice Department down a peg.

The worse those institutions look, the easier it might be, down the line, to dismiss anything that comes from Mueller's team as the product of Democratic "bias" — or altogether invalid.

Trump is going along with at least that much. When reporters asked him about a complaint that Mueller's team had improperly obtained emails from the presidential transition office, he said, "It's not looking good. It's quite sad to see that. My people are very upset about it."

According to their critics, not only are Mueller and his team partisan Democrats, but they're also bad investigators. Opponents say that anything that derives from the emails — facts gleaned in interviews that quote them, for example — might be fruit of a poisonous tree, as lawyers say. Translation: possibly inadmissible in court cases.

Mueller's office is under a gag order as part of its prosecution of ex-Trump campaign chairman Paul Manafort, and more broadly, talking to the press is not Mueller's style. So he and his team seldom fire back. But a spokesman issued a rare late-night statement that said all evidence the special counsel's office obtains is done so properly.

Trump's allies continued their work through this week: Deputy FBI Director Andrew McCabe made separate visits to Capitol Hill for some 14 hours' worth of closed sessions with three House committees — Intelligence, Judiciary and Oversight. The behind-closed-doors sessions displeased Republicans who were already angry with McCabe to begin with.

His wife, Jill, ran for state office in Virginia as a Democrat before McCabe became the bureau's No. 2. The Justice Department says they followed the appropriate ethics protocols, but the McCabes have been a political target since the 2016 campaign season.

Rep. Jim Jordan, R-Ohio, who sits on the Judiciary Committee, has been out front with charges against the FBI. He said Tuesday that the feds had plotted to undermine Trump's campaign during the 2016 cycle.

"I think they were putting together a plan to keep Donald Trump from becoming the next president of the United States," he said.

On the same day, the FBI Agents Association called for those kinds of comments to stop.

"Attacks on our character and demeaning comments about the FBI will not deter agents from continuing to do what we have always done — dedicate our lives to protecting the American people," the professional group said in a statement. "The true story of the FBI cannot be reduced to partisan talking points."

So as Washington, D.C., emptied out for the holidays, the battle lines were well-drawn: the White House was aloof and the Senate was sedate, but elements in the House remained white-hot.

Depending on the events of 2018, if Trump were to change his mind and try to lean on Rosenstein to remove Mueller — or to replace Attorney General Jeff Sessions or to take some other action to achieve the same ends — a great deal of political groundwork would already have been laid.

Attorney General Jeff Sessions has directed Justice Department lawyers to begin asking FBI investigators about the much-discussed 2010 uranium mine sale that may have involved some payments to the Clinton Foundation, NBC News reports.

Hillary Clinton was secretary of state when the Obama administration approved the deal, in which Russia's state nuclear agency bought a Canadian company that had some American uranium mining operations. Clinton's camp says she wasn't involved with the transaction. People involved in this uranium game, however, did make big donations to the Clinton Foundation.

This story isn't about national security or purported Russian control over American nuclear material, as it has sometimes been described. It's about the transaction itself, which, at the time, may have raised some eyebrows within the U.S. government.

No charges resulted, but Sessions has told members of Congress that he'll look into the case in response to calls for a special counsel focused on the FBI's past handling of the Clintons.

There are rules that govern the appointment of special counsels, and neither Sessions nor Deputy Attorney General Rod Rosenstein have given a solid indication that they would agree to appoint one. But the NBC report confirms that the preliminary inquiries appear to be underway. 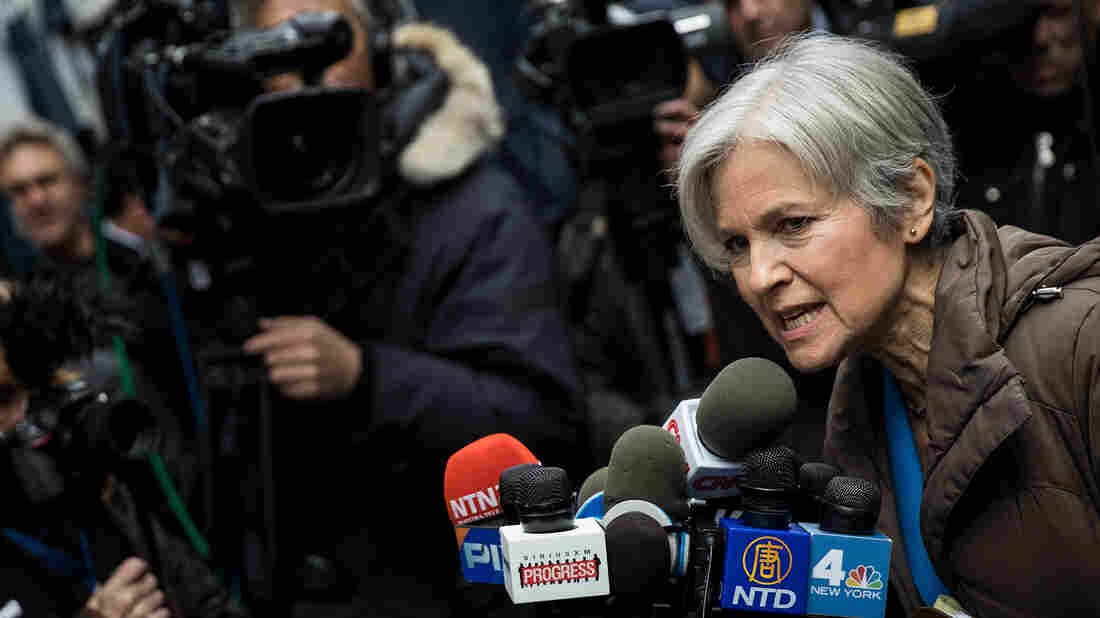 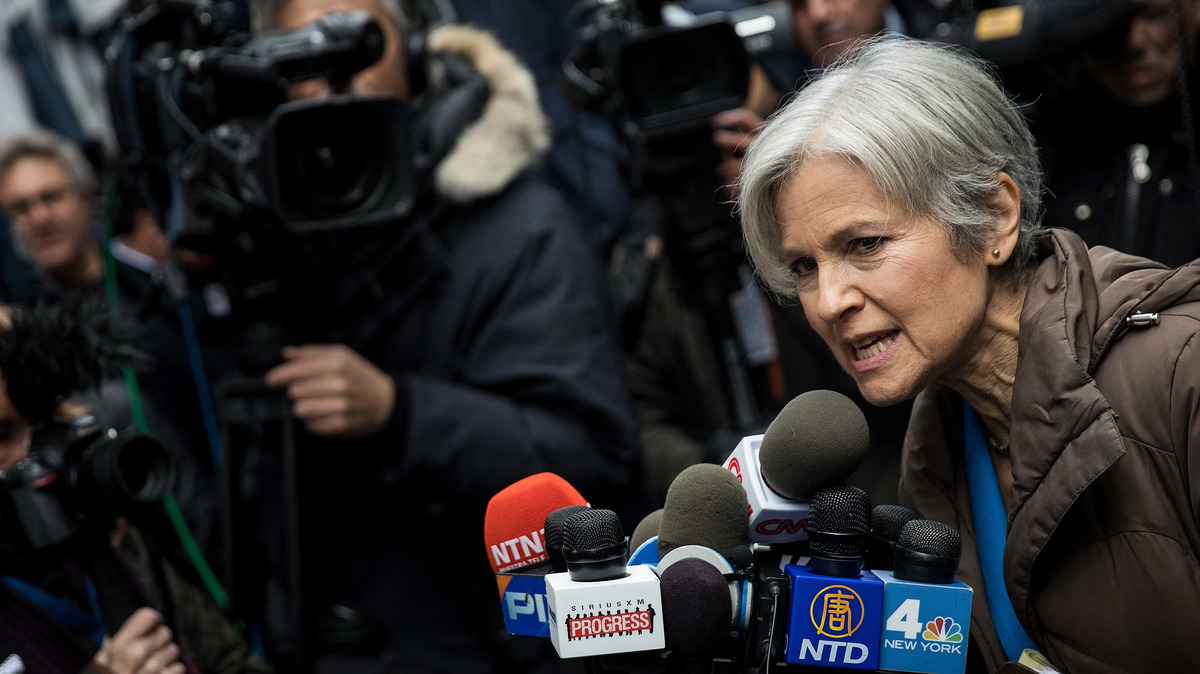 Green Party presidential candidate Jill Stein speaks at a news conference across the street from Trump Tower in December in New York City.

Remember Jill Stein? She was the Green Party's 2016 presidential nominee — and she has been asked to provide materials about Russian election interference to the Senate Intelligence Committee. She traveled to Moscow in 2015 for the same gala dinner with Russian President Vladimir Putin as did retired Lt. Gen. Mike Flynn.

"We are cooperating with the committee, but we weren't born yesterday," Stein wrote to supporters. "While interference in our elections is something we take seriously ... the investigation must not be allowed to become a tool for intimidating and silencing political opposition to the two corporate political parties."

Why is the Senate committee interested in Stein? One reason could be the role she played in the 2016 saga after Election Day: She challenged the results of the vote in three states. Ultimately, she succeeded in getting a recount in only one, Wisconsin, which verified its initial results: a Trump victory.

But Putin's campaign of "active measures" against the U.S. was aimed at throwing gasoline on the political fire. Russian-linked fake accounts encouraged anti-Trump protests after Election Day, even though the bulk of the Russian effort was aimed at helping Trump win. WikiLeaks said in messages to Donald Trump Jr. that if his father lost — "loses" was itself in quotations — "we think it is much more interesting if he does not concede and spends time challenging the media and other types of rigging that occurred."

This brings us back to Stein: If Russians encouraged or underwrote Stein's challenges after Election Day as part of their ongoing campaign of active measures, Senate committee investigators want to know.

Steve Bannon and Corey Lewandowski, two of the top minds in the Trump 2016 operation, have been invited — not subpoenaed — to talk with the House Intelligence Committee next month, Bloomberg reports.

Meaning what? Bannon scoffs at "collusion" charges, but he has also made some choice comments about his enemies in Trumpworld, including senior adviser Jared Kushner. Bannon told Vanity Fair that Kushner acted foolishly in "taking meetings with Russians to get additional stuff" following offers of dirt on Hillary Clinton. But there is no word whether Bannon or Lewandowski will actually talk with members of the House Intelligence Committee or to the special counsel's office about this.

The social media behemoth says it's going to start using "related news" as a way to defang suspicious stories, instead of its "disputed" flags. It's also going to start working behind the scenes to learn more about how users decide what information is reliable or not.

Meaning what? Congress and the press may have moved on from the role social networks played in the 2016 "active measures" campaign, but Big Tech has not. Silicon Valley wants to keep federal legislation or regulation at bay by making the case that it can take care of these issues itself.

Election Strife, Protest And Noise: In 2017, Russia Cranked Up The Volume